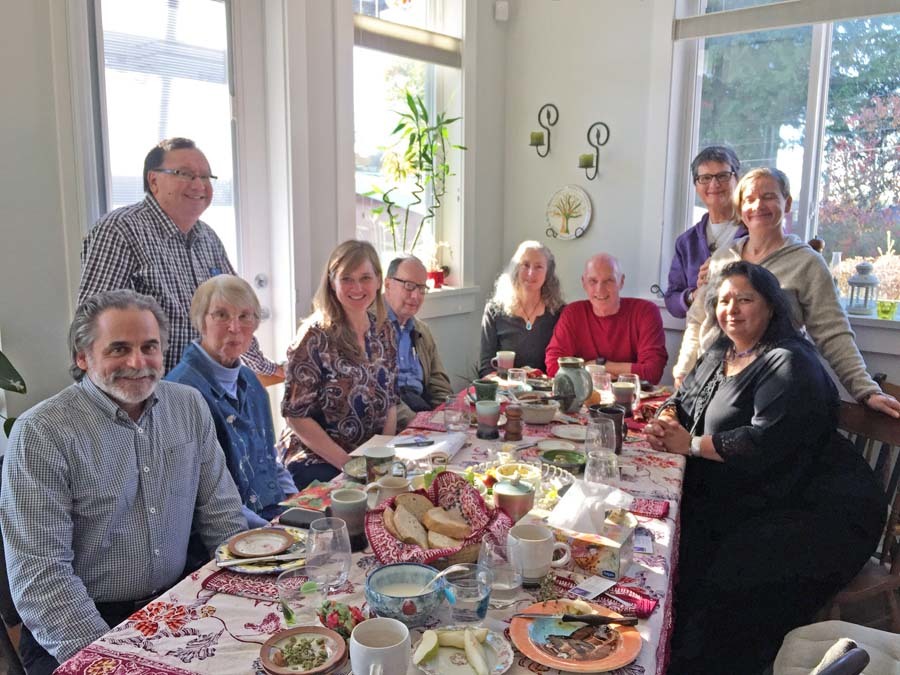 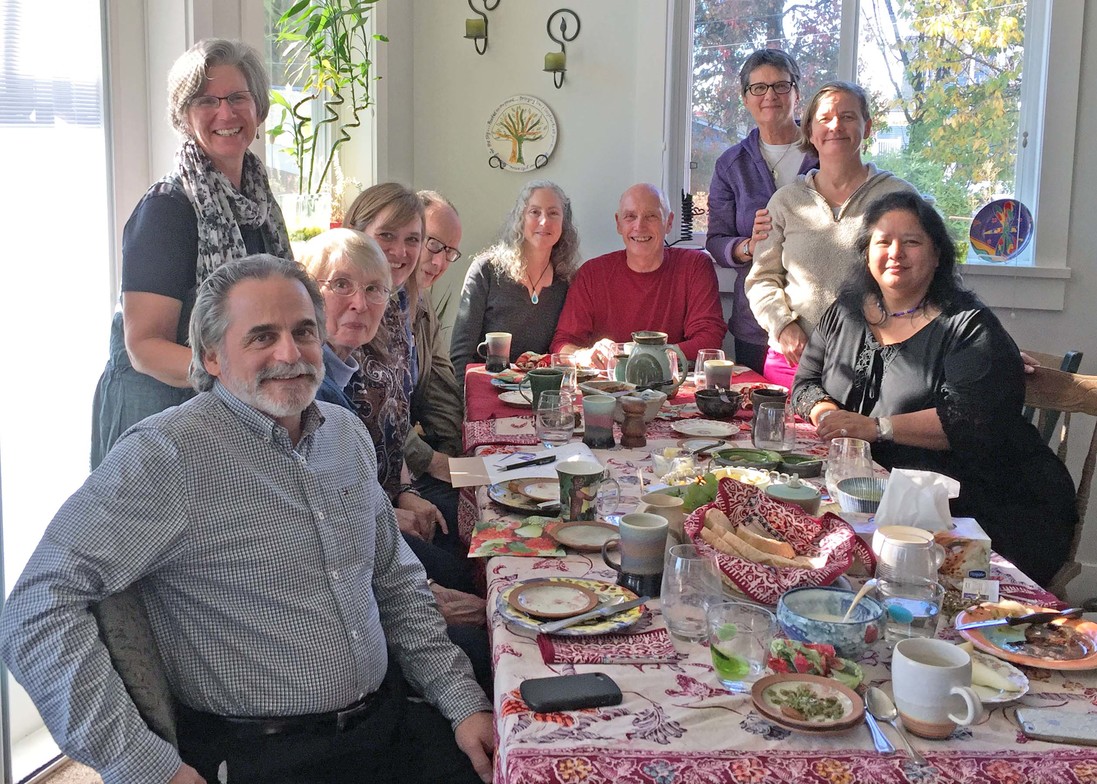 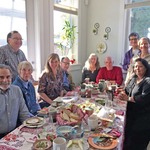 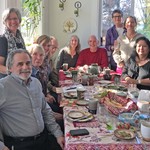 On Friday, October 27, KAIROS Executive Director, Jennifer Henry and Program Manager Ed Bianchi made a brief stop in Vancouver on their way back from a national steering committee meeting in Victoria.

The Anglican Church of Canada is a member of KAIROS and the Diocese of New Westminster is connected to and involved with KAIROS programming. Jennifer and Ed were able to have lunch with local members of KAIROS, BC representing the Anglican, United, Roman Catholic churches, Quakers and First Nations partners. The Reverends Margaret Marquardt and Emilie Smith were present from the Diocese of New Westminster.

Ed Bianchi is seated in the foreground on the left and Jennifer Henry is the third person seated from the left. Standing on left in this version of the group photo we see local KAIROS coordinator, Janet McIntosh.