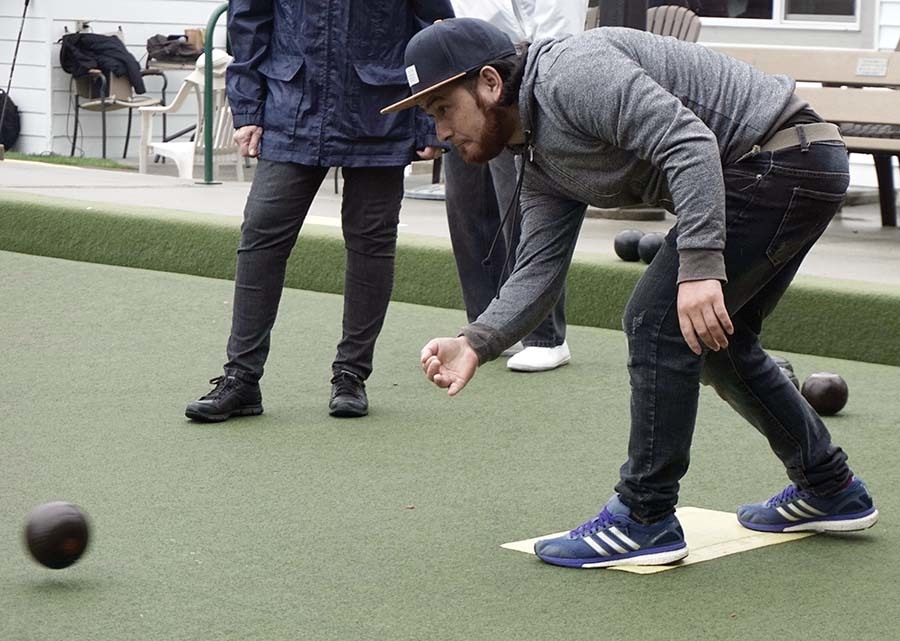 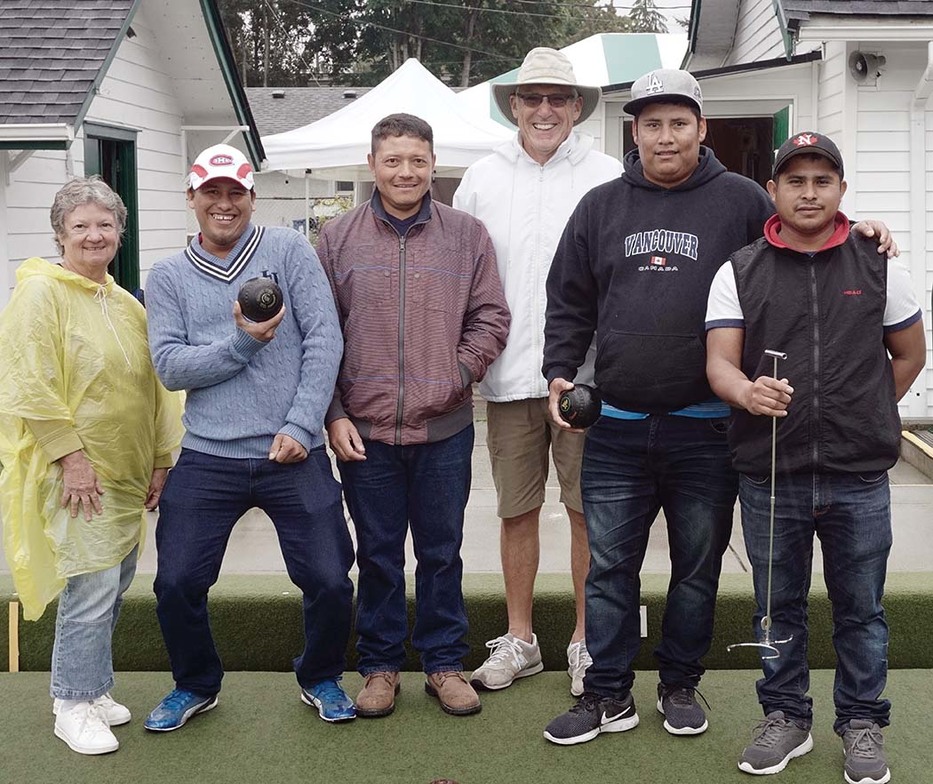 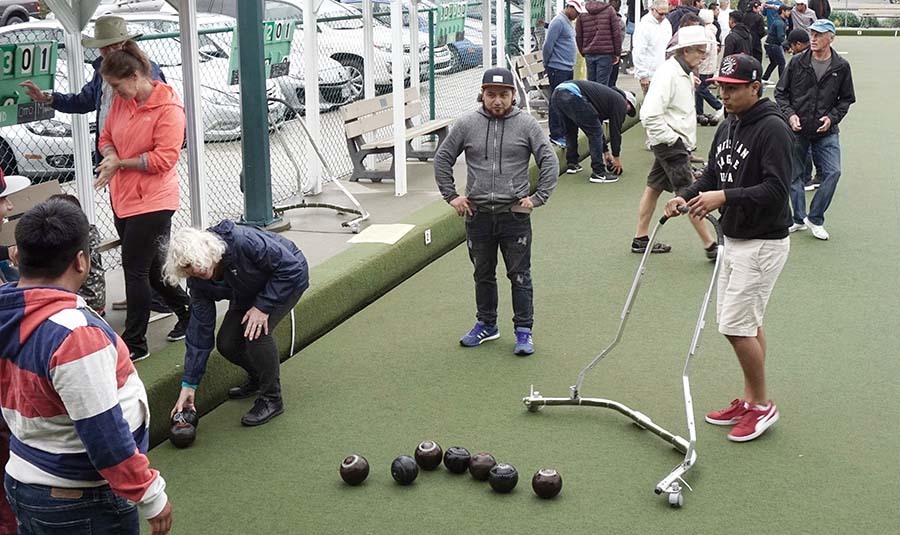 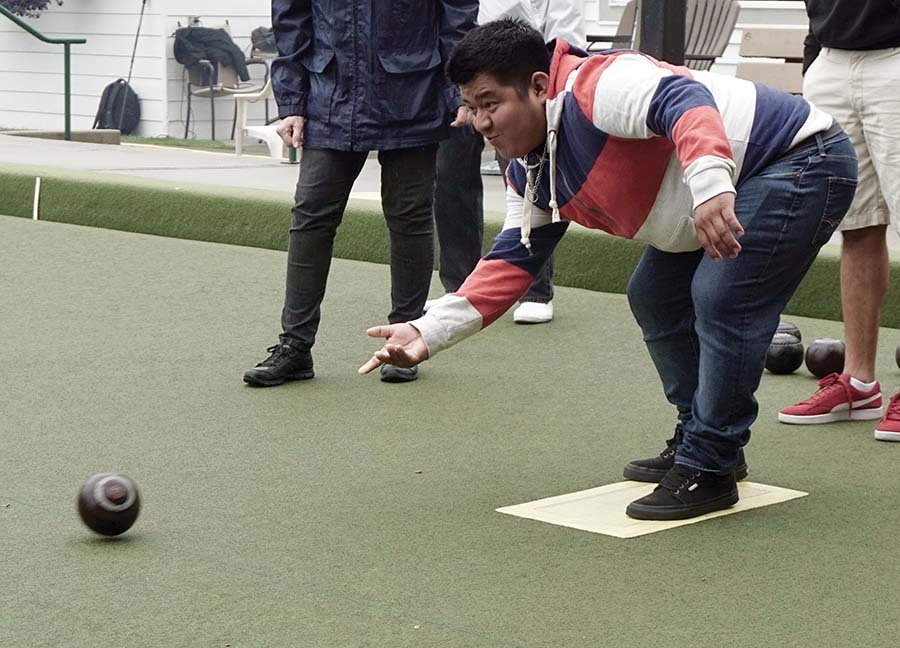 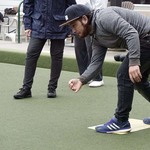 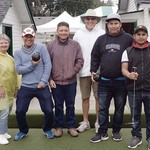 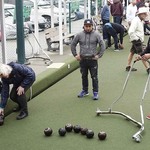 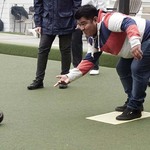 The subject line was clear on the email sent out the morning of September 9.

Rain or shine, the Migrant Workers Bowling and BBQ is on today.

The message went on to say that we would make the best of it and called for all club volunteers to show up at 1pm, as planned, to set up.

It’s hard to believe that after two months of unending sunshine, that it decided to rain on the very day that the Ladner Lawn Bowling Club had invited the local migrant workers for an afternoon’s fun on the Club’s green.

Although the Guatemalans are guest workers in our community, for many of us they are more like ghost workers. We don’t get to interact with them much. For sure, language is an issue; working hours are a factor too. They spend most of their time at the greenhouses where they are employed, cycling in to Ladner from time to time to do a little shopping at Save-On or the Dollar Store.

So when club president Garry Parenteau and Cedar Park Church member Jon Pelen came up with the idea of inviting the workers to try their luck at lawn bowling, it turned out to be a win-win-win. The workers got an afternoon out, the bowling club members got a chance to teach the game to a group of keeners, and Cedar Park Mennonite Church got to expand their ministry to the migrant workers.

On Sunday last, close to forty workers showed up. They are a quick study. The object of the game is simple: get your bowl nearest the little white ball. Instructions were translated by those who spoke Spanish. Charade-like gestures were used by our monolingual members. There was a lot of laughter, what sounded like friendly ribbing among the workers and some surprisingly good bowling. Despite less than ideal conditions, I think the workers had a blast.

While everyone was enjoying themselves outside, a number of the club volunteers were working away indoors, cooking hamburgers and making salads. When the weather turned ugly, play was halted and everyone retreated to the pavilion to enjoy a meal together.

Later, the workers were transported to the Cedar Park Church, where a games room was made available. The workers whiled away an hour or so before the day was capped off with a concert of English, Mexican and Guatemalan music in the church sanctuary.

I can’t say for sure if this once-a-year social will make for instant friendships between Ladnerians and their guest workers, but it’s a start. And the locals - unwittingly - have been living out Hebrews 13:2.

Be not forgetful to entertain strangers: for thereby some have entertained angels unawares.