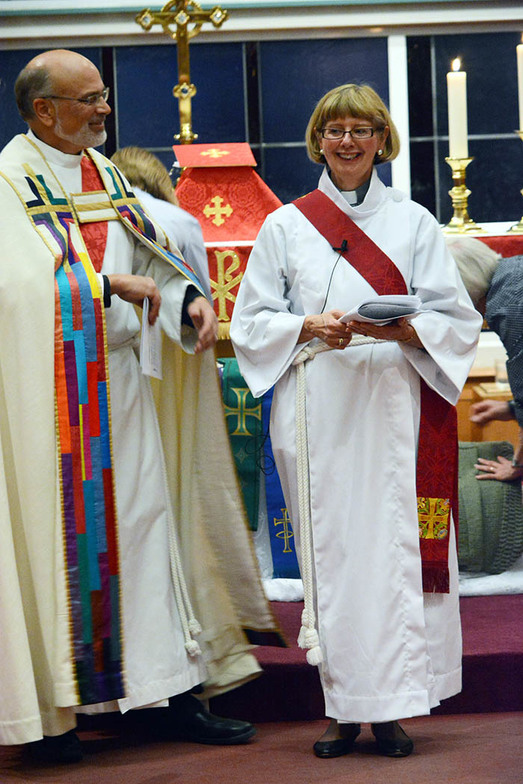 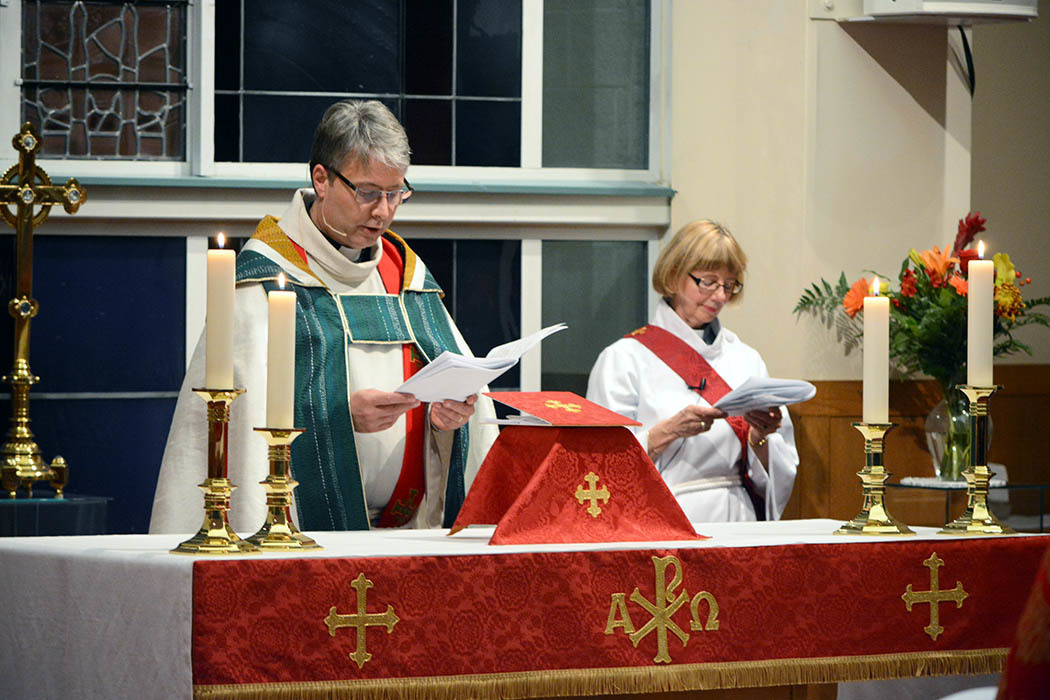 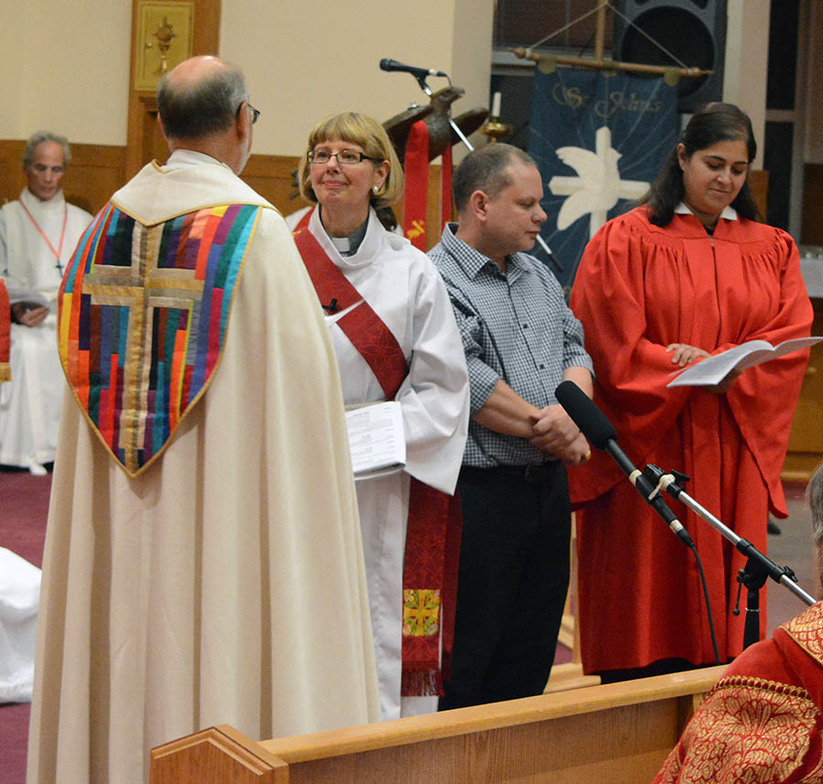 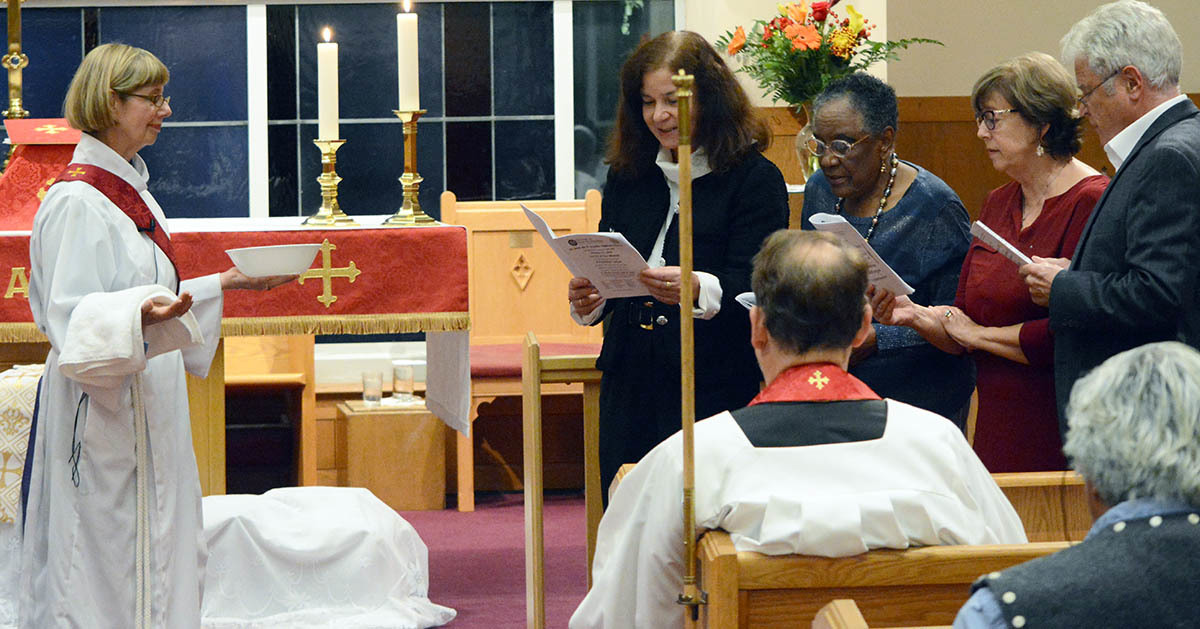 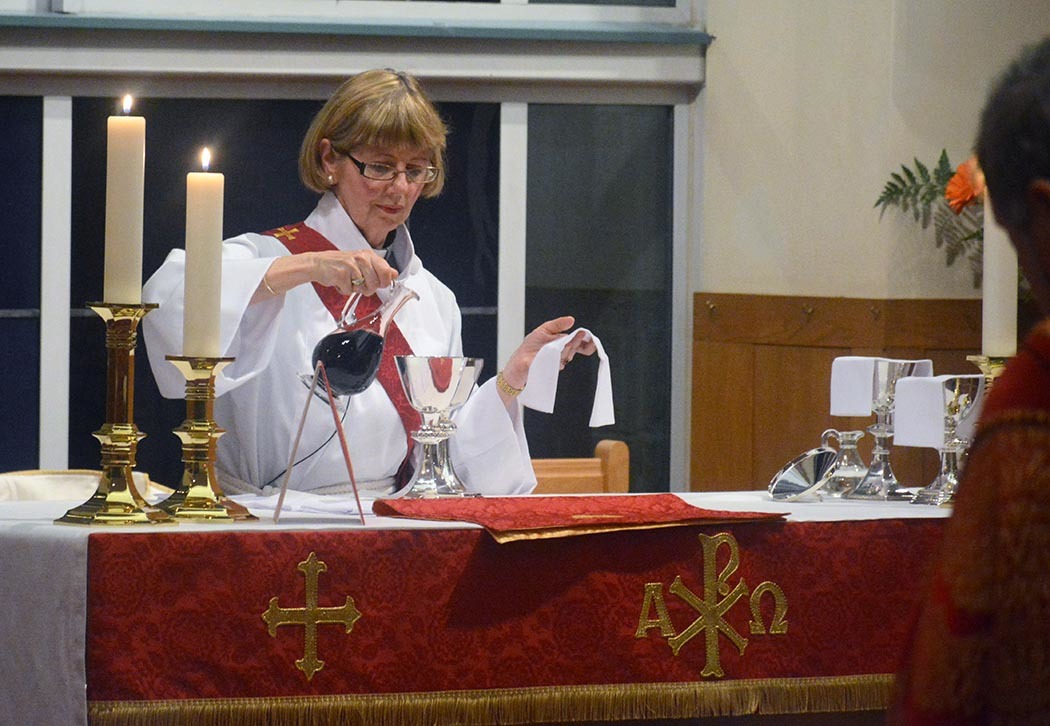 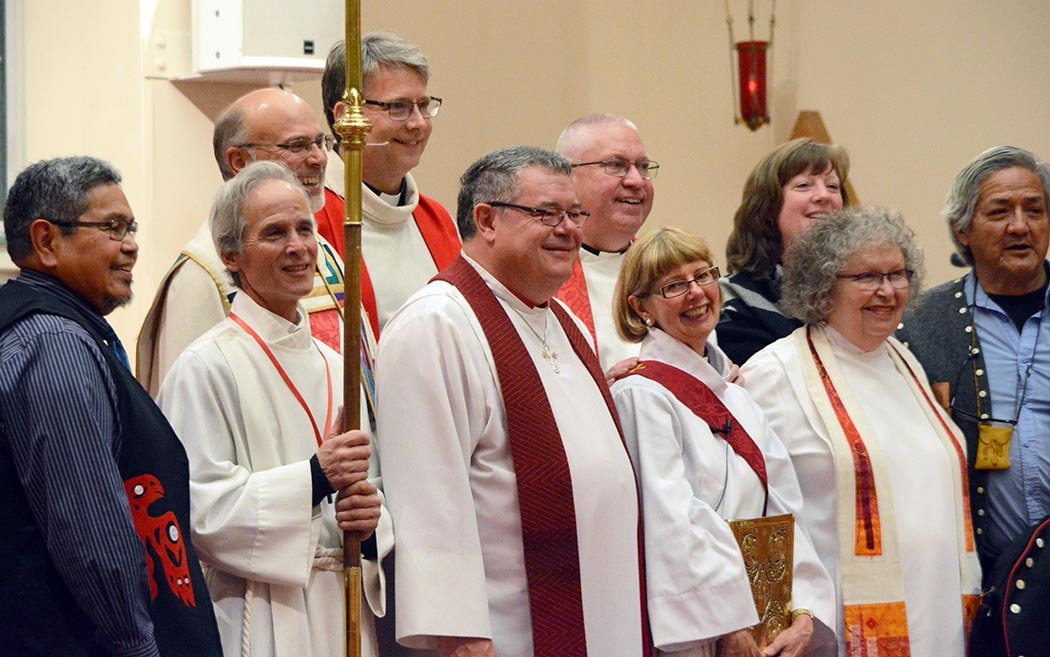 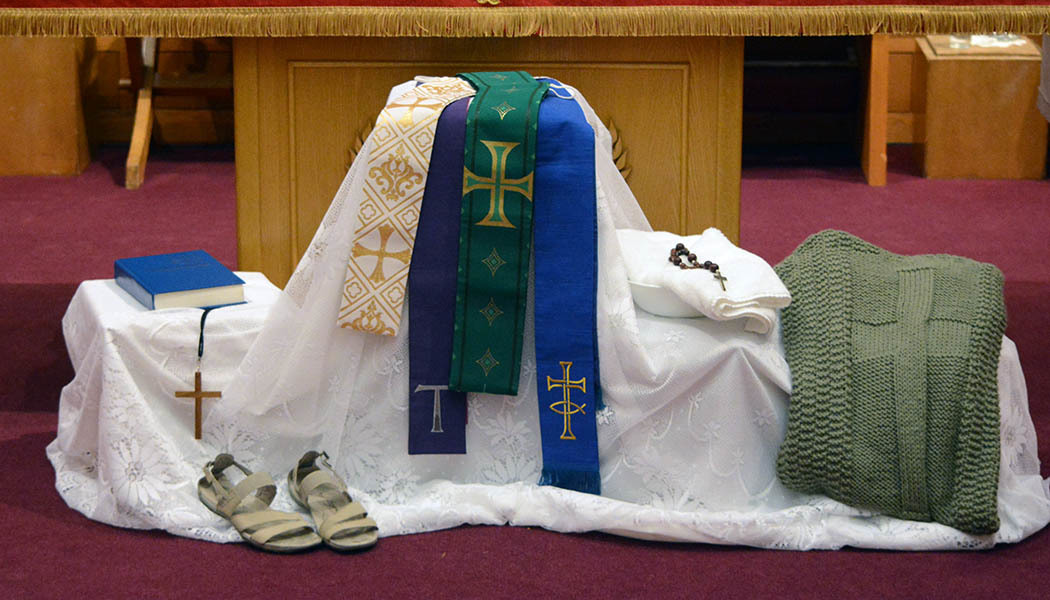 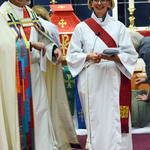 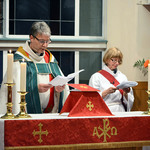 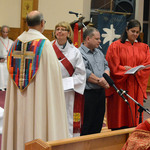 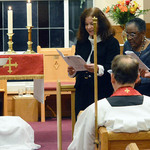 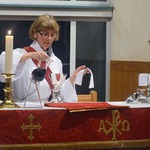 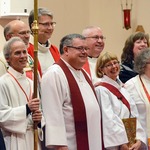 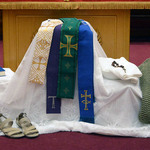 The Celebration of a New Diaconal Ministry for the Reverend Juanita Clark and the Parish of St. John the Evangelist, North Vancouver.

A new diaconal ministry was celebrated with a Eucharist for the Feast of St. Luke (transferred to October 17) at St. John the Evangelist, North Vancouver. The Reverend Juanita Clark, a cradle Anglican recently retired after more than 36 years from her government work in Aboriginal Affairs and Northern Development has been very much on a path to ordained diaconal ministry in recent years.

Raised up through discernment by the Parish of St. John the Evangelist, educated at Vancouver School of Theology (VST) and welcomed as an intern at St. James' for nine months under the guidance of the Venerable Kevin Hunt, Juanita was ordained to the diaconate by Archbishop Skelton, June 23, 2018, and began her new role as Deacon at St. John's.

Juanita and St. John's rector, the Reverend Patrick Blaney proposed the idea for this liturgy in conversation with Archbishop Skelton, and the worship that took place on October 17 was the product of those discussions.

The liturgy was quite similar in form to the installation of a priest as vicar or rector of a parish. It included the Covenant in Ministry, which began with the new deacon being presented by the wardens, Yasmine Bia and Chris de Beaupre and “certifying that the required oaths and declarations have been made, and that the letter of appointment, parish covenant and license are in order.” The Covenant in Ministry further contained an examination of the new deacon and the congregation by the Archdeacon for Deacons, a presentation of symbols of diaconal ministry (a Gospel Book to hold the Scriptures that the new deacon will proclaim, a basin, a towel, sandals) participated in by members of the parish who offered the following prayer prior to the Archdeacon for Deacons presenting Juanita as the parish’s deacon:

Juanita, we look to you to help us interpret to the Church the needs, hopes and concerns of the world and to inspire us to make Christ’s redemptive love known to those outside our walls. Be among us as one who leads us into the world for Christ’s sake.

There was an excellent turnout of parishioners from St. John's, along with others from the North Vancouver Deanery, and a large contingent from St. James’. Along with the aforementioned Archdeacon Bruce Morris as officiant, the Archdeacon of Capilano, the Venerable Stephen Muir presided at the Eucharist; Indigenous Justice Coordinator for the Diocese of New Westminster, Jerry Adams gave the territorial acknowledgment in the language of the Nisga 'a; parishioner, Carol Iker was the intercessor; Kelvin Bee of St. James', an Elder of the Kwakwaka'wakw First Nation and member of St. James’ offered a song during Communion, Reverend Father Matthew Johnson read the Epistle and the Reverend Judith Hardcastle shared the Old Testament reading.

The preacher was Juanita's rector during her time as a member of St. Paul's, the Reverend Neil Gray. Fr. Neil, recently retired from full time parish ministry as Rector of Holy Trinity, White Rock is currently an honourary assistant at St. James' and Christ Church Cathedral.  In his diocesan role he is one of two chaplains to the retired clergy of the diocese. In his sermon he joyfully admitted that Luke the Evangelist is his "favourite" and he connected Juanita's journey to ministry to the Gospel passage proclaimed that evening, Luke 4: 14-21. "The Spirit of the Lord in upon me, because he has anointed me to bring good news to the poor.”

Music in worship was led by a quartet of excellent singers all members of St. John's Choir led by the choir director, Christie Smith who was one of the four. They were accompanied by St. John’s musician, Galina Martyniouk who also accompanied the congregational singing, playing organ and piano. The quartet was tremendous and their repertoire was varied and challenging and they were up to the task.

The new liturgy was joyful and prayerful, and was a great “official” start to the Reverend Juanita Clark’s ministry.

All in all the "first" Celebration of a New Diaconal Ministry Eucharist was an unqualified success and may pave the way for more to follow.