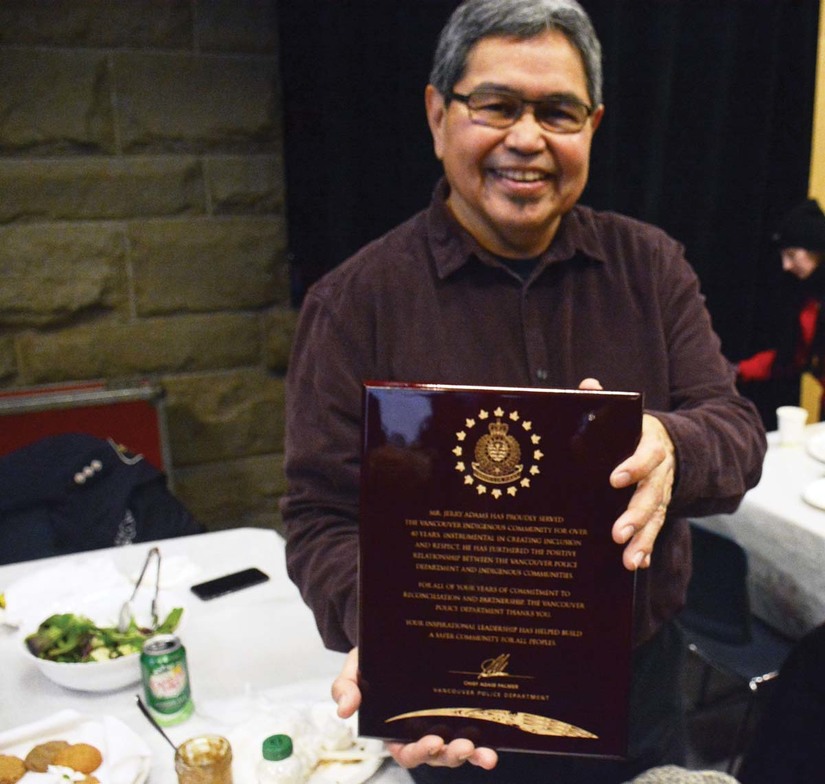 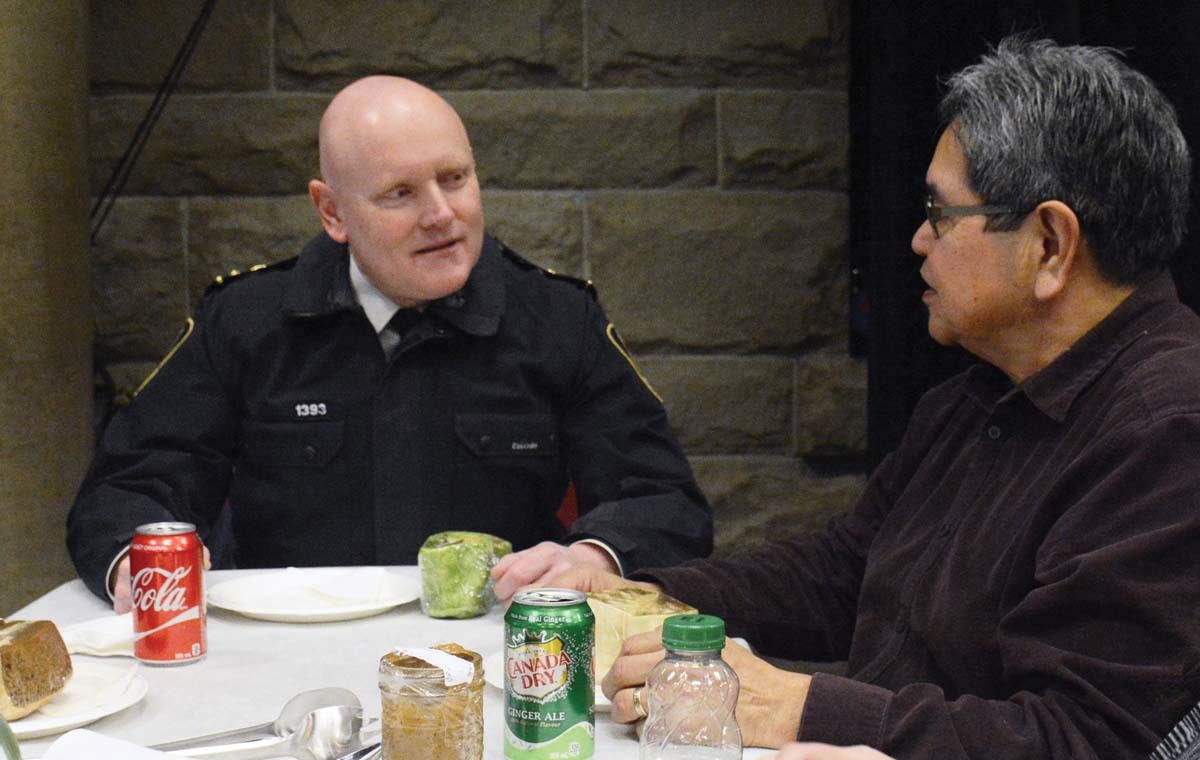 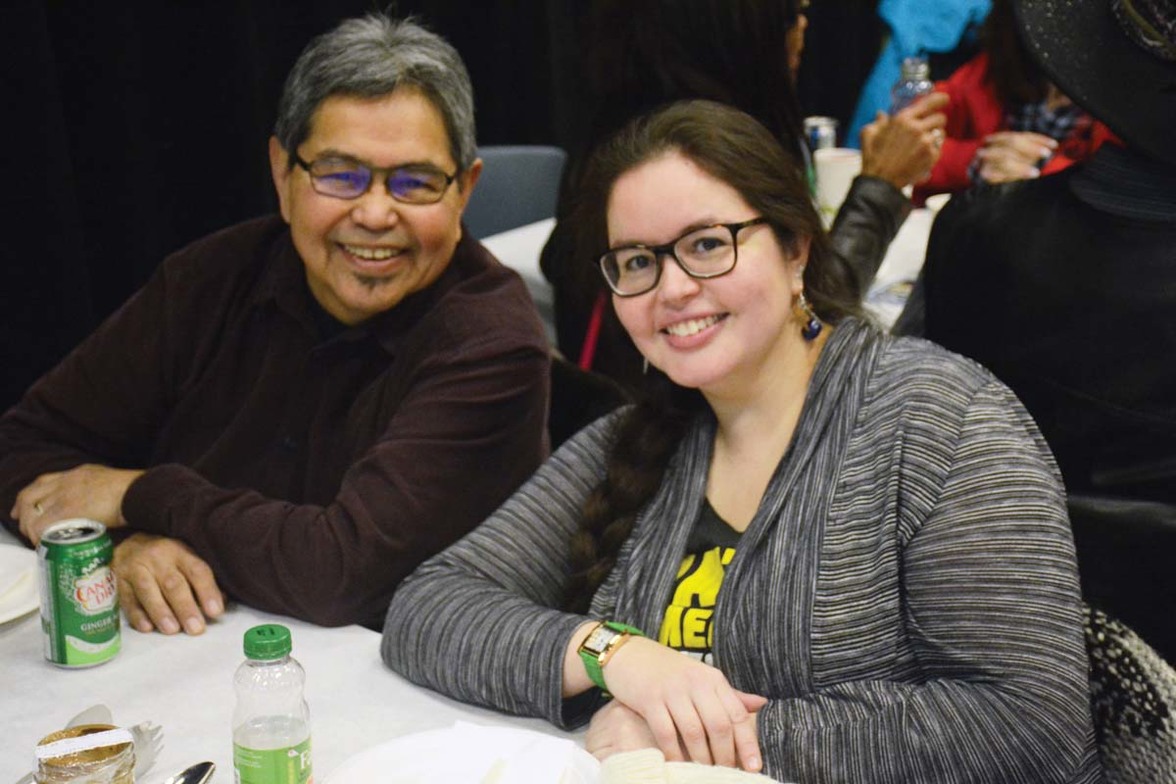 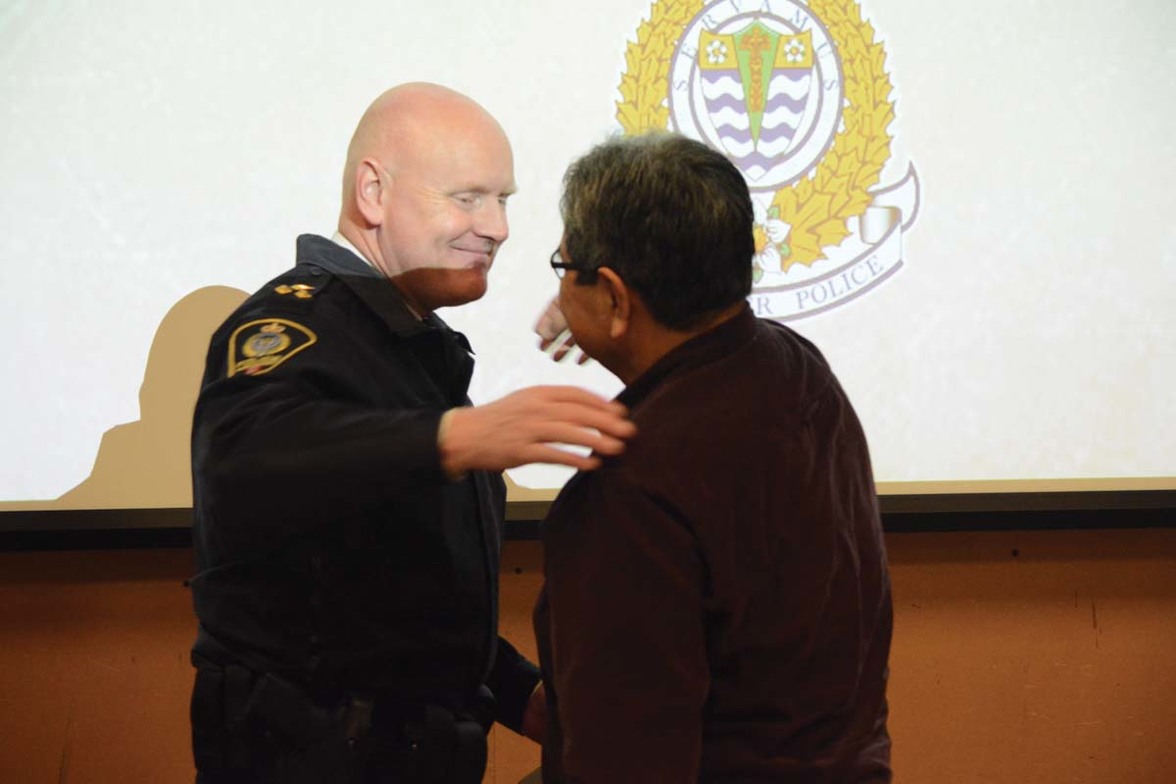 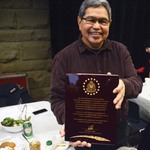 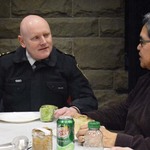 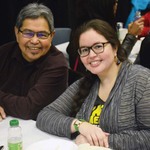 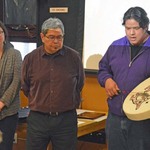 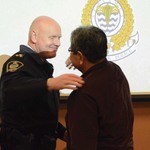 At 11:30am on Friday, February 23 the most intense snowfall of the 2017 - 2018 winter season brought travel in the Lower Mainland to a slippery halt. However, that did not prevent the 100 or more people from packing the gathering room (theatre) at the Carnegie Centre located at Main and Hastings in the downtown eastside to have Lunch with the Chief.
The Chief referred to is Vancouver Police Department (VPD) Chief Constable Adam Palmer and the special guest being honoured at the lunch, long time St. James' parishioner and current Interim Indigenous Justice Coordinator for the Diocese of New Westminster, Jerry Adams.
Jerry was honoured for his more than 40 years of mentoring, teaching and caring for the most vulnerable young people in the community, primarily the downtown eastside of Vancouver. Prior to the presentation of the plaque emblazoned with the VPD crest, Chief Constable Palmer shared a biography of Jerry Adams that included the details of his long career in social services.
However, the focus of Chief Palmer's presentation was about Jerry Adams the leader and how through his leadership he changed the lives of so many of the young people he came in contact with.
He began by saying, "Jerry exhibits a quiet, confident leadership style which captivates people."
He concluded his comments with these words from Lance Secretan, a world renowned expert in leadership theory and practice:

"Leadership is not so much about technique as it is about opening the heart….Leadership is not a formula or a program, it is a human activity that comes from the heart and considers the hearts of others. It is an attitude, not a routine….. If there is one thing a leader can do to connect with followers at a human, or better still, a spiritual level, it is to become engaged with them fully, to share experiences and emotions, and to set aside the processes of leadership we have learned by rote."

After sharing the quote and before calling Ian Bee up to honour Jerry with a song, the Chief concluded his remarks by saying "That's Jerry. More than anything Jerry is a leader, not because he set out to be, but because he has 'heart'. And for that I know many people are grateful to him!"
IMAGES

(The preceding is an excerpt from the feature length article that will appear in the April 2018 issue of Topic the publication of the Diocese of New Westminster.)