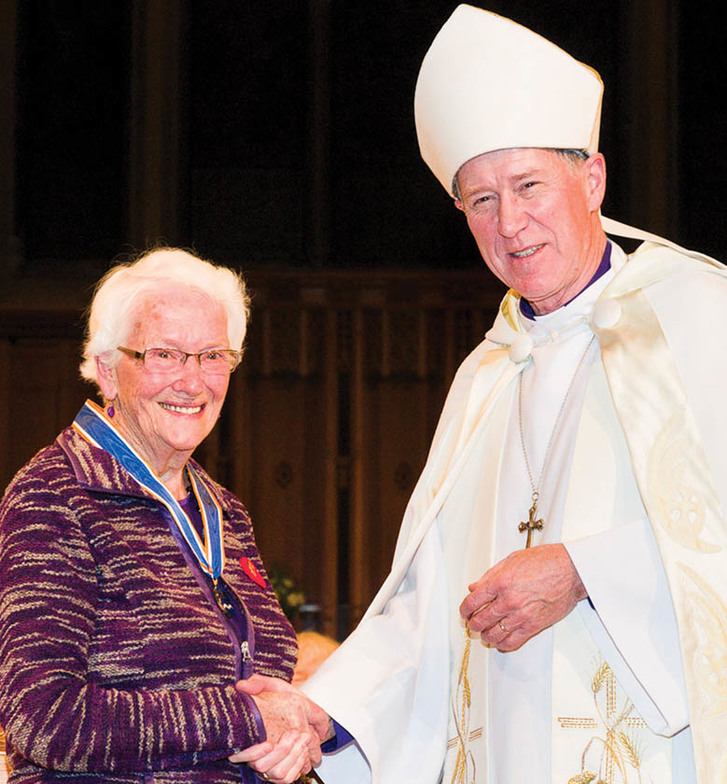 On October 24, 2022, beloved Mum, Nana, Great-Nana and dear friend, Margery Violet Skerry of Mission City passed away at the age of 100. Leading up to her passing in hospice, Margery was surrounded by friends, family and lots of love and laughter.

She was predeceased by her husband, Wilfred; son, Alan; and son-in-law, Larry.

Margery was born in Beeston, England and lived in England until she met her husband, a Canadian soldier, Wilfred. After Wilf was demobilized, he returned to Canada and Margery followed with a new baby to Didsbury, Alberta where they lived for a few years and had another daughter and a son. The family moved to Mission, BC where Wilf had a job working for the Fraser Valley Record newspaper. Here they lived on Ferguson Avenue for 37 years and had two more sons. The family suffered a great loss in 1978 when eldest son, Alan, unexpectedly and tragically died in a skiing accident.

As Wilf and Margery slowly became empty nesters, they took every opportunity to live life to the fullest - such activities included camping, canoeing, hiking, cross-country skiing, square dancing and traveling to England, Australia and New Zealand and many parts of Canada. In 2000, Wilf passed away and Margery, yet again, persevered and found herself adapting to a new life. She remained very active and continued to travel the world, took up golfing and even did the Grouse Grind at age 79!

Margery’s lifelong dedication to the church was recognized in 2013 when she in invested into the Order of the Diocese of New Westminster. Margery’s selfless work for her church included, but was certainly not limited to, starting a children’s choir, teaching Sunday school, accepting the role of secretary, serving on the Church Council, helping form a prison ministry at the Mission Prison, serving monthly dinners to her community, fundraising by baking pies and even when her eyesight was declining she managed to still find a way to help by putting the Sunday bulletin together. Her Citation reads:

Margery has been involved in the life of the Anglican Church since her arrival in Canada as a war bride. She has been very active in many parish ministries over the years. Now in “retirement,” she continues to make pies for the Outreach Program and volunteering in the church office.

It is impossible to capture what a remarkable person she was - the world was gifted 100 years of love, humour, compassion, and strength. Margery was a friend to everyone and saw the good in all people; she was a trusting and non-judgmental confidante for so many and will be dearly missed. We will especially miss her hilarious stubbornness, catching up over a cup of tea and, of course, her whistling.

A memorial service was held at All Saints, Mission on November 12.

The family wishes to send a special thank you to the staff at The Cedars and the volunteers and nurses at the Mission Hospice. Receiving congratulations from the Most Reverend Fred Hiltz then-Primate of the Anglican Church of Canada upon investiture into the Order of the Diocese of New Westminster, Sunday, November 3, 2013