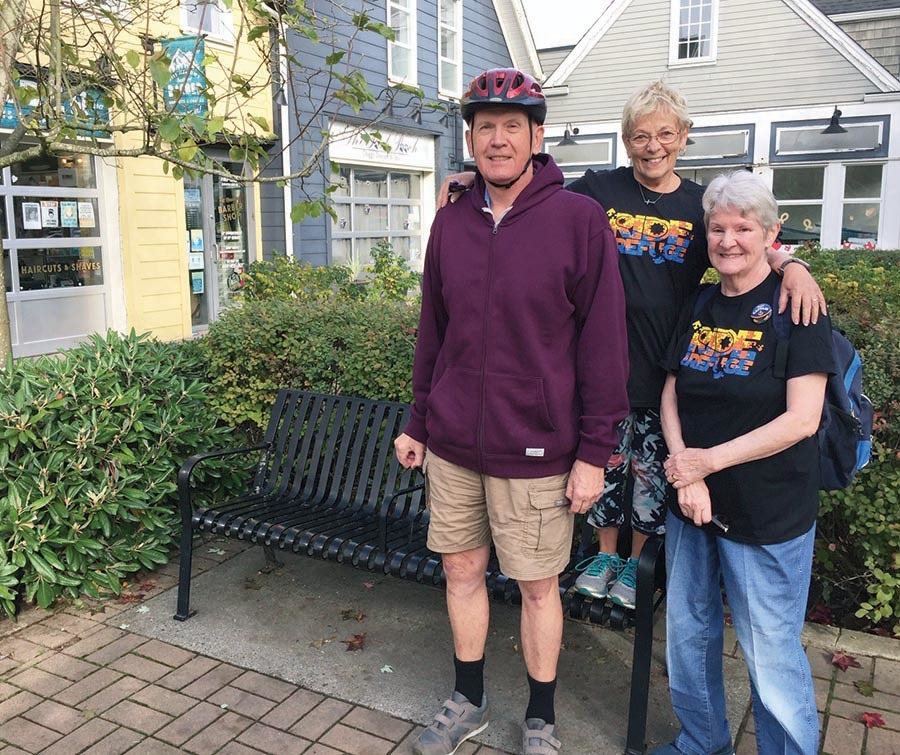 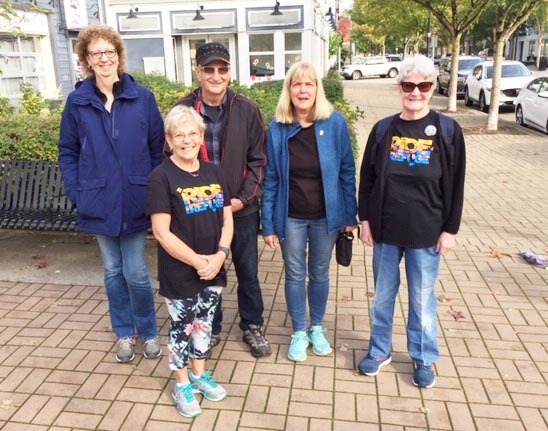 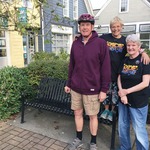 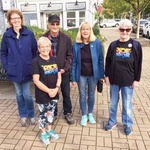 Many thanks to the Rector's Warden of St. John the Divine, Maple Ridge, Janet Coghlan for sending in these two photos from the October 2 efforts to raise money for PWRDF. The first photo taken by Ross Bremner shows the St. John team ("The Divine Dashers"), and the other shows the "Dashers" with the walkers from St. Laurence, Coquitlam but minus George Coghlan who took the photograph.

The walkers travelled 5km and George rode 30km. Funds raised by St. John's totalled $702.25." According to Janet, "rather less than last year I'm afraid, but still worth doing! As St. Laurence collects throughout the year there wasn't a total available from the Coquitlam parish.