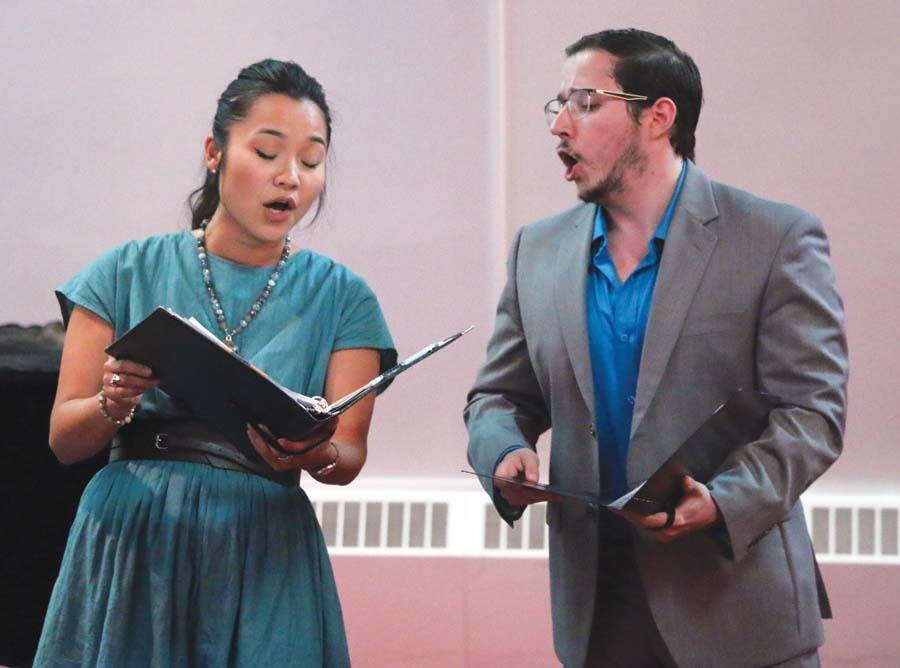 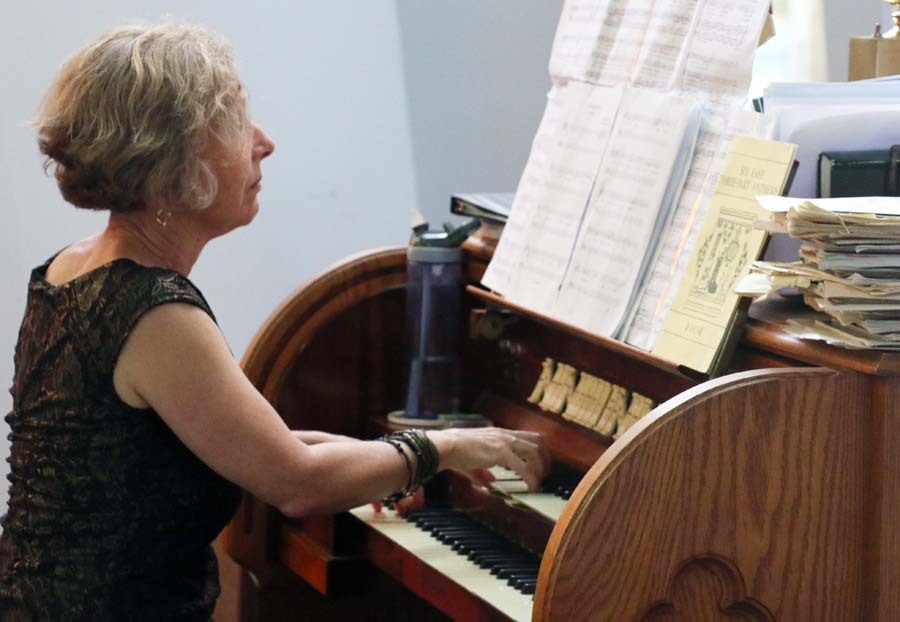 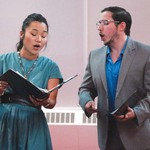 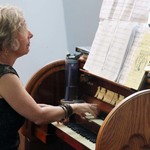 In an unusual and esoteric departure from St. Stephen, West Vancouver's usual monthly Jazz Vespers, Dr. Annabelle Paetsch, Minister of Music, presented Music for Voices and Viols on August 27th. This concert was a fundraiser for the Music Ministry of the church, and introduced the audience to both sacred and secular compositions of the Baroque era. The program featured countertenor Erik Kallo and mezzo-soprano Risa Takahashi with accompaniment by the Vancouver Viols and Dr. Annabelle Paetscch on organ. The principal violist,  Sarah Tippett Poon, introduced the group and described the viol as an instrument closer to the guitar in design than the violin, but played with a bow. Other members of the quartet were Edgar Bridwell on treble and tenor viol, Cyrena Huang, on bass viol, and Anne Duranceau on bass viol, violone in D, and lirone.

The two vocalists began the concert with Sound the Trumpet by Henry Purcell. The combination of counter tenor and mezzo gave a gloriously resonant sonority, unusual in today’s church setting, but brilliantly appropriate. The viol ensemble followed with Variations by Bevin and two Fantasias by Purcell and Orlando Gibbons. The musicians continued to ring the changes, and delight the audience with all music composed between 1550 and 1750 concluding with a vibrant Bach duet and fittingly O Sing Unto the Lord by Thomas Morley.

Risa Takahashi shares her talents with West Vancouver United Church and musica intima, and Erik Kallo is about to leave the local scene to study in London at the Royal College of Music. St. Stephen’s was honoured and delighted to present the talents of this outstanding group of young people to the music lovers of the North Shore.