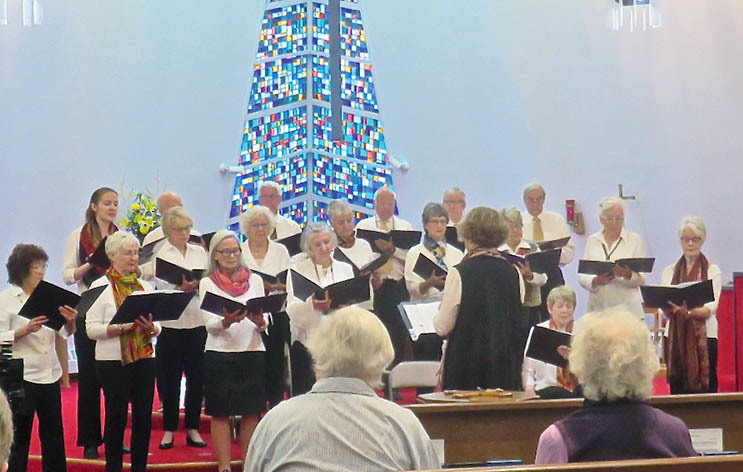 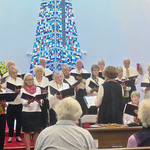 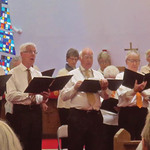 October 28, 2018, was a musically enriched day at St. Stephen’s, West Vancouver, with not one, but two additional musical offerings added to the music in worship at the regular morning service.

St. Stephen’s Community Singers have been meeting since September under the direction of the Minister of Music, Dr. Annabelle Paetsch, as an adjunct to the sacred music activities of the church. This outreach activity is open to anyone, and meets once a week on Thursday afternoons. At the conclusion of each “term”, the choir performs after morning service in the sanctuary, to the congregation who attend  with refreshments in hand following the invitation of Rector Canon Jonathan LLoyd, to enjoy the music. Assisting Dr. Paetsch was Tegan Peemoeller, soprano and prominent profession harpist, and accompanist Lorna Horwood. The group sang “My Heart’s in the Highlands”,(Moore), “We Rise Again” (Dubinsky), “Fare Thee Well, Love” (Calvert), “It Don’t Mean a Thing” (Ellington), and “Hymn to Freedom” (Peterson). Especially impressive was the men’s section, taking solos with verve!

At 4pm, the Jazz Vespers service began led by guest preacher, the Rev. Donald Lawton, who introduced the “Wild Blue Herons”, a jazz quintet that began its set with “Stella by Starlight” (Young). Vocals were taken by Darlene Ketchum who was backed by pianist, Bill Sample; Saxophonist, Bill Runge; bassist, Norm Fisher; and drummer, Buff Allen. Interposed between the Scripture reading and the Reflection were three musical offerings sung by Ketchum. Prior to the Lord’s Prayer, the congregation  performance of ”Don’t Listen to the Devil”  which seemed appropriate! The postlude was “You are my Sunshine” that sent everyone home on an up-beat note.