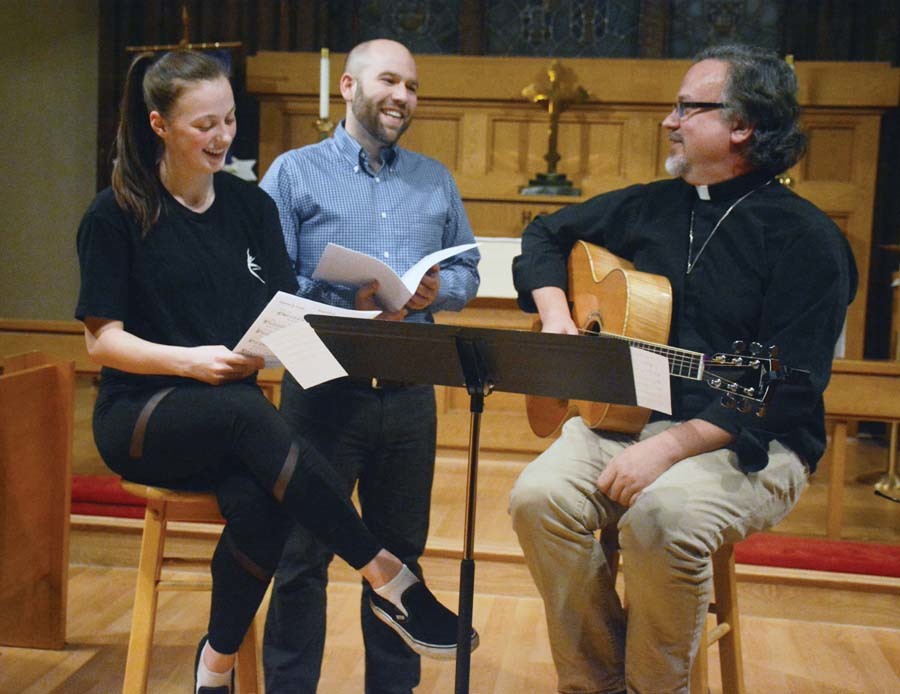 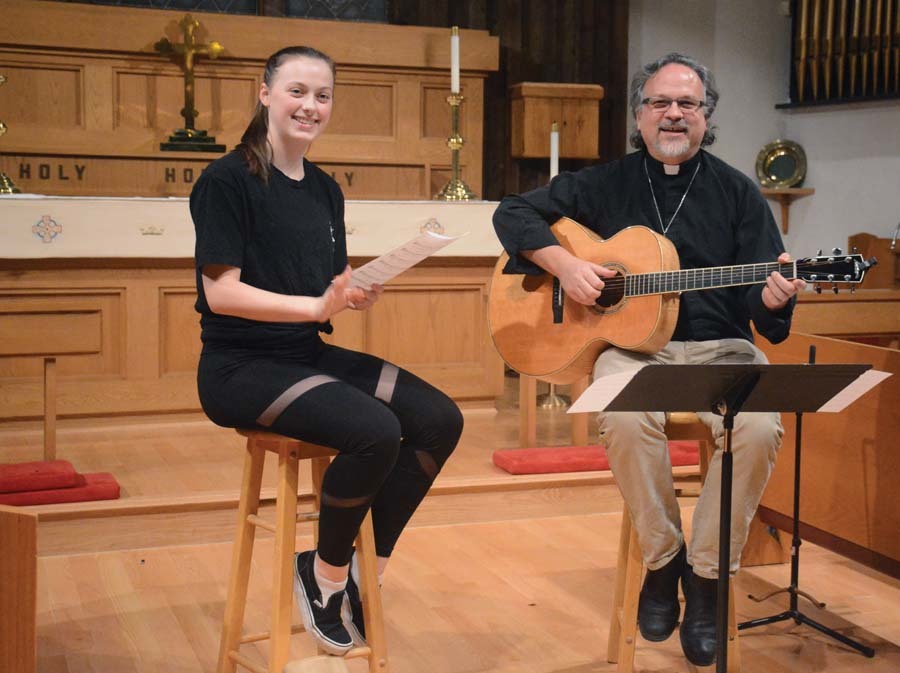 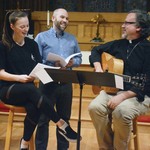 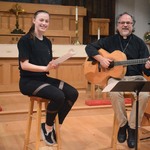 The Reverend Scott Gould, rector of St. Helen’s, West Point Grey holds a Bachelor of Music from UBC.  During his time at UBC he studied guitar, voice and composition.  As a youngster he was a chorister at Christ Church Cathedral, Victoria and has been very active in choral music for most of his life. He is also a skilled guitarist/singer/songwriter and performs both as a solo artist and currently as a member of The Story Men.

In the fall of 2016 he began working on a version of Magnificat, Mary’s Song of Praise, Luke 1:46-55. He was intrigued with the idea of writing a piece for soprano solo and acoustic guitar that would contain components of contemporary folk combined with traditional sacred music. The text is from the King James’ version of the Bible with some minor tweaks and Scott admits that he is quite happy with how the King James’ language blends with the folk idiom. He also began the development of a choir score to accompany the solo voice and guitar. The piece was largely completed but still unfinished at the time that St. Helen’s, director of music, Kevin Zakresky suggested that Scott write something special for the very popular St. Helen’s Family Christmas Carol Singalong Concert.  Kevin has enjoyed the liturgical music that Scott has composed in the past and often encourages him to do more.

Luckily the parish of St. Helen’s counts as one of its members 17 year old Ali Powell. Ali is a student at Crofton House School where her mother Anne Bonnycastle is the Senior High School’s Music instructor. Ali is very involved in dance as a major part of her extracurricular activities and has no formal voice training, although admits to some coaching from her mother.  However, she is a fabulous soprano, possessing a full rich voice, excellent pitch and an understanding of phrasing and dynamics that belies her young age. Diocesan comms staff were fortunate to attend a rehearsal of the piece on November 21. A video featuring a segment of the rehearsal is attached below.

With all the components in place Scott completed the choral score and added organ accompaniment.

The solo voice and guitar version of this Magnificat will be offered as part of the music in worship at the 10am December 3, Advent I Celebration of the Eucharist; the full version: soprano solo, guitar, choir and organ will be performed at The Family Christmas Carol Singalong Concert Sunday, December 17 at  7pm (check the posting linked here for more program details); at Midnight Mass on Christmas Eve worshippers will hear the soprano solo and guitar with choir joining in on the Gloria version.  All of these events will take place at St. Helen’s, 4405 West 8th Avenue in West Point Grey.

All are welcome to attend worship and events at St. Helen’s.