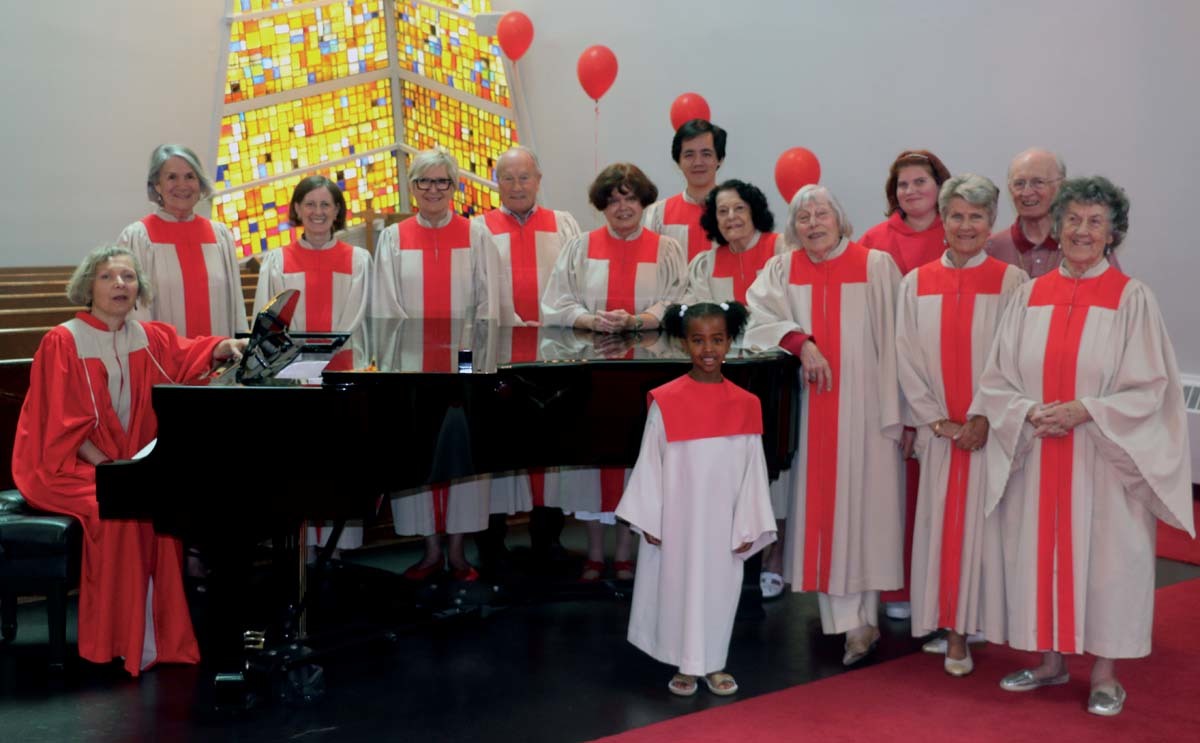 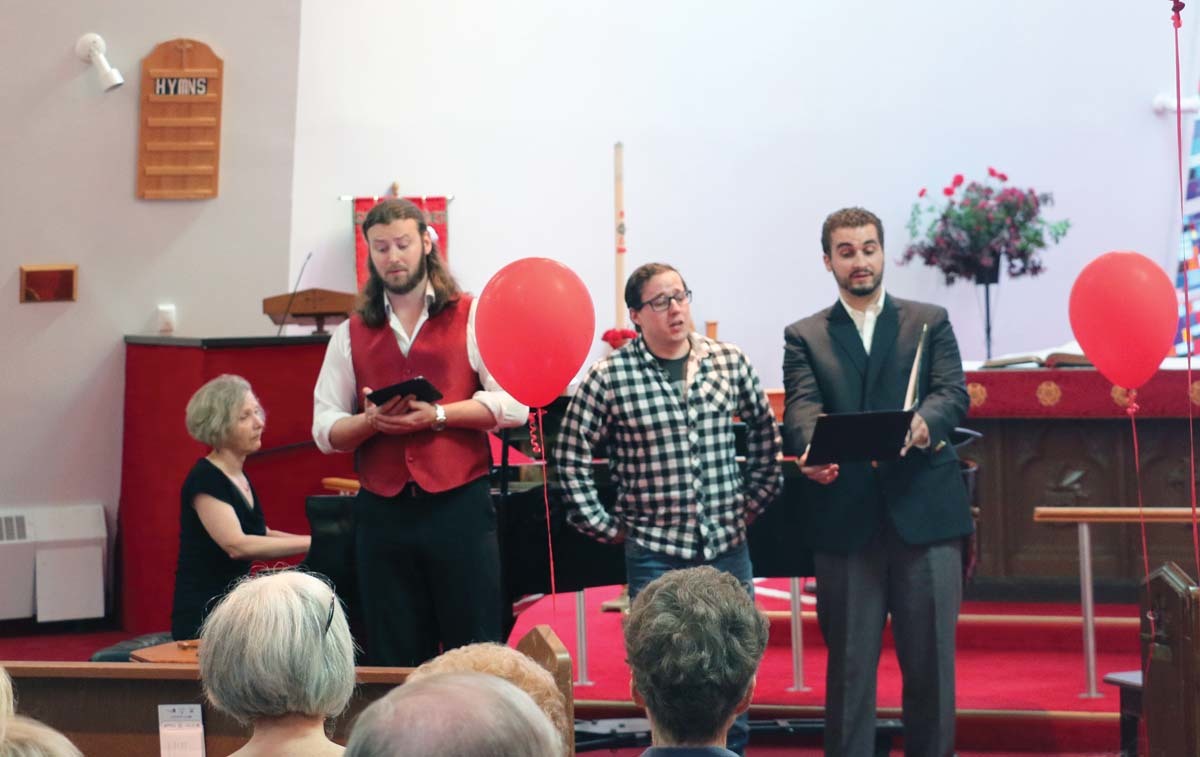 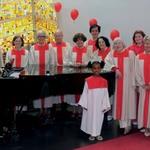 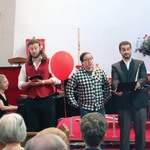 Dr. Annabelle Paetsch, formerly of St. Christopher’s, West Vancouver assumed her new post as Minister of Music at St. Stephen’s Anglican Church, West Vancouver, in late May and enthusiastically set about identifying former choir members, recruiting new ones, and establishing a regular rehearsal evening. At the first practice, participants were delighted to find cheese and wine set out to celebrate the occasion! Led by rector, Canon Jonathan LLoyd, the group gladly gathered to meet the new director of music and to follow her leadership in learning vocal exercises, attempting new music and preparing hymns.

By the third service, the choir was prepared to don choir gowns (found in a box in the basement by the rector) process into the nave, and group around the piano for their first anthem. For the Gradual they picked up Latin American shakers to add authenticity to the music.

Continuing the work set musician and St. St Stephen’s parishioner, Peter Vanderhorst, on May 28th, at 4 pm a Jazz Vespers service was led by the Kelita Haverland Quartet. This featured Kelita on vocals, Tom Arntzen on piano, Gord Lemon on bass and Shawn Soucy on drums. After a scripture reading by Canon LLoyd, and a musical selection, Kelita Haverland shared a reflection on her life and the influence of the Spirit. Finally, the congregation joined the jazz quartet in the singing of the traditional Do Lord, O Do Lord, O Do Remember Me.

On Pentecost Sunday, the congregation had been requested to wear red, the colour of Pentecost, and to bring lunch to enjoy after the service. Upon arrival, all were delighted by the red helium filled balloons decorating the church. Canon LLoyd used a red balloon as a teaching aid in his sermon, showing when he let go of it, that the Holy Spirit, like the random trajectory of the released balloon, could move everywhere and touch anyone.

The concert opened with tenor Keil Magis singing the 1935 Albert Hay Malotte version The Lord’s Prayer, followed by the well-known spiritual Deep River performed by baritone Jason Cook. An unusual setting of the Kyrie Eleison composed by Paetsch and Douglas Lau (choir member) was warmly received by the audience. Cook performed two standards, Paul Anka’s My Way and Simon and Garfunkel’s Bridge over Troubled Water, preceding Dr. Paetsch’s sensitive playing of Chopin’s Ballade No.3 . Many people are familiar with Leonard Cohen’s Hallelujah, but few have heard the second set of lyrics with biblical reference to Christ’s Crucifixion written and used with Cohen’s permission by Kelly Mooney. This was emotionally sung by Kiel Magis.

After the concert, tea was enjoyed by all in the courtyard, with the hope that this was only the beginning of regular concerts to be presented by St. Stephen’s.