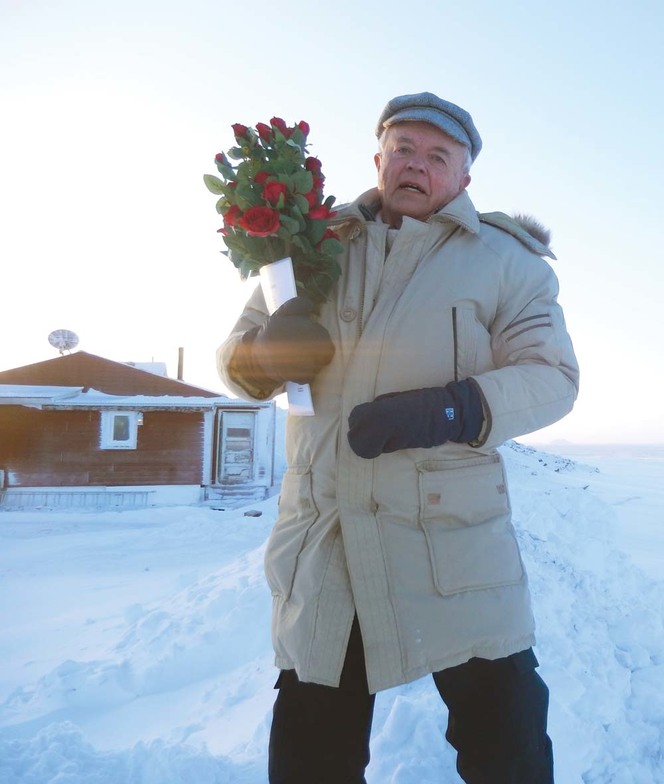 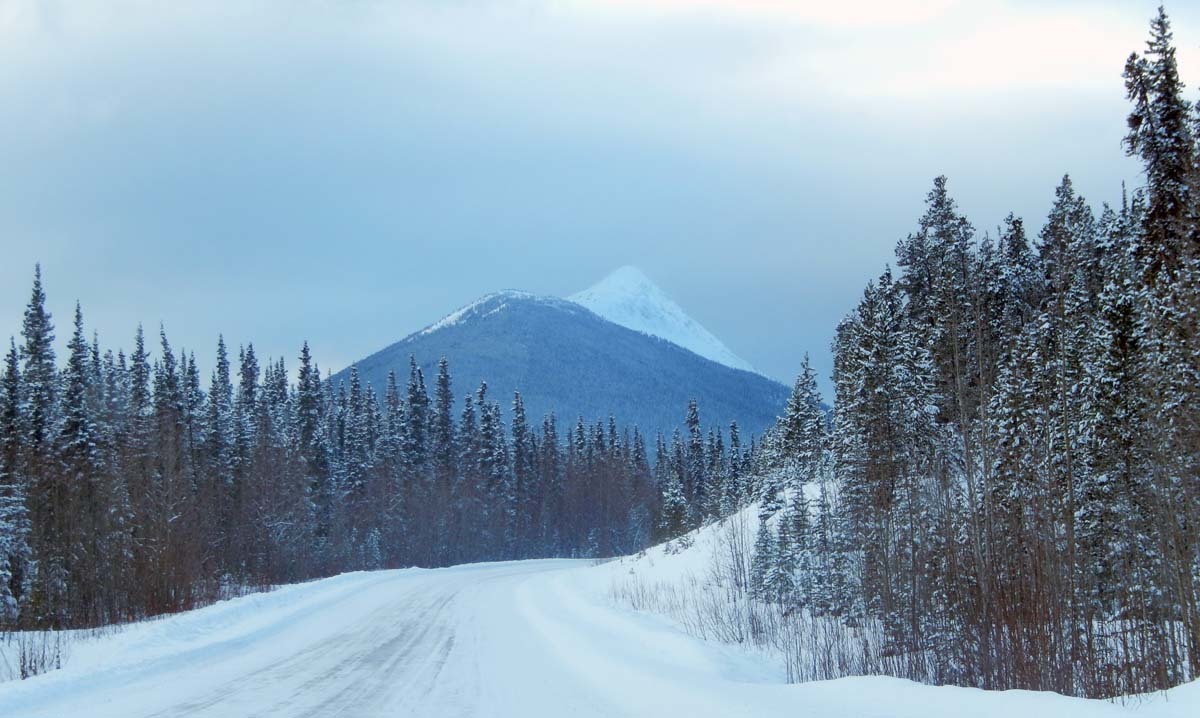 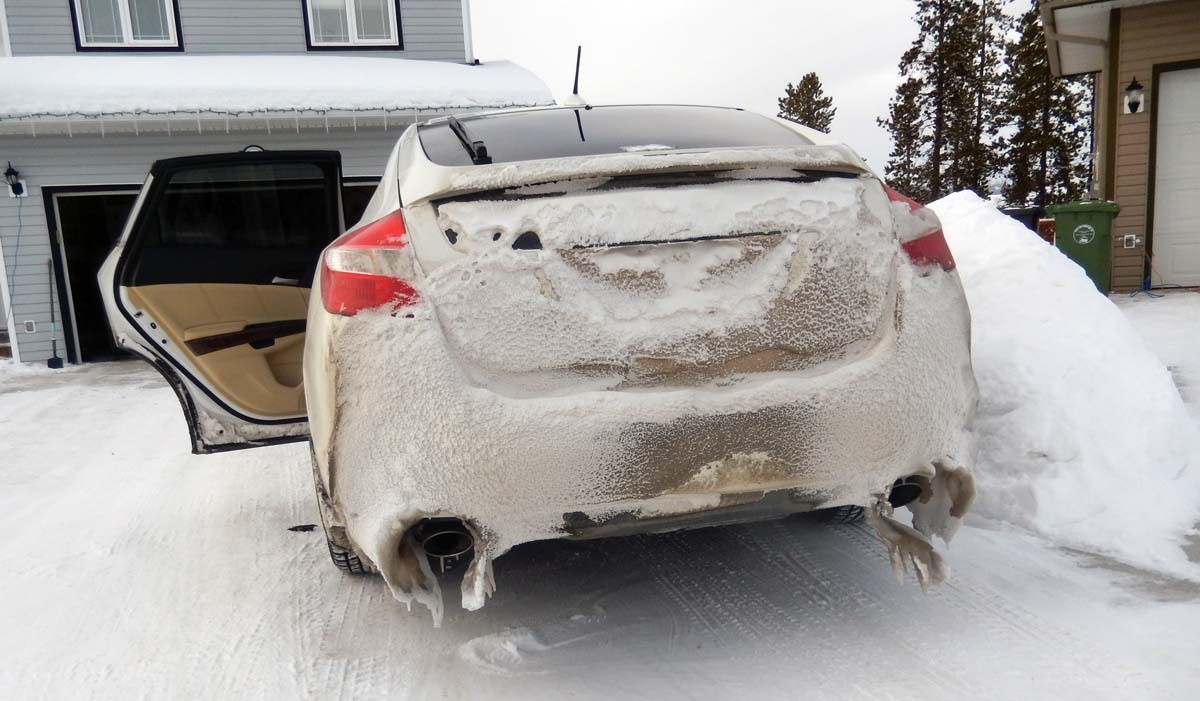 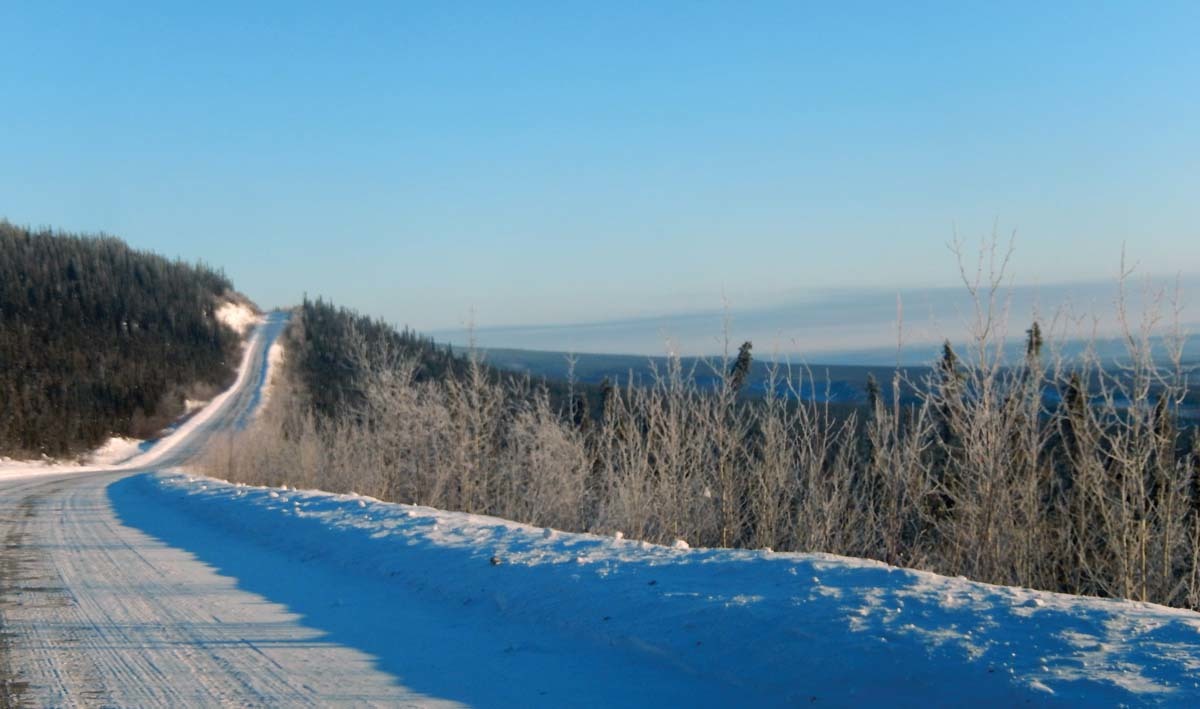 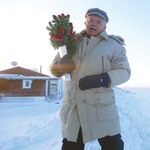 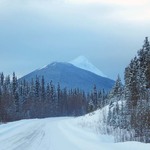 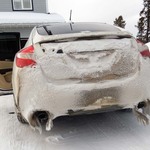 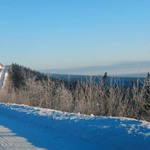 For about fifteen years, Don McIntyre and his wife Dorothy had been active members of St George’s Church in Fort Langley, often leaving for long RV road trips to explore various areas of Canada and the USA, until Dorothy’s death from cancer in 2013.  Don’s first road trip alone was to drive south to Arizona and around the Gulf coast to Key West, Florida, but he found navigating through cities harder without Dorothy’s directions to guide him.

Having driven south, he thought it might be interesting to drive north over ice roads to Tuktoyaktuk an Inuvialuit hamlet located in the Inuvik Region of the Northwest Territories.  Don (now aged 82) made the decision to take this 4,000 km drive alone, as a fundraiser for the Canadian Cancer Society, in Dorothy’s name and as a time to grieve.  On February 1st, 2015, immediately following the Sunday service, the congregation saw him off on this incredible journey. His Honda Crosstour car was equipped with winter tires, his supplies consisted of water, granola bars, potato chips and grapes.

It is a 3,874 km drive from Langley to Tuktoyaktuk, travelling via the Stewart-Cassiar Highway, Alaska Highway, Klondike Highway, Dempster Highway and the ice road from Inuvik to Tuktoyaktuk.  He had pre-booked hotels in Quesnel (625 km), Smithers (490 km), Deese Lake (600 km), Whitehorse (650 km), Dawson City (535 km) and Inuvik (735 km).  From  Quesnel on his second day of driving, until he had left Deese Lake on his return trip, he was driving on either ice, black ice or packed snow.

At each of the hotels, he was served breakfast before heading back “on the road again for Dorothy”.  He sometimes picked up a sandwich at a truck stop, and this together with his granola bars and potato chips made up his lunches and dinners. By the time he reached his hotel each evening he was too tired to go looking for a restaurant for dinner. During the day when he felt tired or found his concentration slipping, he would pull over and take a nap in the car. The scenery was spectacular - glaring white, blue skies, miles and miles of white snow. So big, so vast, so unforgiving.  At times the temperature dropped to - 46 degrees C, although he did notice that his car thermometer stopped at - 40 degrees!

Spending three nights in a very nice hotel in Inuvik (he mentioned there was a fireplace in his room, which he appreciated, as well as a flat screen TV), he made the 375 km round trip to Tuktoyaktuk over the ice road to the Beaufort Sea. During summer there is no road between the two. This ice road was really interesting – consisting of beautiful, wide, smooth ice until it nears the sea, at which point it develops large ridges which, Don says, “if I’d continued to drive at the highway speed, would have wiped me out in no time!”.

Standing on the edge of the Beaufort Sea - a part of the Arctic Ocean - Don was holding a bunch of red silk roses which he planned to leave there in memory of Dorothy. There he met a man called Roger Ettaqaik, who had been a photograper - and who took his picture so he will always have a memory of that day - biting cold and clear, the end of the road.  Don left his silk roses at the gate of the ‘Tuk’ cemetery, turned his car and started the drive back to Inuvik.

Don began his drove home via Dawson City, Whitehorse, Deese Lake and then to Prince Rupert to visit his son, Cameron.  The predominant weather experienced in the section around Deese Lake was freezing rain, icy roads, then rain on top of the ice - even the logging trucks pulled off the roads.  By the time Don arrived in Prince Rupert he was exhausted, he decided it was time to take a rest, so he booked onto the ferry to Port Hardy - however, the ferry leaves at 5am, with boarding at 3am, so he spent much of the night in the parking lot, then had to wait until 6am to be told that there was in fact a stateroom available. Three hours sleep, a ferry crossing, docking at 11:30pm and following his GPS directions to his hotel for a longer night’s sleep set him up for the drive down Vancouver Island and the ferry back to the lower mainland and home.

This journey gave Don lots of thinking time. Asking him what he takes from his journey, he says that he now knows you can’t drive away from grief; you have to adjust and cope.  So if the journey was intended to cure the grief, it failed. If the journey was intended to raise money for cancer research, it did raise some (almost $6,000 has been raised so far, and more is still coming in). The journey proved Dorothy’s opinion that age is just a number and that you are only limited by the limits you place on yourself - and that he found his when he decided to take the ferry rather than drive home.

Don is glad he made the trip, he has come to terms with his loss and now intends to get on with the rest of his life.

Anyone wishing to support Don’s journey can donate to the Canadian Cancer Society through the On the Road Again for Dorothy webpage.