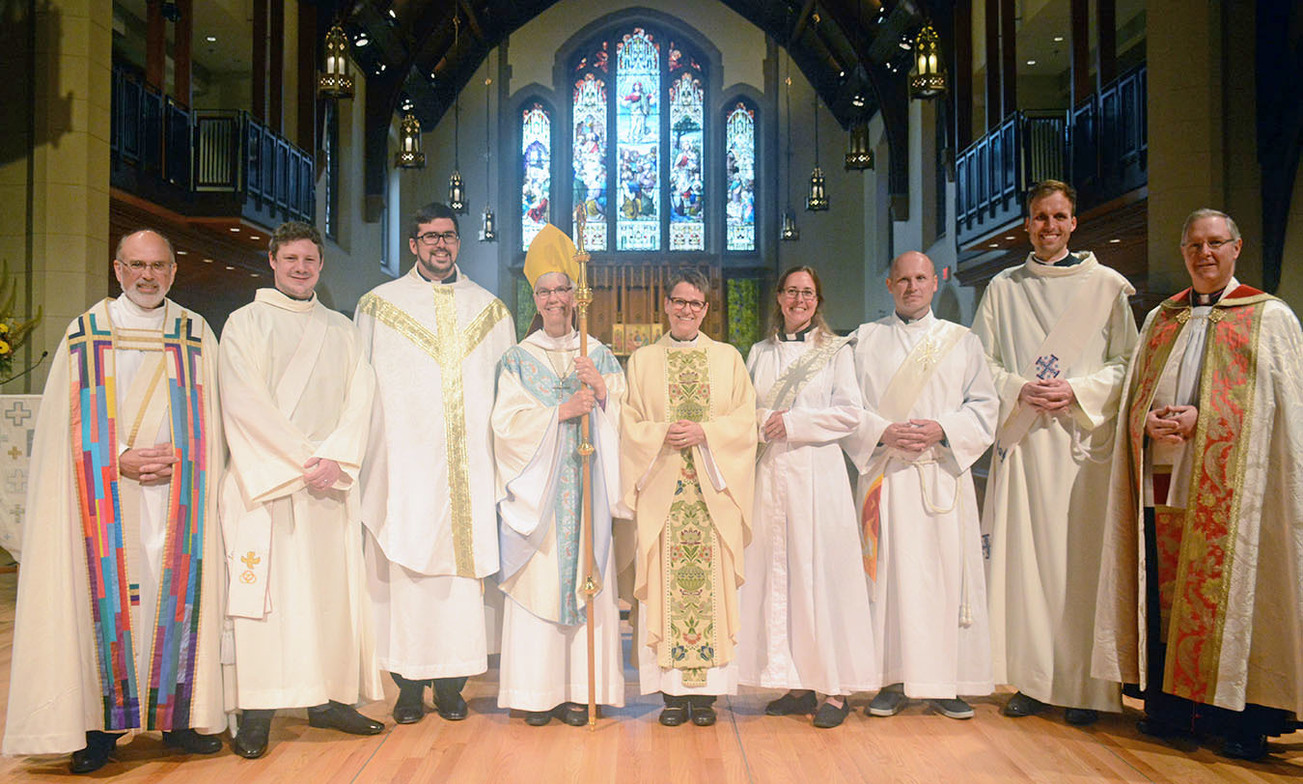 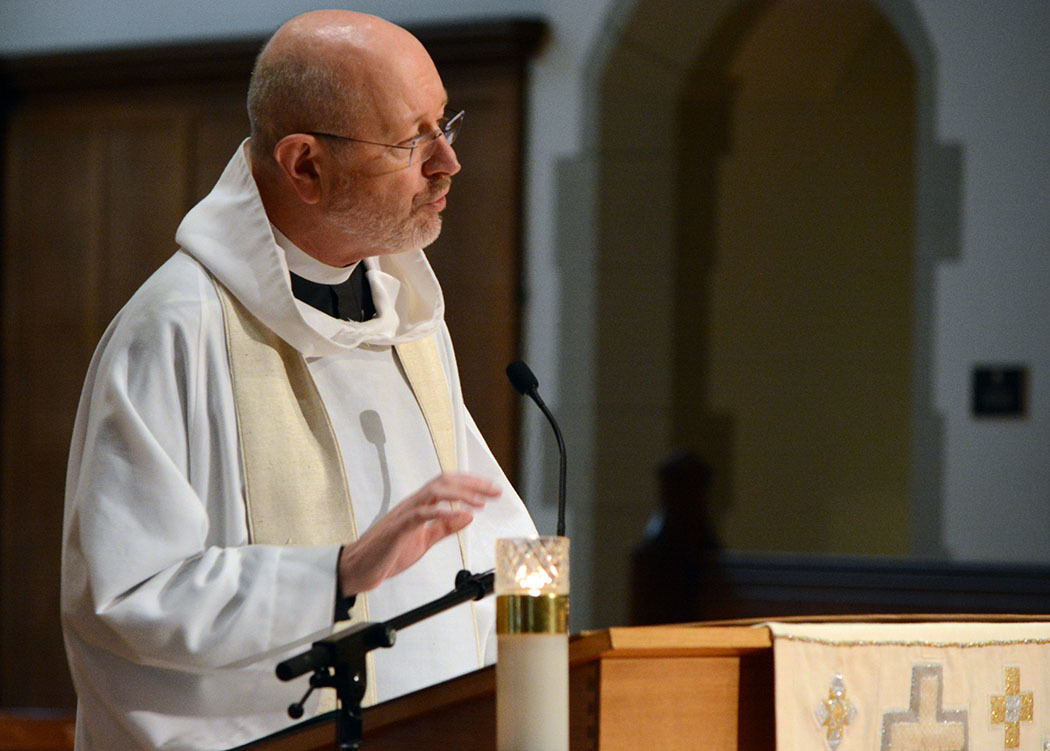 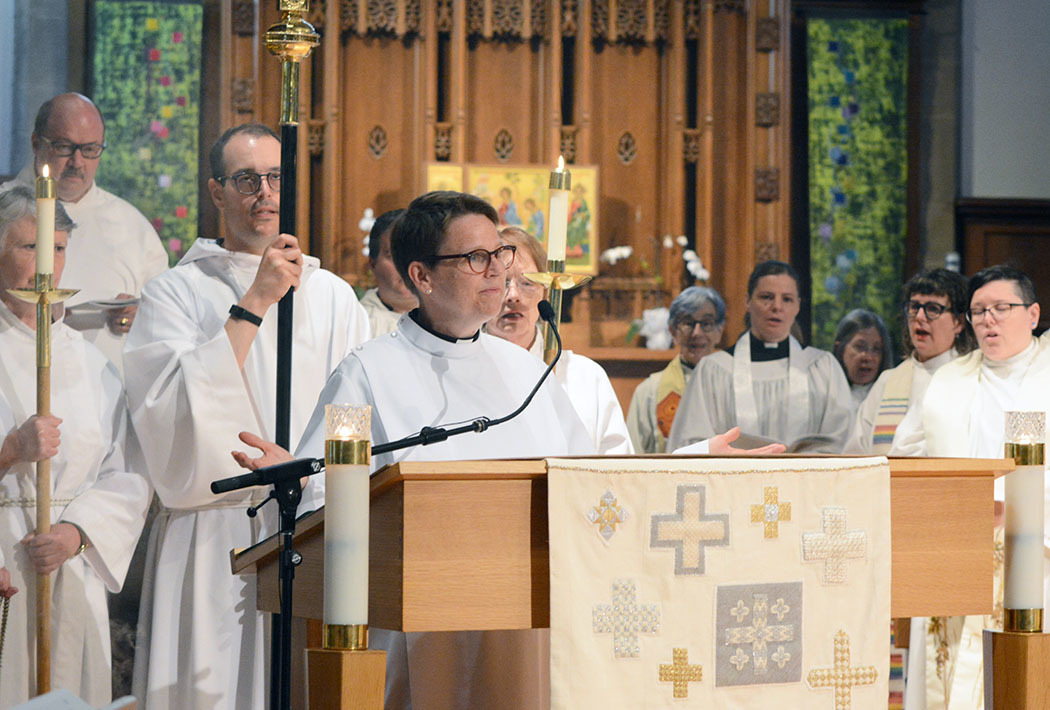 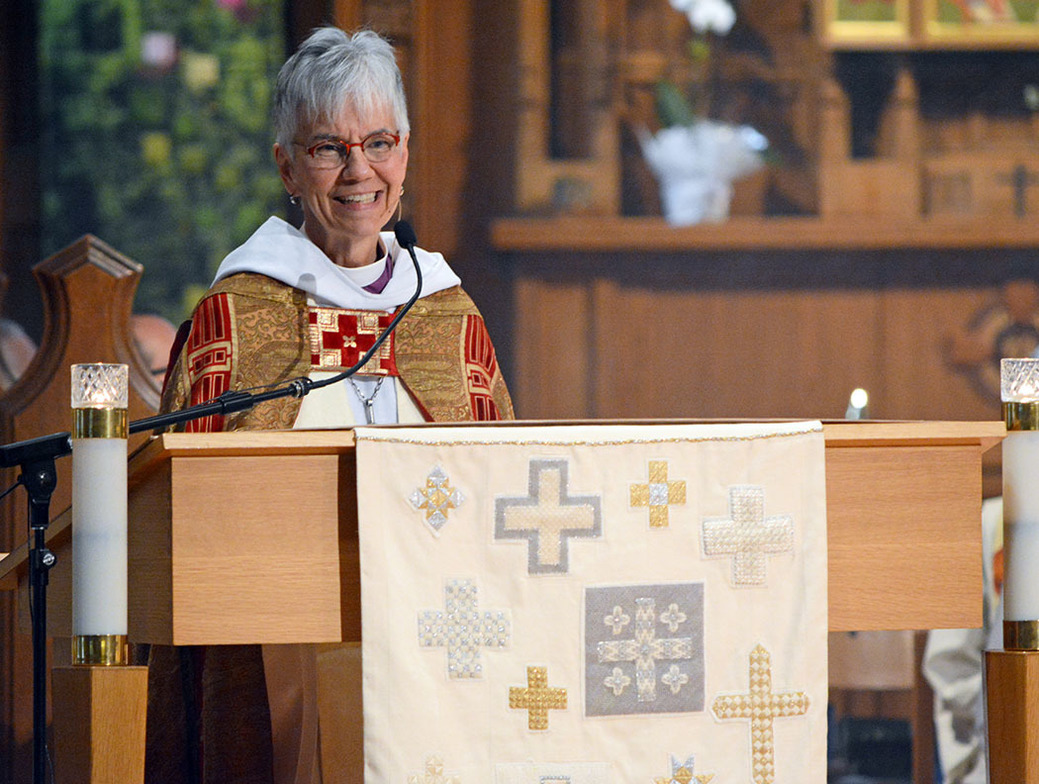 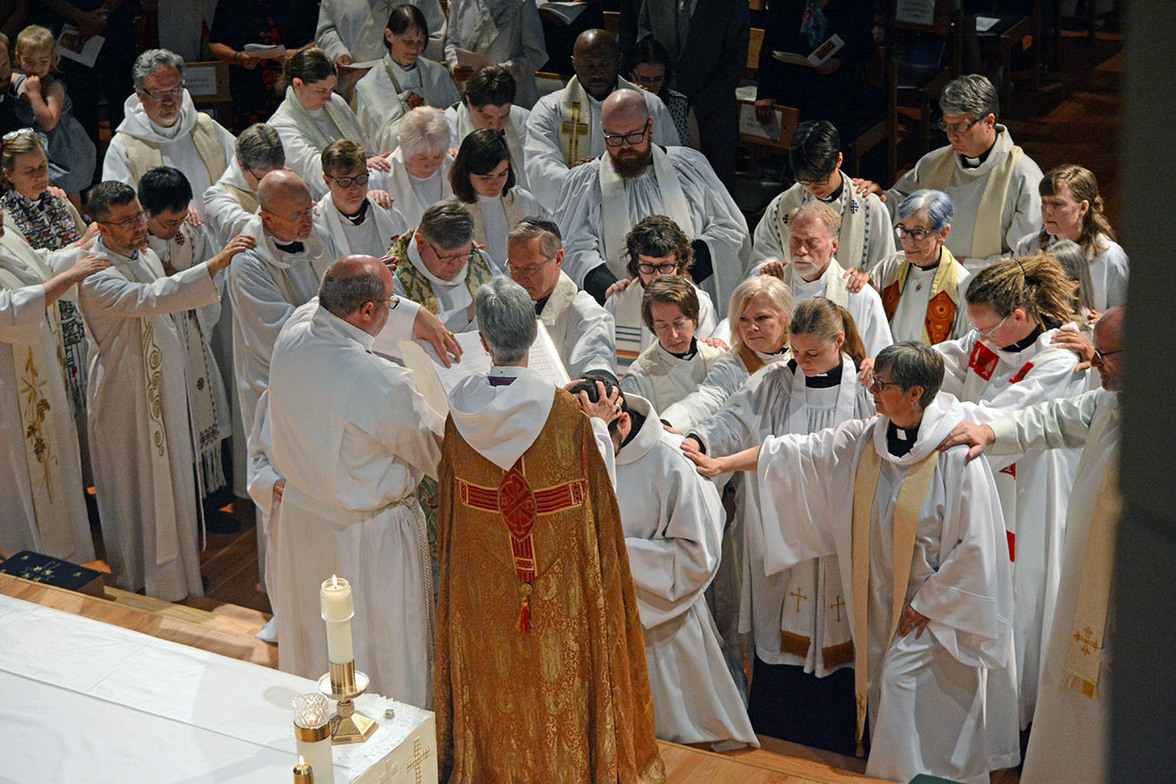 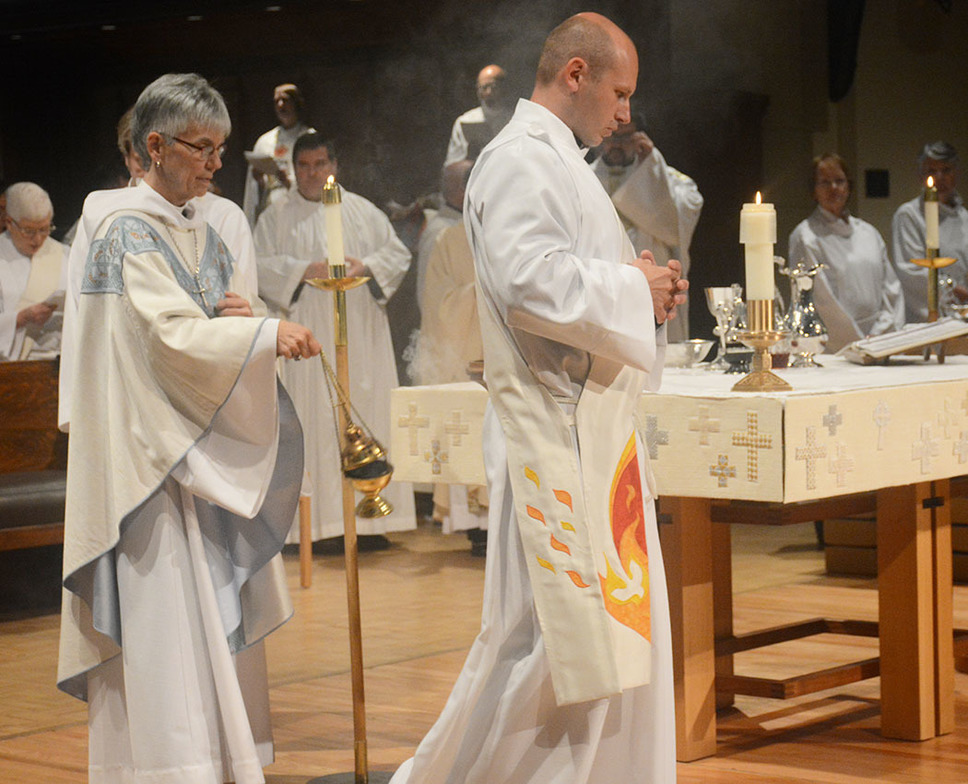 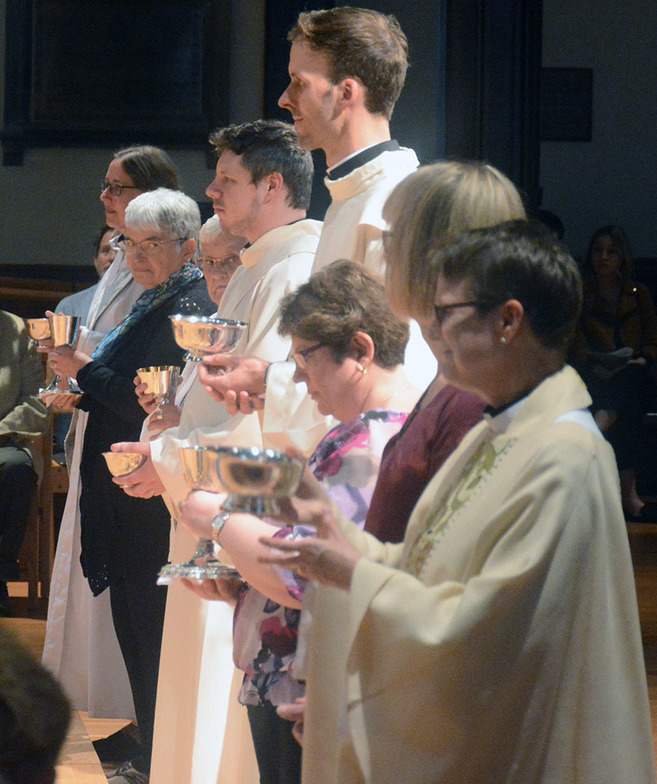 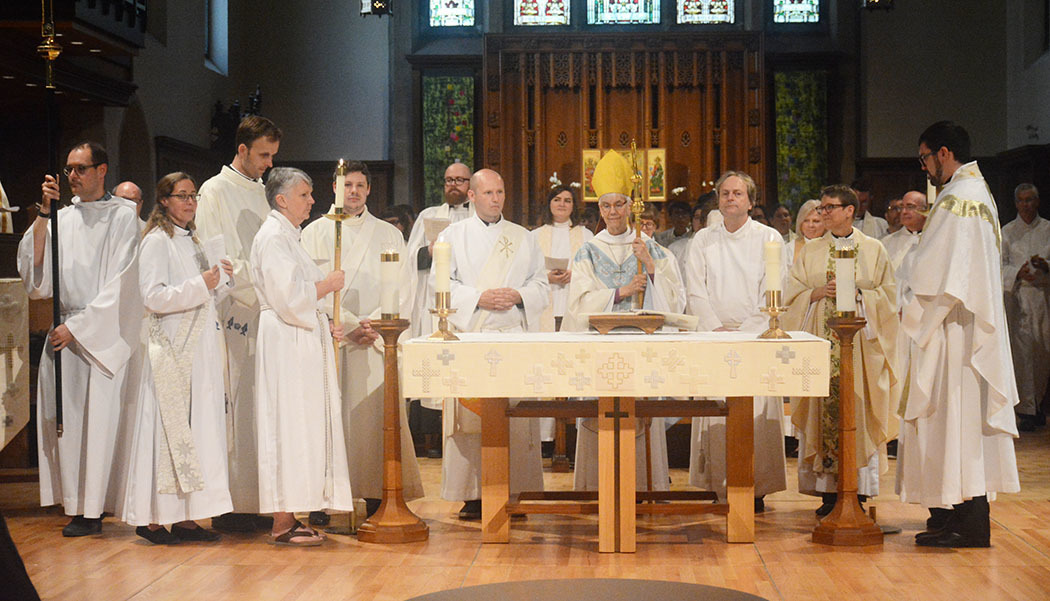 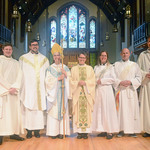 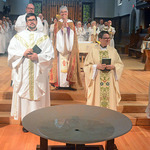 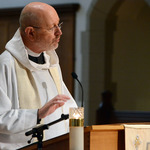 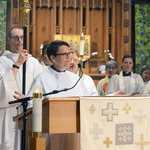 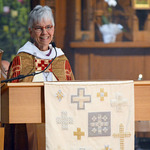 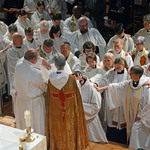 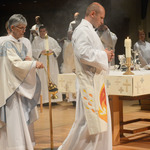 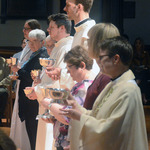 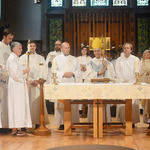 “I thank him who has given me strength, Christ Jesus our Lord, because he judged me faithful, appointing me to his service” 1 Timothy 1:12

“You did not choose me, but I chose you and appointed you that you should go and bear fruit and that your fruit should abide, so that whatever you ask the Father in my name, he may give it to you.” John 15:16

Over the past several years those who gather in the congregation to attend Ordination Eucharist liturgies at Christ Church Cathedral find information written on the inside of the front cover of the order of service bulletin. The text is provided by the Dean of the Diocese and Rector of Christ Church Cathedral, the Very Reverend Peter Elliott and along with some practical information in bulleted format at the end of the piece he begins his message with a quote from the Book of Alternative Services (BAS) found on p. 631.

It is as follows:

“The Holy Scriptures and ancient Christian writers make it clear that from the apostles’ time there have been different ministries within the Church. In particular, since the time of the New Testament, three distinct orders of ordained ministers have been characteristic of Christ’s holy catholic church. First, there is the order of bishop’s who carry on the apostolic work of leading, supervising, and uniting the Church. Secondly, associated with them are presbyters, or ordained elders, in subsequent times generally known as priests. Together with the bishops, they take part in the governance of the Church, in the carrying out of its missionary and pastoral work, and in the preaching of the word of God and the administration of the Holy sacraments. Thirdly, there are deacons who, in addition to assisting bishops and priests in all this work, have a special responsibility to minister in Christ’s name to the poor, the sick, the suffering and the helpless.”

In the ordination liturgy, there is a focus on all three ministries. The bishop is the only minister of this sacrament. Prior to beginning her sermon, Archbishop Skelton explained to the congregation that she alone would be consecrating the ordinands to the diaconate, as deacons have a direct relationship with and responsibility to the bishop.  The ordinands being priested receive the laying on of hands by all the priests who are present and participating in the consecration. This is because priests are bound by a sacramental bond that forms one priestly body connected to the diocese through which they are attached to their bishop. Even though they fill different roles and have diverse ministries they are united in that they render the one priestly service for God’s people.

On June 15, 2019, the Feast of the Holy Trinity (transferred from Sunday), Archbishop Melissa Skelton ordained:

The ordination retreat mentor was the Venerable Louie Engnan, Archdeacon of Fraser and Rector of St. Michael’s, Surrey.

In the last three years Archbishop Skelton has celebrated ordinations and confirmations on Saturday mornings instead of on Sunday afternoons. This contributes to a more leisurely pace, it allows for broader attendance from far and wide and also promotes the opportunities for the new deacons to participate in the Sunday Eucharist as Deacons of the Word and Table and for the newly priested to celebrate Sunday Eucharist the very next day.

For her sermon subjects, Archbishop Skelton took on the difficult topic of the Trinity and also provided some background about the ordinands and the commitment of ordained ministry.

(Video, text and audio files of the sermon are available by following this link)

The newly ordained won’t have a great deal of time to reflect on their long journey as the Archbishop’s appointments were announced by the Executive Archdeacon, the Venerable Douglas Fenton on Monday, June 17, 2019.

The next Ordination Eucharist is scheduled for Saturday, January 18, 2020 (Confession of St. Peter) 10:30am.

Please keep the newly ordained in your prayers as they continue into this next phase of their ministry.