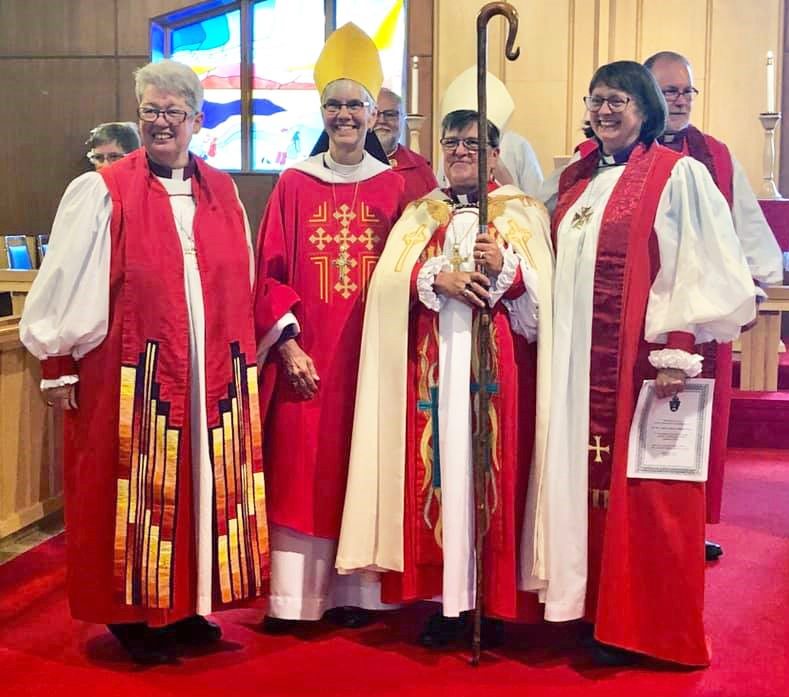 On August 25, Archbishop Melissa Skelton forwarded this photo to diocesan communications and it was posted on the diocesan social media sites. Over the last 10 days this photo has received a major level of engagement (many thousands of views) so that is a good reason to make it available on the news page of the diocesan website.

During the last full weekend of August, Archbishop Skelton with her spouse, Deacon Eric Stroo were in the Yukon for the consecration of the new bishop of the Diocese of Yukon, the Right Reverend Lesley Wheeler-Dame on August 24, and they also attended farewell events for the retiring bishop, the Right Reverend Larry Robertson and his spouse Sheila.

As Metropolitan of the Ecclesiastical Province of BC/Yukon, Archbishop Skelton has more than a few responsibilities connected to the consecration and installation. However, the Provincial Bishops were able to arrive early enough to receive a tour of some of the diocese. Archbishop Skelton remarked:

"I had no idea what a cosmopolitan place Whitehorse was. This combined with the natural beauty of the diocese were for me a real knock-out." And... "the consecration came off almost completely without a hitch."