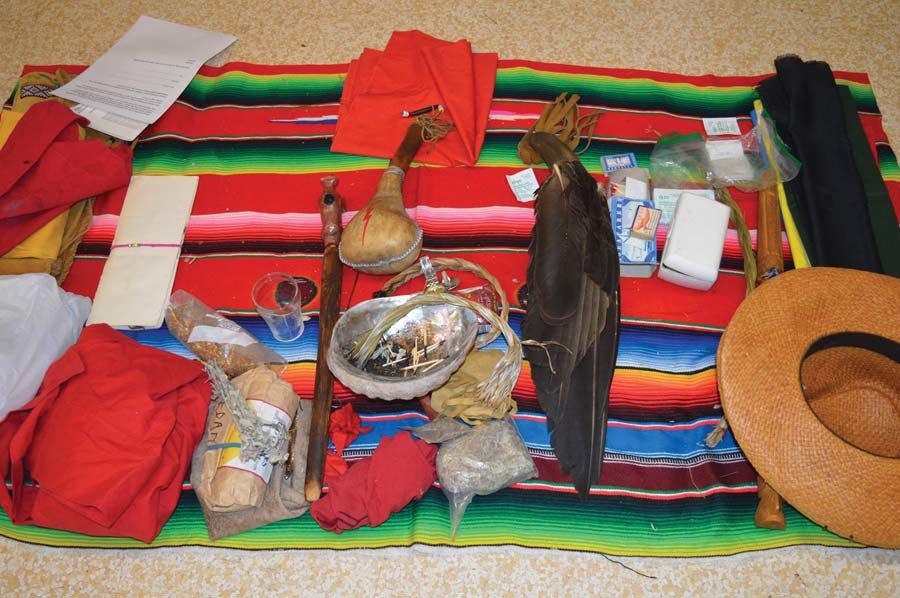 On November 16 as part of All Saints’, Agassiz’s Wrongs to Rights book study program we held a traditional Pipe Ceremony in the hall led by Cree elder Frank Surprenant. Fifty years ago two other Cree elders gave Frank the rights to share this sacred ceremony with others as a form of teaching about the culture and spirituality of Indigenous peoples. He was told to “Take as far as you can to help teach others”.

To get started, Frank’s partner Angela Brady instructed us in the protocol; photos may be taken before and after the ceremony, not during because it is a solemn, sacred occasion. We were asked to sit in a circle (representing the sacred hoop – the Circle   of life) close enough to comfortably pass the pipe to the person on our left. As we receive the pipe we were to support the bowl (female) in one hand and the stem (male) toward us with the other and not to turn the pipe around. If one wishes, each pipe holder may speak words from their heart. Several did, most profoundly. This protocol follows the way it was handed down to Frank. Some pipe carriers adhere to slightly different ways, for example some insist all women in attendance wear skirts, while other carriers ask all jewelry be removed before taking part.

The pipe is for the people, for everyone to smoke and is shared right across Turtle Island (Canada & US). Tobacco, sage and other herbs indigenous to the local area can be used and are non-hallucinatory. Those not wishing to actually puff on the pipe may touch their shoulders, head, and heart with the pipe stem.

Frank told us the word ‘Canada’ comes from ‘kanata’ with several meanings depending on the Nation, in Cree, kanata means ‘clean country’.

According to Wikipedia, “Thousands of languages were at one time spoken by Indigenous peoples in North & South America prior to their first contact with Europeans.” Frank informed us there are now about one hundred language groups in North America, 27 of those are native to B.C  plus others brought by people from other parts of Turtle Island.

Frank spoke about the removal of Indigenous land, “… a little piece of history that’s difficult for me to lay out there, and difficult for you to hear.”

Accompanied by drumming & singing, Frank knelt on the blanket, and while Angela lit the sweet-grass braid he held the pipe high to Father Sky, down to Mother Earth and each of the four sacred directions of the compass, then to the sweet-grass, glass of water, and finally towards himself. Angela lit the small amount of tobacco in the pipe bowl set in the hand-sized red stone figure of a grizzly bear sitting on all fours. The stem is wood from Mount St. Helens harvested after the eruption. Frank puffed on the pipe, drawing the smoke over his head before passing it to Angela, and so it was reverently passed around the circle four times. Periodically the tobacco required relighting.  One person said “I am honoured to share this peace pipe on this unceded land of the Stó:lõ  Nation – we come in peace and we walk together in peace.” When someone shared most profoundly and emotionally about certain incidents, Angela lit the sweet-grass braid, smudged the large eagle feather fan, arose and fanned that person in cleansing motions.

The ceremony concluded with each one of us taking a sip from the glass of water – water being one of the most important things in life. At this time elder Eddie Gardner told the story about White Buffalo Calf Woman who brought the sacred pipe, chanupa’  to the Lakota Sioux territories long ago. She taught about all the seven sacred ceremonies.  She taught the people how to pray with the sacred chanupa. Eddie added, “ it is good to come together and pray, prayer is very powerful. Take whatever is useful for you in our teachings as Indigenous people, put it to good use, and become a good ancestor to future generations.”

Eddie continued to tell the story of a distant past in the Stó:lõ territory when things were in great chaos. Xexáls, our great transformer set out to make the world right again.  Xexáls turned those who were not doing what they were supposed to be doing into stone, and transformed those who were generous and kind into our natural resources like the cedar, sturgeon, beaver and salmon. He turned a man called T’xwelátsa into stone because he was not living in harmonious relations. The message in the stone is, “we have to learn to live together in a good way.”

Eddie expressed his gratitude to Frank Surprenant for performing and leading the ceremony and expressing the harsh truth about what happened in the history of the Indian Residential Schools legacy.  Eddie said that facing the truth is the first step on the road to reconciliation. Eddie added that “reconciliation is a long road to take, we have to make these first steps, and have courage to come together and take these steps towards good understanding and harmony.” Eddie encouraged everyone to learn more about the story of T’xwelátsa.

Lastly, Frank thanked us for participating, and spoke about the seven great laws and ceremonies of his people:

We thank the Creator for all who were present at this very special occasion.

Photo The elements of the Pipe Ceremony PHOTO: Anthea Lewis