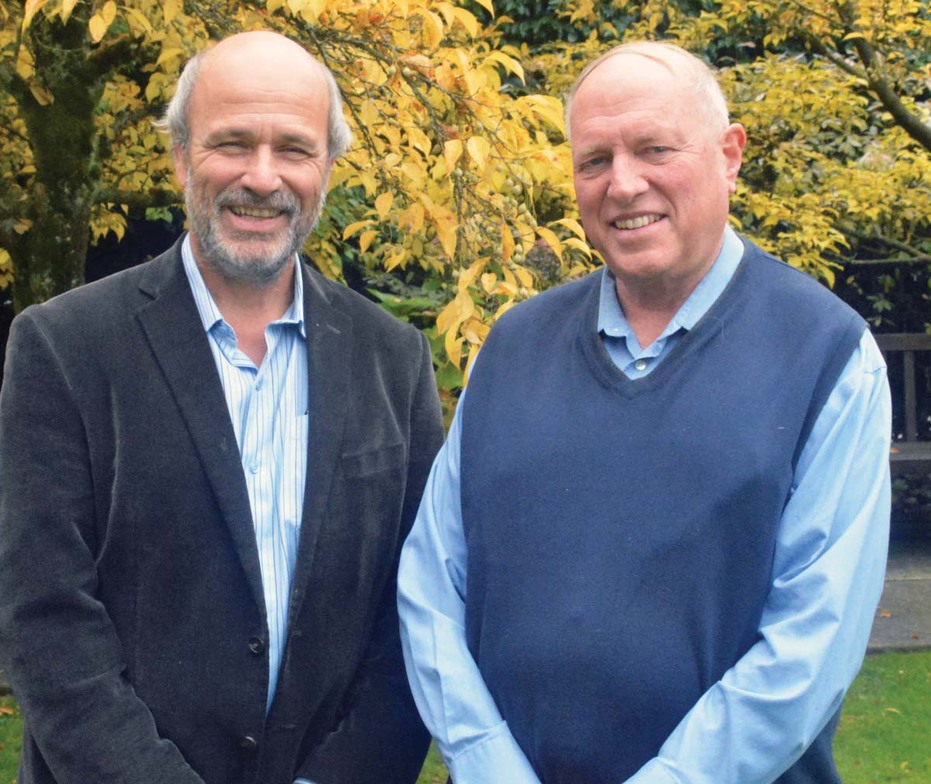 Monday, October 23, 2017 was a fairly quiet day at the offices of the Synod of the Diocese of New Westminster. Bishop Skelton was travelling to the House of Bishops and Executive Archdeacon, the Venerable Douglas Fenton was at a clergy retreat, however, Peter Goodwin, Chair of the PWRDF Unit of the diocese brought a special guest, PWRDF Executive Director Will Postma to 1410 Nanton Avenue.

William Postma was appointed by Archbishop Fred Hilz, Primate of the Anglican Church of Canada April 26, 2016. He replaced Adele Finney, who retired after 51/2 years leading the Anglican church’s agency for emergency relief, refugees, development and justice.

Postma came to PWRDF from a long career in non- governmental organizations, including Save the Children Canada, World Vision, Christian Reformed World Relief Committee and most recently Pathways to Education, where he was vice-president, programs and research.

The PWRDF ED was en route from the diocese of Qu’appelle’s Synod held the previous weekend to meetings in Victoria with the diocese of British Columbia. Mr. Postma took some time to have a tour of the building, chat with Director of Buildings and Finance, Rob Dickson and pose for a picture with Peter Goodwin in the green space between the Synod Office and St. John’s, Shaughnessy.