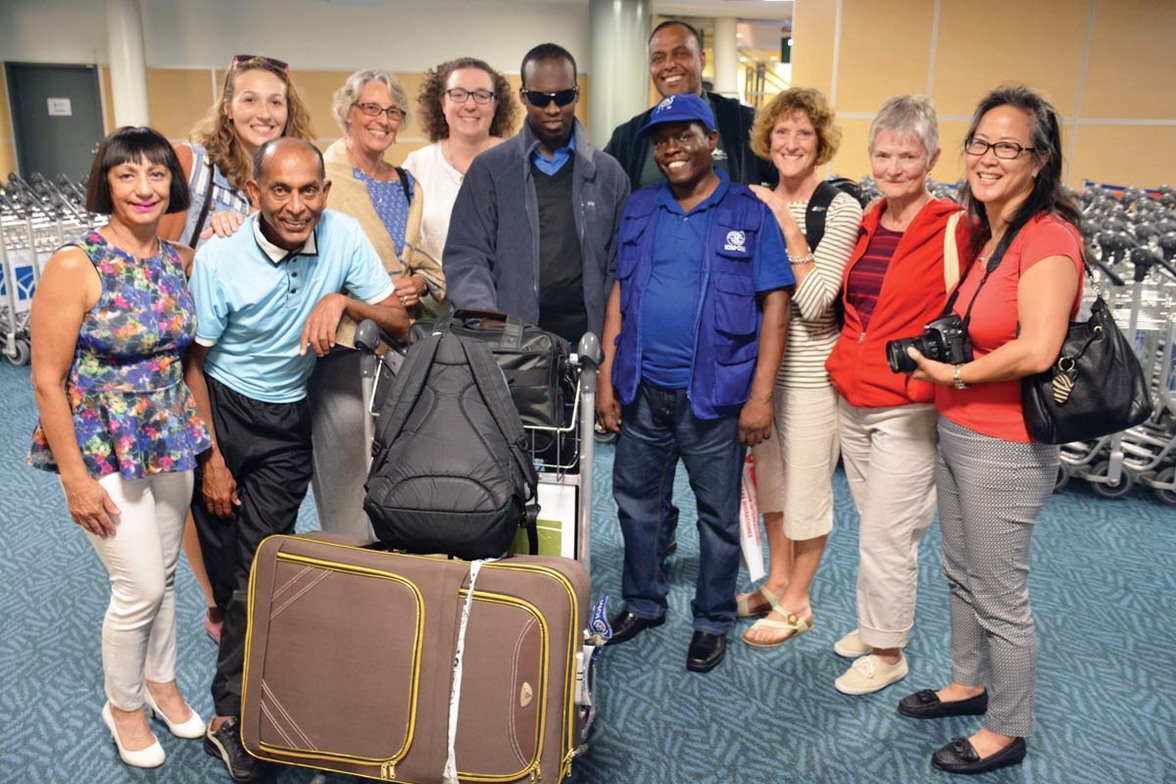 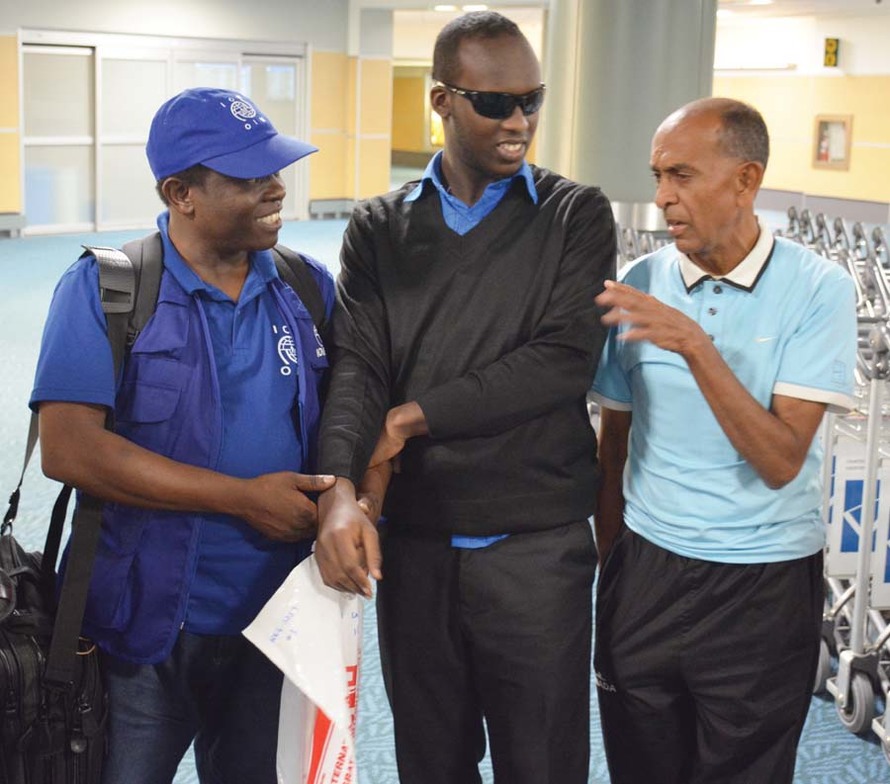 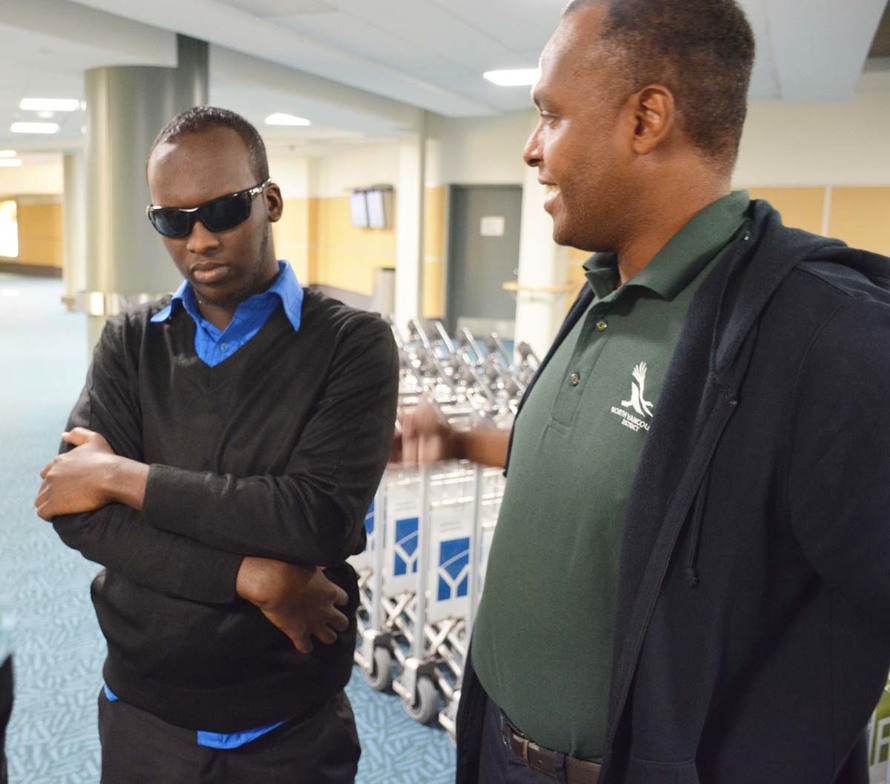 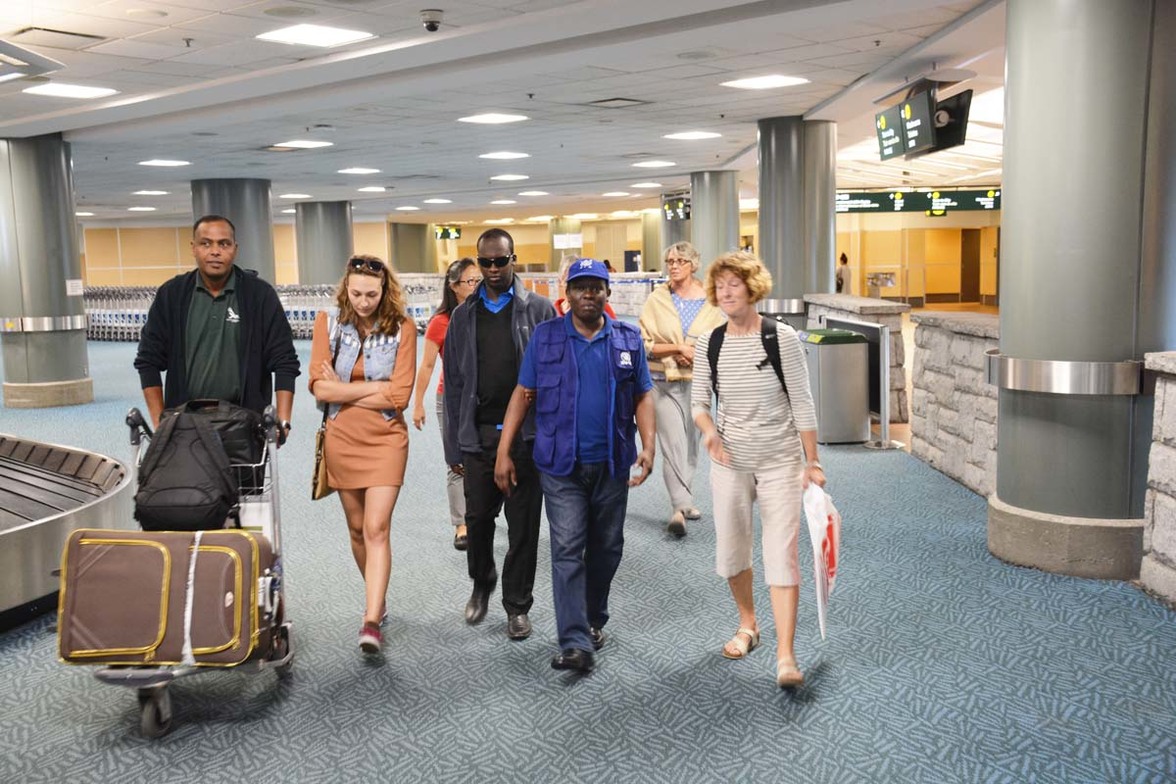 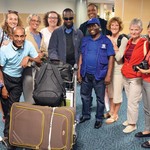 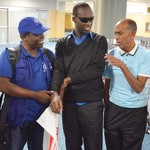 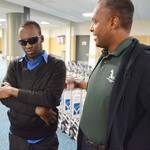 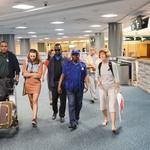 (With Files from Wilna Parry)

On October 17, 2015, members of interested churches (about 40 people) were invited to meet at St. Clement’s, Lynn Valley to decide on refugee sponsorship. This group would evolve over the next few months into the North Vancouver Regional Ecumenical Support Team (REST) a partnership of 10 churches and individuals who have come together to support the sponsorship of refugees. The group operates in close cooperation with the Diocese of New Westminster.

At that meeting in 2015, it was decided that the group would work towards the sponsorship of 1 Syrian family and 2 young men from a list provided by Immigration Services. One of the young men was a visually impaired Somali man from Mogadishu, Ali Salat Bugare (Bukare).

Bukare's profile indicated great urgency as his medical assessment and clearance was expiring November 17, 2015. Estimated timeframe to departure after sponsors were sourced was to be 30 days, so it was expected he would arrive in mid-December 2015. Instead, Honada’s family, the Palestinian family who had long been residents of Syria arrived first, January 15, 2016.

The group decision to sponsor Bukare was based on his profile (warmer climate and a city which has a hospital/research centre for vision-impaired adults) and needs: they felt that Bukare as a blind person would face enormous obstacles in a large refugee camp. He has 8 years of formal education, speaks some English (upon his arrival it was discovered that Bukare understands English quite well), has experience working as a shopkeeper and waiter. He gradually lost his sight after a “fall" in Mogadishu (he was 10) and was able to flee and seek medical help before he became completely blind in 2010. He is motivated and “looking for a better life in Canada”. He is unmarried.  Bukare has a mother, father, 4 sisters and 1 brother living in Somalia.

In late August members of REST were notified that Bukare would be arriving at Vancouver airport, September 12, 2016.

And arrive he did. After a very long trip that originated from Nairobi, September 11 with plane changes in Zurich and Toronto, Bukare's aid, Peter Mbatha accompanied him from AC flight 161 through the terminal to the baggage carousel at YVR where he was greeted by a small group of folks representing REST.

Cynthia Bunbury, the principal REST representative had arranged that the REST group be augmented by Abdullah, originally from Somalia and Amyn Bhulji and Gulnar Carlisle who are fluent in Bugare's principal language, Swahili. They welcomed Bukare and Peter. Peter was scheduled to return to Toronto the following afternoon.

Bukare was a bit uncomfortable and somewhat stiff from the many hours on planes. He was concerned about the temperature outside and asked Abdullah for a jacket. St. Clement’s parishioner Wilna Parry had brought along a jacket owned by her husband Dave, which she gave to Bugare and he gladly donned it.

Bukare was introduced to members of the greeting party and he agreed to pose for some arrival photographs. Then it was time to head out to the waiting car and begin his new life in Canada. He was taken to Wilna and Dave Parry’s home in Lynn Valley where he will stay until such a time that appropriate accommodation can be found for him. Cynthia Bunbury will coordinate the volunteers who have signed on to be part of Bugare's care and transition team.

Bukare has appointments with a dentist and opthamologist and an appointment is being set up with a physician. He apparently has a cataract on his right eye and it is hoped that if that is removed, he will have some vision, but those needs will be clearer once he has had some medical attention and tests. All these appointments are taking place in September. Amyn Bhulji and Gulnar Carlisle helped with arranging the medical appointments. Amyn was scheduled to stay with Bukare the first night at the Parry home.

Prior to Bukare’s arrival a REST representative had been in to see CNIB about resources. An occupational therapist (OT), Julia Rowlands, as well as a vision impaired man met at the Parry home, to give advice on accommodation and what Bukare’s household needs would be.