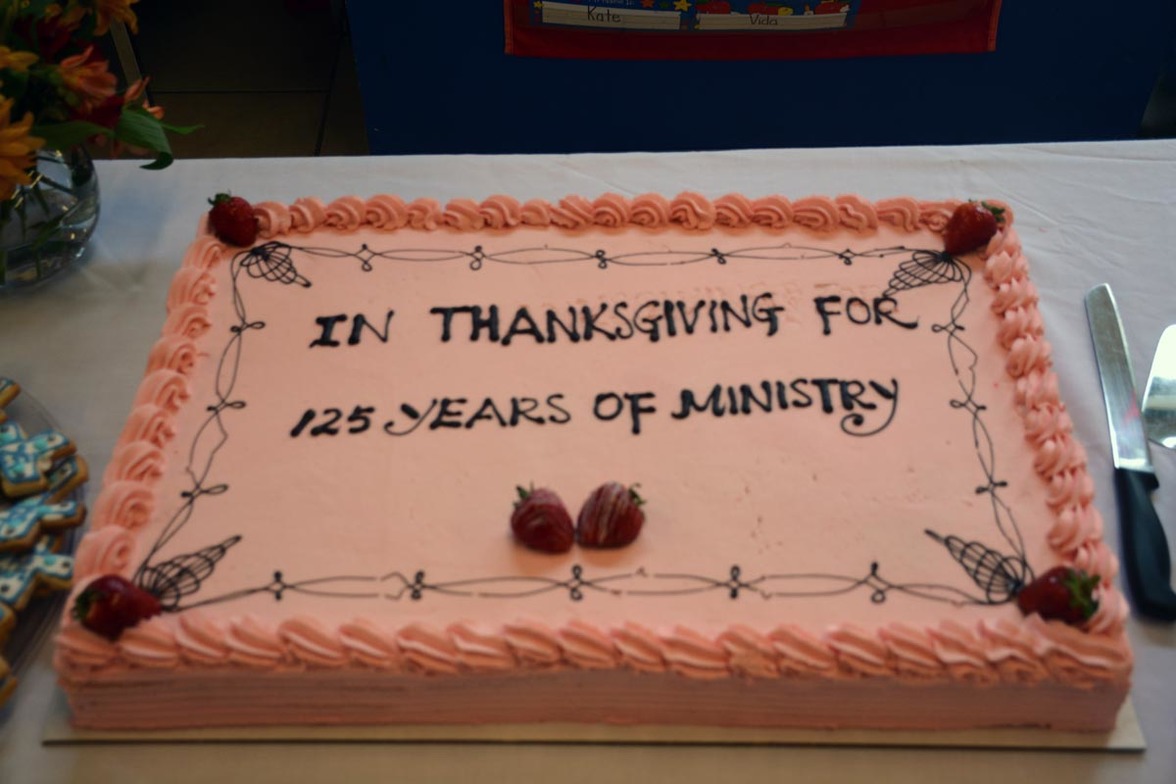 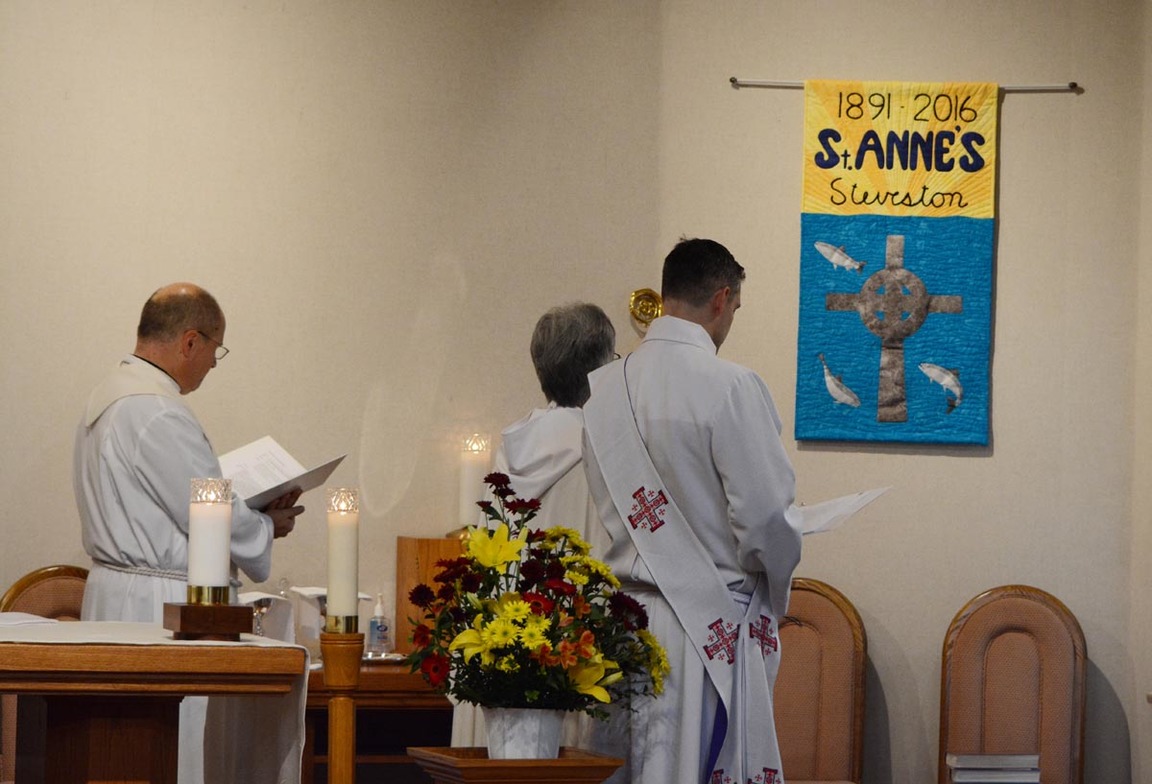 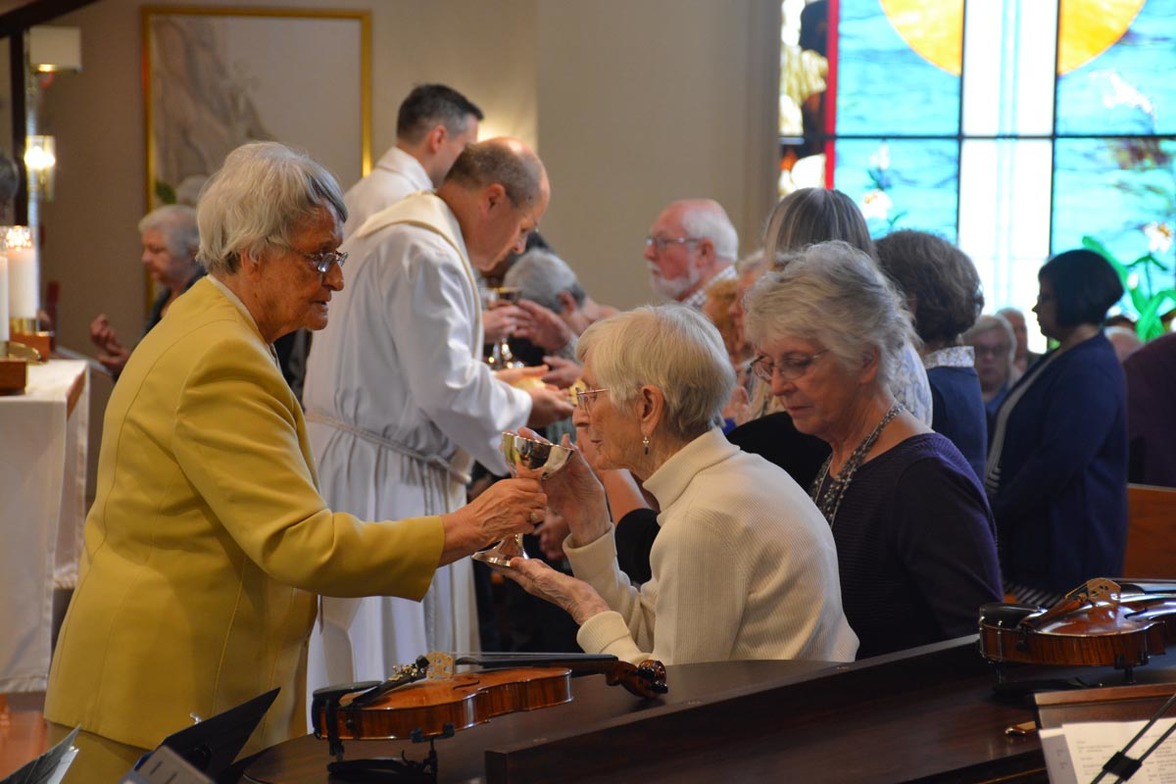 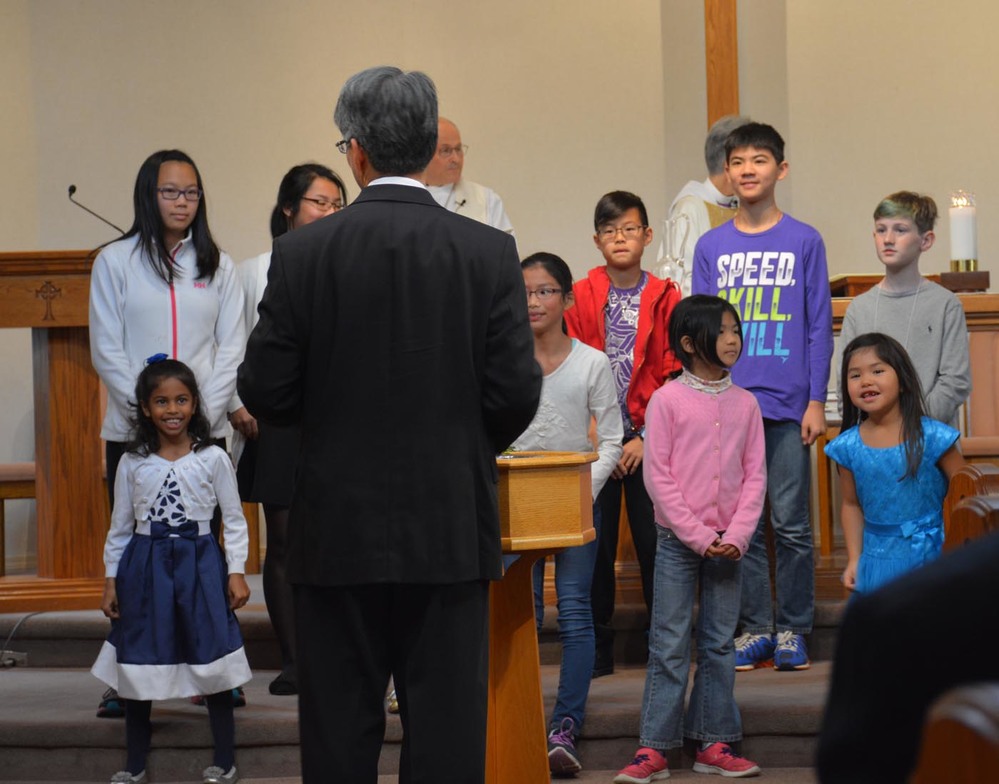 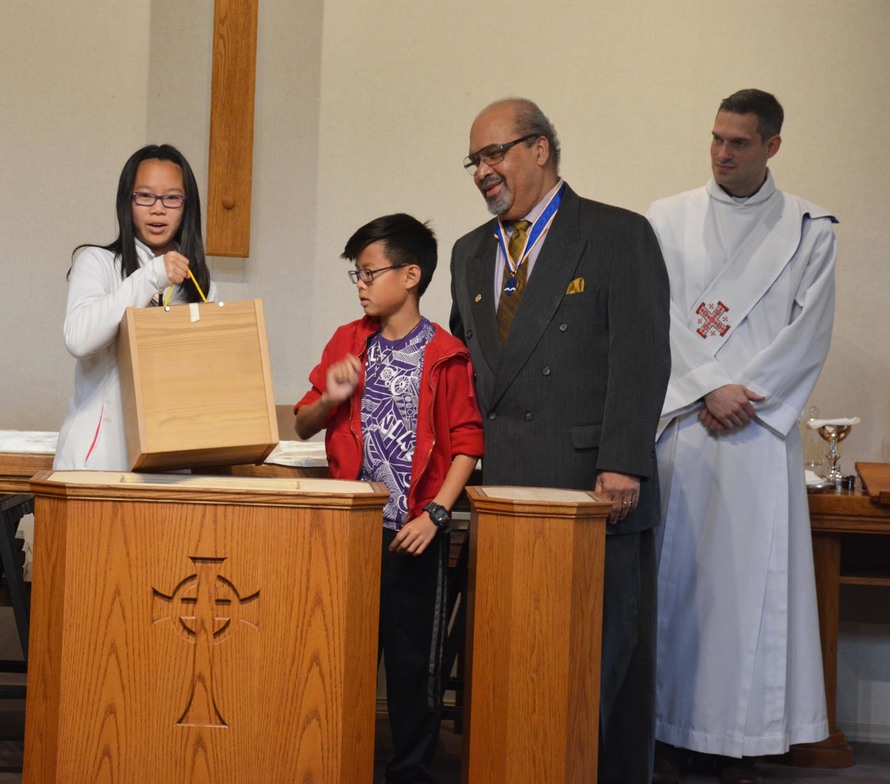 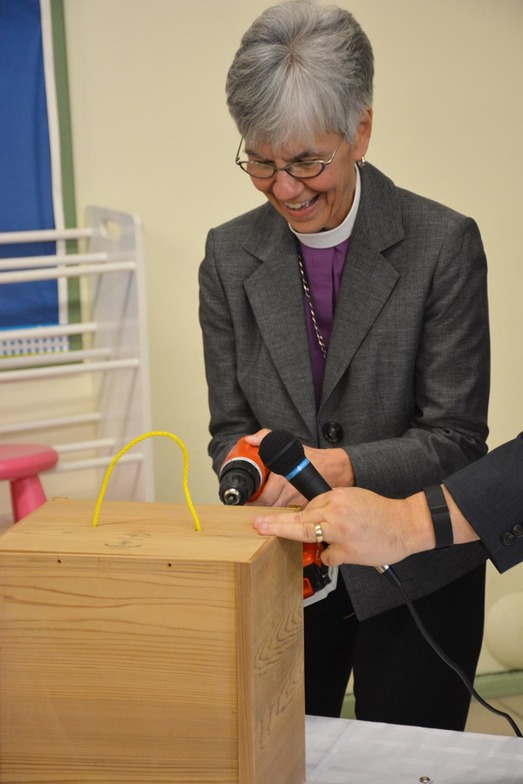 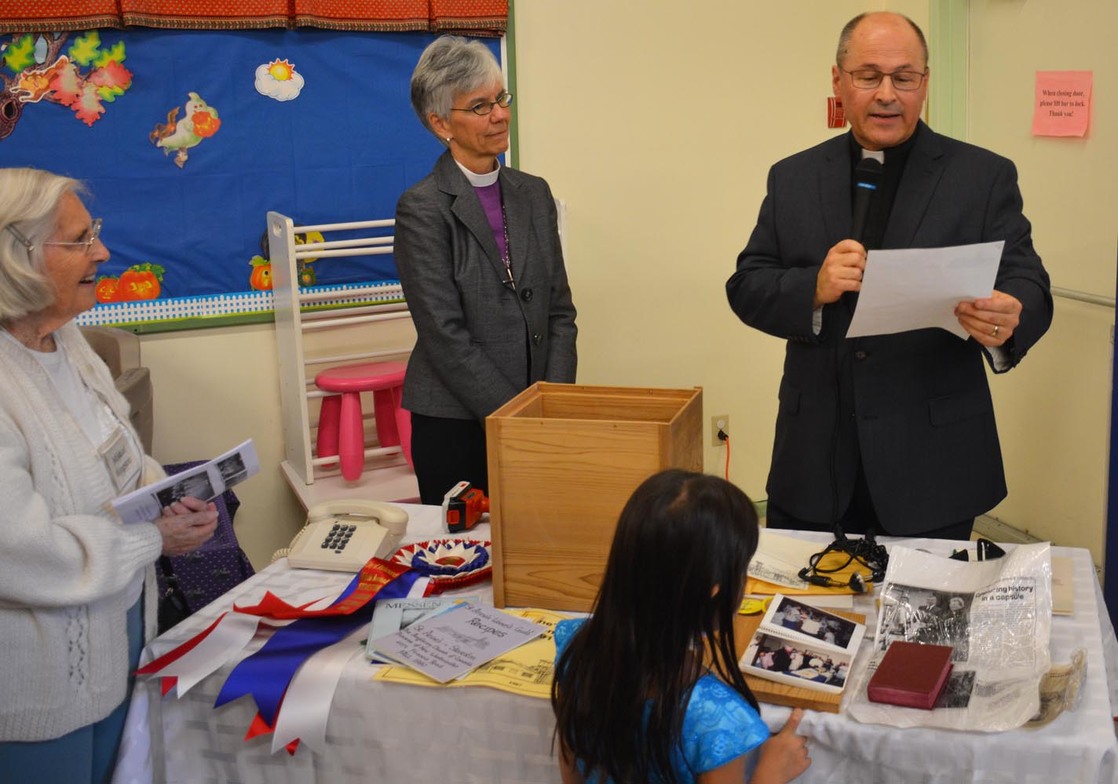 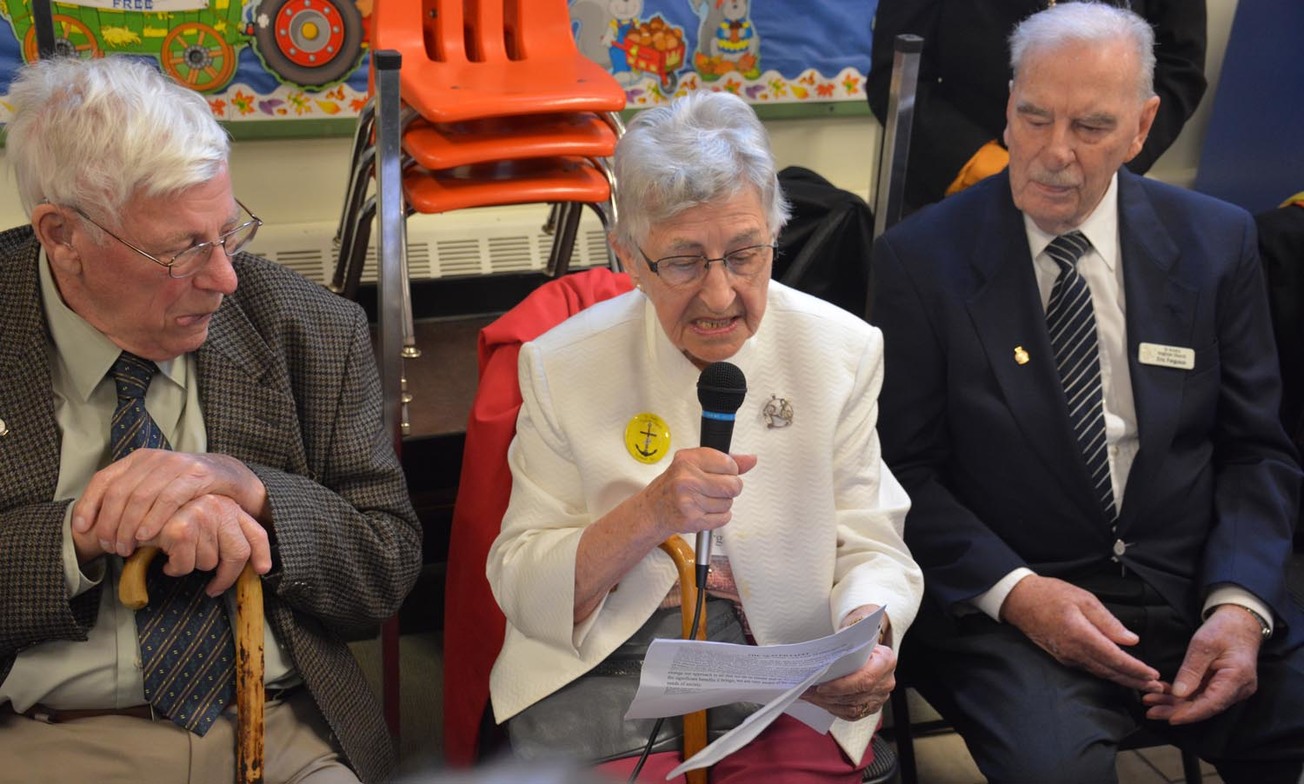 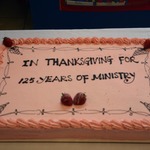 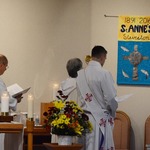 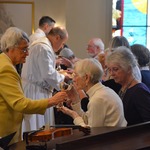 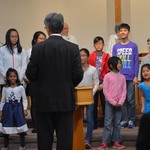 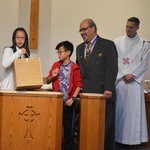 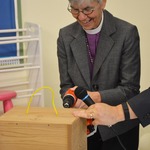 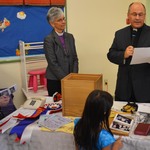 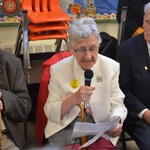 The Parish of St. Anne's, Steveston celebrated 125 years of ministry, October 23, 2016. Bishop Skelton was present to preach and preside at the Eucharist and later open a time capsule that was placed in the St. Anne's altar by the Centennial Committee in 1991. The instructions were to open the time capsule in 25 years, June of 2016 but due to Bishop Skelton's schedule this was delayed until her availability on October 23.

Before examining the readings chosen for worship on that morning, the 23rd Sunday After Pentecost, Bishop Melissa Skelton began her sermon by sharing the following CTV new story and reflecting on it in light of the milestone being celebrated that morning in Steveston.

Text and video versions of the sermon are available here.

The St. Anne's clergy and parish leadership with their lay teams had done a great job getting the word out to the St. Anne’s community both past and present as the service was very well attended. Rector, the Reverend Brian Vickers gave a brief but informative address prior to the procession about the evolution of St. Anne’s parish, the birth of Anglican ministry in the Steveston area, the generosity of one of Richmond’s founding families, the Francis’s and that family’s gift of land where the current buildings now stand. The music in worship was plentiful, diverse but familiar and featured a string quartet led by St. Anne’s director of music, Jonathan Der as well as some accompanied choral music, congregational hymns and a prelude solo sung by Sarah Stephenson.

Following the Children’s Talk, the new Parish Banner created by the Reverend Gail Newell and Jean Ambeault to mark the 125th Anniversary was dedicated by Bishop Skelton and then the children of the parish adjourned to other rooms of the St. Anne’s building following the Children’s Talk to prepare a praise song (with choreography) that they performed following Eucharist and before the removal of the time capsule. The song delighted the near capacity congregation.

When the children’s musical offering concluded, the Reverend’s Vickers and Munn removed the linens from the Altar.  Aided by some members of the parish the altar top was removed and two younger members of St. Anne’s, supervised by Warden, Roger Farrier, ODNW removed the time capsule. The capsule was processed out of the sanctuary and into the hall followed by the Sanctuary Party.

In the hall a catered luncheon had been set-out on several tables in the middle of the room but the focus of the congregation at that point was on the rector, the bishop and the rectangular wooden box that had just been brought out into the light of day for the first time in 25 years. Bishop Skelton had the honour of taking the cordless drill and removing the screws holding the lid on the box. Once the lid was removed, the Reverend Brian Vickers aided by Bishop Skelton removed the variety of items one by one which included: an album of parish photos, a Salmon Festival prize ribbon, a page from a 1991 issue of Topic with coverage of St. Anne’s Centennial Celebrations, a recipe book, a souvenir centennial placemat, a touch-tone phone and a mid-century telephone operator’s headset. There was also a letter from the Centennial Committee.

The 1991 Chair of the Centennial Committee, Joyce Ferguson was present with her husband Eric. Also in attendance was Stuart Smith, a former member of St. Anne’s, who helped place the original time capsule in the column of the altar 25 years ago.

The reason for the phone and the headset in the capsule was that Joyce had been a BC Tel employee and had asked then-CEO of BC Tel (now Telus), Brian Canfield for a contribution. The story doesn’t end there as Joyce had recently run into her old boss and he had written a letter to the St. Anne’s community congratulating them on 125 years and making reference to the incredible strides forward in communications technology over the past 25 years.

(This article is an edited and condensed version of the feature article that will be published in the December 2016 issue of Topic, the monthly publication of the Diocese of New Westminster)