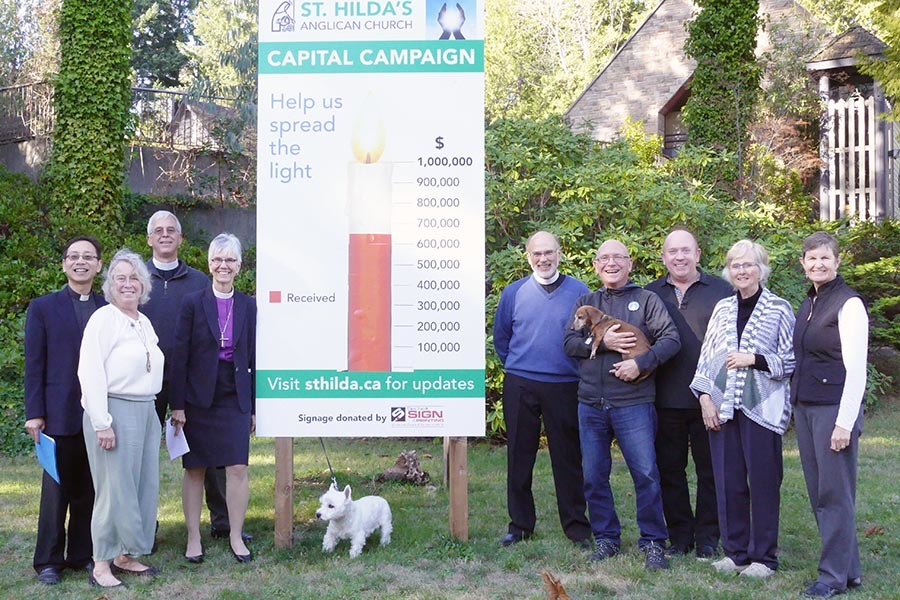 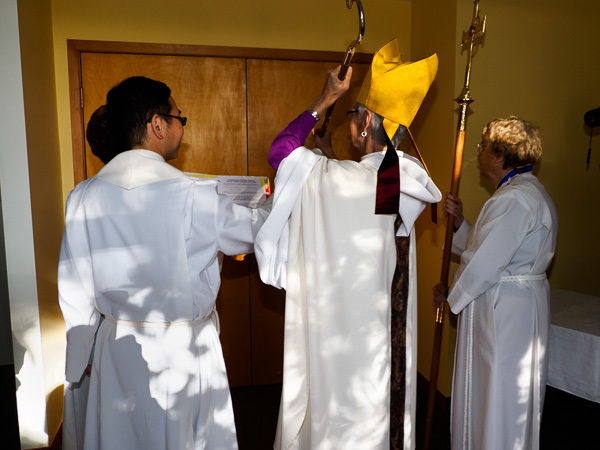 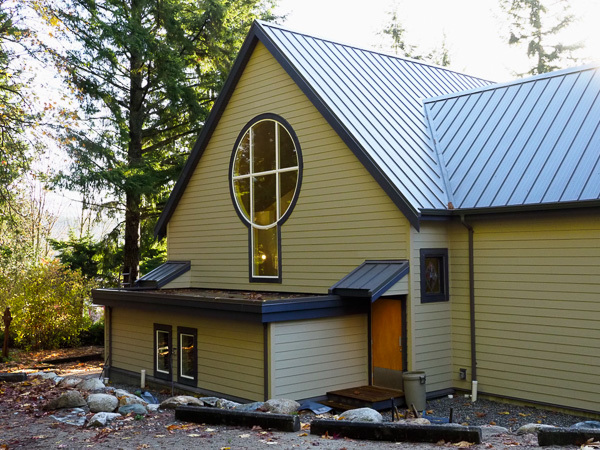 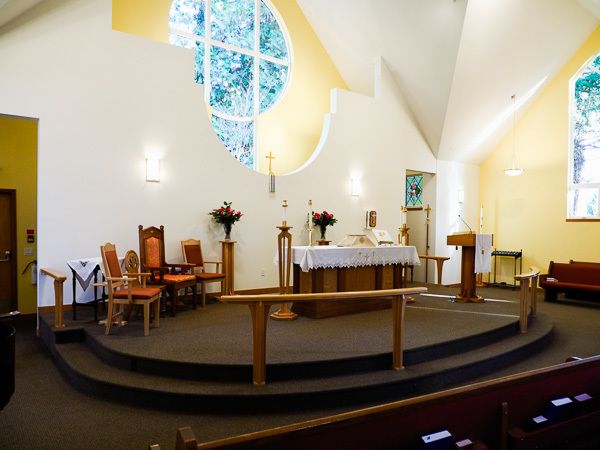 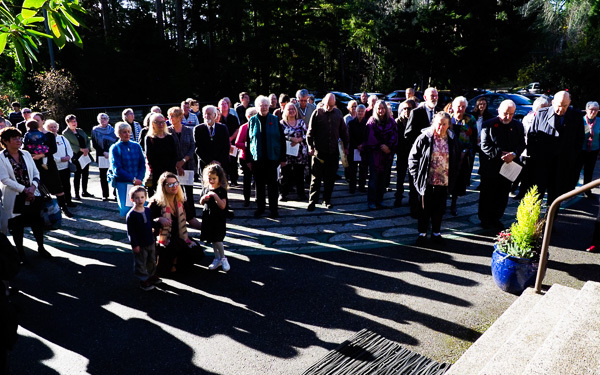 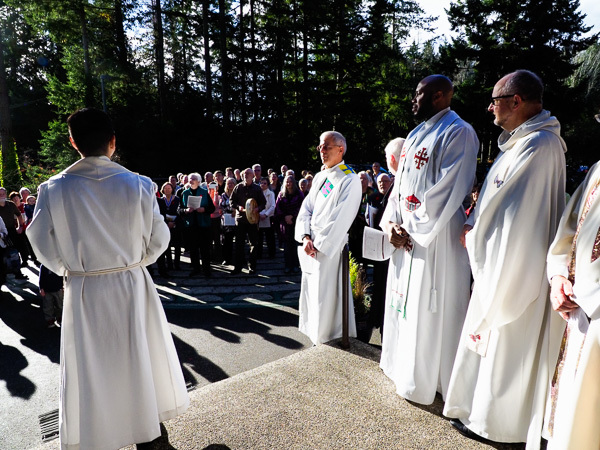 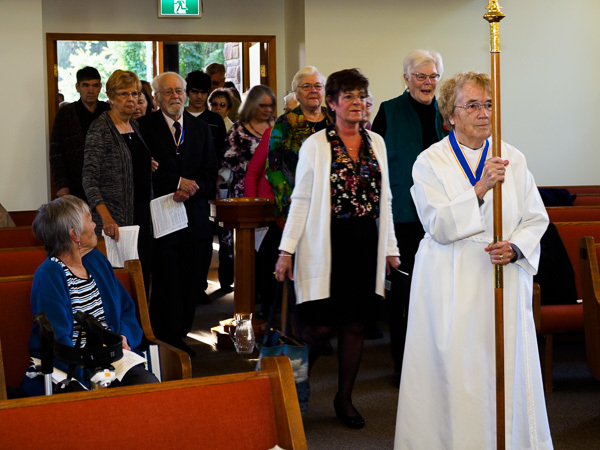 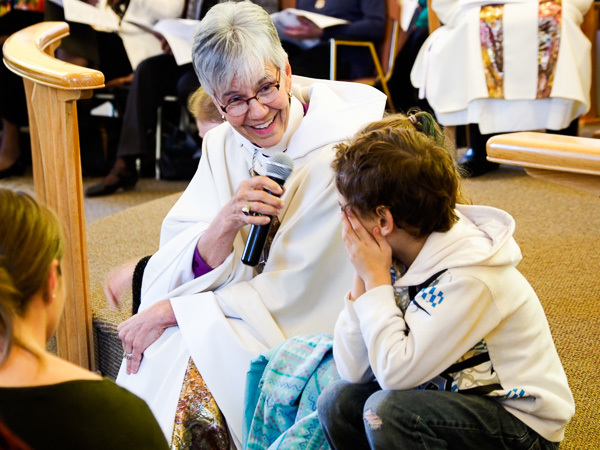 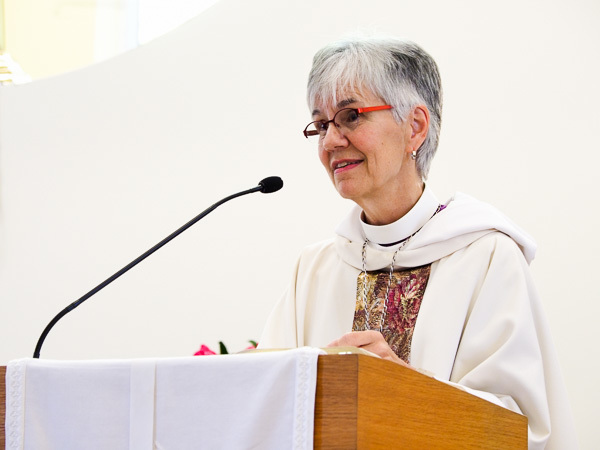 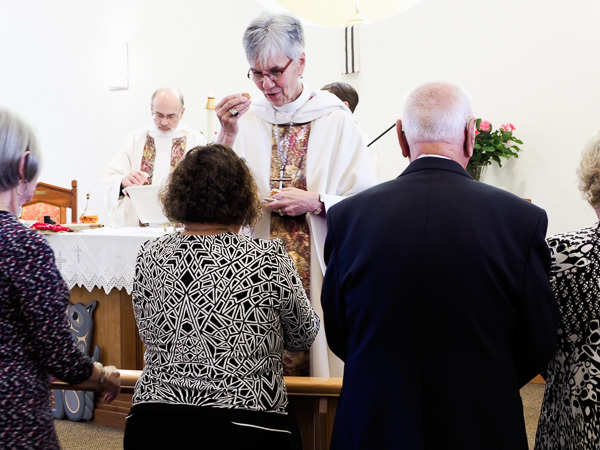 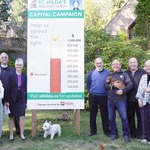 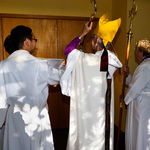 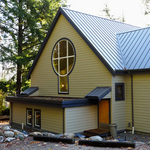 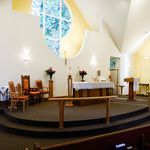 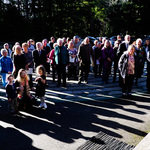 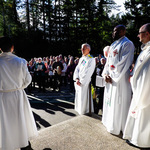 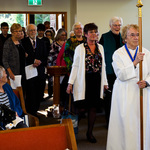 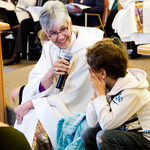 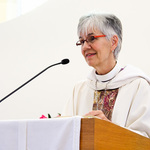 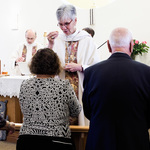 On Sunday, November 4, within the octave of All Saints, the Parish of St. Hilda's-by-the-Sea in Sechelt, BC celebrated the Eucharist that included the rededication by Archbishop Melissa Skelton of the renovated church building.

For nearly 16 months the parish has worshipped in the hall while their sanctuary underwent a 1.3 million dollar rebuild following the discovery of many critical deficiencies in the 30 year old building. There was a real concern that the building would have to be torn down but the parish, the diocese and the greater community did not give up hope and the work was done.

A new transept to the west (dedicated by Archbishop Skelton that morning) was built as part of the design plan to strengthen the structure.

The liturgy began with the congregation gathering outside the church in the area in front that contains the parish’s labyrinth. Prior to the beginning of this per-worship event, a large and very vocal flock of geese flew overhead in formation which prompted a reaction from many who were gathered outside and a number of “Amens” spoken by those who viewed this as a sign from the Creator.

Rector of St. Hilda’s, the Reverend Clarence Li was cast in the liturgical role of MC and he began the worship saying, “Dearly beloved, how long have we waited for this day?” This question was greeted by good-natured laughter. He introduced Archbishop Skelton and described what would take place prior to the congregation entering the church for worship.

He offered prayers and a time of silence prior to Archbishop Skelton and the sanctuary party entering the narthex, followed by the archbishop knocking on the closed doors of the sanctuary with the crozier and exclaiming the words, “let the doors be opened!” The doors opened, director of music, Katherine Hume began to play Handel’s “Voluntary” from The Water Music and everyone filed into the bright and beautiful renovated building.

The church was filled to capacity, the Holy Spirit was present and everyone was delighted to be back worshipping in their beloved church building. The service included: The Rededication of the Sanctuary; Blessing of Holy Water; Blessing of the West Transept; a pipe placed on the altar accompanied by healings songs and drumming led by Terry Aleck and the Eucharist for All Saints with Archbishop Skelton as preacher and presider.

There were a number of guests present at the worship including: Donald Paul, ODNW, diocesan registrar; the Reverend Dr. Tellison Glover, Director for Mission and Ministry Development at the diocese, the Reverend Canon Jonthan LLoyd, Regional Dean of Sea to Sky and the Reverend Eric Stroo, deacon at St. Michael’s Multicultural Church, Vancouver.

Following worship a lunch was offered in the parish hall.