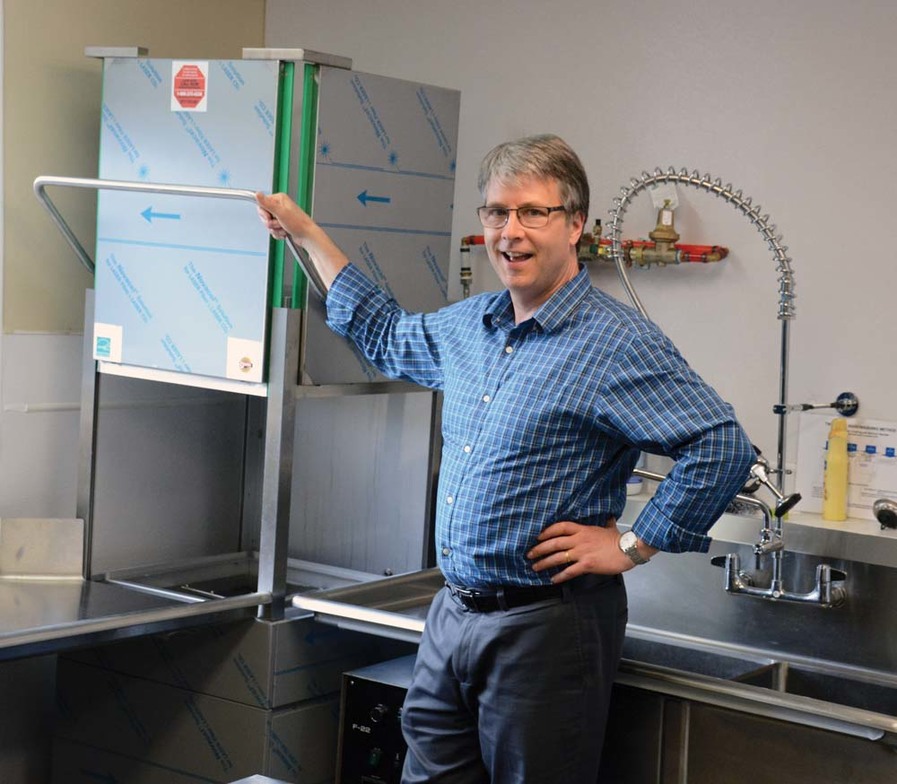 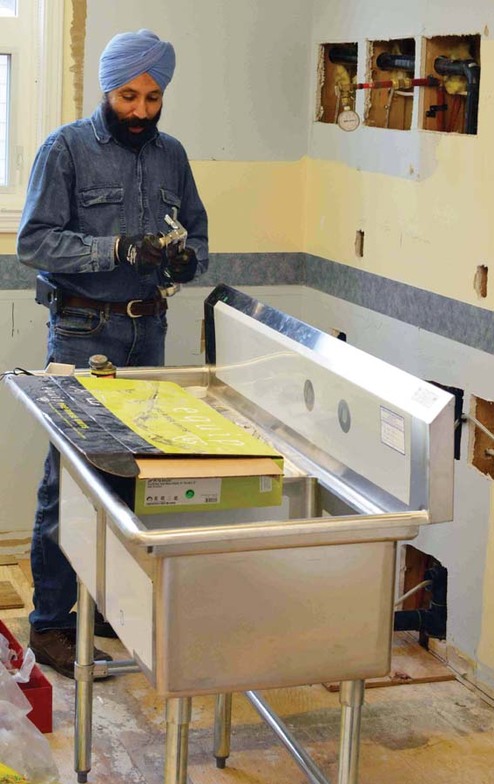 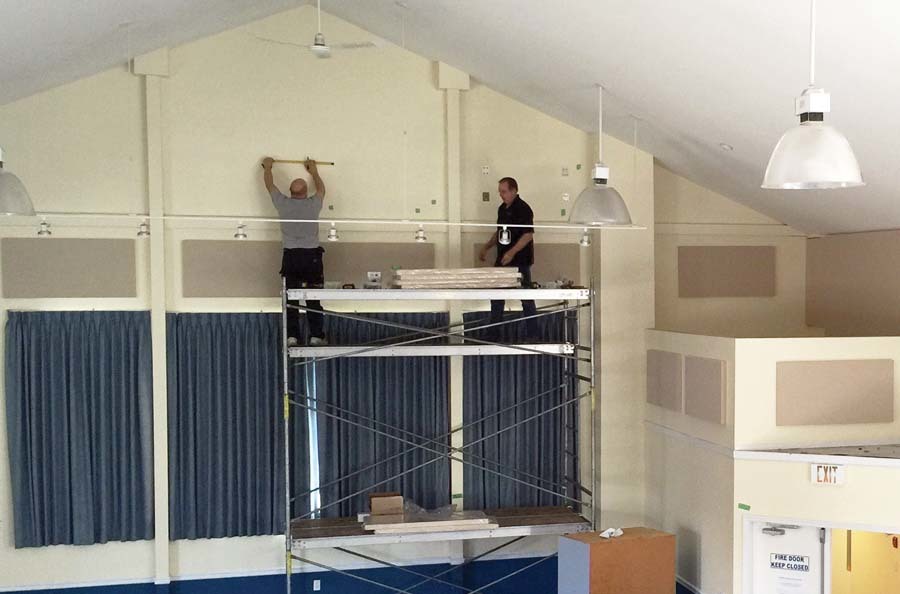 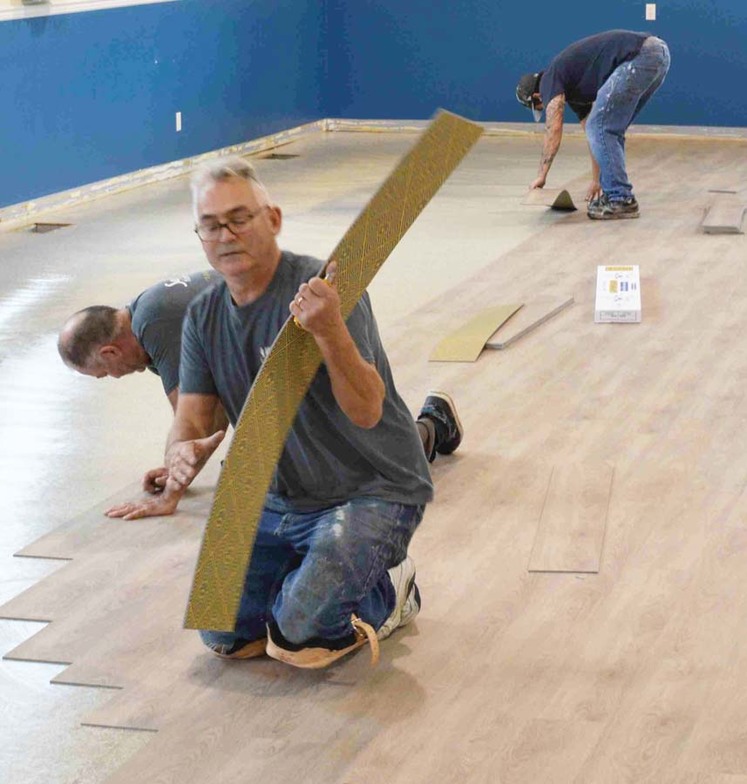 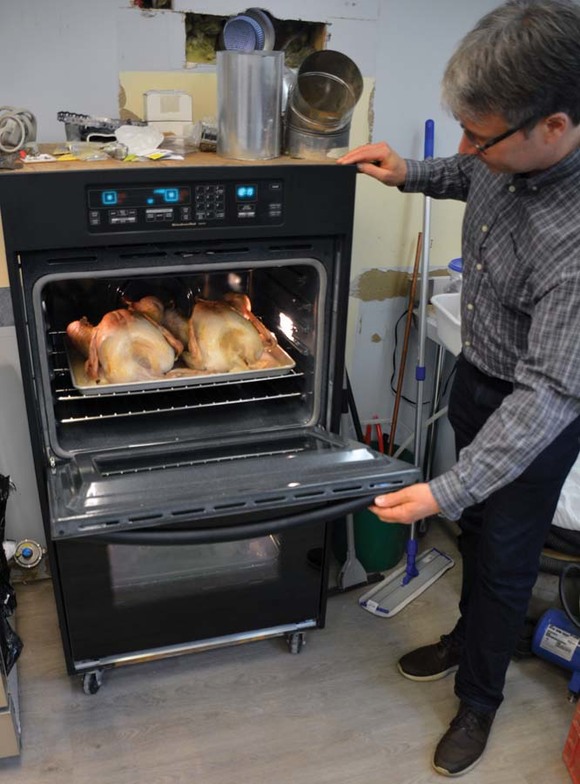 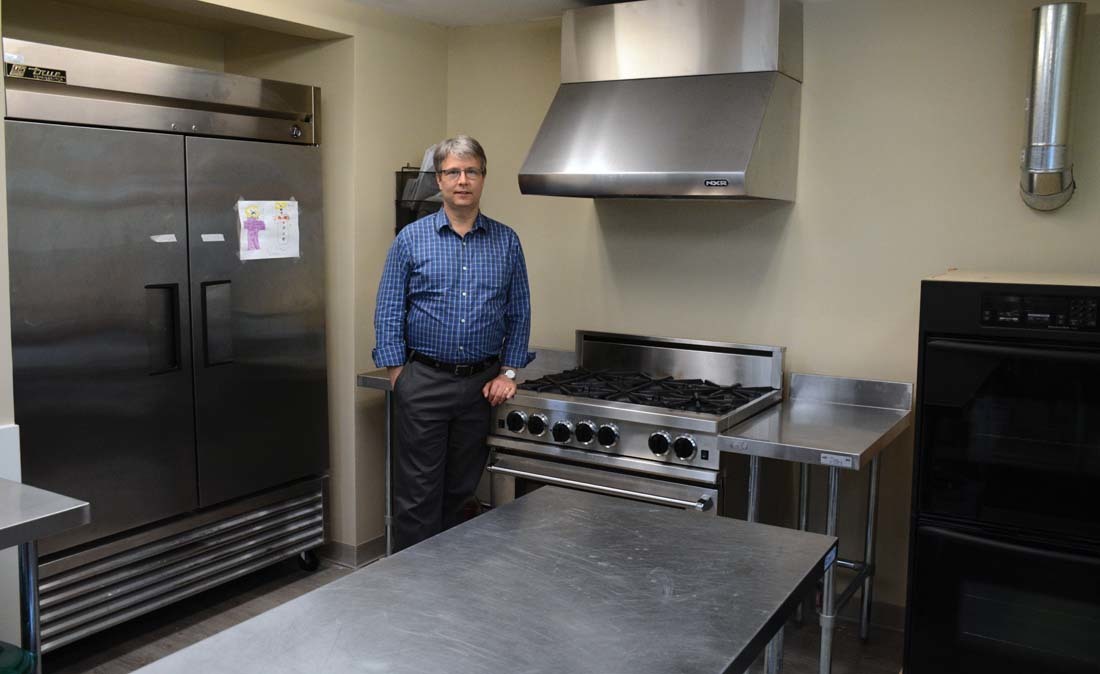 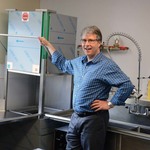 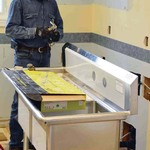 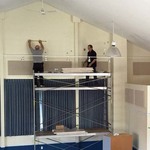 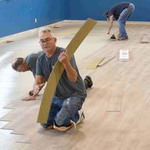 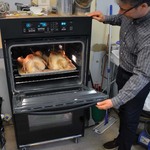 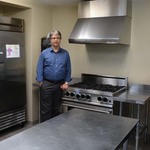 Congratulations are certainly in order for the Parish of St. Agnes', North Vancouver for they are almost finished their 3+ year, $75,000 (so far) renovation project.

Diocesan communications most recent visit to the beautiful 108 year old church property in North Vancouver’s Grand Boulevard neighbourhood was April 25, 2017, and on that day a recently needed electrical upgrade to bring the renovated kitchen up to code had been finished and was awaiting inspection. This was one of the last hoops to go through in order to declare the project finished.

The project began in 2014, when a Parish Council committee was struck to identify renovation priorities. The committee identified that a professional level kitchen, easy to use and easy to clean with safety a clear priority would be top of the list. The motivation for this had a lot to do with St. Agnes’ deacon, the Rev. Lizz Lindsay’s Sharing Abundance food ministry. St. Agnes’ rector, the Ven. Stephen Muir says, “Sharing Abundance ministry uses the kitchen for the seniors’ lunches (cleverly marketed as “ A Senior’s Moment”). The heavier use was increasing wear and tear on the old residential style kitchen. We were wearing out the old kitchen and it was time for a new one.”

It wasn’t just the kitchen that was renovated. The entire building received a facelift, with new flooring in the hall, new carpet in the sanctuary and more. The St. Agnes' community is very active and their large parish hall receives a lot of use, not just from the parish and the parish’s compassionate service ministries but also from the community. The many windows and reflective surfaces are not conducive to good acoustics so after sound consultants analyzed the room, sound absorbing acoustic panels were installed mostly on the upper perimeter of the parish hall’s walls and a new Bose audio system was purchased to complete that component of the work.  In order to increase the comfort and efficiency of the room, comfortable but stackable chairs were purchased. The upper level loft area at the north end of the hall overtop the kitchen and north entrance was upgraded as well, primarily to serve as a Godly Play area for the parish’s younger members.

Now $75,000 is a goodly sum of money, but the parish and their rector embraced the challenge and worked very hard to source the funding. Keeping in mind that this work has taken place over 3+ years the funding has also been incremental. The project received $15,000 from the Anglican Foundation; $25,000 from the Federal Government’s Canada 150 initiative; $25,000 from New Horizons for Seniors was used for improvements in the hall, specifically the aforementioned acoustic treatment and purchase of stacking arm chairs; Gala fundraisers in 2014 and 2015 raised approximately $10,000 for the kitchen and St. Agnes’ have a memorial fund of $30,000 to draw on as well. The City of North Vancouver contributed a small grant that was used towards the purchase of the gas range.

The Ven. Stephen Muir who has had substantial fundraising experience and training admits that his grant writing skills came in handy when applying for the Anglican Foundation and Government of Canada grants. He admitted to being surprised that the project qualified for government funding and when asked about this piece of the revenue sourcing experience he said, “I was surprised we qualified for government funding. One reason we received the money is because of our relationship with Sharing Abundance. We could demonstrate a partnership which was for the benefit of the wider community. Sharing Abundance is a separately incorporated non-profit with charitable status.”

When asked what was the biggest challenge his response was that waiting for approvals from the City of North Vancouver for the building permit stalled the project. “The initial plan was to do the work last July and August (2016) when we do not have user groups and renters using the hall. We did not get the building permit until September 1, so our contractor had to work around the user groups. That made progress slow going.” For Archdeacon Muir the biggest surprise with installing a commercial grade kitchen is the need for a grease trap “which sounds simple but turns out be complicated, big and bulky.”

Having the renovation completed, the improved hall has created new opportunities for ministry. The parish has increased the monthly Seniors’ Moment Lunch from once to twice a month. Sharing Abundance will be launching a new community food program for seniors called “Perfect Portions” thanks to a recent grant they received that Stephen wrote. It is also possible that Honada Abdulhafiz whose family arrived from Syria in early 2016, as refugees sponsored in part by the St. Agnes' refugee ministry may use the kitchen to support her recent home-based catering business. They were also able to employ her husband Said to do some of the work on the reno. The St. Agnes’ community also plans to build on the success of the Seniors’ Moment program. There is the possibility of a Mom and Tots program using the facilities through a contract with a local social service agency.

The general contractor for the project, Balraj Hundal lives across the lane from St. Agnes’ and in Stephen’s words, “as a result of this project he has kind of adopted us as his on-going maintenance project.” The St. Agnes’ folks are truly blessed to have someone so close that can offer imminent aid for things like… plumbing.

We asked Stephen what he would advise if he could speak directly to parishes around the D of NW on the process and purpose of fundraising to improve physical space, making it more accessible for ministry. He replied, “Plan well in advance. Use professionals at the planning stage. We were able to leverage the fact that we had approval from the Anglican Foundation and that let government funders know that we had institutional support. The Anglican Foundation grant gave the project credibility with other funders. Also our partnership with Sharing Abundance gave the project credibility as a community outreach project and not just a church improvement project. We also had multiple funding sources: fundraising galas, two grants, memorial funds, parishioner donations. We were lucky in that we avoided having to do a full-blown capital campaign.”

For any parishes or organizations that would like some advice on launching an ambitious project like this one, Archdeacon Stephen Muir would be happy to speak with you. He can be reached through the St. Agnes’ office, 604.987.0432.