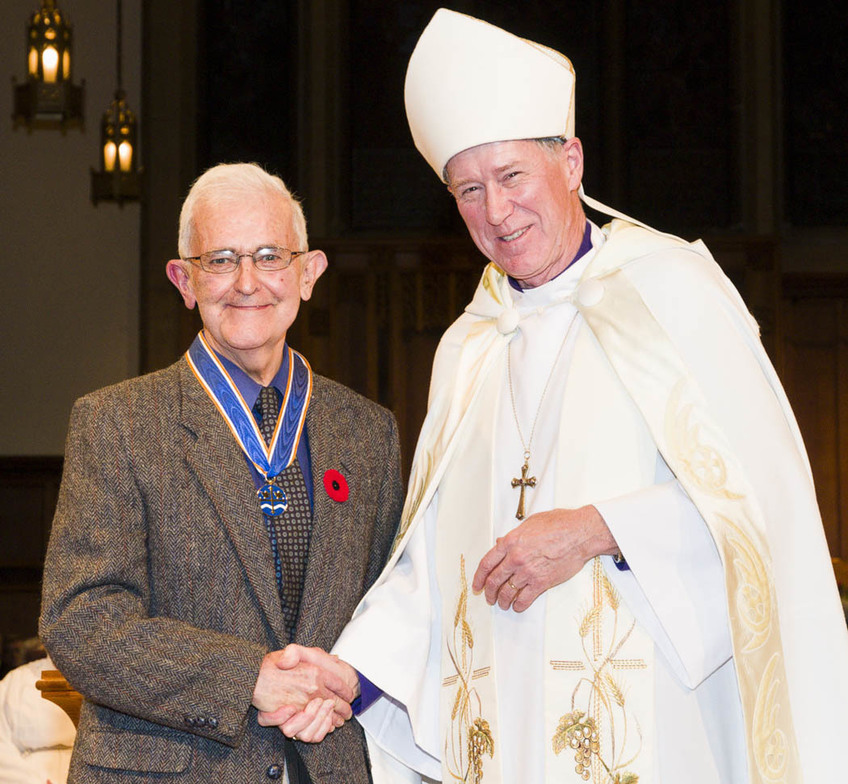 Robert (Bob) MacMillan died April 1, 2020. He was invested into the Order of the Diocese of New Westminster as a member of Church of the Holy Spirit, Whonnock, November of 2013.

According to his executor and family friend of almost 50 years, Deborah Sproule, Bob was born in Vancouver, March 15, 1933, and was a longtime member of Holy Spirit, Whonnock. At that parish he was the organist and was also active in parish leadership as a member of parish council. He continued serving the parish until he was no longer able to play the organ or attend church due to physical disabilities. From July 2017 onward he lived with Deborah and her husband and they cared from him until early 2019, when he became unable to walk and needed additional care. He went into residential care in Chilliwack and then to the Tabor Home in Abbotsford where he died. Deborah was with him for the last 3 days of his life and in her note to the Archbishop's office she wrote, "he did not pass alone, which we are so grateful for."

He is survived by an older brother in California, a nephew in Australia and a niece in Kelowna.

Here is the text of the Citation that Bob received when he was invested into the ODNW.

Bob has attended various Anglican parishes over the past 40 years as he and his wife moved around the Lower Mainland. Currently, he serves the Church of the Holy Spirit as Bishop’s Warden and is an important leader in this community.

A Celebration of Life will be held later in the year, when hopefully people can attend. Diocesan communications will circulate the information about Bob's service when it becomes available.

(prepared with files from Deborah Sproule)