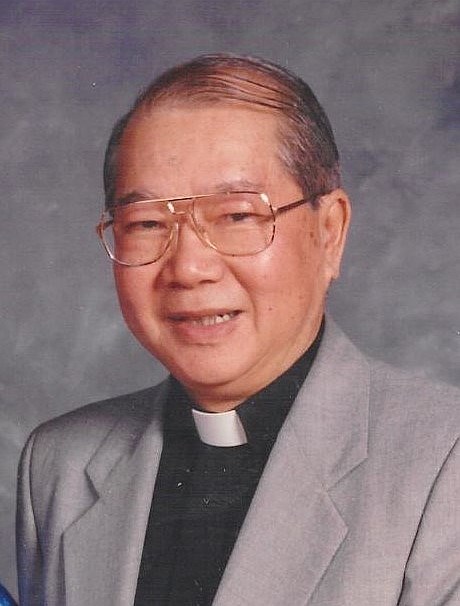 The Reverend Robert Yeung died at Laurel Place Hospice in Surrey on October 28, 2021.

Robert was born in Hong Kong. His father, Dr Yeung Shiu Chuen promised Robert to a future doing God’s work after Robert survived a life-threatening illness when he was three years old.

Robert met Marie shortly after the Battle of Hong Kong in December 1941. They married in 1953, and built a successful optical business in Hong Kong, leaving it behind to immigrate to Canada in 1966 with their young family.

He served at St Faith, Vancouver, St Michael, Surrey, and Mission to Seafarers, Vancouver. In 1983, he returned to Hong Kong and served as Vicar at St Paul’s Anglican Church, the parish he attended as a child, where he and Marie were married, and where their children were baptized. Completing his term there, he returned to Canada, serving at St John, Toronto and Church of the Good Shepard, Vancouver. Robert was canonically resident in the Diocese of Hong Kong and Macao at the time of his death.

Please remember Rev. Yeung and his family in your prayers.

Here is a link to the obituary on the Dignity Memorial website.