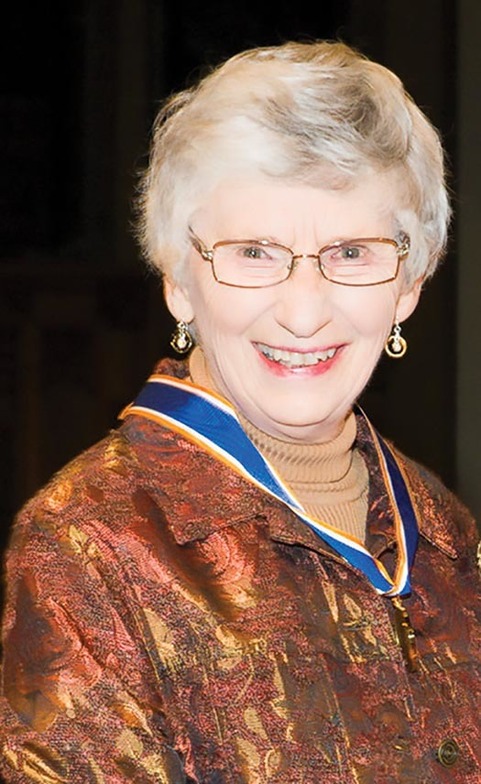 Roberta Irene Foxall was born in Kimberley, BC in 1938. She was baptized there and later confirmed at St. Aidan’s in Rutland. She trained to be a teacher at Victoria College and UBC and taught for about seven years during which time she married Garry. They moved to Sechelt in 1966, and soon joined the parish of St. Hilda’s-by-the-Sea. After some years staying at home with her three children, she spent twenty-four years as owner of a fabric store, called Sew Easy. She was a creative and talented seamstress and quilter who inspired many people to become involved in fabric arts.

Roberta taught Sunday School for 8 years, including time as chair. She was also an important part of the choir for many years. She worked hard at the church’s annual Whale of a Sale and was an active participant in many fundraisers, contributing countless beautiful hangings, blankets, and smaller items to church craft sales along with her famous brown bread. Her work raised thousands of dollars to extend the mission of the church and bring joy to those who bought the items she made. She also made the exquisite banner of St. Hilda which hangs in the parish’s sanctuary.

Roberta was invested into the Order of the Diocese of New Westminster in 2014. Here is the Citation:

Roberta and her husband Garry have faithfully served St. Hilda’s in many capacities for the past 48 years. But her greatest gift to us is the example of her quiet and steadfast faith and courage through years of medical challenge and experimental treatments. Her presence is a continual example of new life in Christ.

Roberta said she could feel the power of prayers for her and calmly faced surgical treatments in the full assurance of God’s care. Her courage and faith continued to the end, an example of new life in Christ.