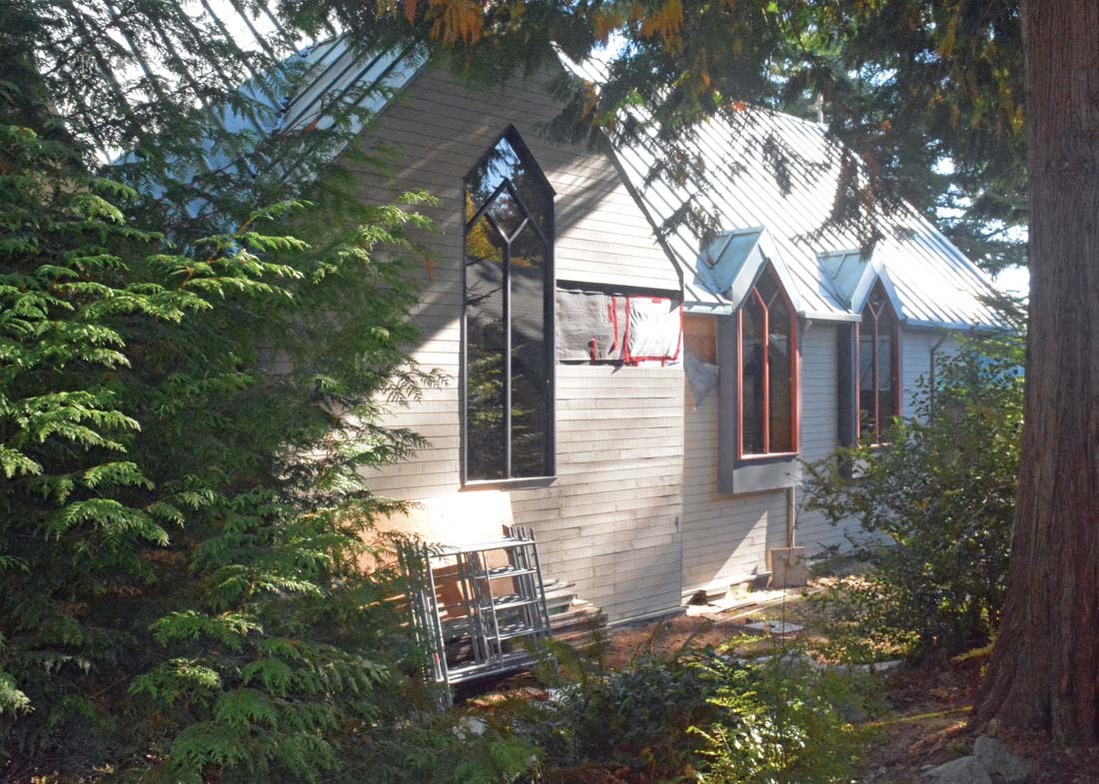 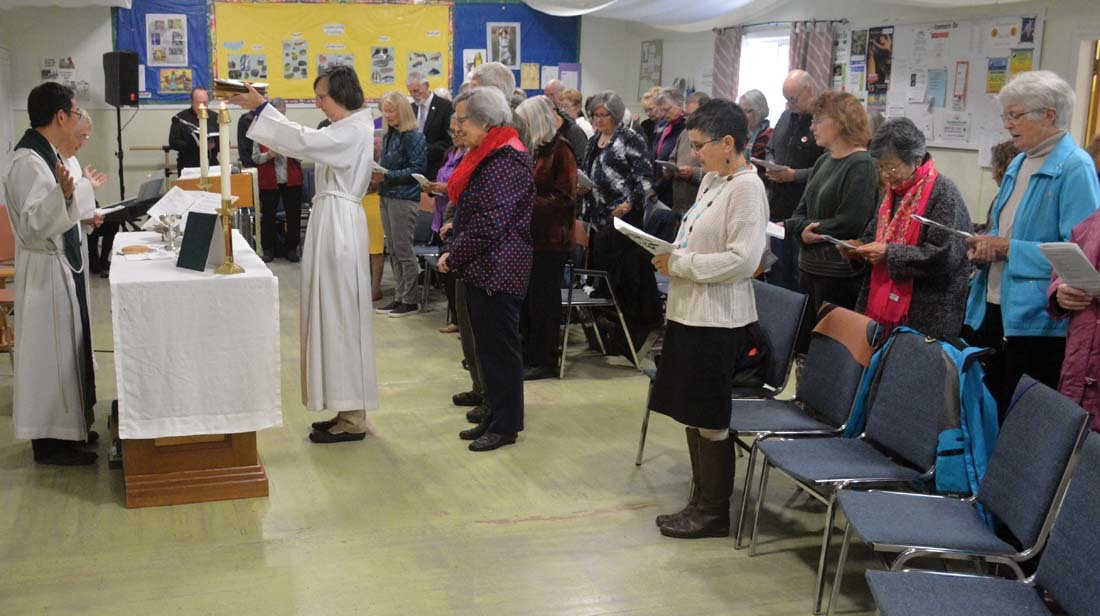 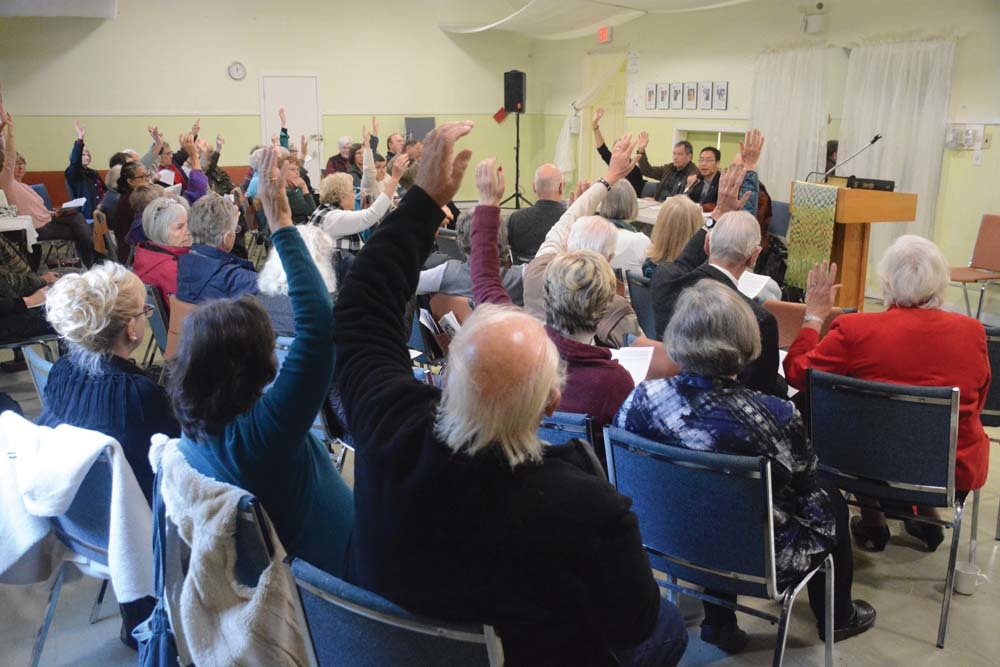 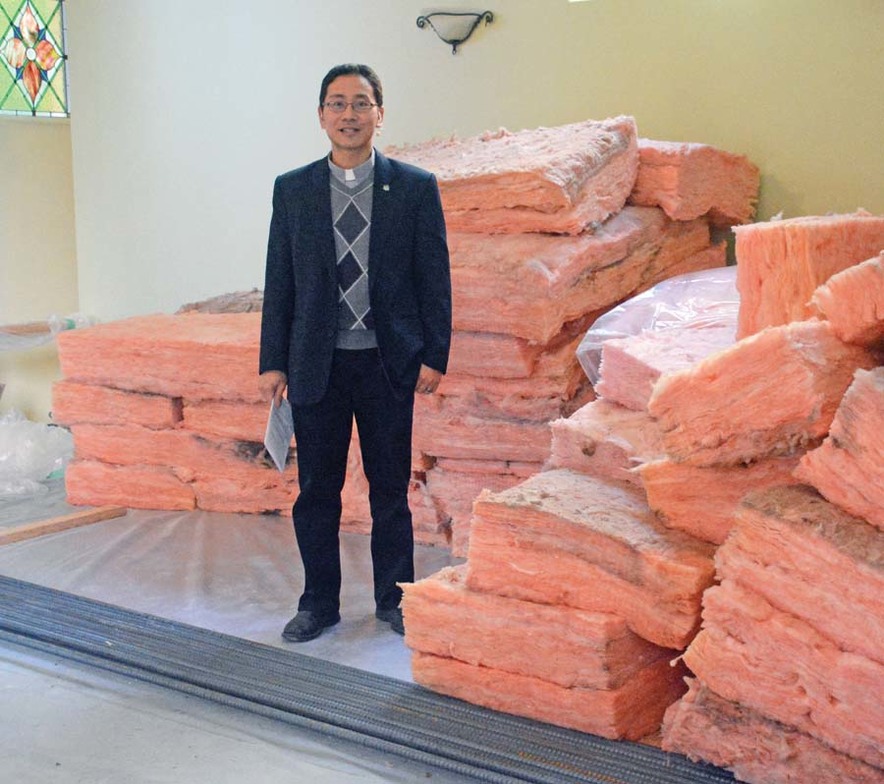 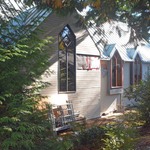 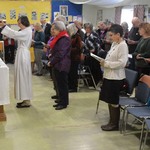 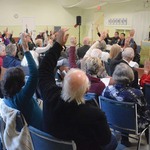 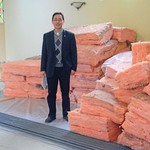 Following some renovation work done to the exterior of the north facing wall last summer it was discovered that the main walls of the church building that houses the Parish of St. Hilda’s By-the-Sea, Sechelt were beginning to move outward and needed to be stabilized in order to prevent a catastrophic failure of the structure. According to the Venerable Bruce Morris, deacon of St. Hilda’s and Archdeacon for Deacons of the Diocese of New Westminster, “one wall needed repairs due to water damage originating from the original 1980’s design (no overhangs, inadequate gutters). When the contractor was finishing the repair, they noticed the wall was not plumb. An engineer was called in who identified the structural problem and recommended  a non-occupancy order. The walls, where they meet the roof, had spread about 3.5 inches from plumb.”

The ordained and lay leaders of St. Hilda’s were informed on a Thursday in July that the building was not fit for public gathering and an emergency plan to worship in the hall that Sunday was put in place.  Parish email, word of mouth, the St. Hilda’s greeting team and a front page article in the local paper served to quickly communicate the story about the church and the temporary worship location. The community will worship in the parish hall until there is an occupancy permit for the sanctuary.

After the hard facts had been gathered about the building's challenges, a number of ideas were considered to complete a temporary remediation until a permanent solution could be found. These included: installing temporary structural rods across the sanctuary to hold the walls together, to be replaced eventually by internal buttresses.  After the engineering study, this proved to be impractical and very costly. As Archdeacon Morris reports, “…it became apparent that the costs of mobilization were so high and the disruption too great for this to make sense.  Instead we decided to search for a permanent solution that could be achieved at this time. This type of remedy would also cause a disruption in the sight lines and obscure the clear view of the large north facing chancel window.

And what is that solution? the Ven. Morris continues, “we are using permanent cables strung from side to side and suspended from the peak.  We are using stainless steel sailboat rigging which is trim and attractive (especially to a sailor!!).  This can be done without disrupting the interior ambience of the sanctuary.  According to the rector, the Reverend Clarence Li, this solution did not come about quickly or easily, “It took us four whole months and many meetings to come up with a remediation plan that would stabilize the building and be aesthetically pleasing.”

St. Hilda’s holds a special place in the Sechelt/Sunshine Coast community. There has been an outpouring of community support in the wake of this problem. During a Special Vestry Meeting  to pass motions to access funds for the work, parish officers told the story of the architect who had been contracted for the project waiving his fee in memory of his mother who had just died. She had been aware of the issue and was very sympathetic to the parish’s plight. According to Archdeacon Morris there have been numerous examples of generosity from the greater community, “various of the consultants have reduced their fees or donated their time to the project. The GC has donated the use of the scaffolding for the duration. St. John’s United Church is lending space for our concert series Musing Arising!, and many others from the community have asked how they can contribute.”

The work began on November 14, 2017. As of this writing in late November, the drywall has been removed and the work of installing wiring and building a plywood ceiling are underway. When asked about a completion date, Archdeacon Morris replied, “I wish I knew.  Completion is probably sometime in February.”

Even with the amazing amount of support coming from those working on the project the price tag could be quite high. With that in mind Rev. Li has asked that “our friends in the diocese of New Westminster consider supporting the cost of our remediation.  Please visit our website for regular updates of the status of remediation."

(The preceding is an edit of the full feature article which will appear in the January 2018 issue of TOPIC, the publication of the Diocese of New Westminster.)