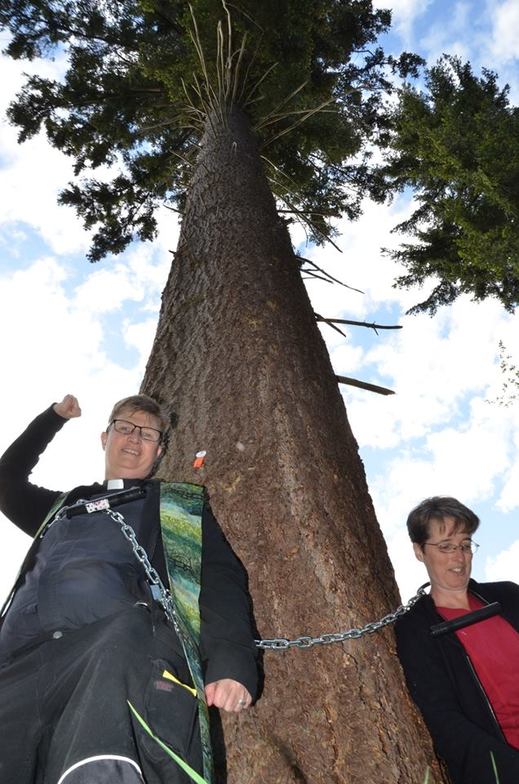 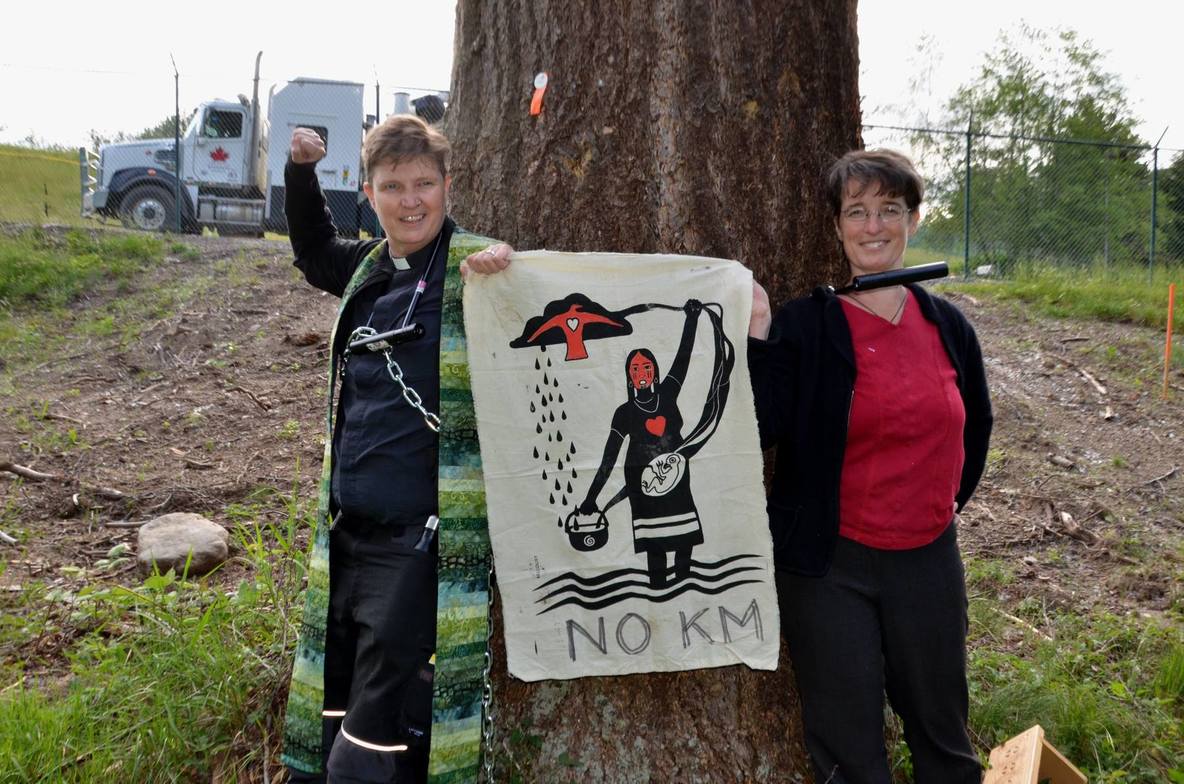 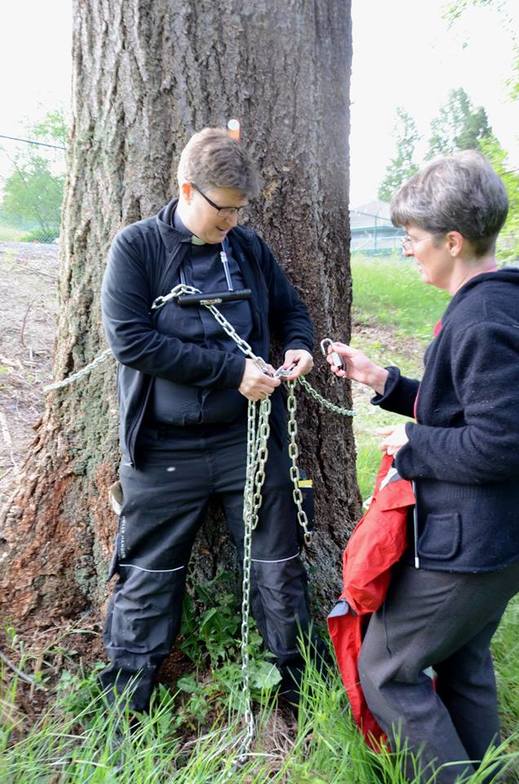 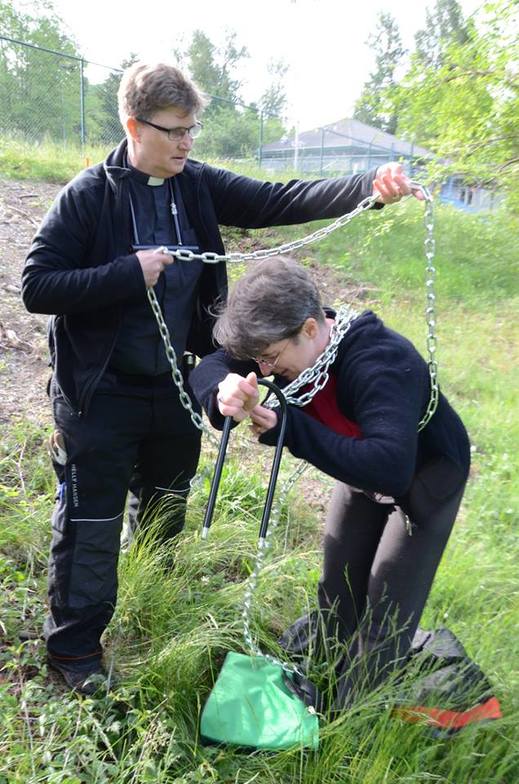 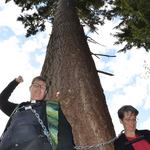 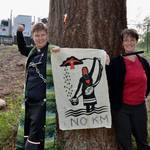 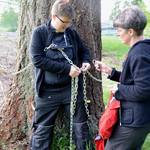 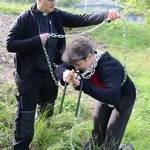 At 7:30am, Friday, May 25, two members of Salal + Cedar environmental justice church took down a section of fence at the Kinder Morgan tank farm on Burnaby Mountain, entered the property, and locked down a 100+ year-old Douglas Fir beside a salmon stream.

"Pulling down this fence and walking prayerfully on this land in defense of trees, salmon, and water, demonstrates the absurdity of a Texas oil giant laying claim to unceded Coast Salish Territory," said action participant, the Reverend Laurel Dykstra, gathering priest for Salal and Cedar Watershed Discipleship a church plant of the Diocese of New Westminster.

This is not the first action for this small church. Since February of 2016, the group has participated in grassroots resistance to TMX including prayer vigils, letter writing, public hearings, community meetings, marches, blockades, kayak flotillas and support of both Camp Cloud and Kwekwecnewtxw, the Coast Salish Watch House.

Lini Hutchings, who was arrested in a previous action, said, "We are here in support of Indigenous peoples’ right to free, prior and informed consent to any resource extraction on their traditional territories.”

The twinning of the Trans Mountain pipeline would move diluted bitumen from Alberta across the land of Indigenous peoples, many of whom have refused permission. Regular occupation of the gates of Kinder Morgan facilities in Burnaby has been underway since November of last year, with over 200 arrests following the implementation of an injunction zone. The five-metre zone is designed to demarcate and protect access to all properties claimed by the company.

The majority of arrests, in actions organized by an indigenous-led NGO coalition, have gained significant public attention. “But people are saying no to Kinder Morgan in many different ways,” says Hutchings. “Small autonomous actions by groups and individuals can speak profoundly.”

After getting the chains in place, Dykstra and Hutchings settled in and were arrested around 2:40pm by a number of RCMP officers after 7 hours of being chained to the 100+ year old Douglas Fir.  They were charged with criminal contempt of court and will appear in court May 31.

(Here is a link to the updated story in the Vancouver Courier.)

Story content from the May 24, 2018 Media Release sent from Salal and Cedar.