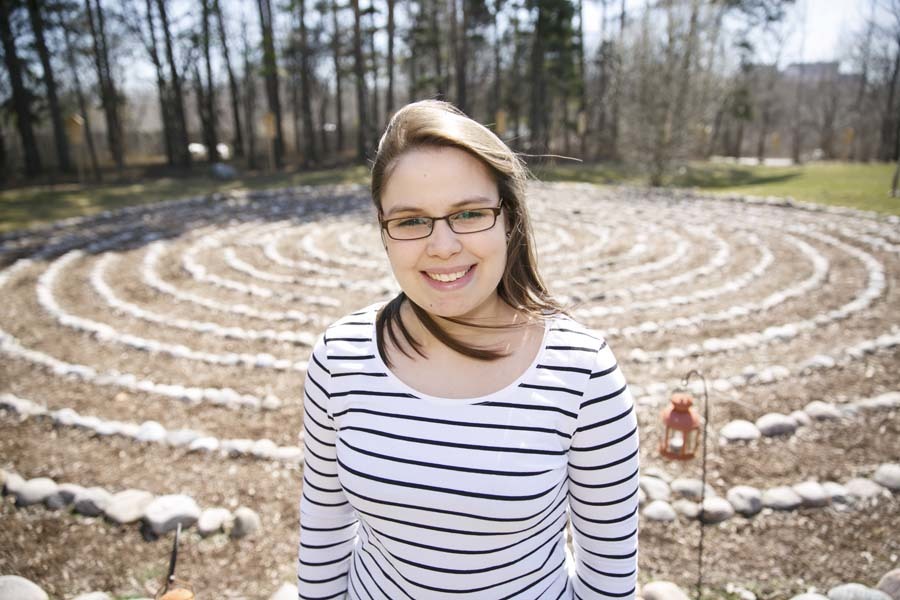 The Sisterhood of St. John the Divine has found an enthusiastic advocate for its new Companions program. Katja Nack, a 23-year-old university student from Germany, arrived at St. John’s Convent in March for a three-month internship as an Alongsider.

“I study English and Protestant religion to become a teacher. We have to go abroad for at least 12 weeks to finish our Bachelor in English,” she says. “I was not ready to give up one subject just for the other one. I started to think, where can I connect both of them? Finally I ended up with the thought, what about asking a convent if I could stay?”

After a quick Google search, Ms. Nack emailed Sister Constance Joanna Gefvert, coordinator of both the Alongsiders and the Companions program. “I talked to Connie a lot on Skype, and we were writing emails back and forth,” she says. “Sometimes sisters would drop by her office while we were Skyping. It seemed like everyone was interested.”

Starting in September, the sisters will welcome up to 10 women age 22 to 40 to live at the convent, where they will experience the Benedictine life of prayer, study, recreation and service to others.

Ms. Nack says she thinks the program will be a great experience for young women. “It’s a time to step back, to look at the whole picture you’ve created and see if it’s really what you want. To have some silence to think about yourself. To experience places where you can go and help,” she says.

In particular, she sees the year-long program as a valuable opportunity for students like her to recharge. “When you’ve just lost some pieces of yourself between the books and the exams and homework, you can find yourself here again,” she says. “It’s like a very safe bubble you can enter.”

Ms. Nack admits she found it difficult to adjust to the slower pace of life at first, but she soon learned to appreciate the time for silence and prayer. “I look after myself more often, to calm down more, to not hurry, to not rush too much,” she says. “In all the silence, I began to think a lot about myself and about home.”

She also understands young women’s fears about how their friends and family will react if they decide to become Companions. While Ms. Nack was confident in her decision to join the convent, her friends were skeptical at first. “They said I’m crazy. Everyone was expecting that I would come back like a nun, and some of my friends were afraid that I won’t come back at all,” she says.

Sister Debra Johnston, Ms. Nack’s mentor during her stay, isn’t surprised. “It’s kind of standard, when you say you’re going to join a convent. This is very counter-cultural."

For women who aren’t sure whether they should join the Companions program, Ms. Nack recommends they try staying in the convent’s Guest House or speaking with the sisters and Alongsiders. “Make sure that you are ready to live with you and your faith. When you’re struggling, it’s fine. You don’t have to be sure. But you have to be sure that you want to work on your faith and want to think about your faith.”

As she looks toward the end of her internship, Ms. Nack says what she will miss most is her shared life with the sisters. “I really feel like part of this, and I really enjoy being with all of them,” she says. “Each of these women here is wondrous in herself. I will miss all of them very much.”

The deadline for applications to the Companions program is June 15. For more information, contact Sr. Constance Joanna, the Companions coordinator, or telephone, 416-226-2201, ext. 316.

PHOTO:Katja Nack stands beside the labyrinth at St. John’s Convent. She says her three-month stay has helped her recharge. Photo by Michael Hudson

Many thanks to Canon Stuart Mann and the Diocese of Toronto for sharing this story and photo.