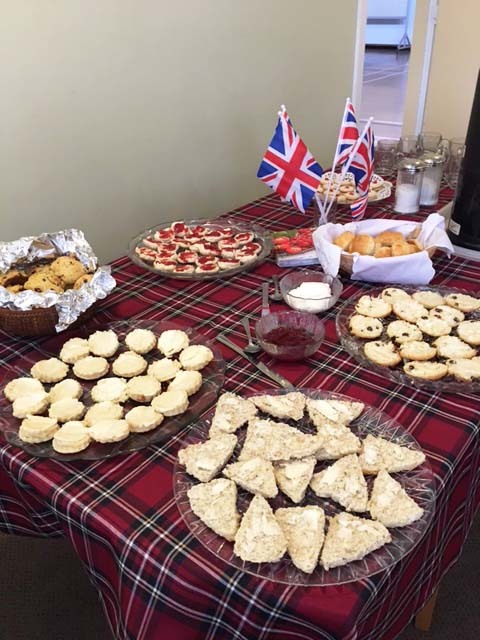 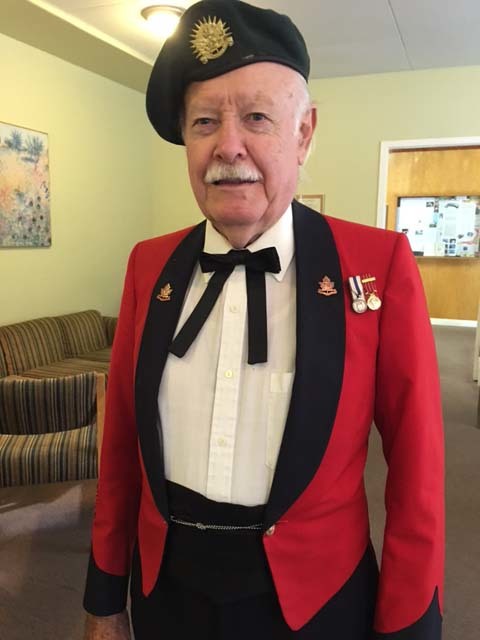 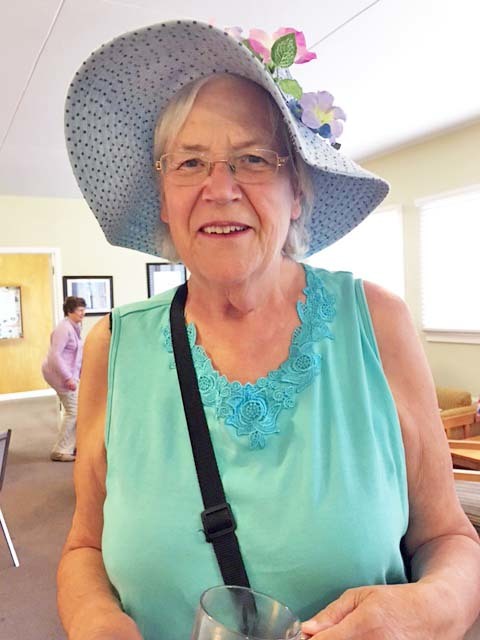 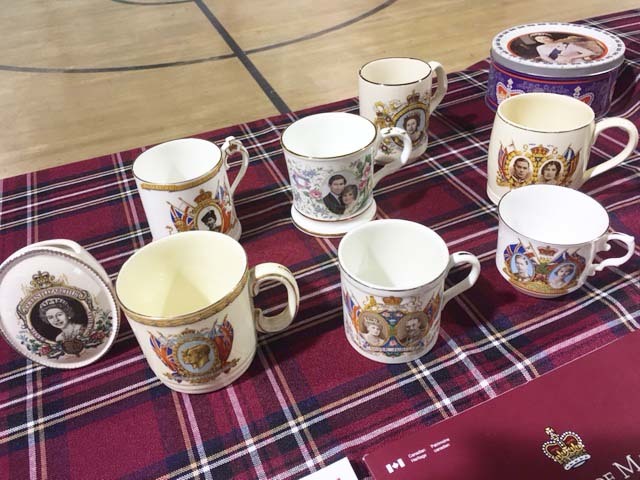 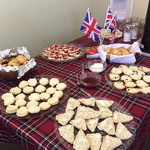 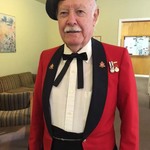 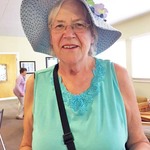 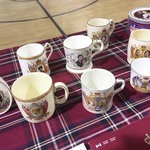 Some people brought royal memorabilia for a display and dressed for the occasion. Elizabeth Barratt had her Union Jack apron, Penny Zuk her fancy hat, and Tony Dodd looked resplendent in military uniform. There was considerable interest in the various items on display.

There was a set of royal mugs and other royal china. Among the items on display was a set of royal photos with Justin Trudeau as a young boy, taken by Penny Zuk’s husband John, and photos taken of the Queen and Prince Philip’s during their visit to Nanaimo in 1964 by Janet Morris.  It was a very happy occasion and ended with the singing of  “God Save the Queen”.