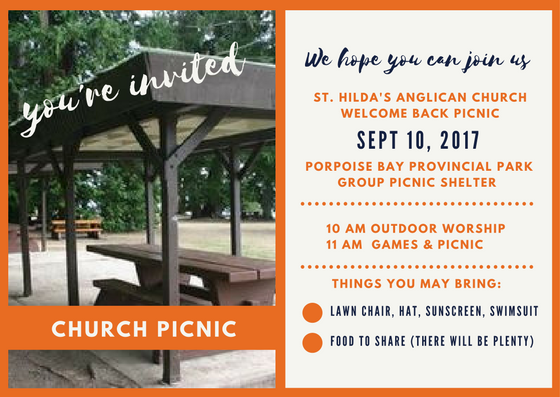 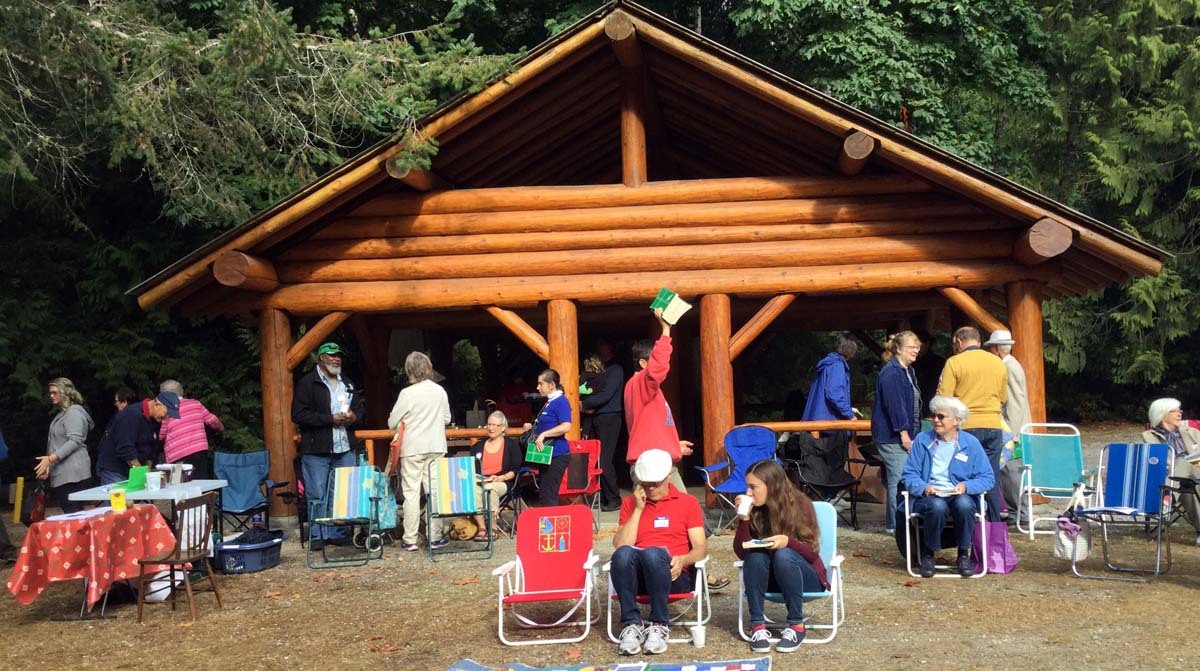 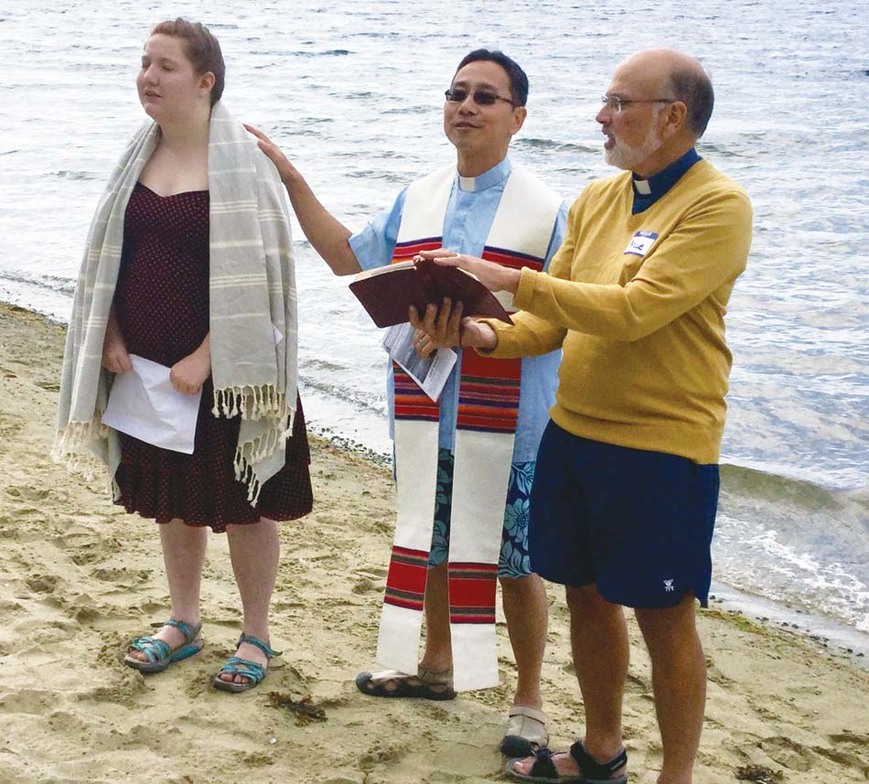 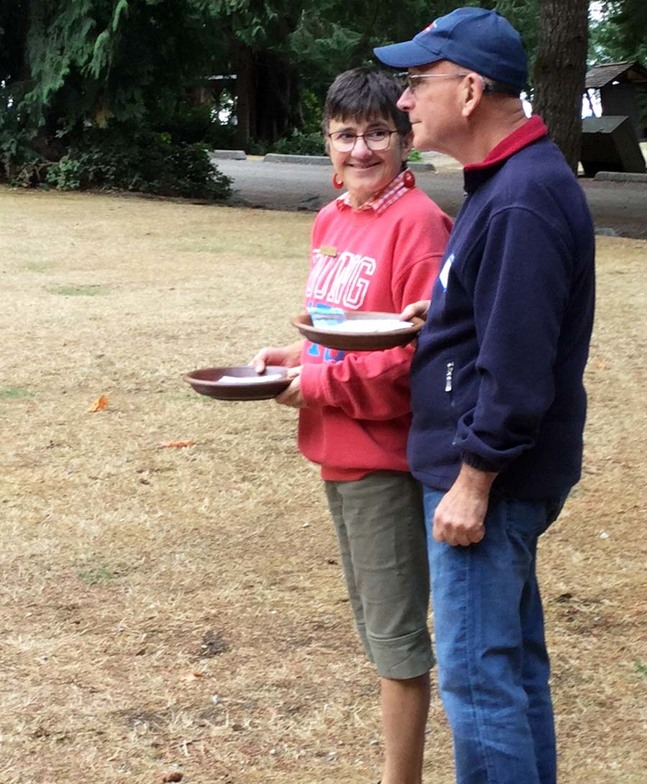 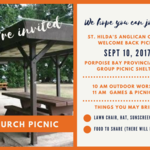 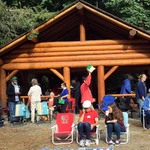 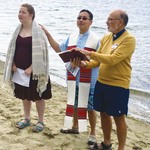 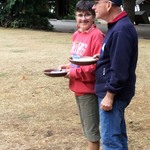 The Parish of Sechelt’s St. Hilda’s by the Sea held a triple celebration on Sunday, September 10. Morning services were combined and held at Porpoise Bay Provincial Park under cloudy skies that kept the rain to themselves.  Rector, the Reverend  Clarence Li and deacon , the Reverend  Bruce Morris led the outdoor service while parishioners arranged themselves on folding chairs and blankets.  Music Director,  Katherine Hume created a beautiful ensemble of wind and percussion instruments to accompany the vocals.  Invitation cards were available for handing out in advance and other user groups of St. Hilda’s, such as the Drumming Circle, were invited to attend.

A portable sound system powered by batteries was set up allowing participants an excellent audio experience.  A name tag table with some guessing games and a ‘Get to Know You’ bingo got everyone mixing in a variety of languages from English to French to Chinese.  Following the service, the baptism of Suzanne Rogers was held on the beach of the Sechelt Inlet at the Park.  After changing into swim trunks and sandals for the immersion baptism in the Inlet, Rev. Clarence and Deacon Bruce conducted this emotionally moving ceremony with Suzanne surrounded by family and friends supporting her commitment to Jesus Christ.

Once Suzanne, Rev. Clarence & Deacon Bruce dried off, the day was completed with a potluck picnic lunch, drumming led by Terry (Coyote) Aleck, and several games of bocce ball. For some participants this was their introduction to the ancient game.