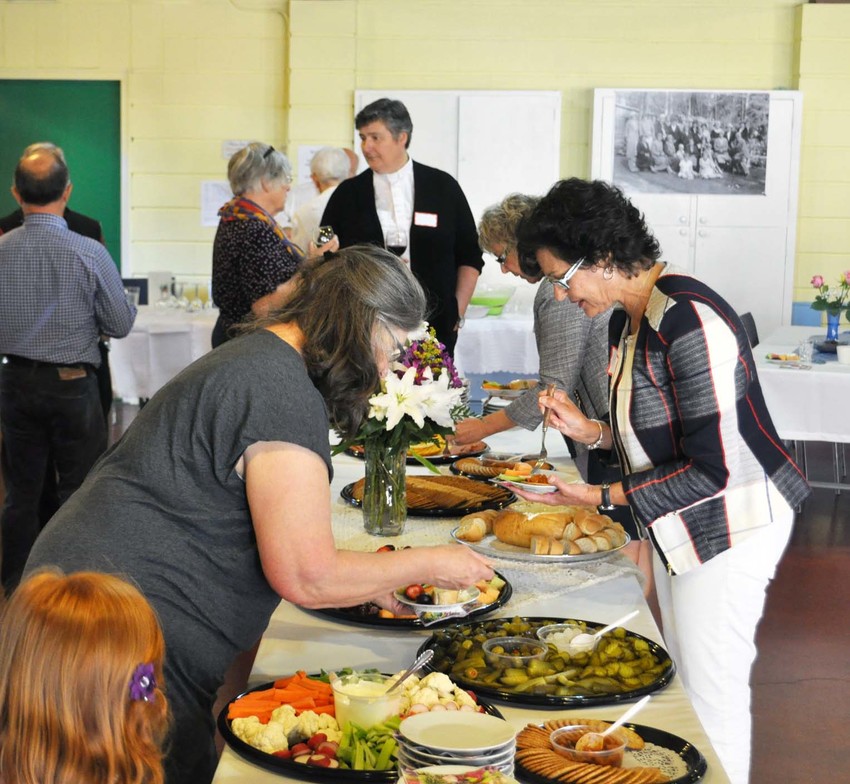 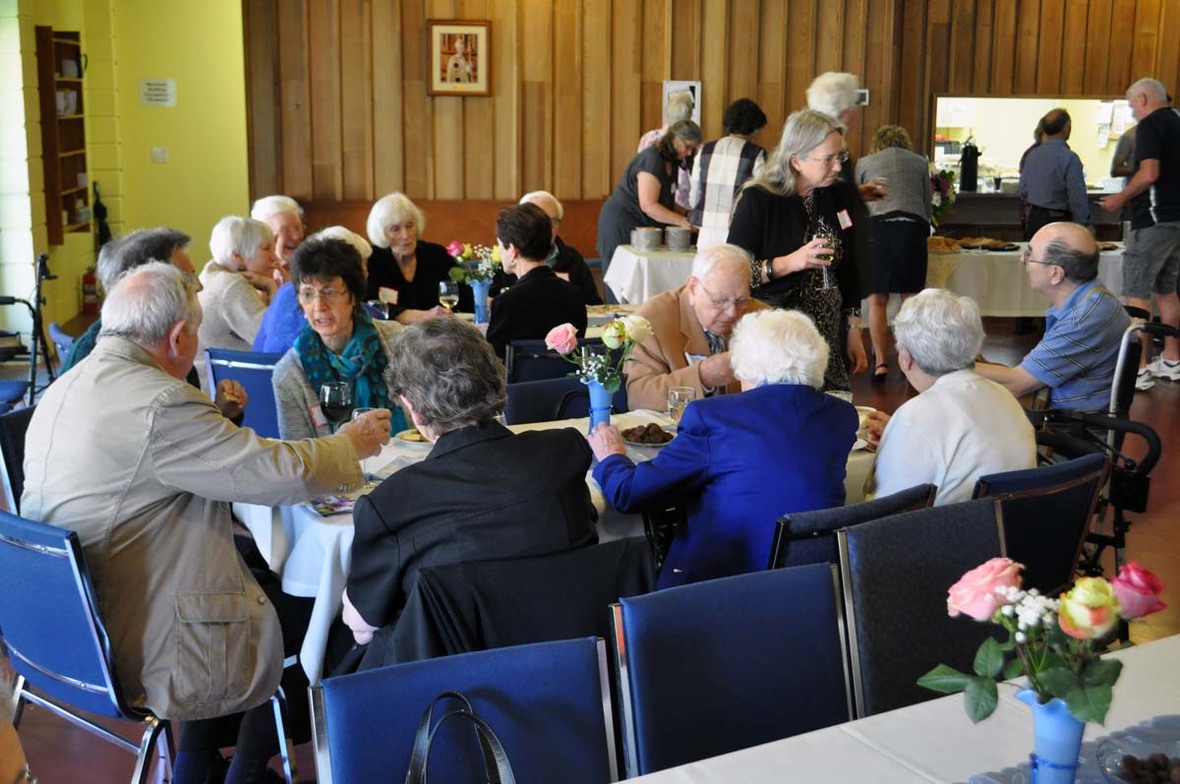 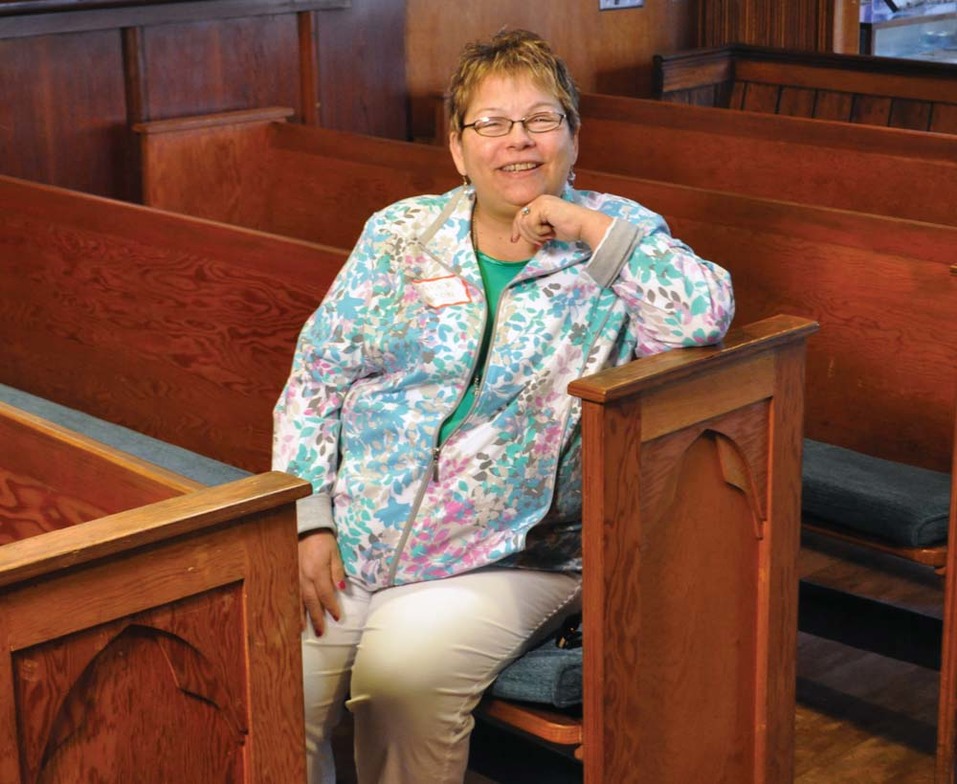 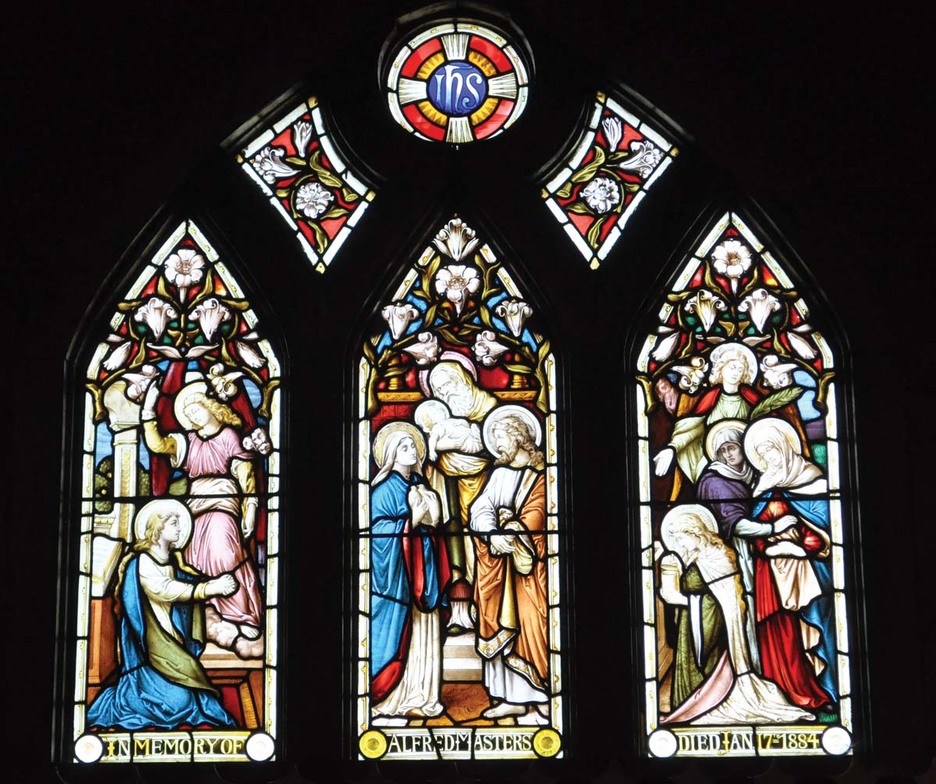 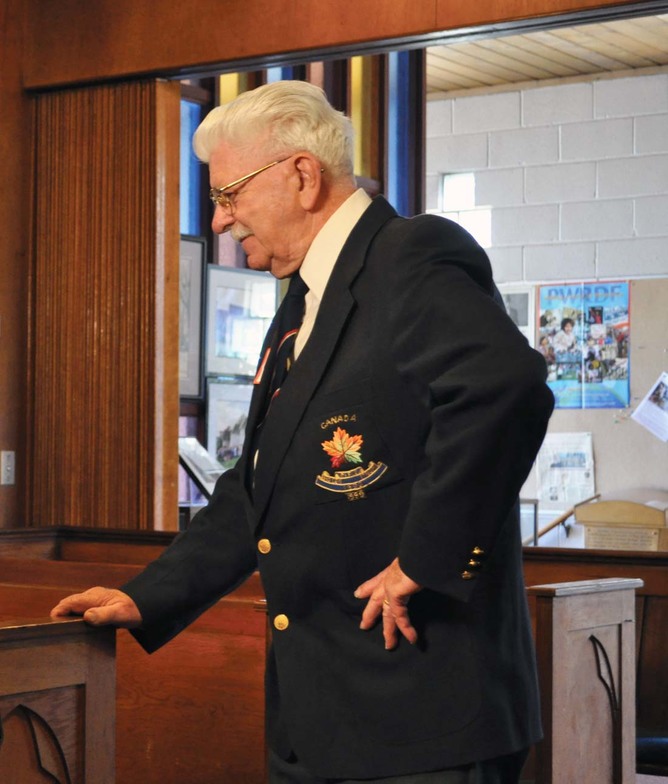 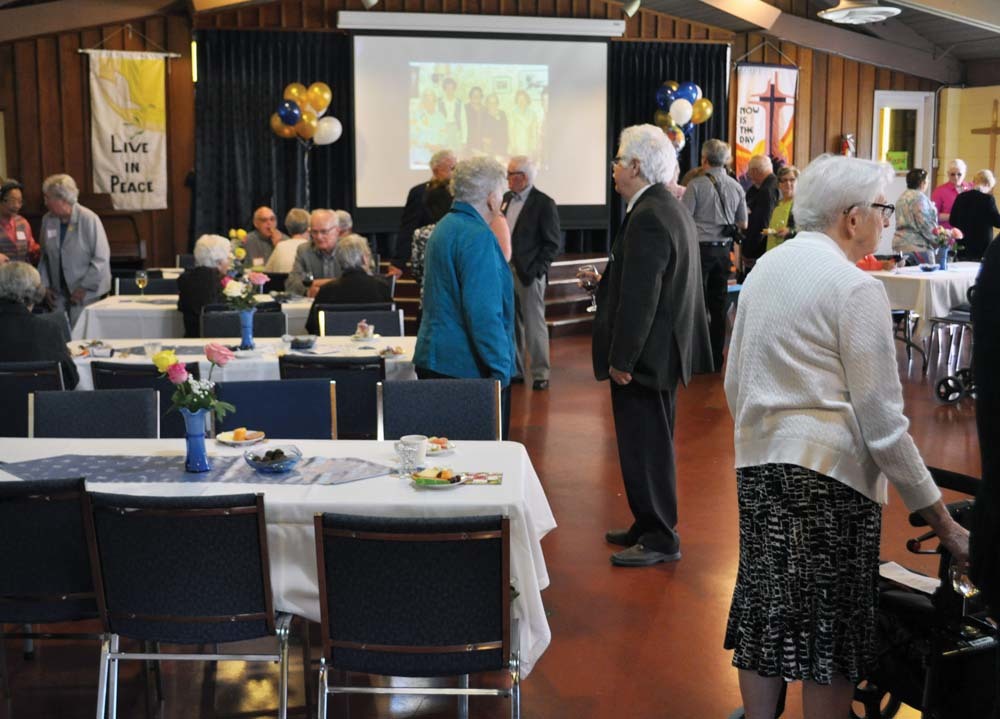 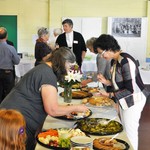 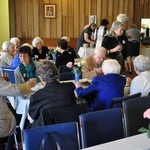 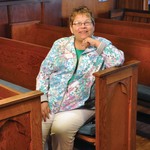 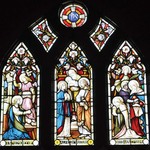 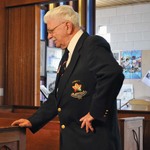 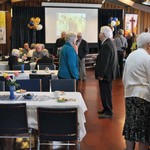 On May 1st, 1865, the parish church of St. Mary the Virgin, Sapperton was consecrated. On May 2nd, 2015, 150 years later approximately 100 folks gathered in the newly renovated Parish Hall to celebrate the event with a Homecoming Wine and Cheese reception.

Well-deserved kudos and congratulations go out to the sesquicentennial organizing team for putting together a wonderful event. Communications officer, Randy Murray and diocesan videographer, Cliff Caprani were made very welcome and felt like “part of the family” during their visit to the parish. The two hours sped by like ten minutes.

The ninety-five guests who had registered in advance were welcomed by event organizers, led by Doreen McQueen and Rob England. Priest in Charge, the Reverend Maggie Rose Muldoon and the Archdeacon of Westminster, the Venerable Elizabeth Northcott were also in attendance and made themselves available to all the guests.

Parishioners Bob James and Digby Turney were delighted to share stories of the history of the parish. The church was completed by the Royal Engineers (Sappers) in March of 1865, about six weeks prior to the consecration. Finishing the construction of the church happened just in advance of the completion of the telegraph lines. The first telegraph message received at that location a month later was on April 14th announcing the assassination of Abraham Lincoln.

The chancel window given in memory of pioneer physician Alfred Masters by his sister soon after his death in 1887 is one of the oldest if not the oldest example of painted glass in the Diocese of New Westminster.  Manufactured by Cable and Son of Montreal, it depicts three key events from the Gospels: the Annunciation; the Presentation of Jesus in the Temple; the Women at the tomb of the risen Lord. It was damaged in a 1932 fire by restored beautifully soon after by the Hastings Park glass firm of Bogardus  - Wickens

The party was joyful and the day was bright and sunny. A power point photo display depicting the history of the parish and its people ran continuously on a screen in the hall. A number of folks took the time to visit the nave and chancel looking for memorials to loved ones and ancestors, parishioners from decades past.

Bishop’s Warden, Karen Baron and long time parishioner, Digby Turney were kind enough to take time out from the party to participate in video interviews on the subject of “belonging” to be used as part of the content for three films to be shown at Synod 2015 exploring the Synod theme, (be) longing.

St. Mary's, Sapperton will be included as part of the New Westminster Heritage Tour scheduled for Saturday, May 31st with many in the parish participating in welcoming the greater community. There will be a special anniversary service at 10am, Sunday, October 25th with Bishop Skelton and various dignitaries. Call 604.521.2314 or visit stmarysapperton.ca for more information about the 150th anniversary celebrations.

1.      A view of the hall facing north toward the screen

2.      Every table was full of folks having a great time, sharing memories.

4.      One of the oldest examples of painted glass in the Diocese of New Westminster