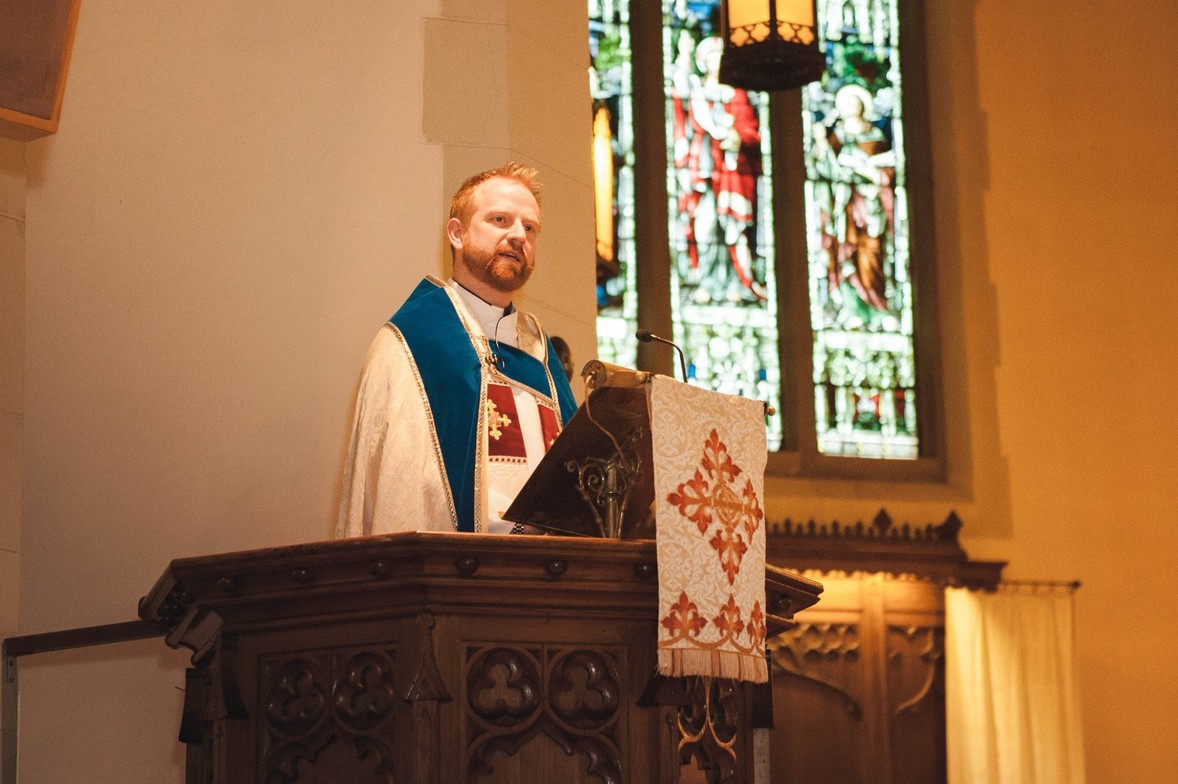 Bishop Melissa Skelton has appointed the Rev. James Duckett as St. Paul's interim priest-in-charge effective Sunday October 1, 2017. He will be preaching at the 10am joint service (with The Rev. Dr. Alain-Michel Rocheleau is presiding).

There will be a simple gathering to welcome Rev. Duckett and his family to our congregation. The congegation is invited to attend.

At 3pm, he will join The Rev. Dr. Rocheleau for the Blessing of the Pets held on the front lawn (Jervis Street).

Get to know The Rev. James Duckett.

As someone who grew up in BC (Powell River) and did the first part of his university education in the city of Vancouver, James is thrilled to be returning--and bringing his new family with him. His wife Sacha works as a social worker and their two-year-old daughter Eleanor is happy to be in a French daycare so she can maintain the French she learned in Montreal, where she was born, and where her parents met and were married, after spending more than a decade there. Sacha is from Toronto so there will be some challenging discussions come playoff season--but only if the Canucks, Habs, and Maple Leafs make the playoffs--unlikely.

James has been deeply involved in church for a long time, but has only been ordained relatively recently. He joins the Anglican church professionally after having spent the last decade involved in education, teaching a wide variety of high school subjects in a number of different schools in the Montreal area.