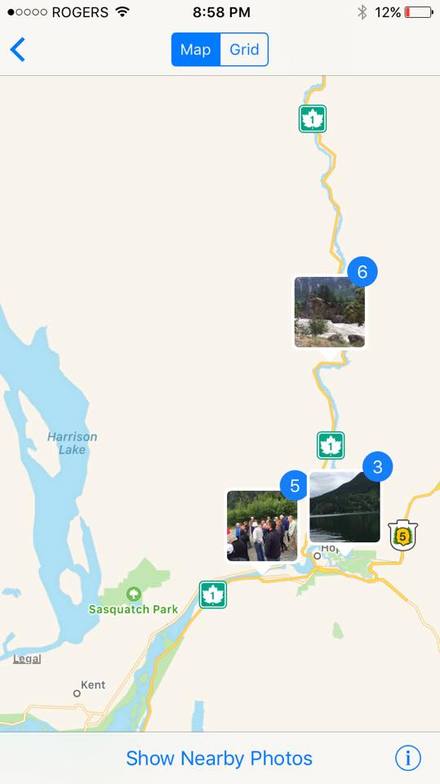 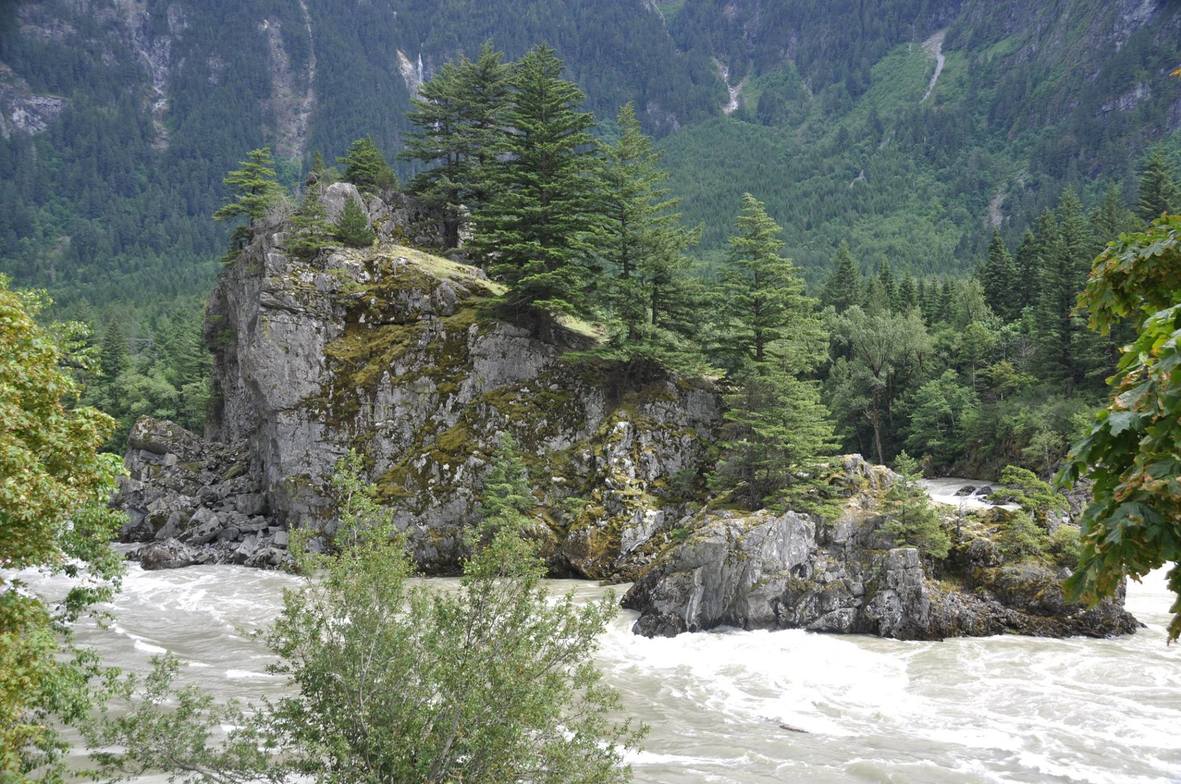 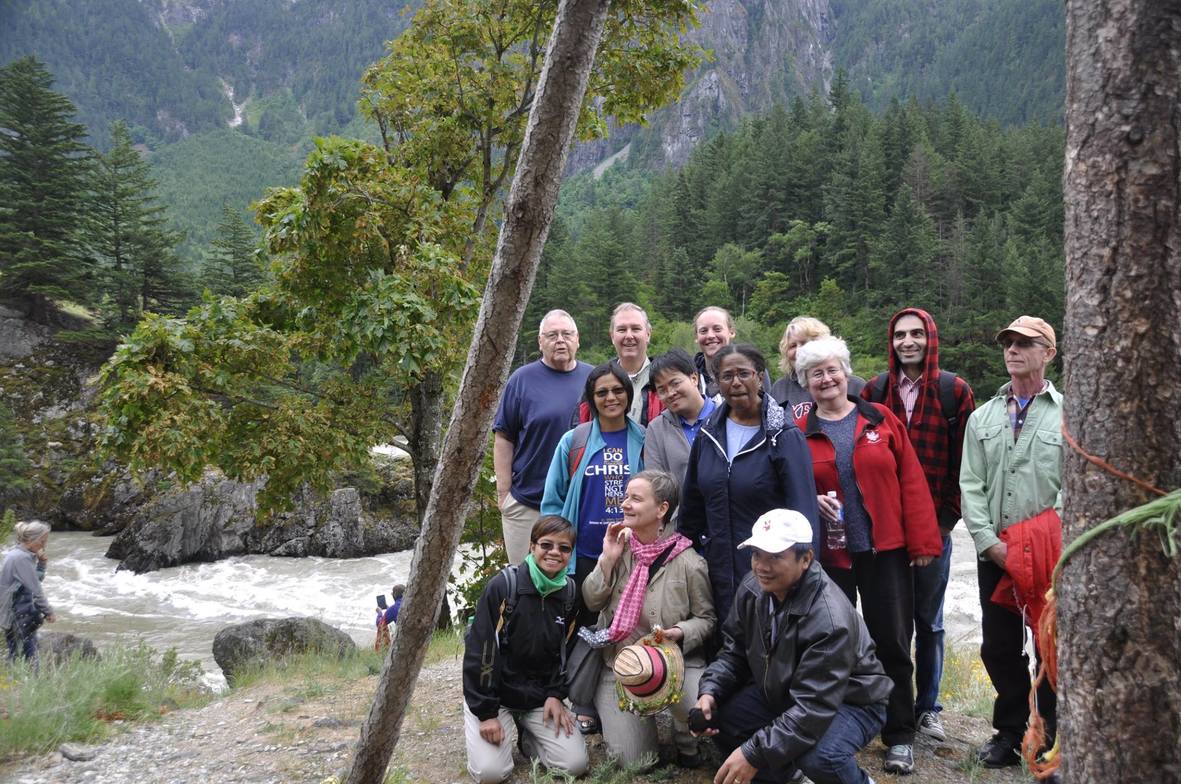 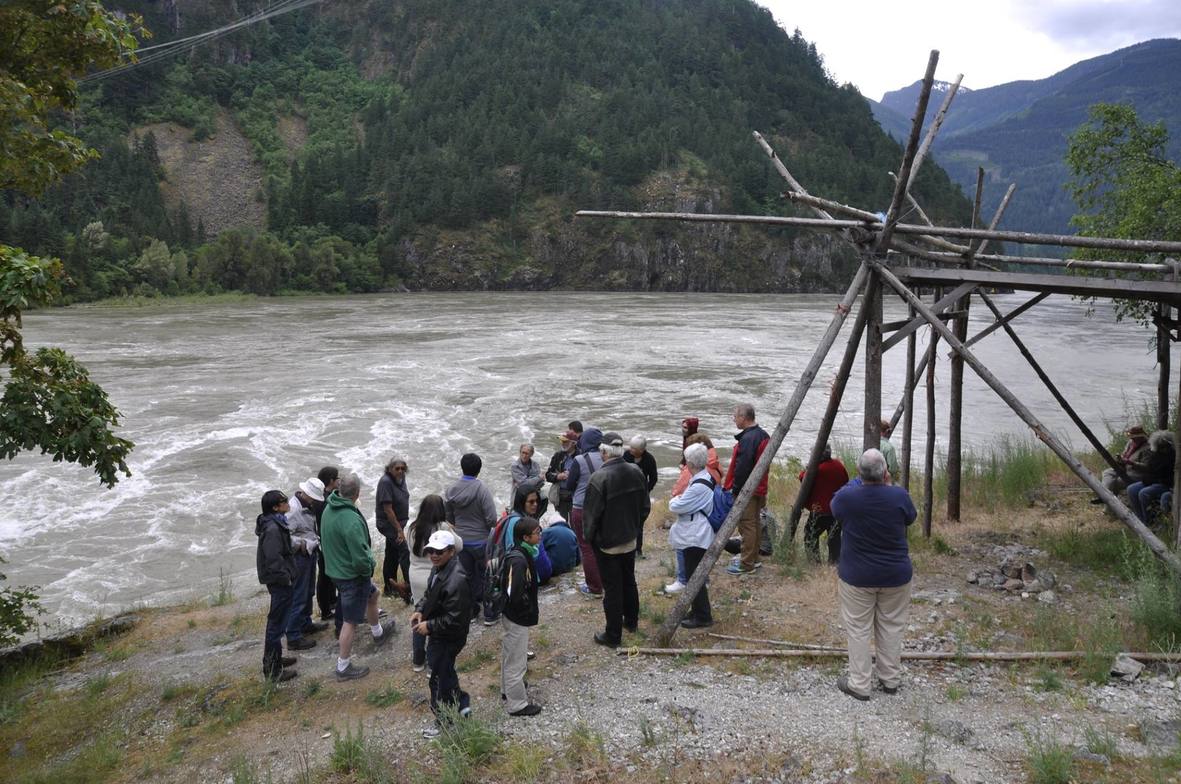 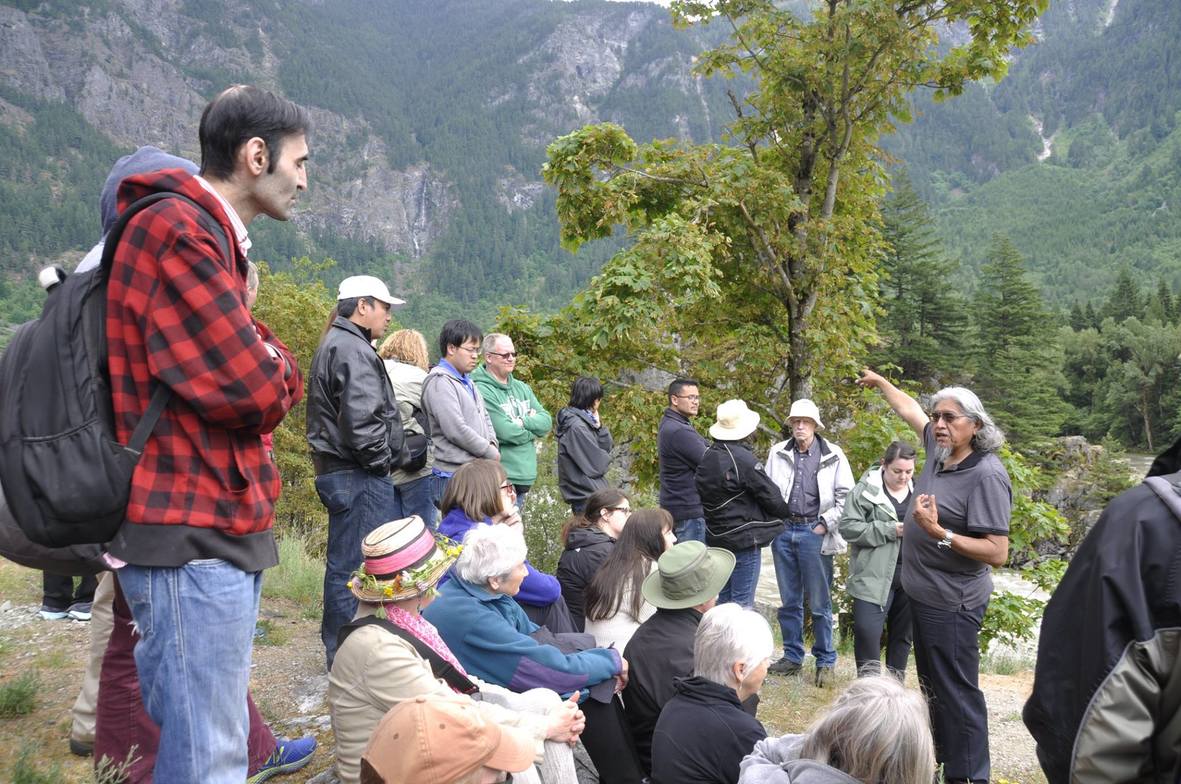 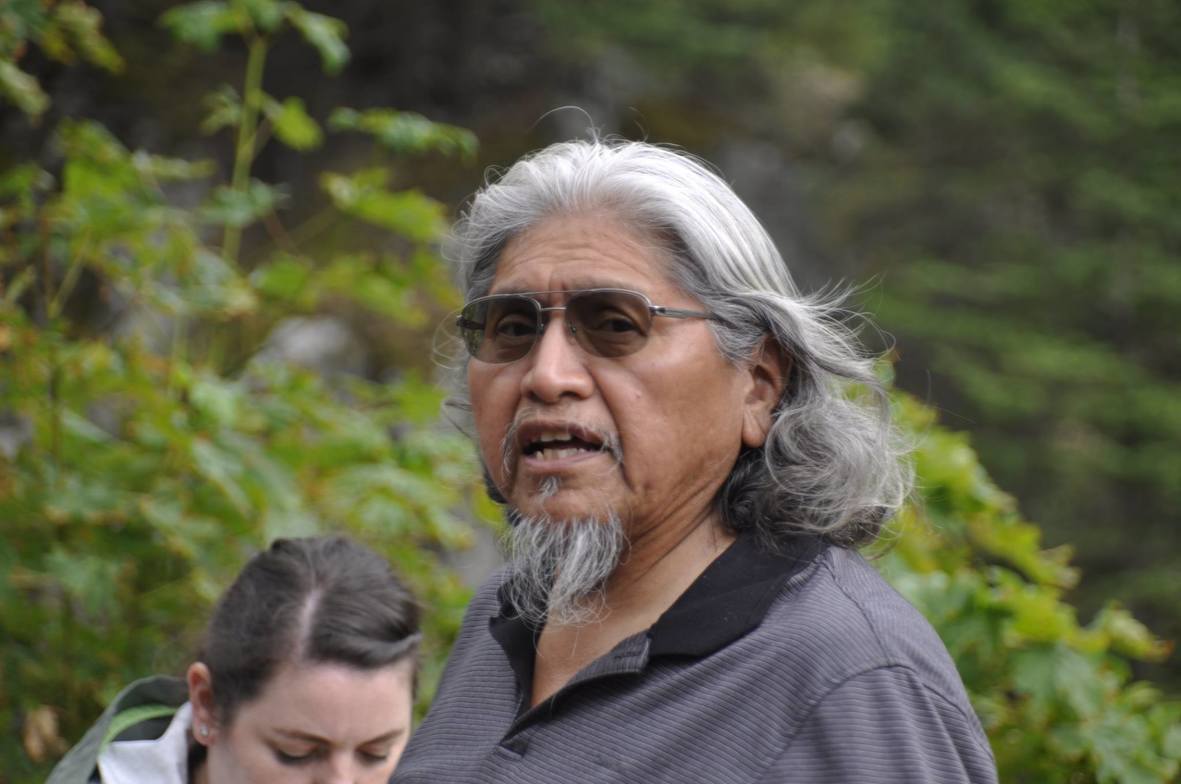 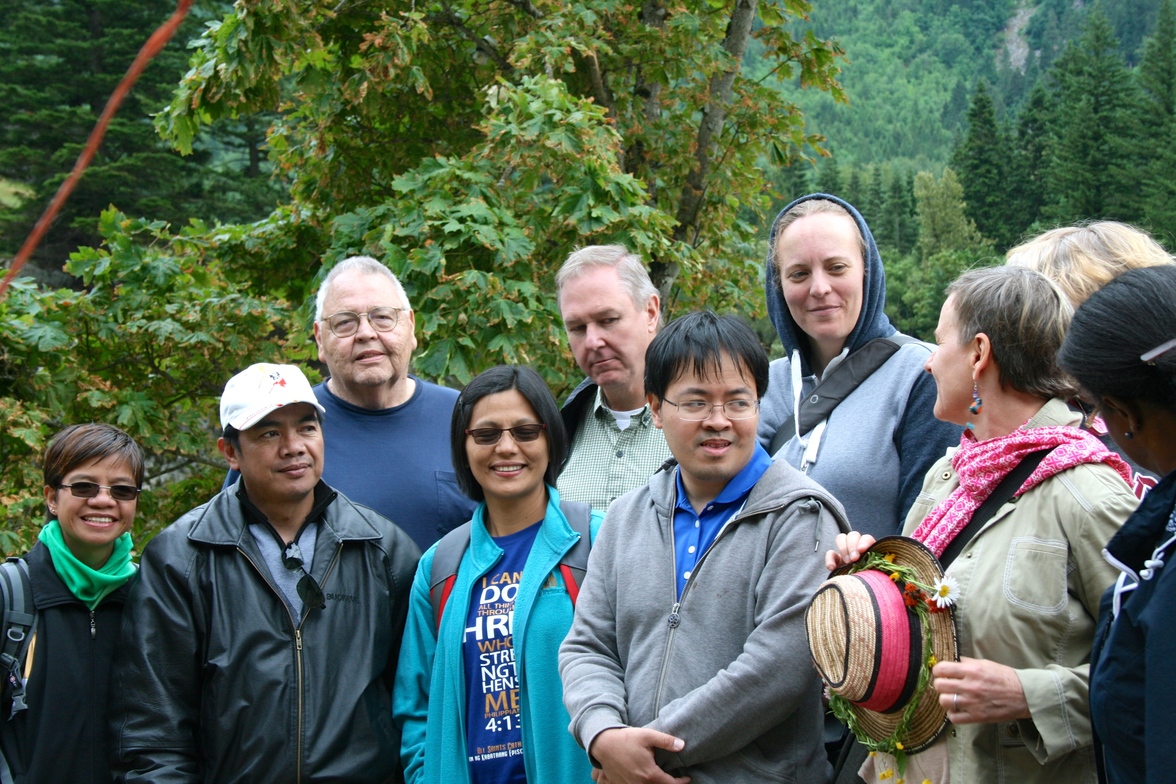 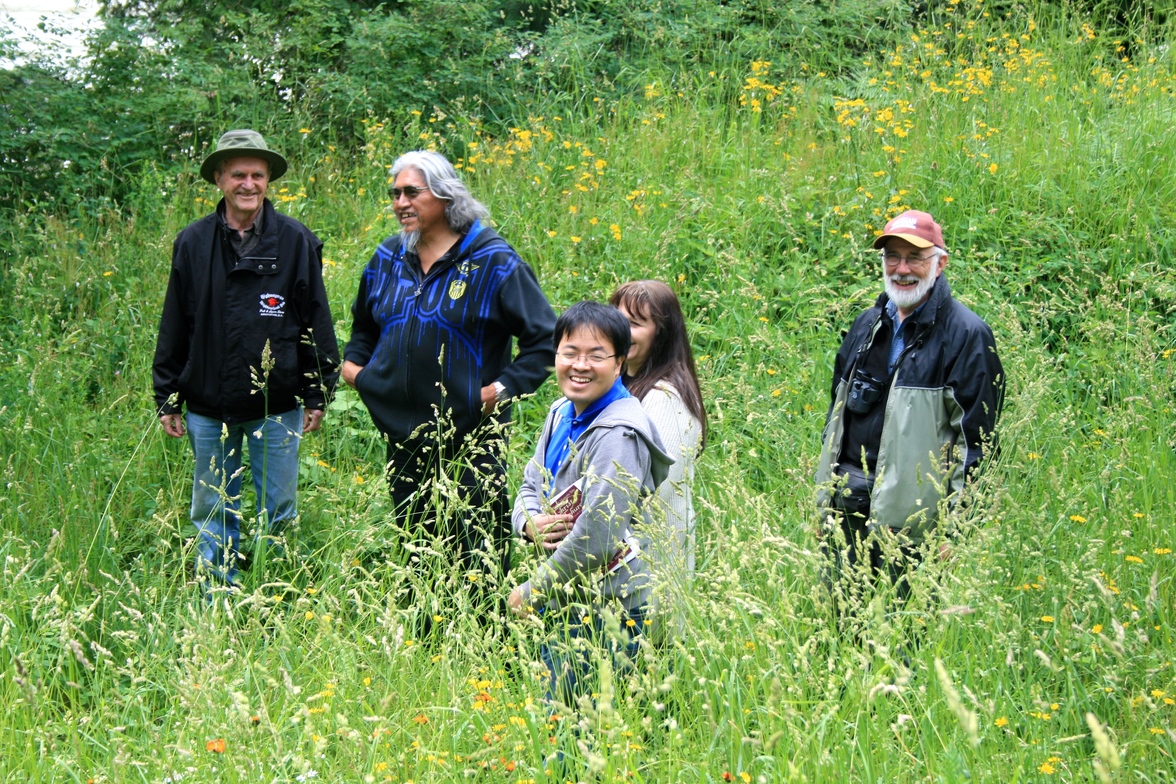 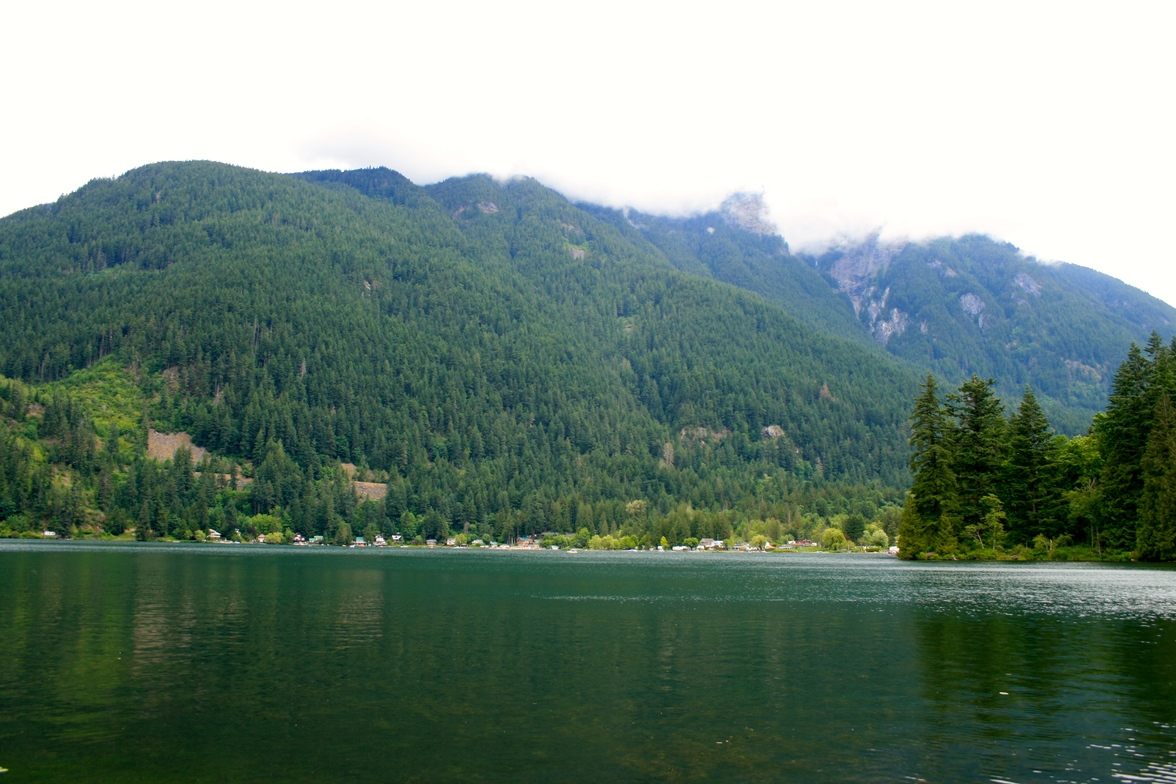 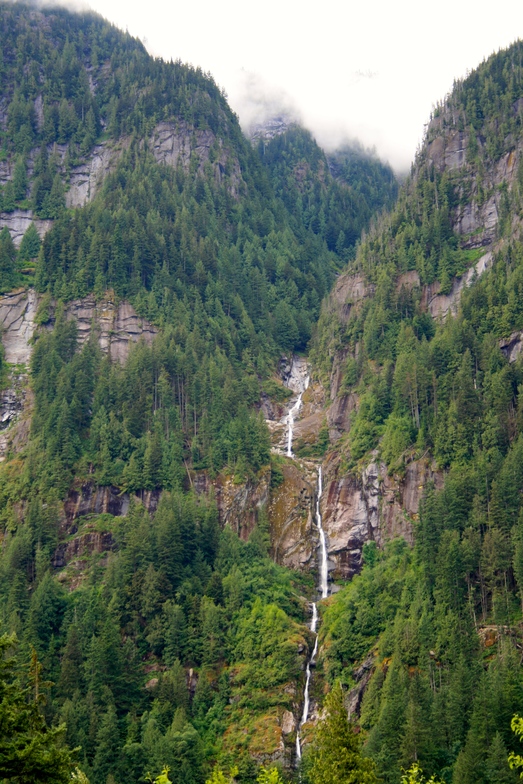 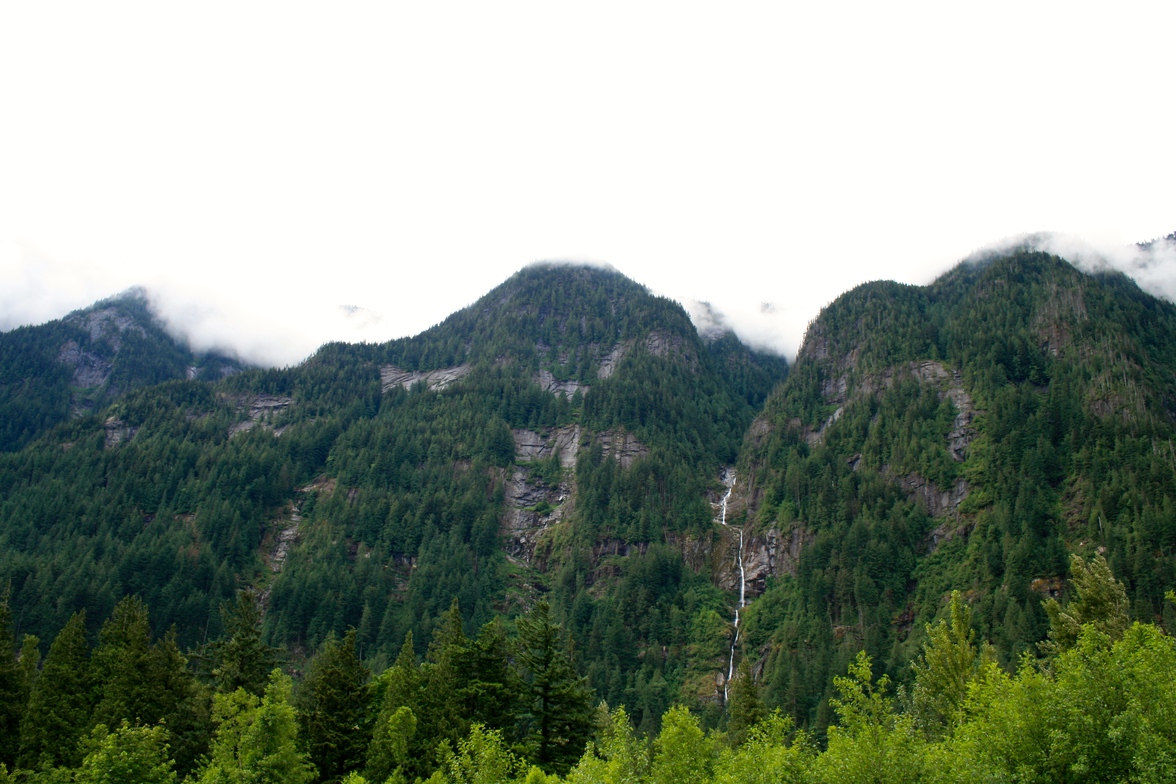 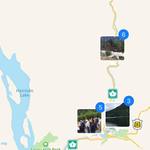 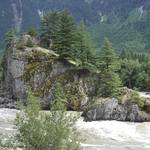 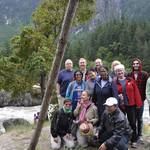 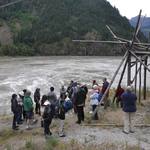 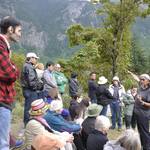 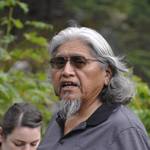 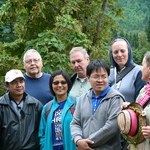 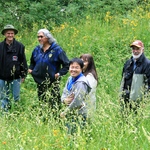 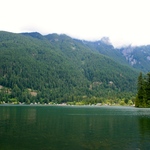 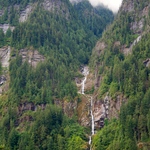 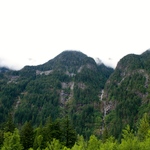 On Saturday June 10th, a group of Mennonites and Anglicans were led by Sonny McHalsie, Stó:lō cultural historian on a nature tour of the Stó:lō territory encompassing parts of Hope and Chilliwack. Sonny began his narratives with “This is our land, we have to take care”, a succinct statement expressing the indigenous’ history and theology of living in right relationship with the land. Throughout the tour, we visited different mountains, lakes, streams and other natural features of the area. Along the way, Sonny told narratives explaining the indigenous names of these natural features. In contrast to how European settlers would name a mountain, for example, in which the person who “discovered” the mountain would name it after himself as a statement of ownership, I learned that the Stó:lō’ name of a mountain would be based on a story. The story might be connected to an ancestor and/or usually impart a specific ethical lesson or moral example.  The features of the land: the mountains, the rivers and the streams become ways for the Stó:lō to transmit their cultural narratives across generations. As well, by connecting story and natural feature, the land is understood to be under the stewardship and care of the entire community, rather than owned by specific individuals.

In several of the stories that Sonny told us, transformation plays a significant role. Human characters would change into animals, fish, mountains, and lakes and vice versa. What I learned is that transformation signifies kinship between humans and other creatures, plants, and natural features that some may see as inanimate. In the Stó:lō narrative, I learned that there is no natural object or feature that is truly inanimate or devoid of life or value. Transformation suggests connection between human beings and creation as opposed to separation. A mountain or a tree is not separate from me, if I understand that it could be an ancestor or a revered tribal leader. The sacredness of the land and the sacredness of the ancestors thus, are intertwined together.

Conservation was another major feature of Sonny’s stories. He told us about the origin of the sturgeon as a fish that was prohibited to eat by the Stó:lō. Not only was this story compelling, but it served as a motivation for the conservation of the sturgeon as a fish for future generations. In another story, Sonny talked about the people who lived under the sea who suffered from a form of leprosy. The leprosy was caused by humans spitting in the water. Both stories teach the necessity of living in right relationship with creation, with careful sensitivity and awareness of our human impact, and commitment to preserving the beauty and vitality of nature. While there was no explicit mention of the political issues of pipelines and resource extraction, I wondered if how we approached these issues are determined significantly due to our narrative or theology of the land. For the Stó:lō, conservation and environmental stewardship are wedded to the very stories that are passed down from each generation.

In addition to the cultural stories that he told, Sonny talked about the impact of settler control on the Stó:lō. At one point, he explained that the criminalization of the Potlatch ceremony was based on a profound misunderstanding of the First Nations’ understanding of gratitude and exchange. At another point of the trip, he explained the impact of the Department of Fisheries and Oceans when it issued fishing licenses to individual Stó:lō fishermen disrupting the long held understanding that ownership and care of fishing areas were owned by families and not owned by individuals. Both examples, the criminalization of the Potlatch would take place in the 1800s and the DFO example in the 1900s; testify to the harm that settler control causes to indigenous culture and community based on racism and closed-mindedness to indigenous ways.

In my opinion, the learning we experienced on this trip was an important small step towards the continual journey of reconciliation.