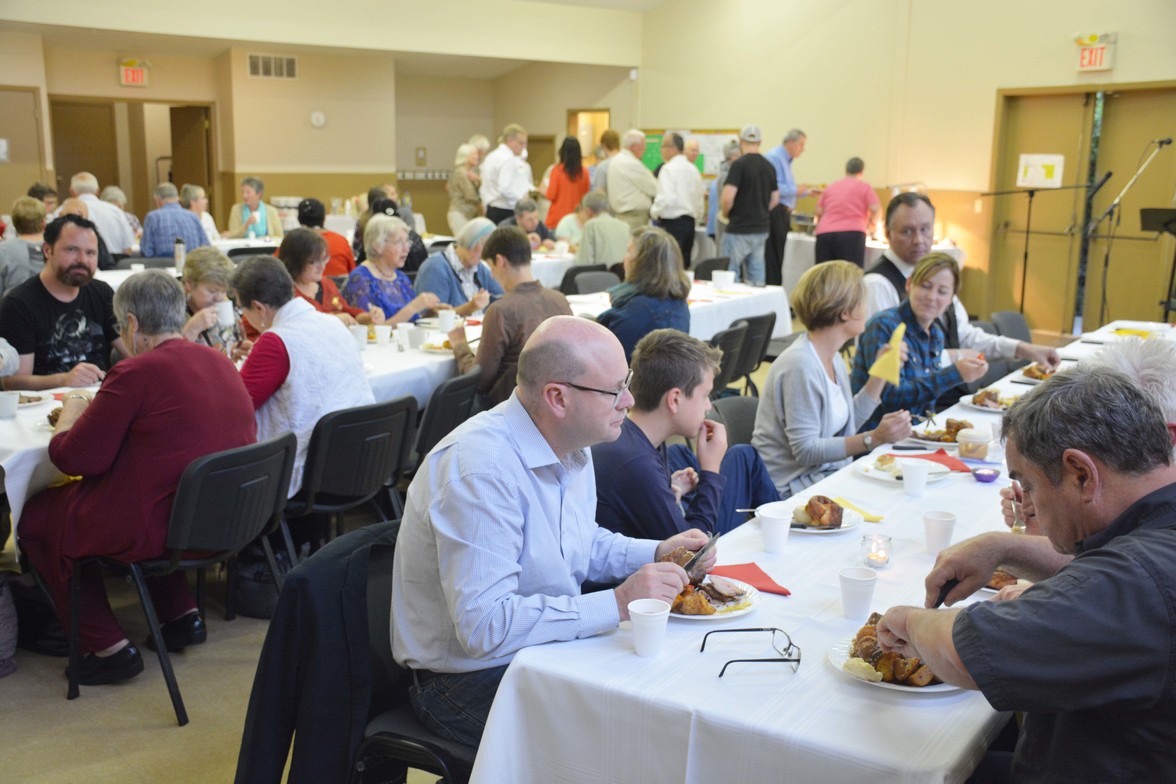 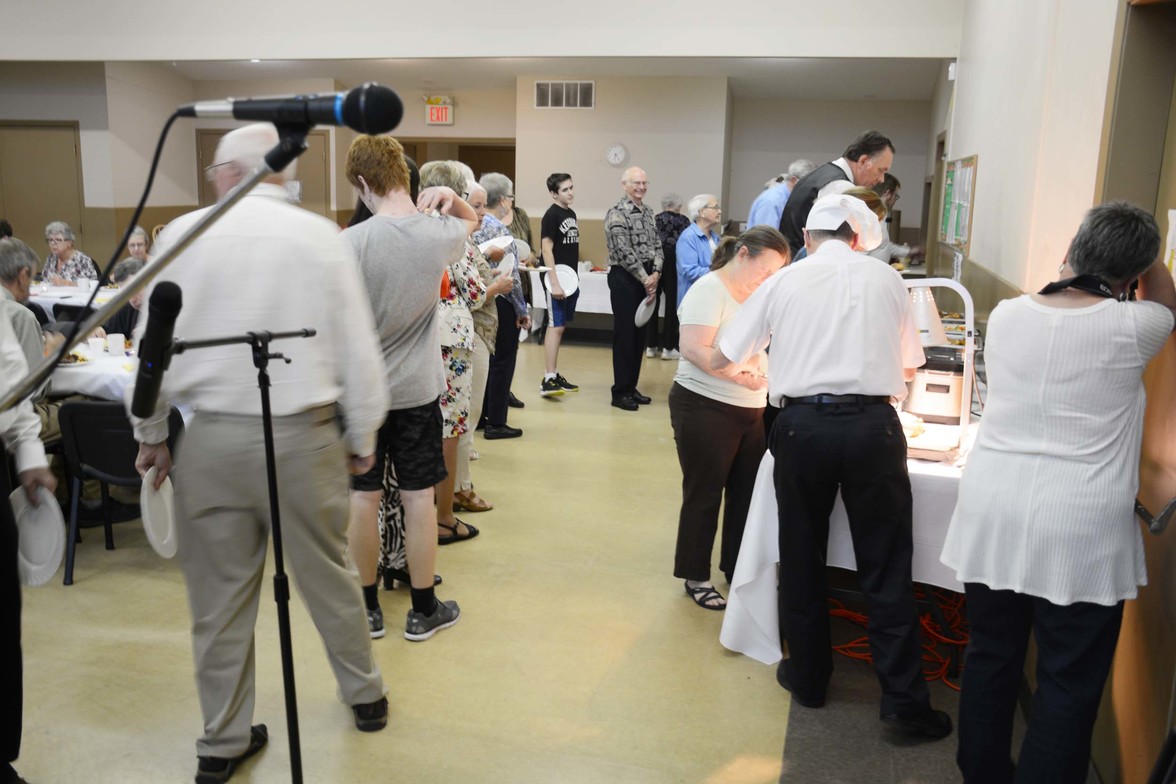 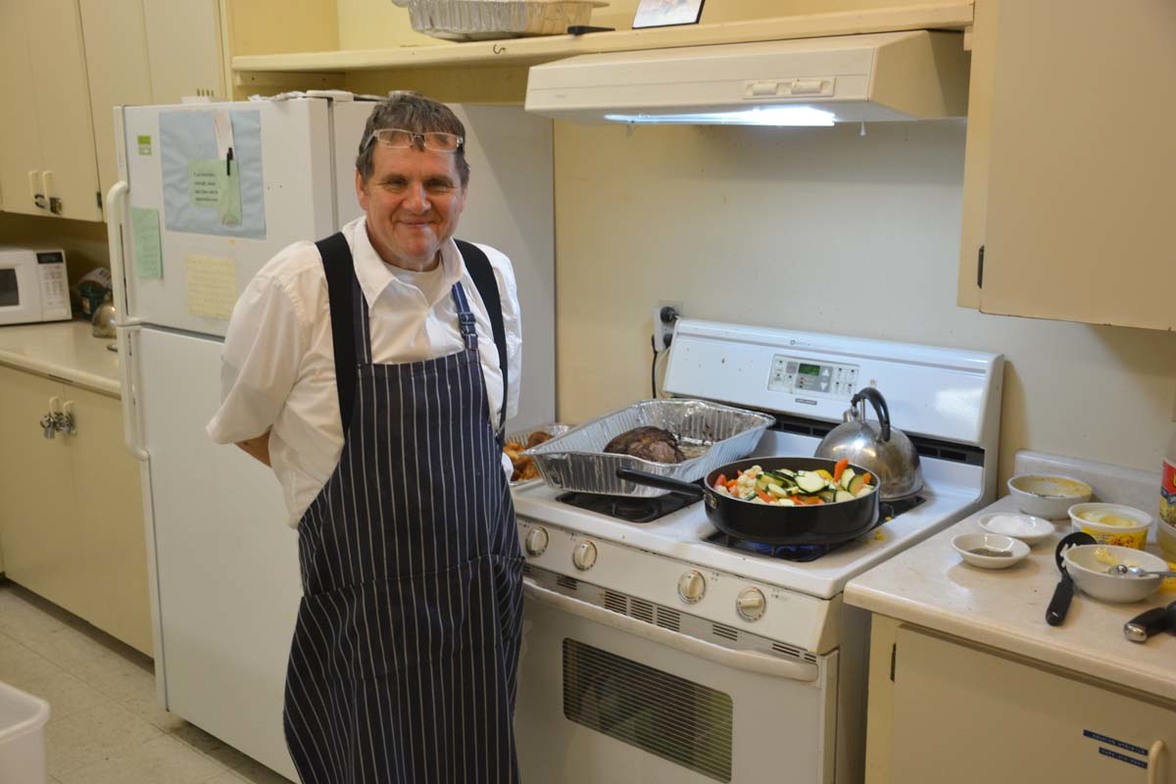 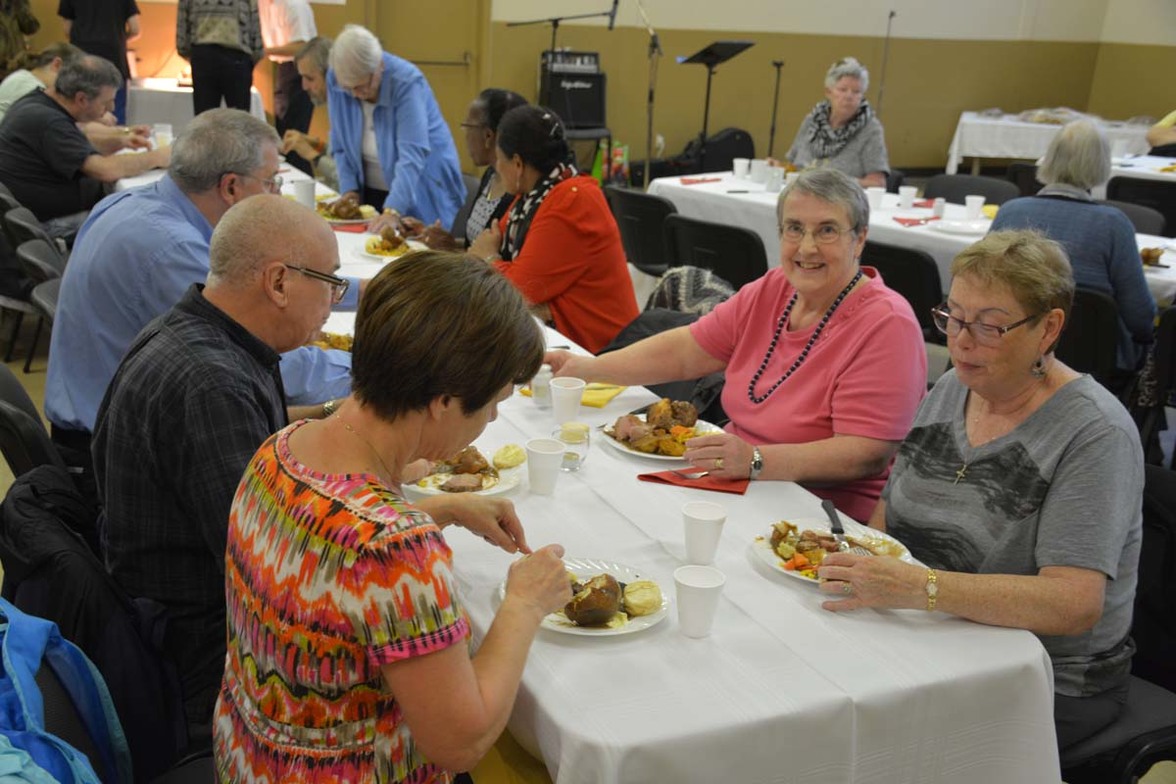 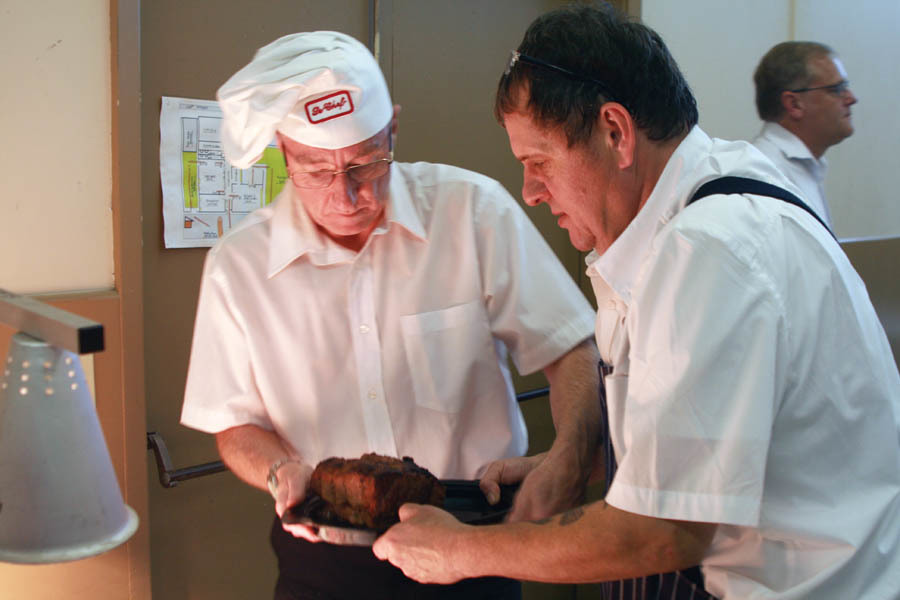 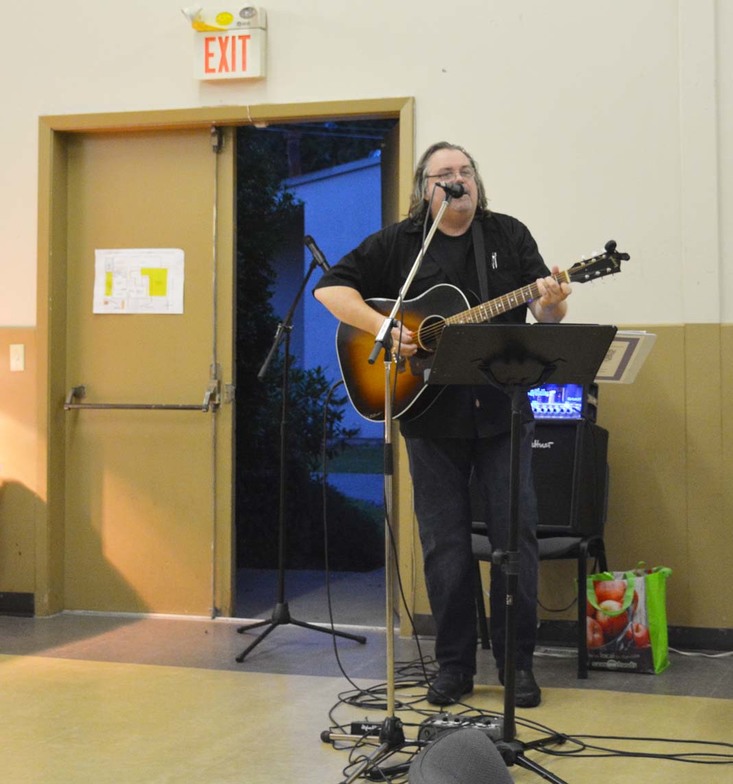 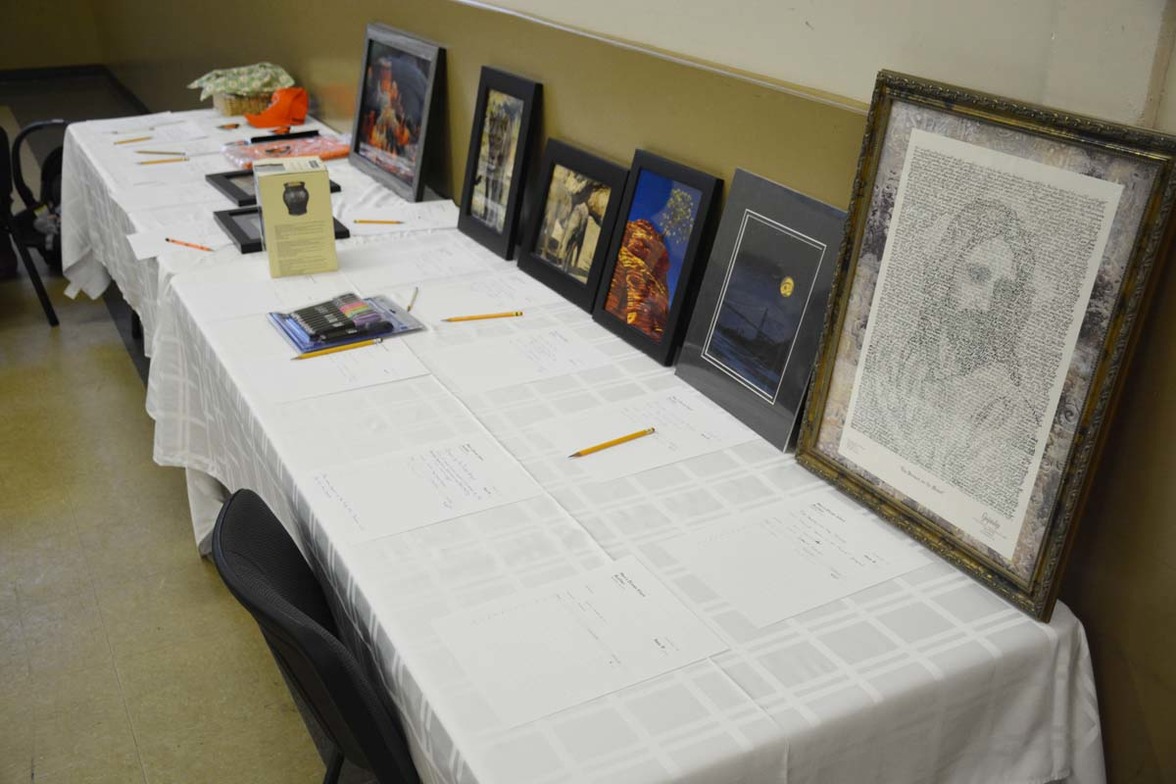 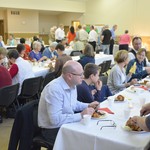 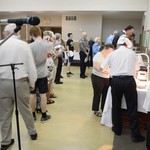 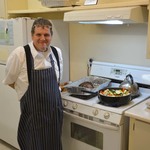 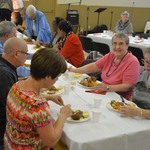 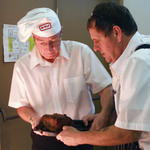 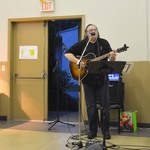 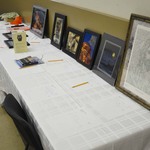 Like many parishes in the Diocese of New Westminster and beyond, the Anglican Parish of the Church of the Epiphany (‘Epiphany’) located near Surrey’s Guildford neighbourhood has its traditions. And one of those traditions is the Men’s Dinner which was held this year on Saturday evening, September 24.

The Men’s Dinner is a great way to begin the programmatic year, to shake off  the summer dust, renew friendships and focus the congregation on the vision and goals of the parish which are to be a place of new beginnings for all who seek the divine through Jesus Christ and to be a place of ongoing spiritual nourishment for current members.  The Men’s Dinner is also all about community and it may also be viewed as a metaphor for what each individual Christian can bring to the table for the enrichment of all.

The men of the parish: do the shopping, arrange for the silent auction, book the program, do the cooking, the clean-up and all of the organization of a roast beef and Yorkshire pudding banquet. All are welcome to attend and the $25 suggested donation begins the focus on generosity which will be further explored as the days become shorter, the leaves fall and the annual stewardship campaigns for funding mission and ministry are planned and implemented.

At the ‘Epiphany’ dinner, silent auction tables were set up with a number of donated items as an added component to aid in fundraising for ministry.

The 2016 version of Men’s Dinner was well attended with very few empty seats. Epiphany’s rector, the Venerable Stephen Rowe with Jevon, Doug and others took on general duties of prepping, greeting, seating and organizing the auction and the program. Rob supervised the carving area but when it came to thank those who had produced the event the loudest and most sustained applause was for Ed who had supervised the shopping and done most of the cooking. In order to feed the hungry crowd, Ed had prepared and roasted nine 3-4lb Top Round Roasts (Inside Round), baked dozens of Yorkshire puddings and prepped and prepared many pounds of fresh mixed vegetables. The dinner was delicious and much appreciated by all in attendance.

As I, the communications officer for the diocese had agreed to cover the event, the rector, who is also the Archdeacon of Fraser thought it might be a good idea that I work up a brief act in order to entertain the diners after the meal or perhaps to expedite their hasty exit so the organizers could clean up, get home in time to watch some TV and have a good night’s sleep before worship the next day.  For a good chunk of my life I was a professional entertainer (although not really in the oeuvre of the parish supper performer) so I did agree and decided to challenge the axiom that Neil Young made so famous, “rust never sleeps.”

The evening was a success, it raised a good chunk of money for the mission of the parish and created some good energy that will stay with the parish as they approach the new church year with the arrival of Advent on Sunday, November 27.