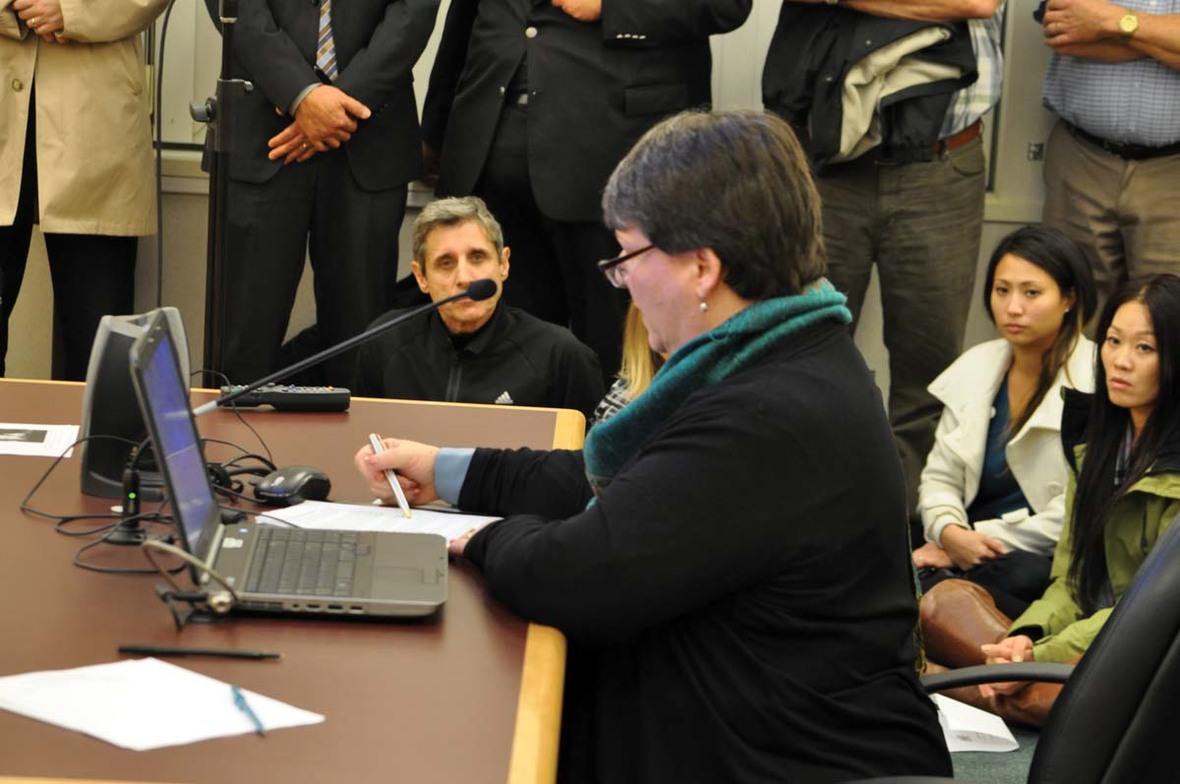 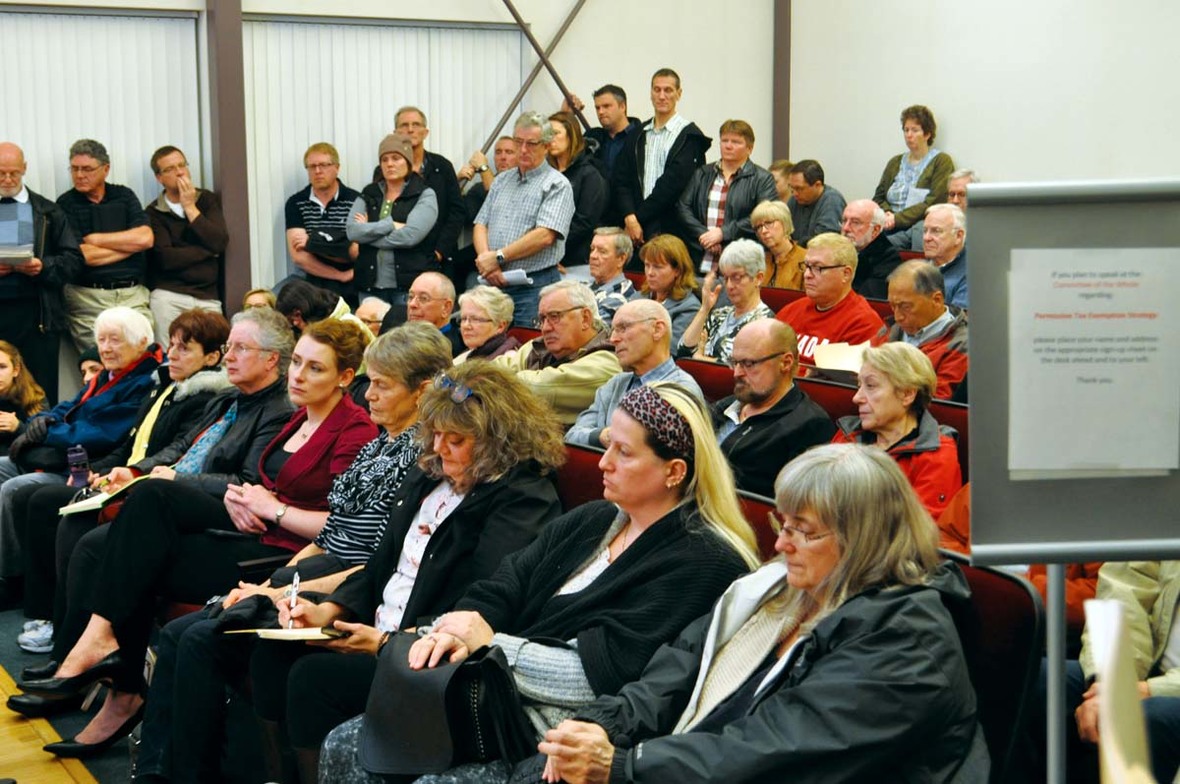 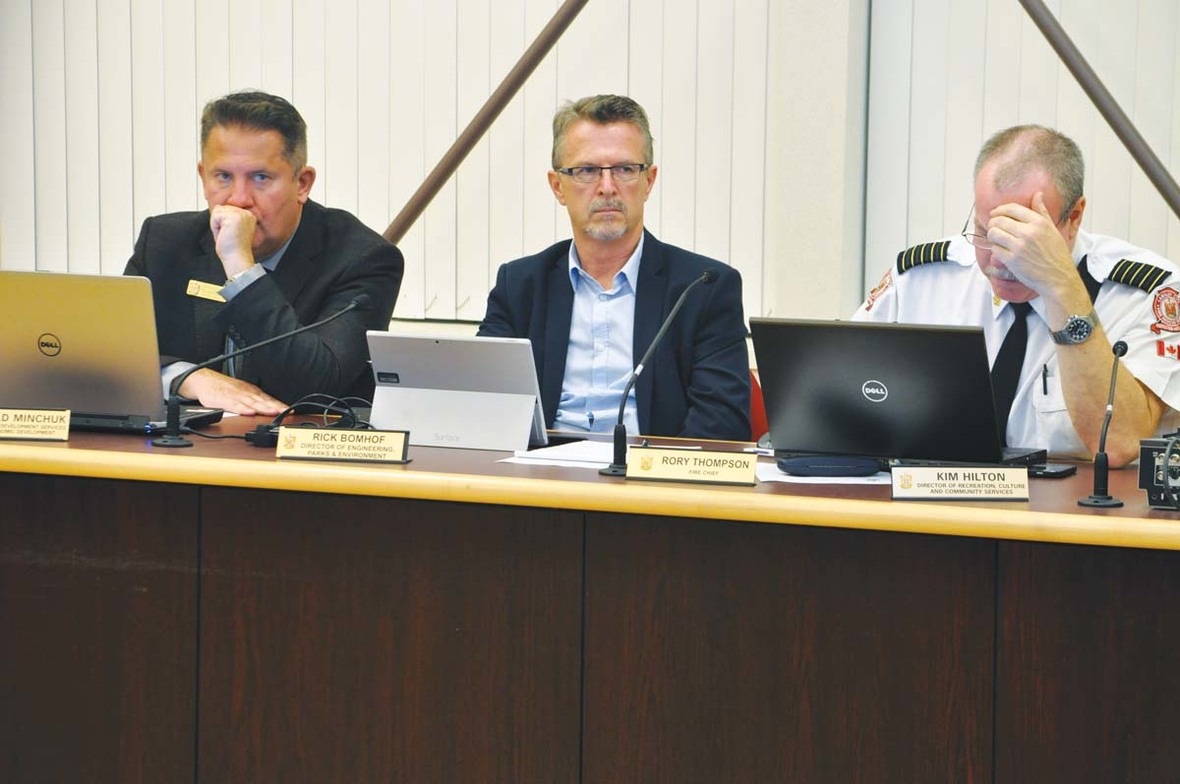 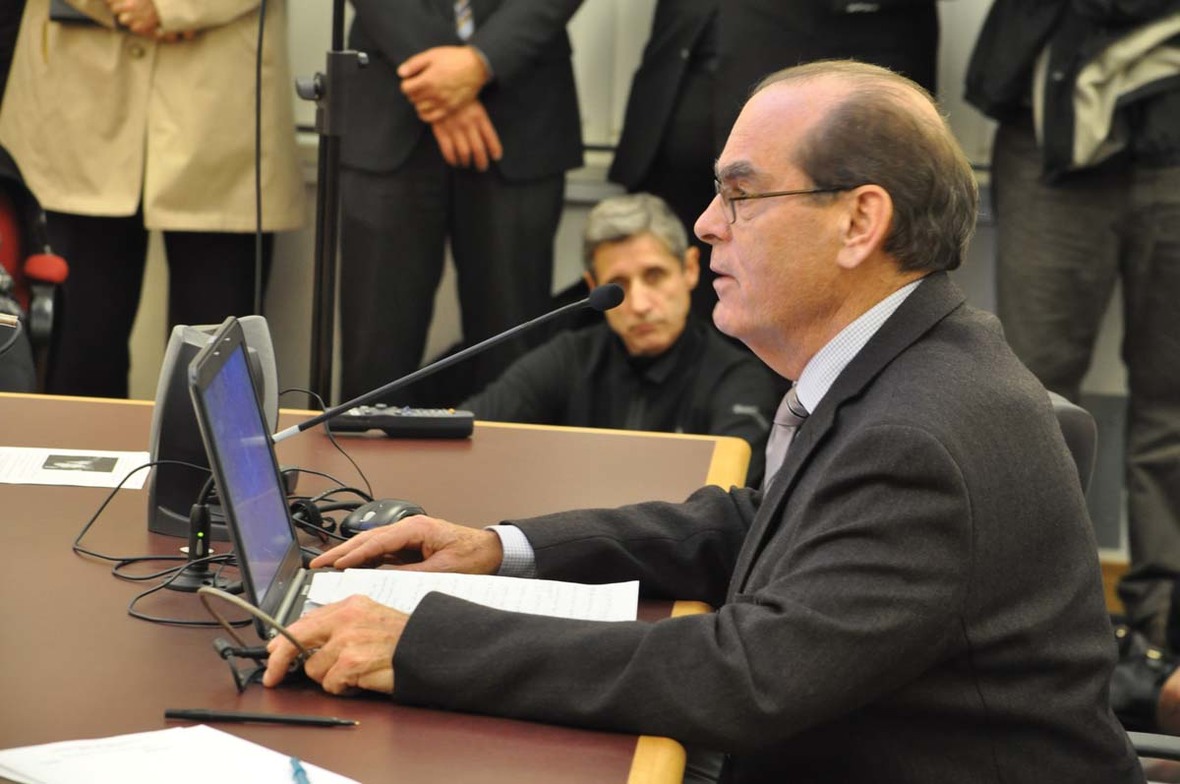 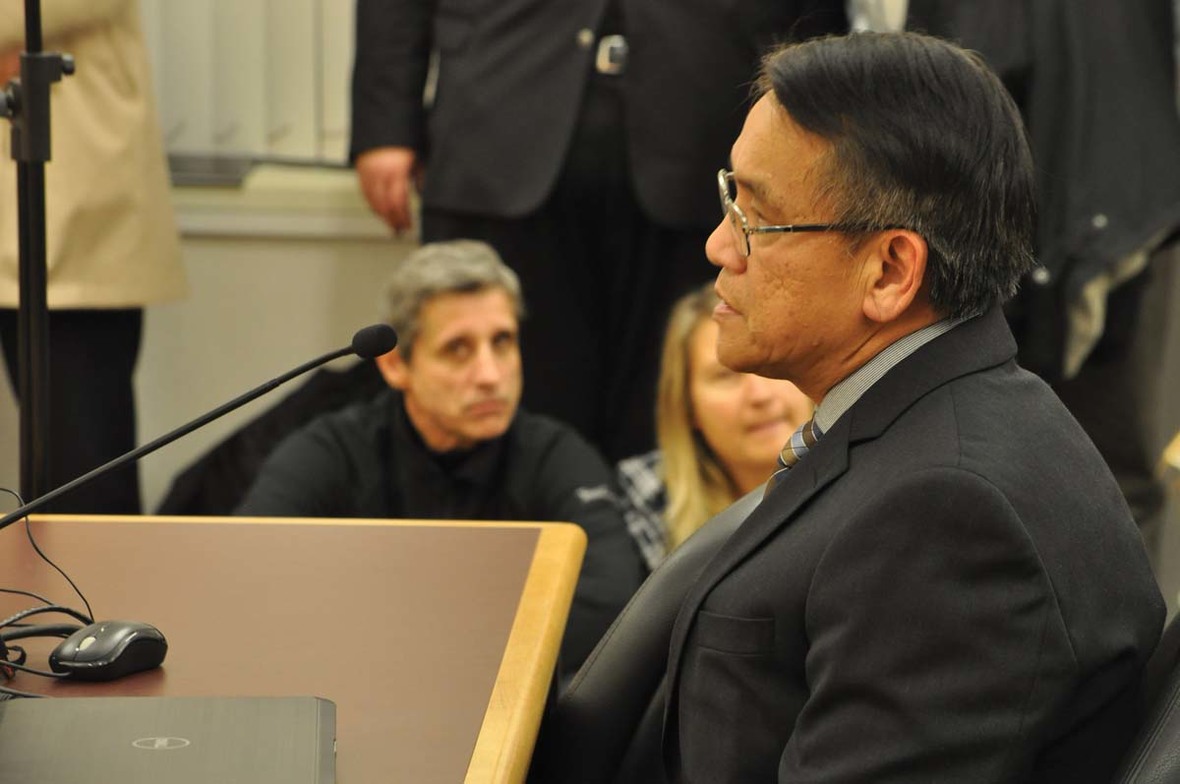 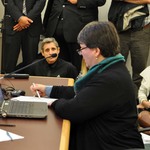 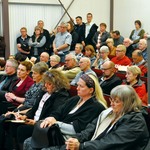 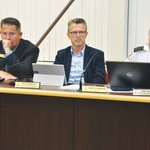 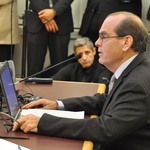 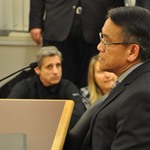 A significant event in the world of not-for-profits (NFPs) took place in the Council Chambers of Langley City Hall the evening of November 23, 2015. On the agenda for that evening’s regularly scheduled meeting of Langley City Council would be the follow up to this resolution passed at the City Council meeting of September 28, 2015:

“THAT staff be directed to prepare a tax exemption reduction/elimination strategy for those properties that are currently being exempted, for Council consideration and that the approved strategy be implemented for the 2017 taxation year.”

In the October 23 letter written to the twenty NFPs who are eligible for, and did receive 2016 property tax exemptions in the City of Langley by Langley’s Director of Corporate Services, Darrin Leite, the recipients were invited to comment on the Council motion and forward any comments to his attention by November 18. This would provide sufficient time to include the comments in the November 23 meeting agenda.

Darrin Leite’s October 23 letter did indeed produce some comments. Many of the letter’s recipients sent correspondence to the Director of Corporate Services office voicing their strong opposition to the plan. Stuart Allan, People’s Warden and Cathy Barnes, Rector’s Warden of St. Andrew’s, Langley sent a letter outlining the significant contributions that the mission and ministry of St. Andrew’s provides at no cost to the community, and the consequences for the parish if the permissive tax exemption is removed. In their November 17 letter they wrote: “St. Andrew’s provides a spiritual home where people of all generations come together to worship God and share community and reach out with hope. We provide spiritual support for both members of our congregation and anyone else in the community who has a need. Our priest and members of our congregation regularly provide outreach to the sick and elderly both at home and in four local care homes. In addition, we supply space at a nominal cost to nonprofit groups like Narcotics Anonymous, Gamblers Anonymous, Scouts, Cubs, Valley Fuchsia and Geranium Club and the Bee Club. Also Parkview Academy Day Care and Preschool use our facilities, which we provide at a rent below market rates.”

In the second half of the letter the wardens explained the consequences of the proposed action: “Without exaggeration, if the City of Langley were to move forward with the proposal to reduce or eliminate St. Andrew’s property tax exemption ($13,124 in 2016) the additional tax burden would force us to close our doors and cease operation. This would result in the elimination of the Anglican Church in the City of Langley, all the services it provides and the nonprofit groups who rely on us would have to find other space, likely at a cost that they would have difficulty managing.”

The Business Administrator of the Diocese of New Westminster, Rob Dickson also wrote to Mayor Ted Schaffer and City Council on behalf of St. Andrew’s and on behalf of the diocese. In his letter he said that he and members of St. Andrew’s would be attending the November 23 meeting to explain in-person the services the Parish provides to the greater community in support of their objection to reduction and elimination of the Permissive Property Tax Exemption. In the penultimate paragraph of his letter, Mr. Dickson wrote the following: “Our understanding is that total revenue from property taxes in 2017 is predicted to be $24, 975,925. The exemption represents approximately 1.57% of the total property tax revenues generated, and only 0.91% of the total revenue to be generated by the City as a whole. We feel that our exemption represents only a small part of the budget, given the service we provide the community on a daily basis. If the City had to pay entirely for the services we provide, the costs would be much greater than the permissive tax exemption.”

These are excerpts from the two letters sent on behalf of the Anglican presence in Langley, the mayor and council and the Director of Corporate Service office received many more all containing a similar message.

On the evening of Monday, November 23, the Langley City Hall council chambers began to fill at 6pm for the 7pm meeting. The gallery consists of 60 theatre style seats. By 6:40 the seats were filled and by 6:55 the chamber was full with over 120 people standing, lining the walls and spilling out on to the second floor mezzanine. From 7:15 until 8:45 speakers who had signed up to address council moved to the dais and spoke, each person expressing their opposition. One speaker said that people who have made a commitment to support the less fortunate, the lonely, the broken, the spiritually seeking should “be commended, not taxed.”

There was a large contingent present from St. Joseph’s Roman Catholic parish and school, a faith community that has 2,500 families and an aggregate total of 6,000 on the parish roles. The Director of Finance for the Roman Catholic Archdiocese of Vancouver, Francis Wong was present and briefly addressed council as did Rob Dickson. The Reverend Paula Porter Leggett, incumbent of St. Andrew’s spoke with passion and clarity on behalf of the Anglican congregation. Council also heard from representatives of: Langley Hospice Society, Langley Association for Community Living (Children and Adults with developmental disabilities), Langley Seniors Resource Society and a number of reformed Christian communities. The messages communicated to council were similar in content to the quotes from the letters in the preceding paragraphs, at the core of each person’s address was this question: Why jeopardize the existence of organizations in the community that serve without charge a substantial portion of the population not being served for an insignificant amount of money, given the overall revenue collected by the city?

The line-up of speakers led up to the business portion of the meeting. The motion to reduce the current permissive tax exemption for the group of 20 not-for-profits was ‘put’ and not one councilor present at the meeting that evening would second the motion. The motion and therefore the action died.

Later, in a letter to interested parties in the diocese, Rob Dickson reinforced why it was important that he and Francis Wong were present at the meeting and their voices heard: “This is not an action that was only for the City of Langley. If this motion had passed in Langley November 23, there would have been a roll out of this action across BC municipalities. The NFP sector must continue to be vigilant and we must alert all our various constituents and work together to ensure that churches, NFPs, compassionate service organizations are not taxed by the local, provincial or federal governments for the very good reason that they provide community services not provided by others and at no charge.”

2. The standing room only gallery crowd