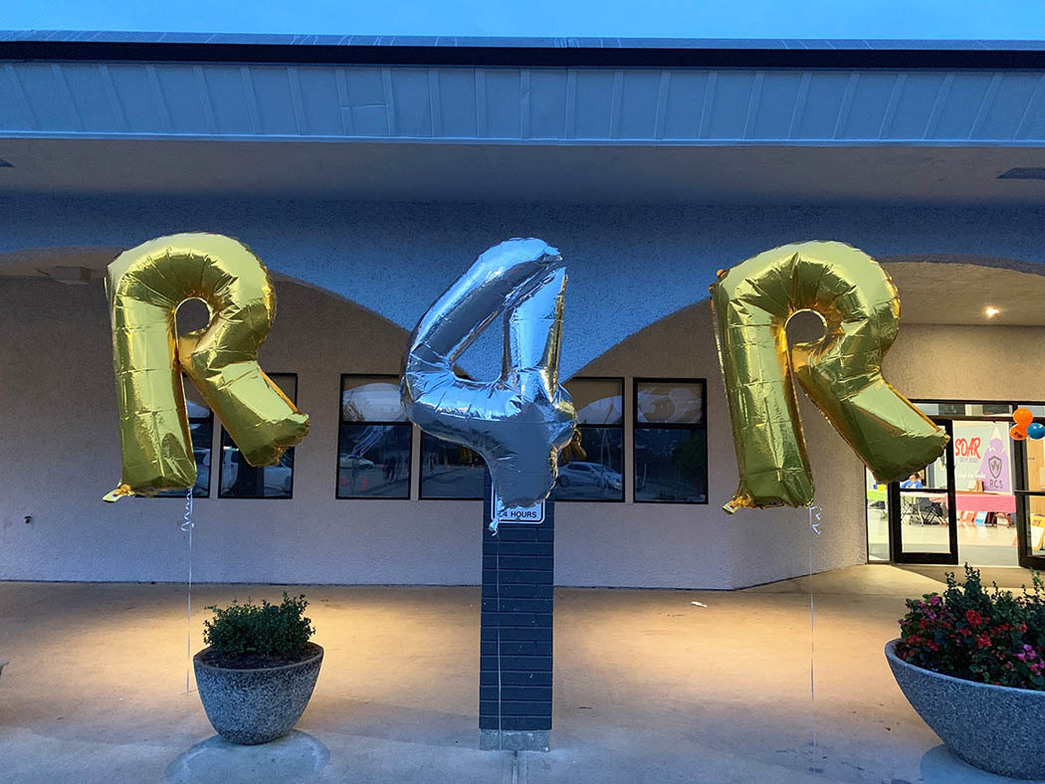 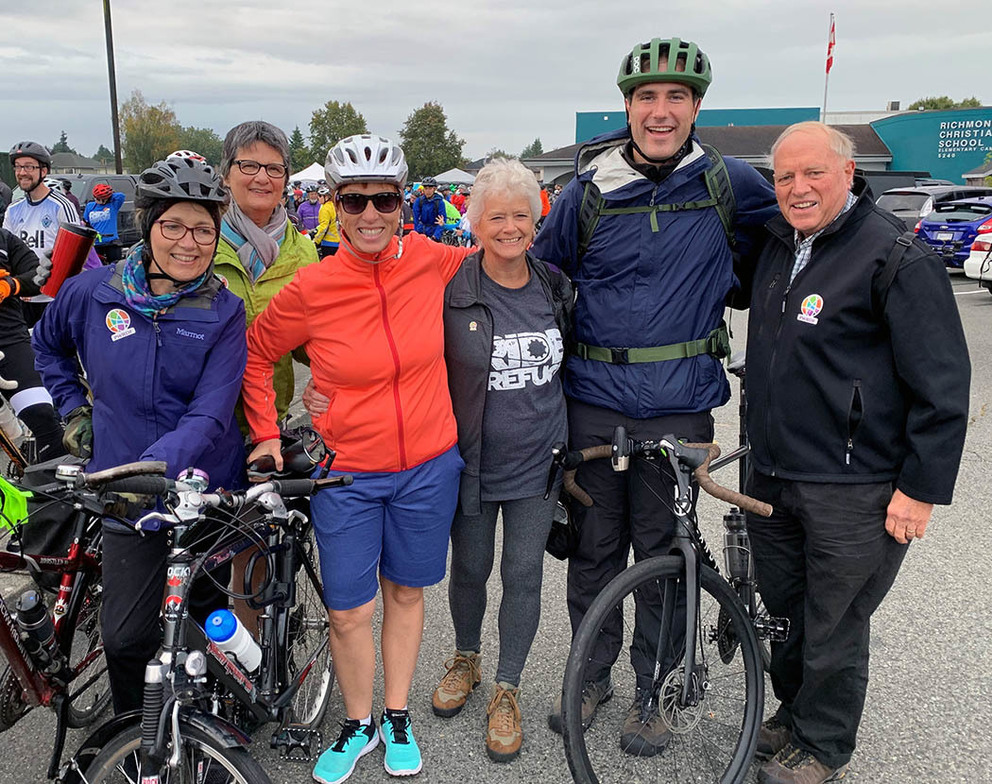 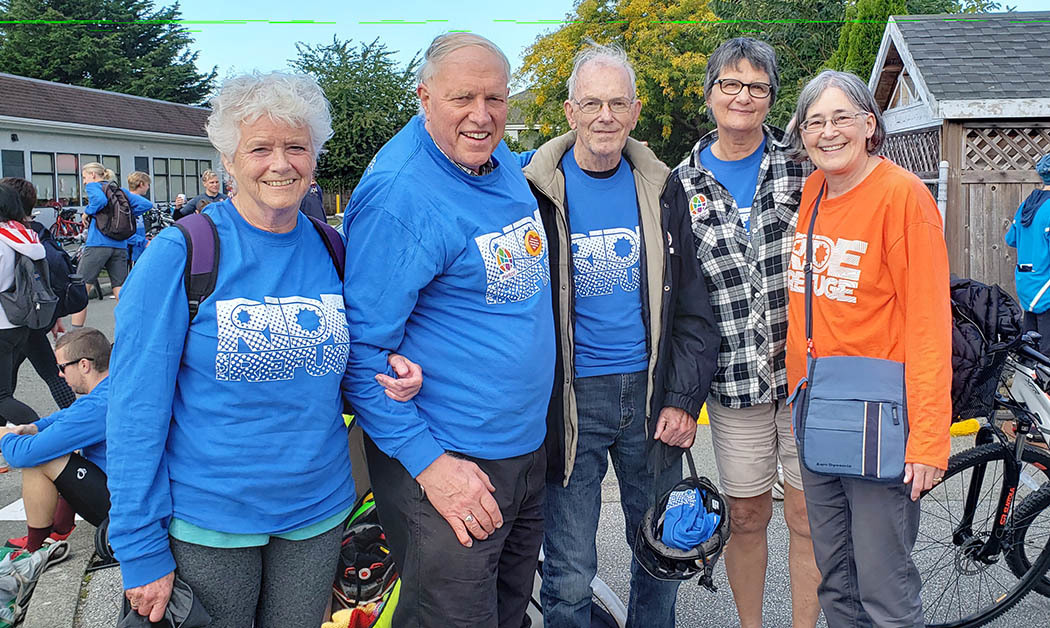 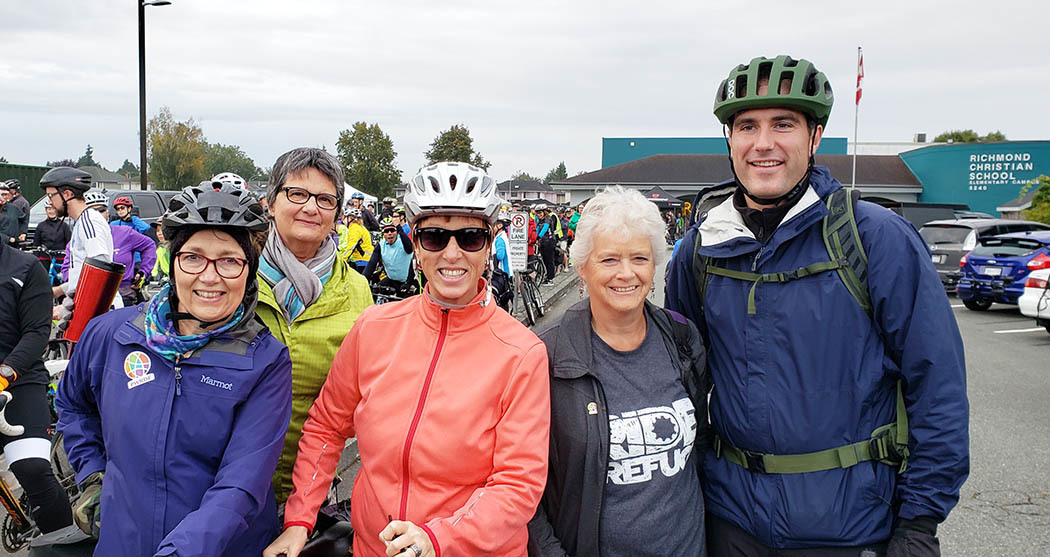 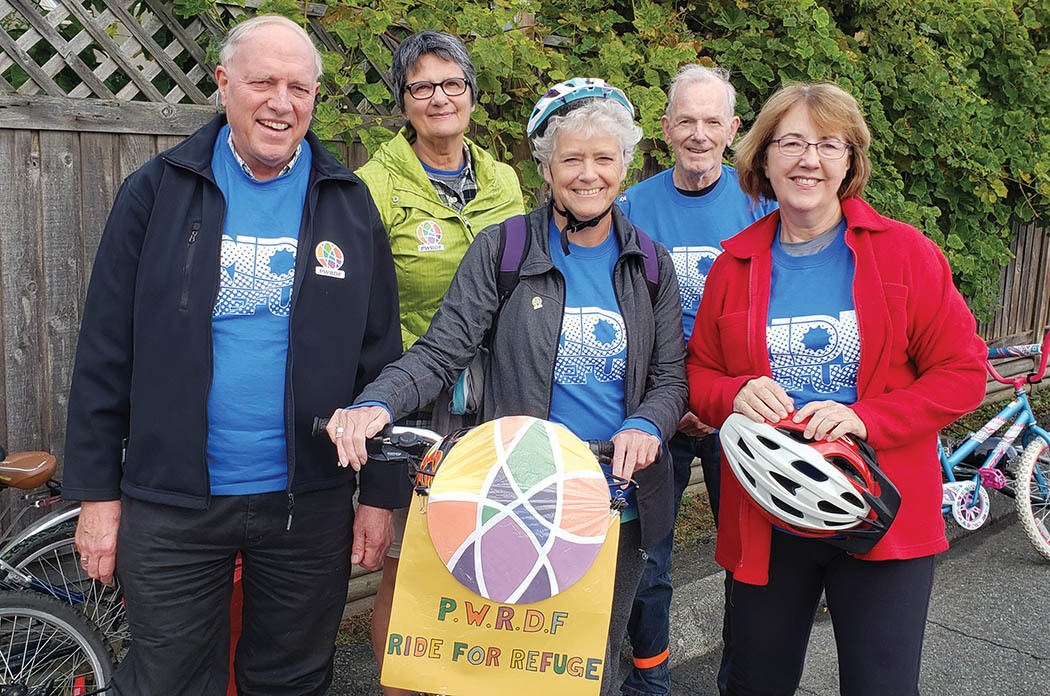 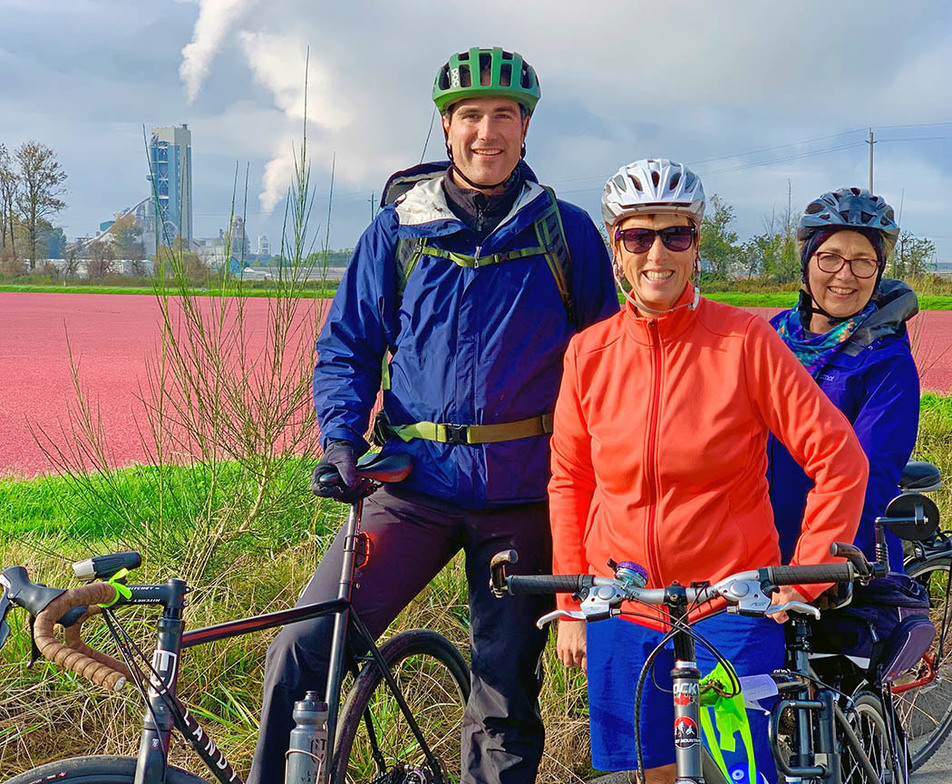 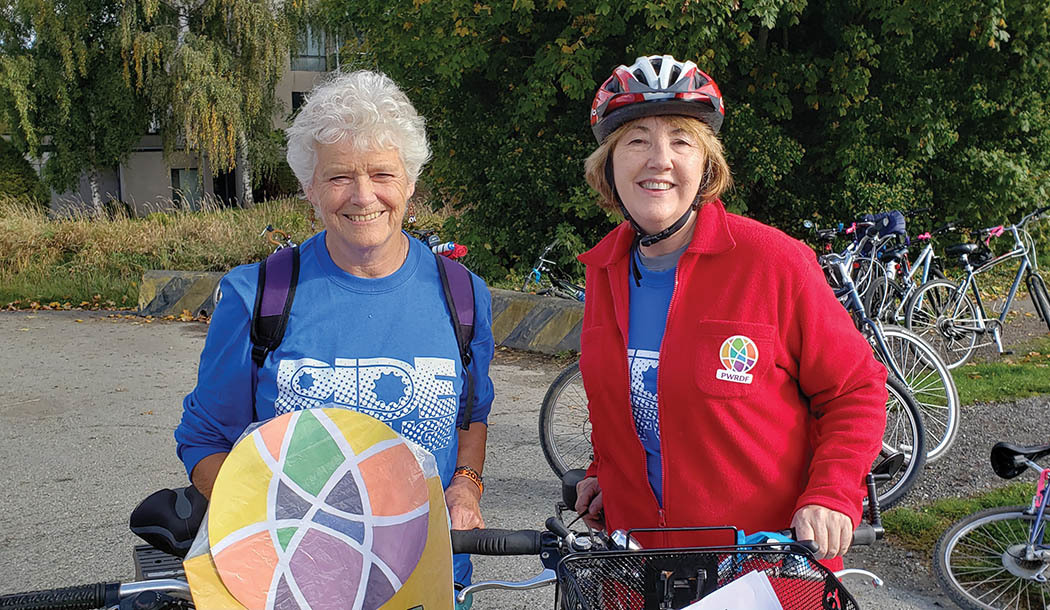 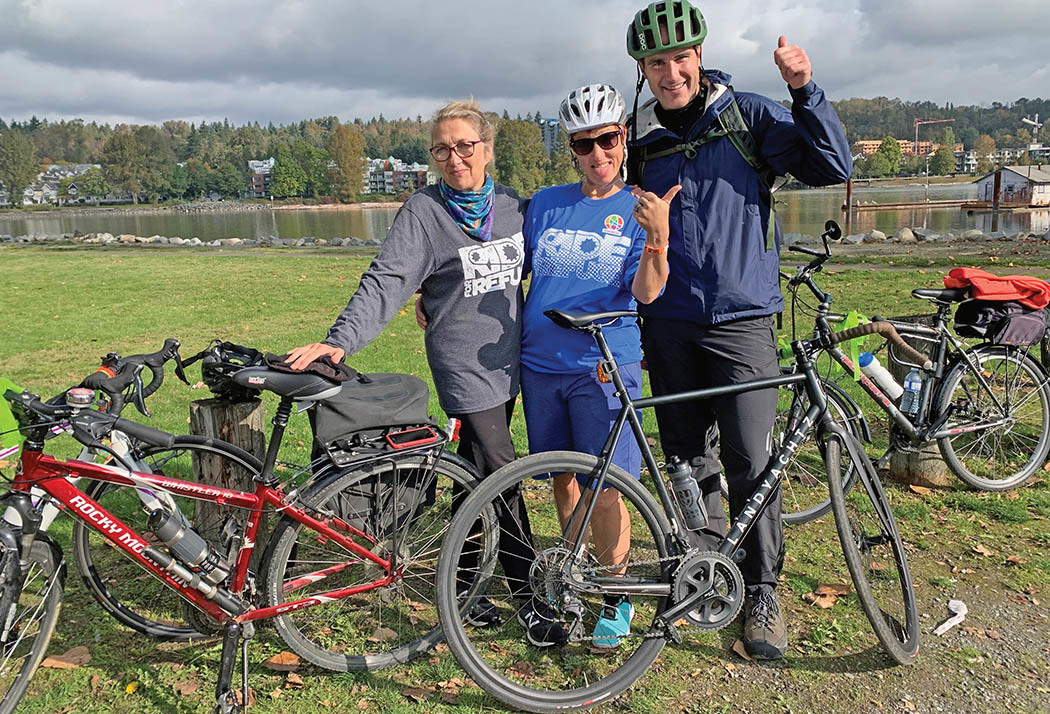 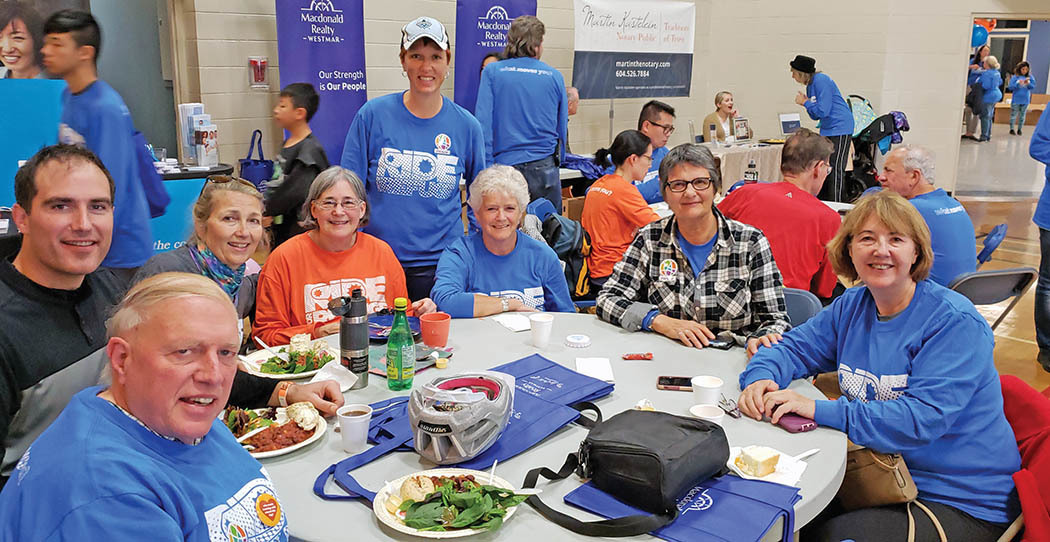 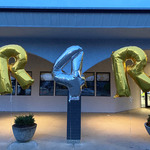 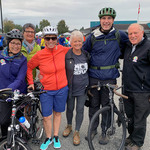 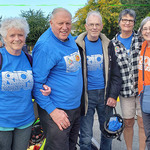 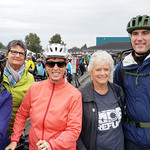 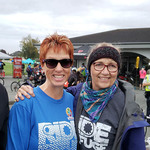 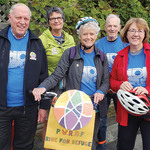 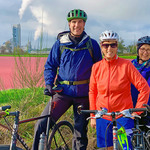 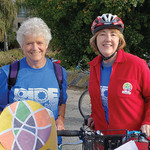 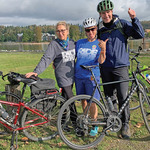 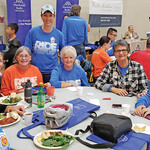 On Saturday October 5, nine riders from six parishes participated in Ride for Refuge for Team PWRDF Vancouver. Participants rode lengths of 10,25, and 50 kilometres along the roads and dikes of Richmond accompanied by members of 130 other teams supporting various charitable organizations.

Funds raised are being directed to support PWRDF’s partner organization the Panzi Foundation in the Democratic Republic of the Congo. Female victims of horrific gender based violence will be assisted to re-integrate back into their communities along with the hope that women living in the area surrounding Panzi Hospital will be less vulnerable to gender and sexual based violence. PWRDF’s goal is to raise $30,000 towards this cause. A current and ongoing focus of PWRDF’s ministry is to support the empowerment of women.

Team PWRDF Vancouver was one of six teams that rode in Ride for Refuge for PWRDF across Canada. PWRDF Vancouver’s team fundraising goal was $2,000, however, as of this writing October 8, 2019, the team has raised over $6000. All participants did a great job fundraising but kudos to Jane Dittrich of Christ Church Cathedral for leading the pack with $1,500 raised with Susan Ohannesian of St. Mary’s, Kerrisdale in second spot with $1,180 raised. In addition to Team PWRDF Vancouver the parishes of St. Laurence Coquitlam and St. John the Divine Maple Ridge organized walks to fundraise to support PWRDF in this initiative.

Thank you to all those in the diocese who have offered their most generous support to the team, PWRDF, and some of the world’s most needy through Ride for Refuge. Online donations may continue to be made to Team PWRDF Vancouver until October 31 by visiting the Ride for Refuge website.