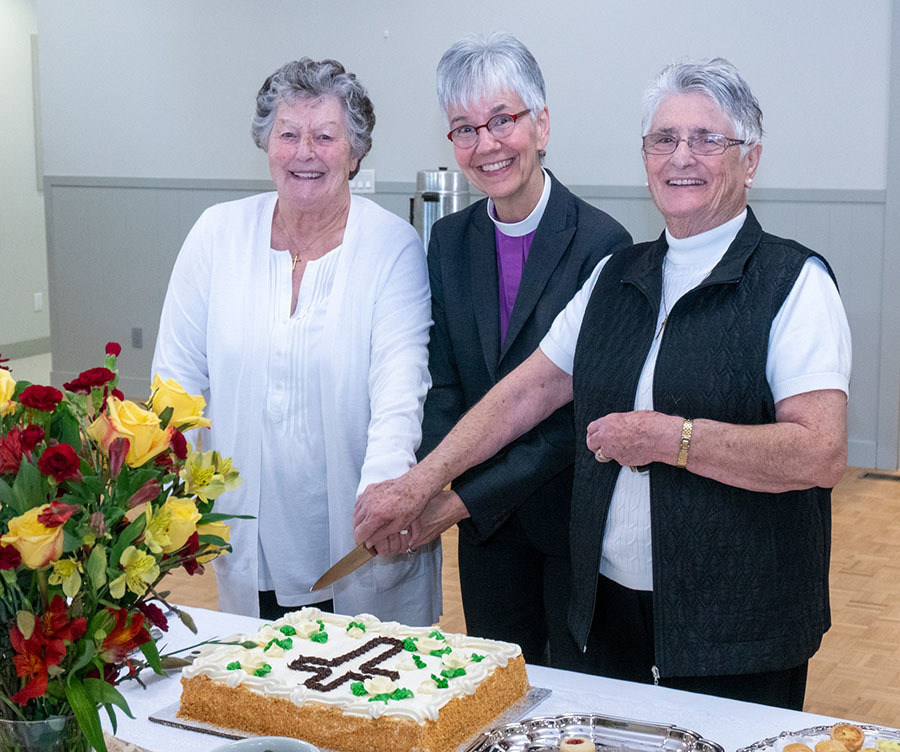 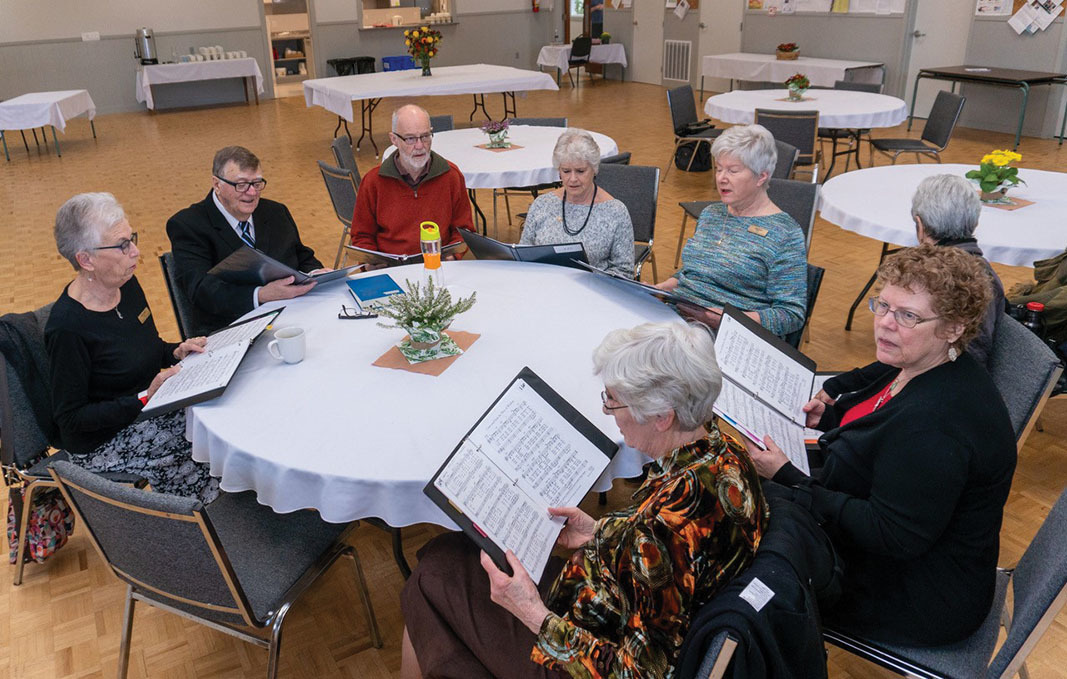 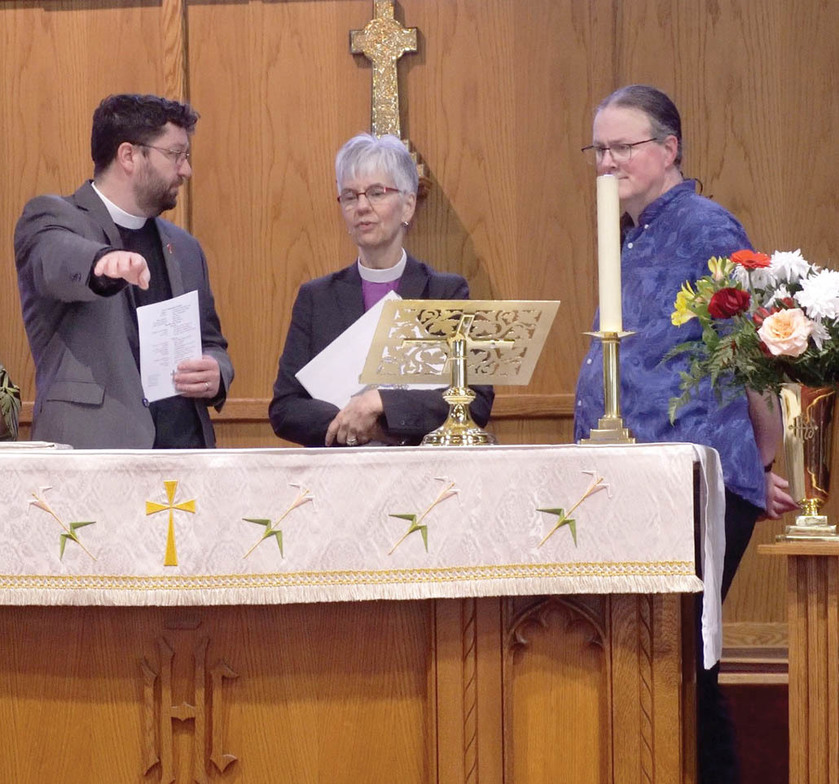 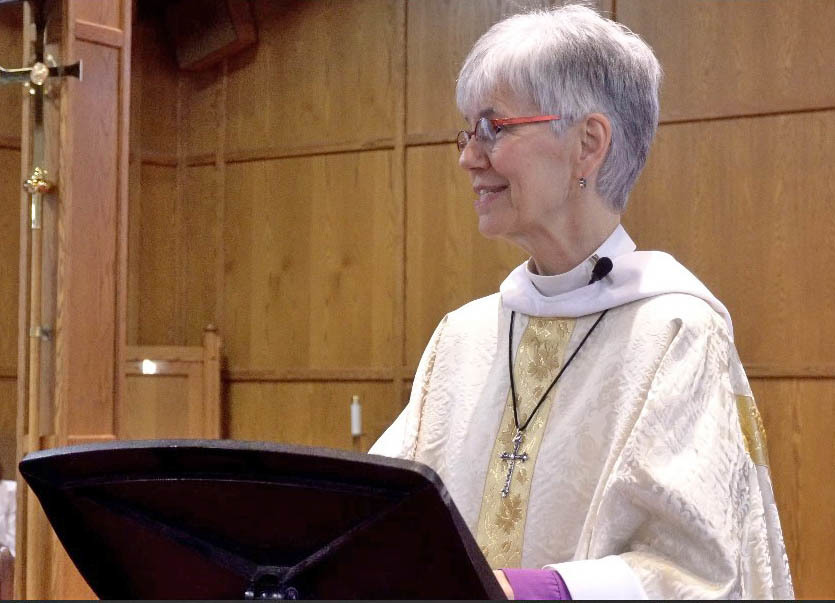 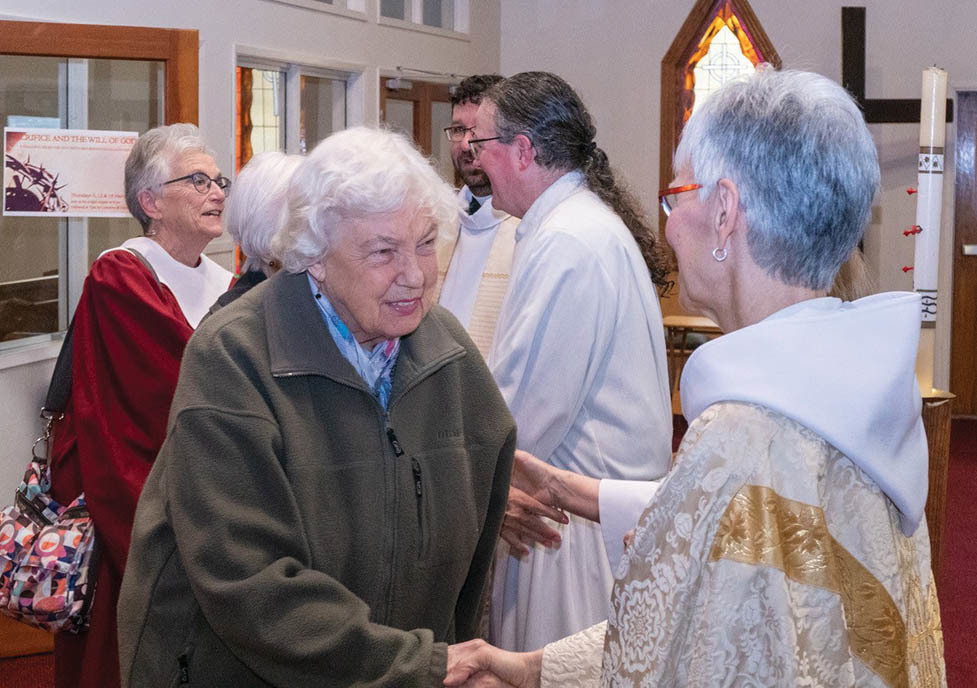 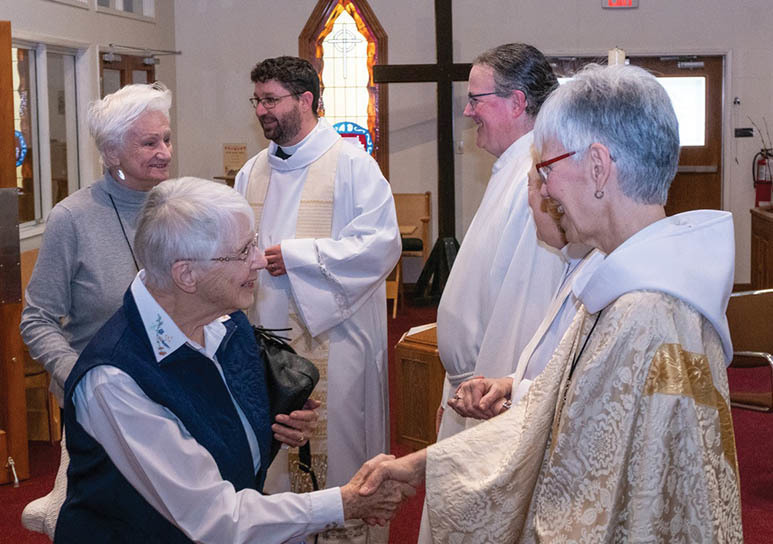 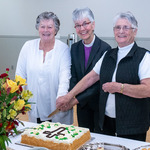 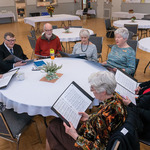 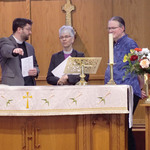 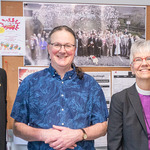 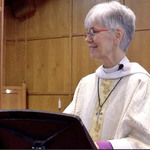 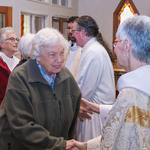 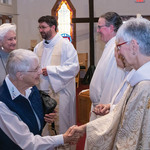 Sunday, February 23, 2020, Transfiguration Sunday was the day that Archbishop Melissa Skelton travelled south of the Fraser for a scheduled archiepiscopal visitation to the parish of All Saints’ in Ladner. As has been her custom for the six years of her servant-leadership, she presided at the Eucharist, preached the sermon and met with parish leadership following worship. Archbishop Skelton was accompanied by Deacon, the Reverend Helen Lingham of St. Andrew’s, Langley, and Registrar for the diocese, Donald Paul, ODNW. One or two Diocesan Council members usually accompany the archbishop on parish visits. The chaplain for the Eucharist was Steve Black, currently on student placement at All Saints’. This was the Arcibishop’s first visit since the installation of All Saints’ newest rector, the Reverend Robin Ruder-Celiz.

The service began with the blessing and dedication of a Gospel Book: Archbishop Skelton led a prayer composed by Rev. Ruder-Celiz that is as follows:

“Almighty God, you make yourself known to us in word and sacrament. May all who read, mark and learn your Holy Word be strengthened and nourished in Faith and Spirit. Bless this Gospel Book and Lectionary Readings that your Word may be proclaimed to become a living word in our hearts and lives. Amen”

In her homily, the archbishop began by telling the congregation about her love of home-improvement shows, and asked the congregation how many of those gathered that morning watch them as well. There was a sizable show of hands which generated some laughter. Archbishop Skelton confessed that she never tires of that most dramatic moment in the show: The Reveal. Tears, laughter, joy and amazement were some of the reactions when homeowners first saw the changed that had been made.

Transitioning effortlessly to the topic of the Gospel for the day: the Transfiguration, The Reveal, according to Matthew, Archbishop Melissa noted that mountains are important places in Jewish culture, places where significant events take place. Unlike the disciples, in today’s world we are asked to live our lives - not on the mountaintop but in the valley.

The archbishop felt that this story reveals two things to us:

(A video of the sermon is available linked below)

At the conclusion of the homily, the congregation sang Walk With Me. The next item in the liturgy was the reaffirmation of faith through the laying on of hands of two long-time All Saints’ parishioners: Kate Turner and Jean Thurley. (It was an emotional weekend for Jean Thurley as the previous day she had attended All Saints’ for the memorial service for her son-in-law, Ray Wittrock).

Following coffee and refreshments in the parish hall, Archbishop Skelton met with the newly-elected All Saints’ Parish Council. There was a lively exchange of ideas.