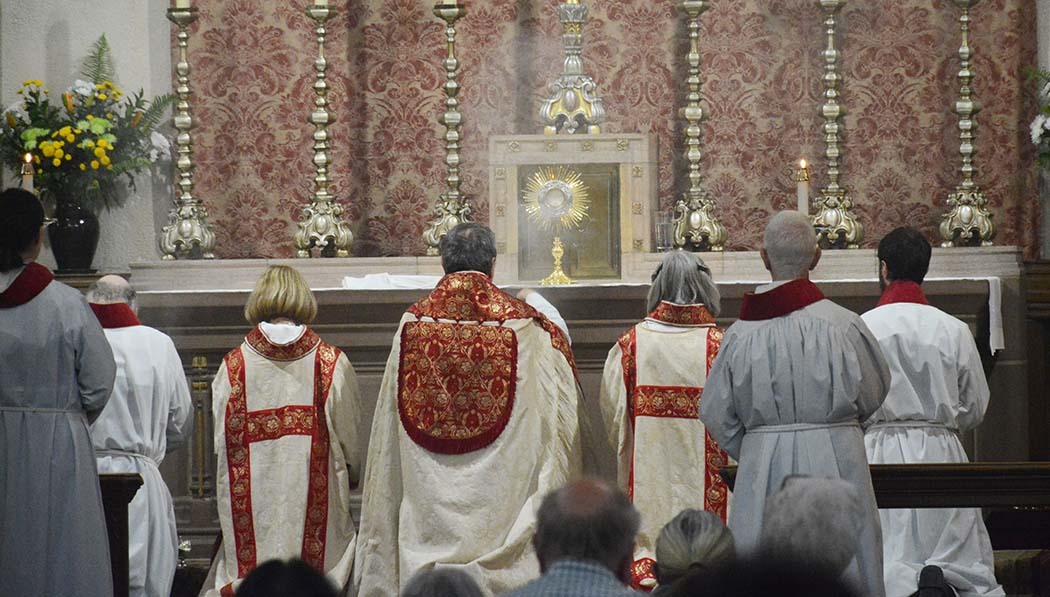 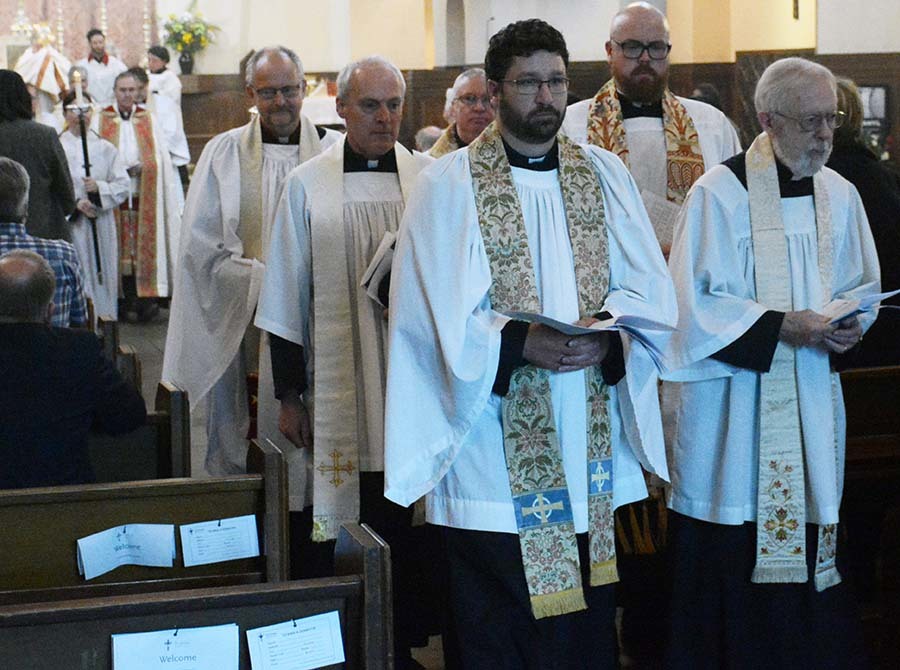 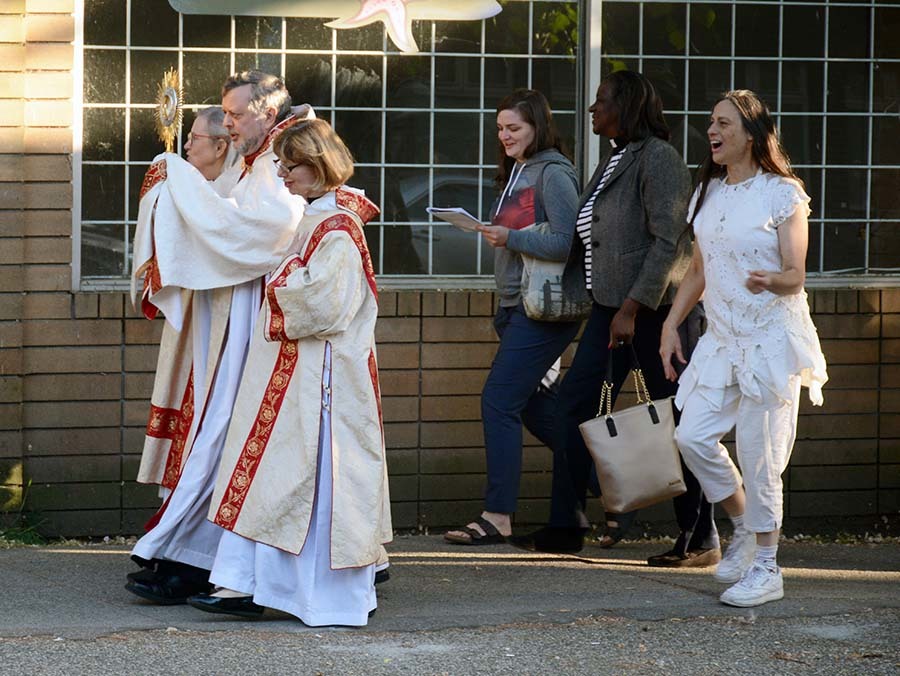 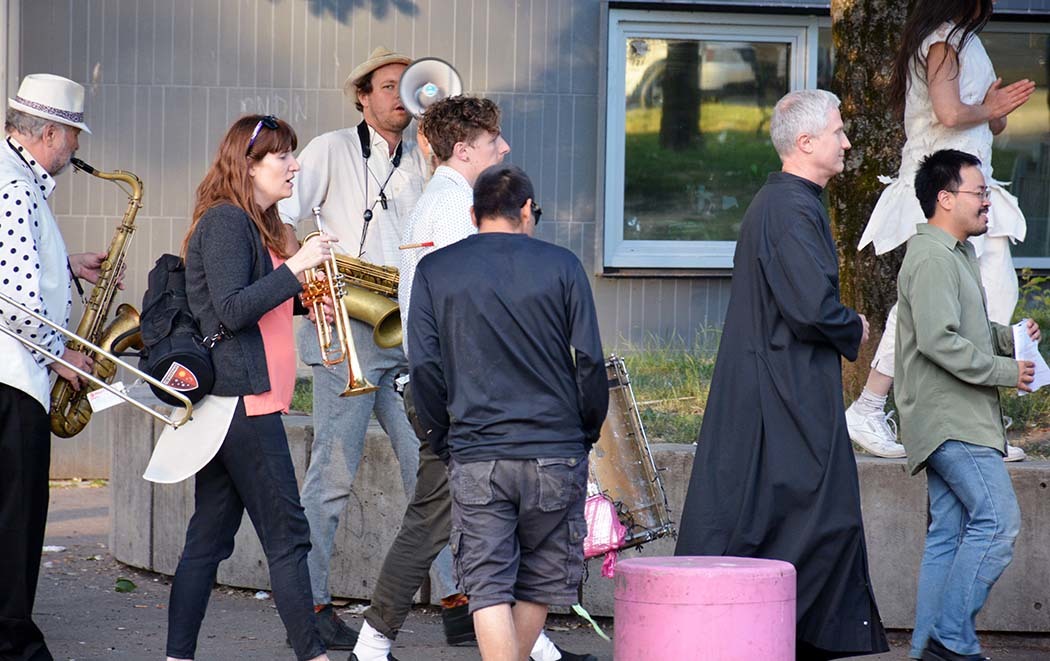 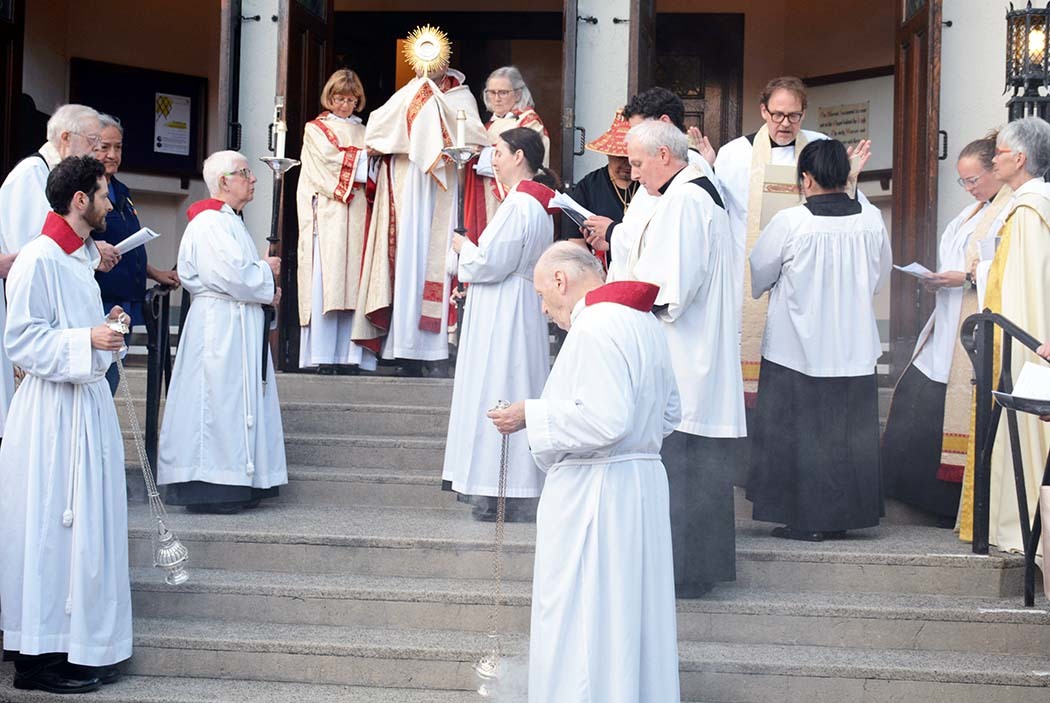 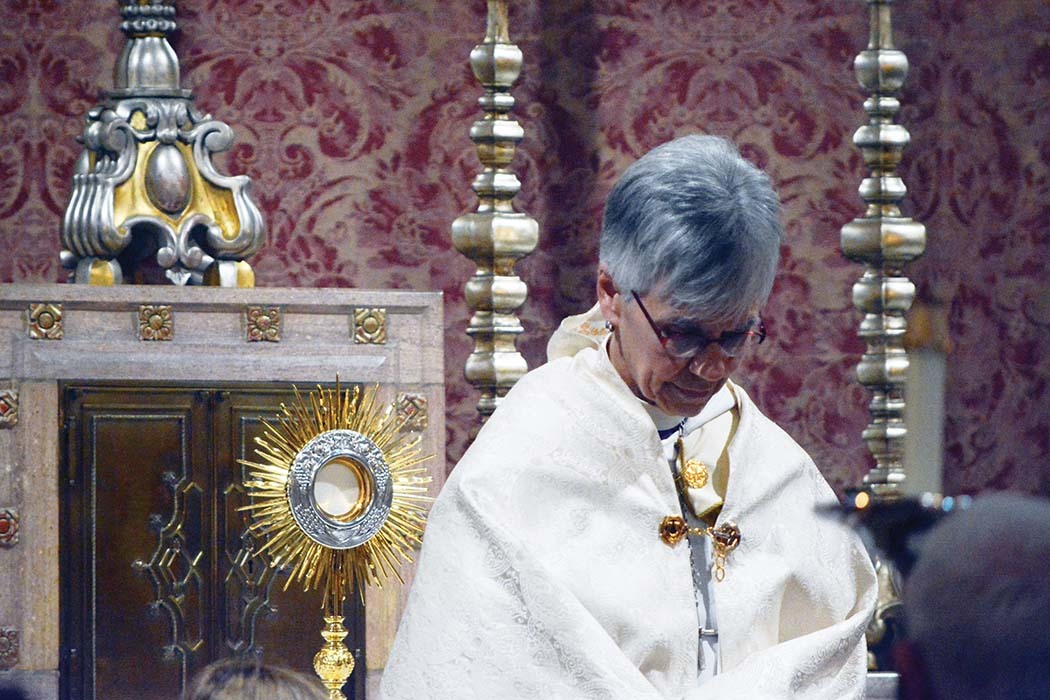 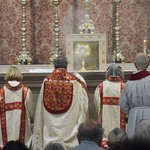 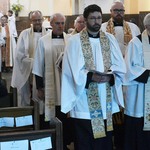 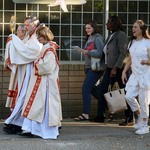 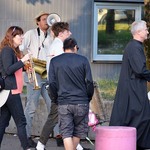 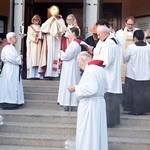 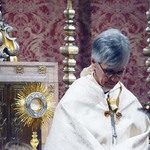 On Thursday, May 31, 2018, the Feast of Corpus Christi, at about 7:45pm, Oppenheimer Park in Vancouver's Downtown Eastside was filled with the sounds of the Carnival Band playing "When the Saints Come Marching In". The clergy and lay of St. James’ including Archbishop Melissa Skelton and Executive Archdeacon, augmented by a contingent of the members of the Society of Catholic Priests chapter of the Diocese of New Westminster participated in the Procession of the Blessed Sacrament.  It was also the first anniversary of the formation of the diocesan Society of Catholic Priests which officially came into being at the Feast of Corpus Christi, 2017.

Archbishop Skelton was the preacher at the Eucharist. Her homily is available here on the diocesan website.

The rector of St. James' and Celebrant for the Liturgy, the Reverend Canon Fr. Kevin Hunt had the responsibility of officiating the Procession, carrying St. James' "Monstrance" and holding and displaying the consecrated host for the walk through the neighbourhood. The Reverend Matthew Johnson officiated the Station on the Church Steps following the Procession and Archbishop Skelton officiated the Benediction of the Blessed Sacrament. Following the prayers of Benediction led by the Archbishop the Blessed Sacrament was returned to the tabernacle during the singing of Psalm 117.

Archbishop Skelton remarked later that it had been four years since she had officiated at a Benediction and "this experience was a treasure."