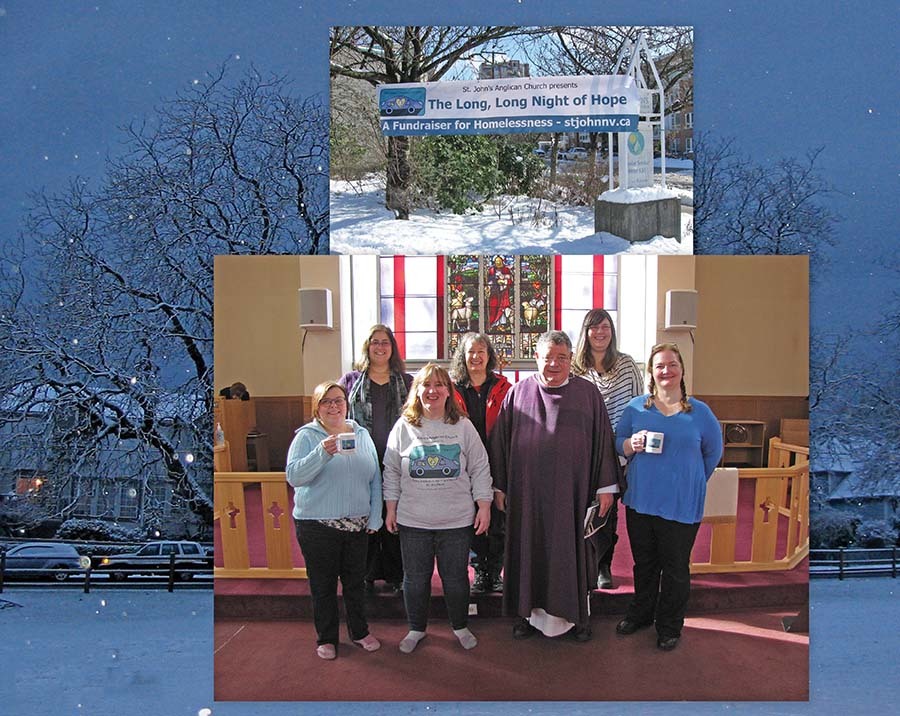 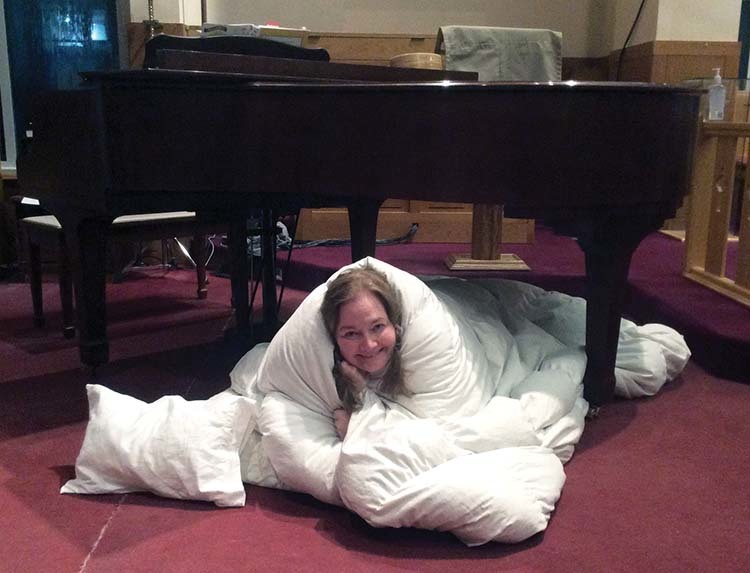 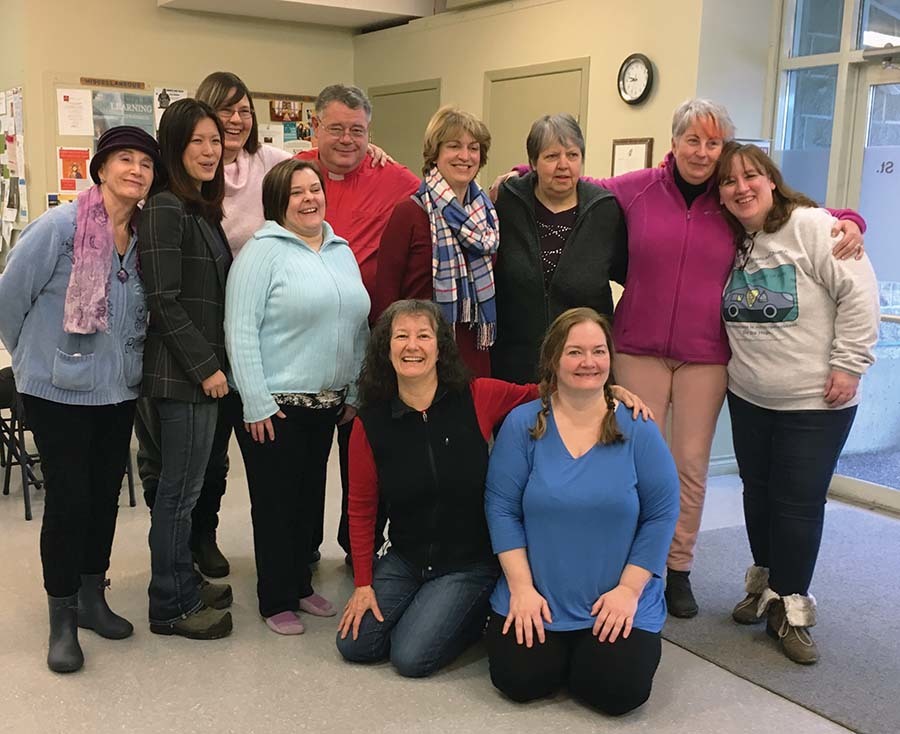 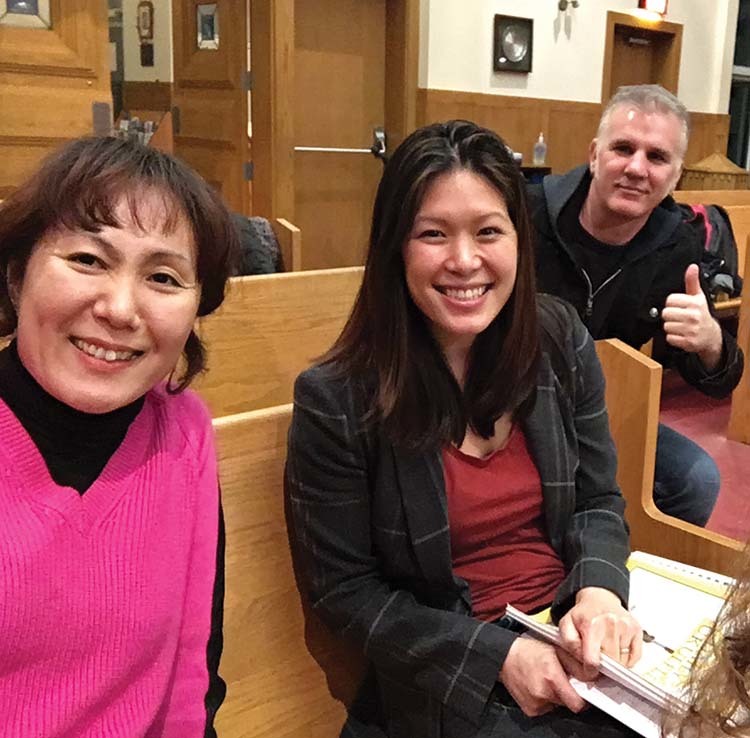 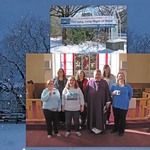 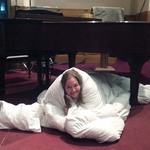 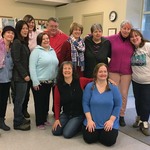 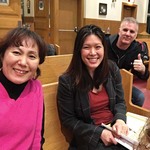 The second annual Long, Long Night of Hope took place on February 24, a chilly winter night when a dozen brave participants slept in their cars or on the floor of St. John’s, North Vancouver. They were there to raise awareness for the homelessness crisis in our community. Along the journey, those participants – many of them from the parishes of St. John’s and St. Catherine’s, Capilano– raised well over $17,000.00 for The Lookout Housing and Health Society of North Vancouver.

Homelessness is growing steadily, and many Canadians have opted to live in their vehicles as an alternative to either high housing rates or overcrowded shelters. The parish of St. John’s positioned in downtown North Vancouver and just a kilometre away from the shelter knew they had to do something to help.  In February 2017, The Long, Long Night of Hope was launched, with just seven participants. Using social media and emails to friends and family, those seven volunteers raised over $10,600.00 for the Lookout Society.

“It was important to us to reach outside the walls of the church to raise the money, to involve the entire community instead of just our parish,” said LLNoH coordinator Donna Lawrence.

Their peer-to-peer campaign allowed for each participant to set up their own fundraising page, set their own targets, and share their own journey with friends and family.  Donations poured in from all over the world, not just the North Shore.

Encouraged by the initial success, St. John’s ramped up their efforts in the second year.  From investing in LLNoH signage around the church, to sending out press releases and doing interviews, to recruiting North Vancouver/Lonsdale MLA Bowinn Ma as a participant, the campaign doubled its efforts and almost doubled the total raised.

“Having Bowinn Ma join us was a true gift! She actually spoke to the BC Legislature about The Long, Long Night of Hope, and asked everyone there to support her!” exclaimed Lawrence. “We have some amazing, tireless volunteers who truly gave of their hearts to raise money to help the homeless!”

Thanks to the funds raised by committed participants and generous donors, The Lookout Housing and Health Society of North Vancouver will be able to invest in long-term solutions to aid families in crisis.

The LLNoH team at St. John’s is already looking to 2019, and beyond, with hopes of the fundraising campaign growing bigger and better.  “From the very beginning we thought this could easily grow beyond our deanery (the North Vancouver Region). We would love to see other parishes and other deaneries matching up with their local shelters to raise money through their own Long, Long Night of Hope campaign.  We would be happy to help them get started!”

Follow along with The Long, Long Night of Hope on Facebook, or send your inquiries to LongLongNightofHope@gmail.com