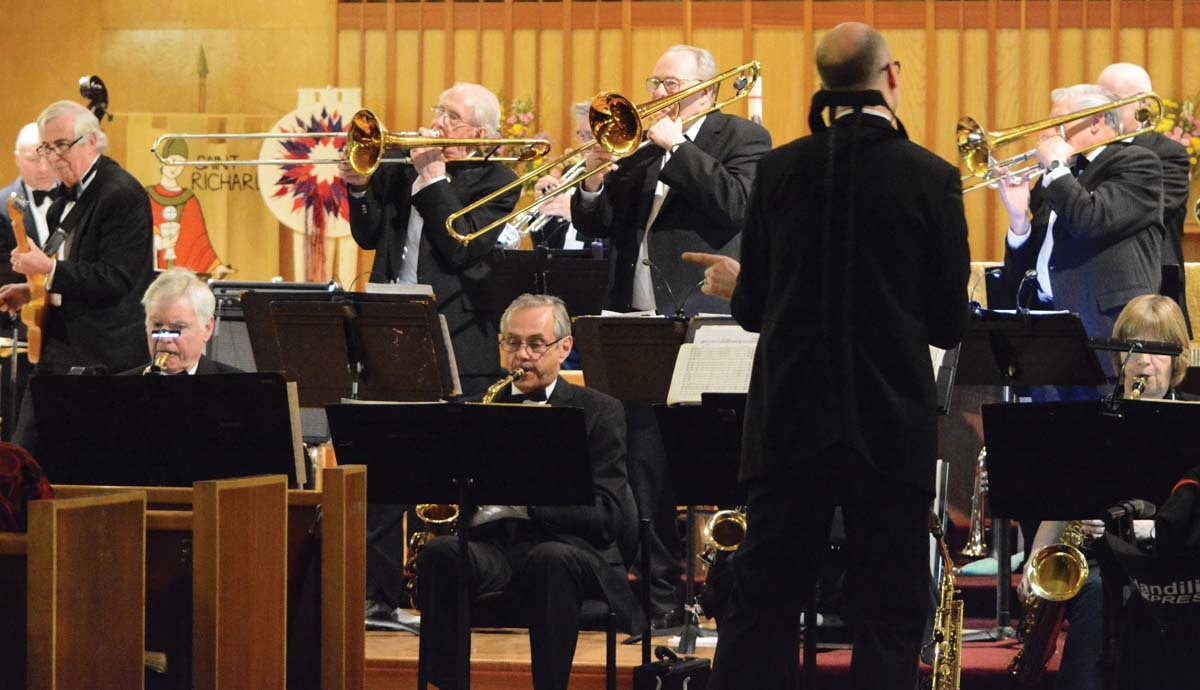 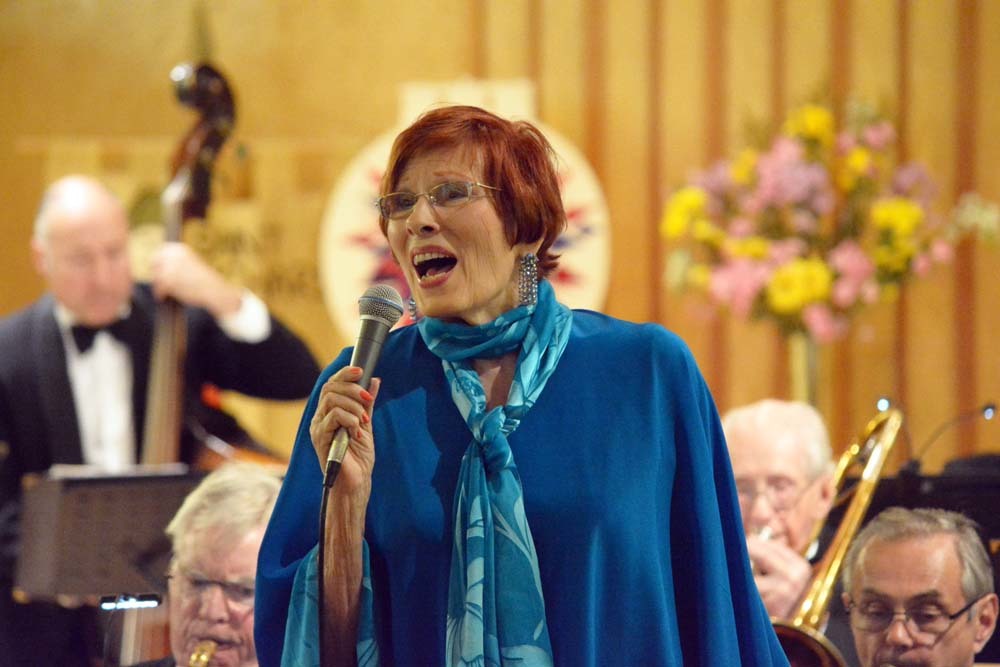 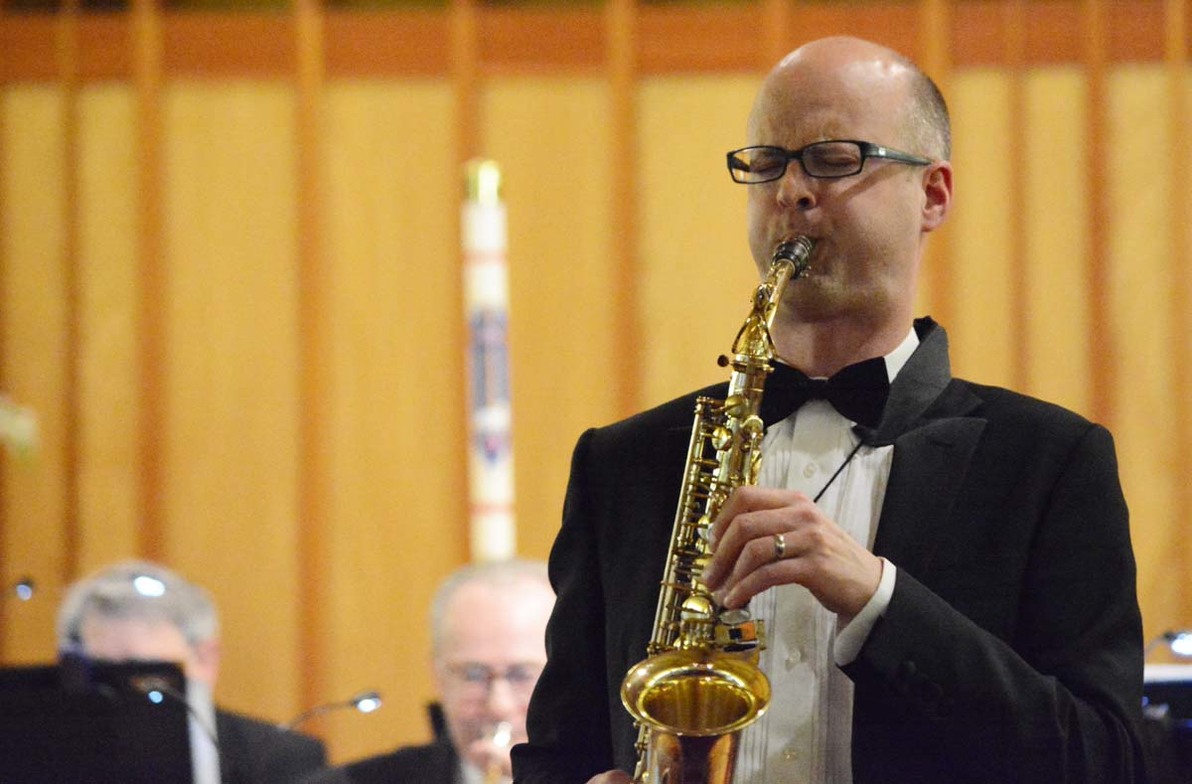 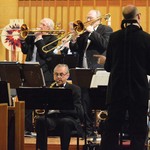 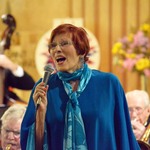 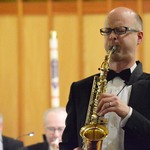 The sanctuary of St. Catherine’s, Capilano, nave and chancel was swinging to the sounds of The Milleraires Big Band the evening of April 25, 2017.

The Milleraires are no strangers to St. Catherine’s and nor is their bass trombonist, Anthony Dodd who has been a parishioner and in lay leadership at St. Catherine’s for many years. Anthony and the parish are enthusiastic supporters of Primate’s World Relief and Development Fund (PWRDF) and the April 25 concert was a fundraiser for that worthy Anglican initiative, and specifically the SOLAR SUITCASES project. Please click the link to read about the Solar Suitcases, a fabulous tool that helps ensure that babies are born safely.

“The band was formed in 1970 by Doug Miller, a West Vancouver resident and amateur musician, thus it became known as the "Milleraires".

The band's objective was to continue the presence of swing style music and develop musical ability of its members. The players were local amateur musicians. For many years, the band rehearsed weekly at Irwin Park School inWest Vancouver under direction of Bill Trussell, a talented and well knownprofessional musician. In 1993, the band changed its rehearsal facility to the West Vancouver Seniors' Centre. Under Bill's tutelage, the band significantly improved its performance capabilities.

Over the years, the band's original players have been replaced by others with similar musical preference. Many of its former and subsequent members are residents of the North Shore, with others located throughout the Lower Mainland. The band has an extensive library of swing music with some more recent jazz selections.”

I was only able to attend the first half of the concert but really enjoyed the opening set.  Following diocesan PWRDF Unit Chair Peter Goodwin’s opening address which included information about the Solar Suitcases project and sincere thanks to the organizers of the event, the band opened with the Glen Miller signature tune, “String of Pearls. “ But they also stretched out with a big band chart of Sonny Rollins’s be-bop classic “Doxy” which first appeared on the Miles Davis album “Bags’ Groove” in 1957. The band included some Count Basie tunes including “Whirlybird” and the Sammy Nestico penned “Hay Burner”.  After the solos section of one-hit wonder, Bobby Day’s 1958 “Rockin’ Robin” the brass sections stood up and executed some choreographed moves with their instruments.

Pianist Monica Siu contributed some vocals but The Milleraires do have a vocalist, Lorraine Foster and during the first half of the concert she performed “Summertime” from Porgy and Bess and also an upbeat swing arrangement of “Polka Dots and Moonbeams.”

Bandleader Kris Colvin is an excellent saxophonist. His alto solos were among the highlights of the first set and his intros and back selling of the numbers the band performed were entertaining and educational. You can check out Kris’s website.

There was good crowd of 80-100 people gathered in the pews of St. Catherine’s and the really good news is that more than $800 were raised for the PWRDF Solar Suitcases project.