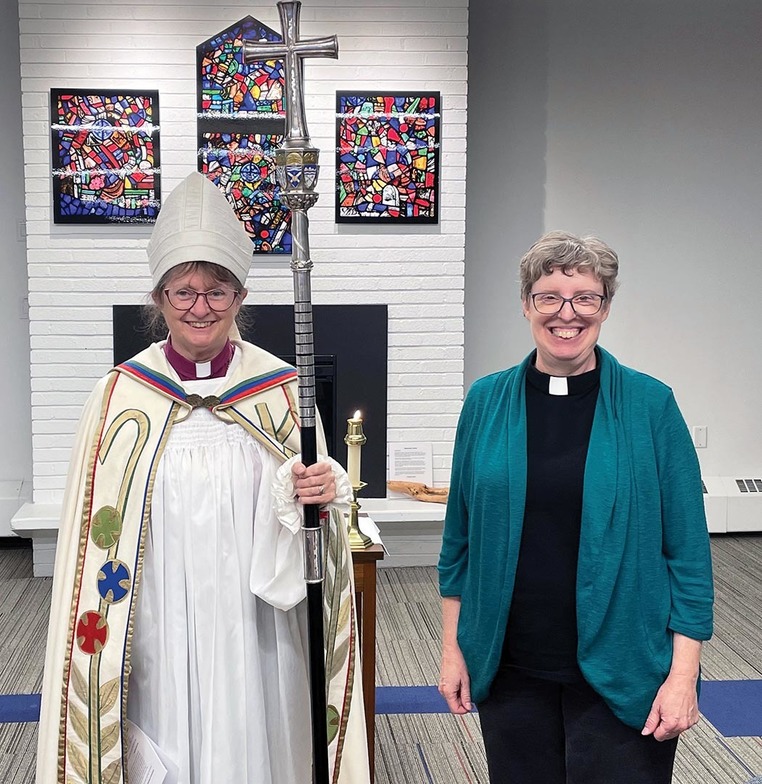 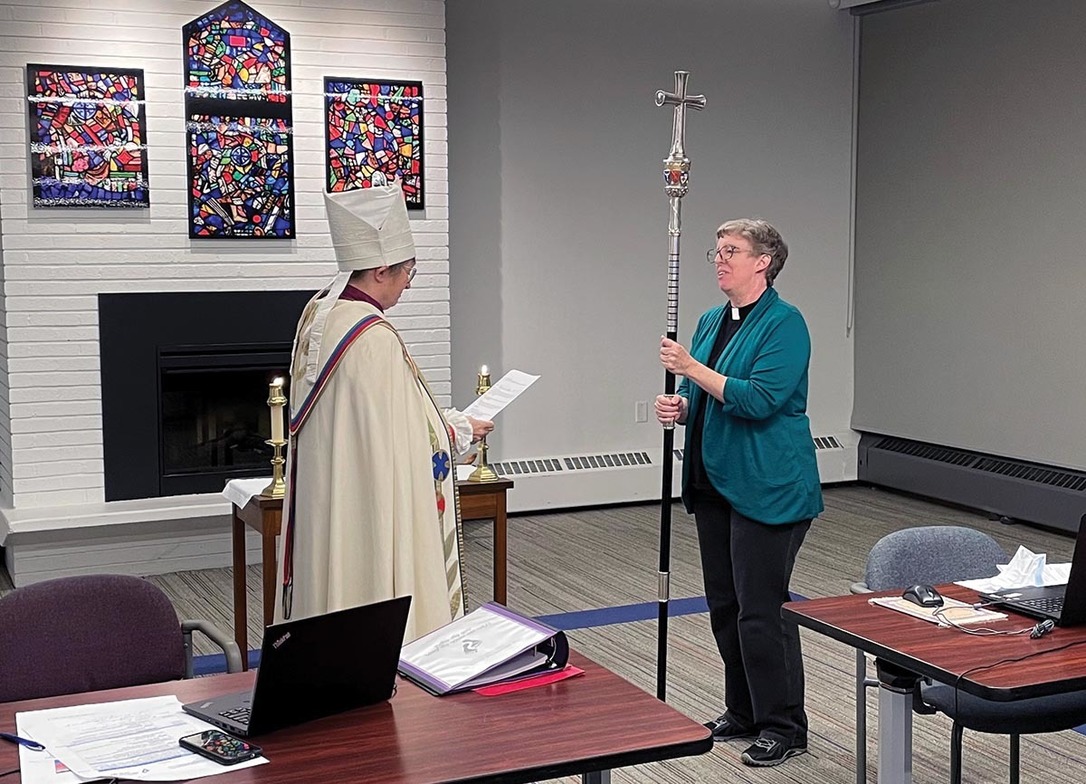 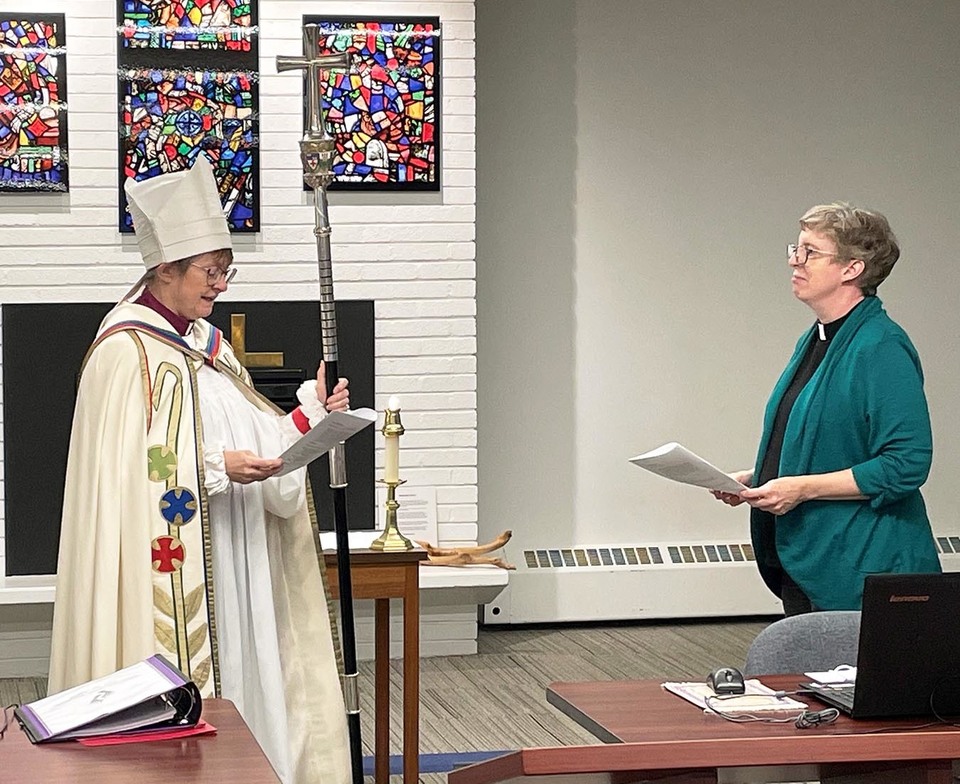 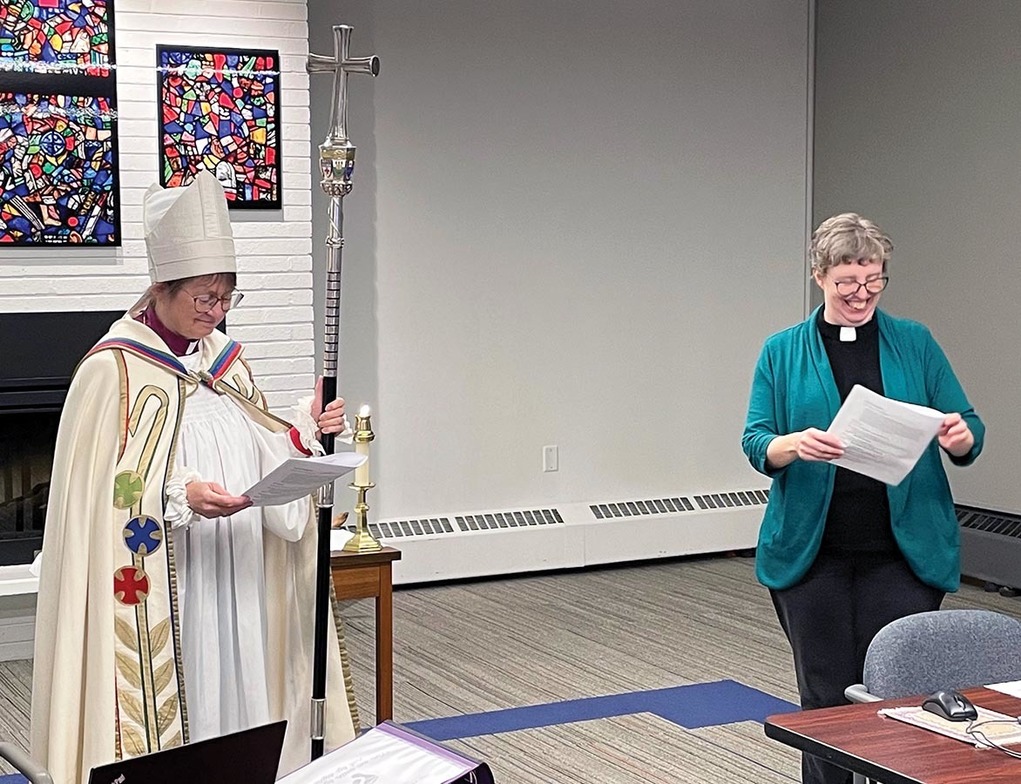 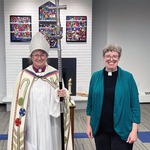 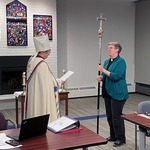 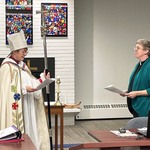 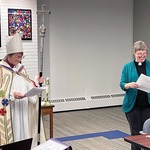 September 17-19, 2021, the 40th Synod of the Ecclesiastical Province of BC/Yukon, one of the four Ecclesiastical Provinces of the Anglican Church of Canada gathered online via Zoom. The Zoom meeting originated in the Trendell Lounge, the meeting space shared by the Anglican Diocese of New Westminster’s Synod Offices and the Parish of St. John’s, Shaughnessy at 1410 Nanton Avenue in Vancouver. The 2021 Provincial Synod theme was “For we walk by faith, not by sight,” Corinthians 5:7

A number of Synod members were present at Nanton Avenue, amongst them, the Metropolitan, the Most Reverend Lynne McNaughton and the Venerable Clara Plamondon, Prolocuter of the Ecclesiastical Province.

On the Friday evening, September 17, Archbishop McNaughton was officially installed as the 13th Metropolitan of the Province in a brief liturgy.

Archbishop McNaughton, who is diocesan bishop of the Diocese of Kootenay was elected Metropolitan by Provincial Synod, March 6, 2021, replacing Archbishop Melissa Skelton who had retired on February 28. Upon her election March 6, the Most Reverend Lynne McNaughton became Metropolitan with the honorific Archbishop, however due to COVID-19 and the many restrictions on gathering it was difficult to bring a quorum together for the official transferring of the metropolitical cross.

Many thanks to Elias Neto for the photos.