The Night After the 1918 Eucharist at St. Thomas’ 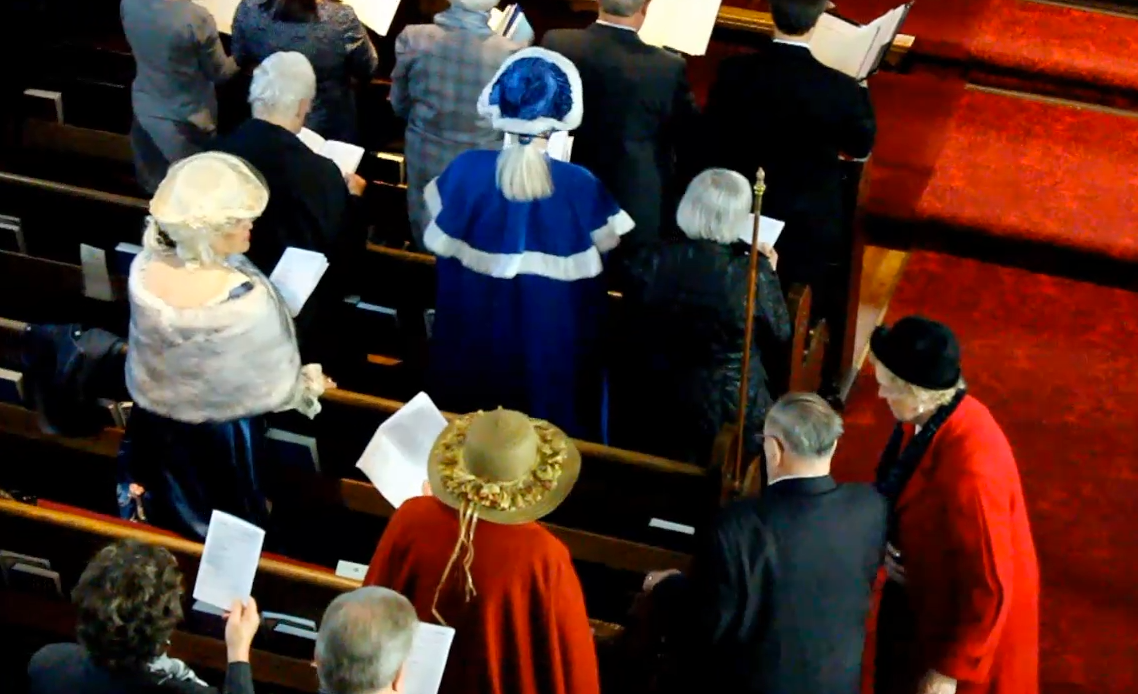 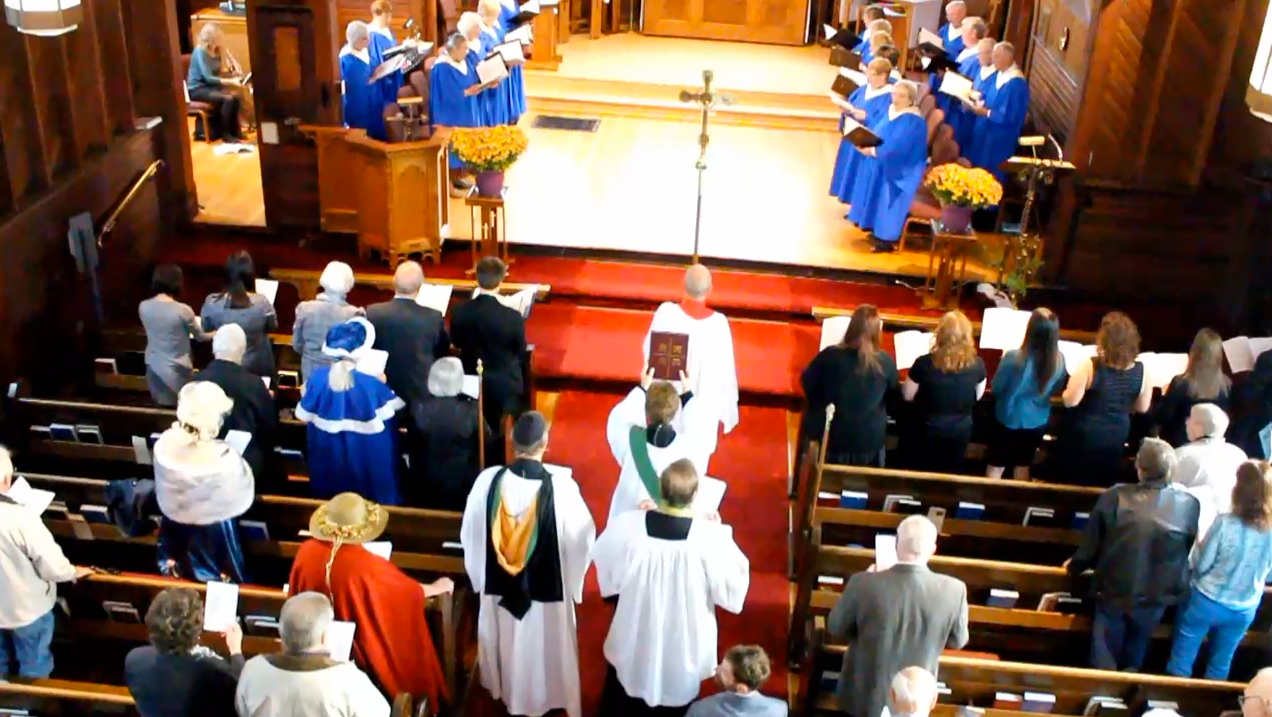 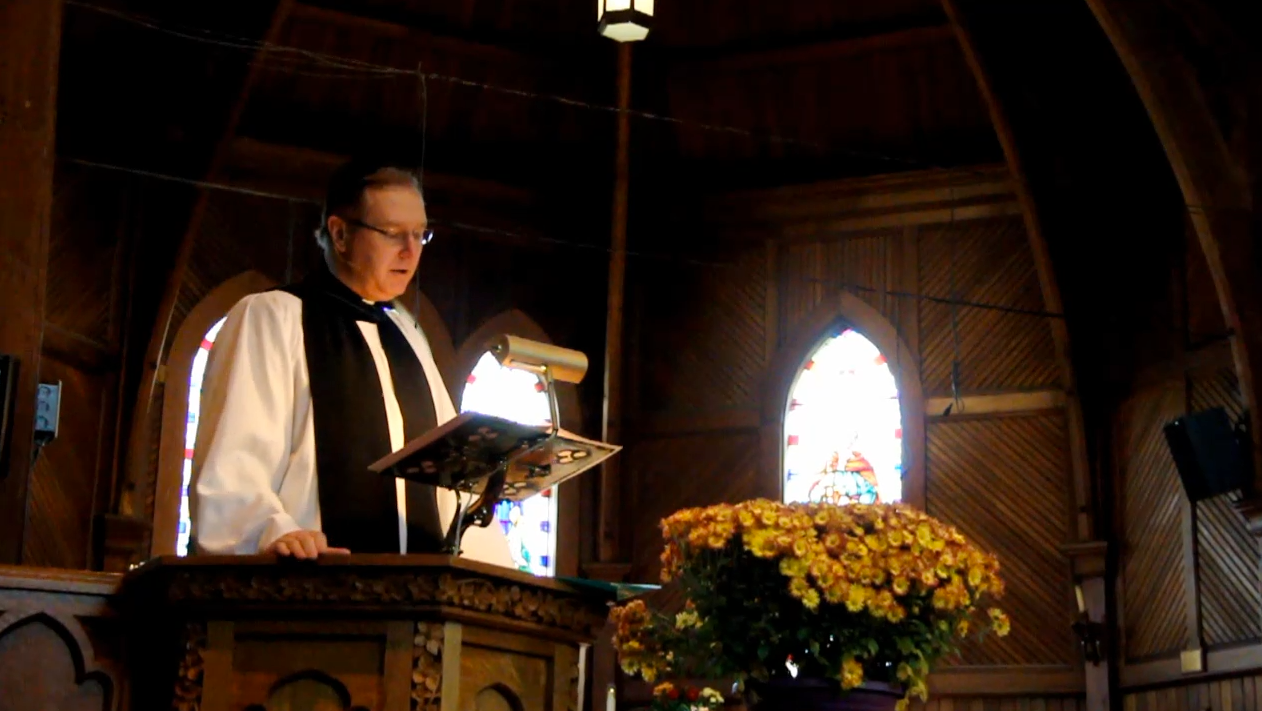 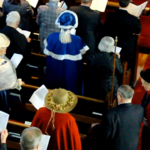 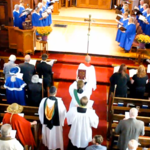 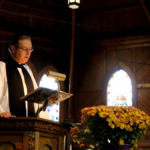 Monday morning, October 28th, 2013, I woke at 1:45 am to a phone call. It was our security company calling to say a fire alarm had been triggered in the church, and the fire trucks were already dispatched. I rushed into my clothes and out the door, thinking "It always goes off in gusty winds," but you never know. A fire at St. Thomas Church would be a devastating loss to us, and to Chilliwack.


A few English settlers held church in private homes until 1873, 140 years ago, when St. Mark's Church arrived at Chilliwack Landing from Port Douglas. It was a small, hand sawn church, first built about 1859. It arrived in pieces on four canoes. We are told it took seven weeks to put it back together, and to begin holding services. A parish was created by Bishop Hills, and the newly moved church and parish renamed "St. Thomas." That was our first church, located at Five Corners before there was anything but bush at Five Corners.

The church I raced to early Monday morning was our second, built in 1897, and moved to First Avenue in 1909. It is now one of the most precious and historical buildings in Chilliwack. St. Thomas was crafted of local wood, and there is wood everywhere inside. It is a great ship-like structure sailing over ranks of wooden seating. It would go up in flames in minutes, except that we do have sprinklers and a fire alarm system.

The fire truck was there when I arrived, and fire fighters just returning from walking around our two buildings. “Let’s go inside,” they said. And I led the way.
The fire chief was fine, he had been inside before, but the two fire fighters with him had never been inside St. Thomas, with its great arches and high ceiling. You could hear it take their breath away! And we found no fire anywhere.

“This morning,” I told them (meaning Sunday morning, October 27th) “we held a sung church service using the 1918 Edition of the Book of Common Prayer. There was a full house and wonderful music, with organist and choirmaster Dr. Rowland Amos; our own St. Thomas Choir; Director Paula DeWit and her choir Belle Voci; and Soprano Jane Perrett. The Venerable Douglas Fenton, Executive Archdeacon of the Diocese of New Westminster, preached. Our pipe organ's voice sang through everything.”


Tickets are available at the church office for the banquet, which will include entertainment.

Images: Top and homepage, the procession approaches the Chancel for opening of the 1918 Celebration of Holy Communion. Upper right, folks in period dress find their places in the pews. Lower left, the preacher for the liturgy, the Venerable Douglas Fenton.