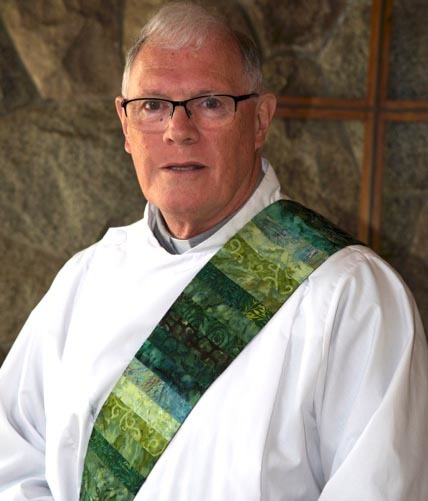 The Reverend Andrew Wilhelm-Boyles died peacefully on August 1, 2017 at the Vancouver Hospice.

Andrew was ordained by Bishop Michael Ingham, December 7, 2008 and appointed Deacon at St. Agnes', North Vancouver where he served until 2012. During his time in ministry, Andrew was the first to take on the role of Chair of the North Vancouver Regional Council formed to implement the Ministry Plan which was the result of the North Vancouver Deanery Ministry Assessment Process (MAP). He was Honorary Deacon at St. Catherine's, Capilano, 2012-2016. During this time he was a much-valued mentor for the North Vancouver Education for Ministry (EfM) group and up until the time he entered hospice he continued in his ministry as Diocesan Education for Ministry (EfM) co-Coordinator. At the time of his death he held the Bishop's license for ministry at Christ Church Cathedral where he was the coordinator of the Compline service. He trained clergy and servers from throughout the Diocese to offer this contemplative service with beauty and reverence.

Andrew was born in Belfast and first came to Canada as a teenager due to his father’s work with Beldam’s asbestos engineering company. The family returned to Ireland a few years later, but after training as a teacher Andrew returned to Canada to start his career. Prior to his ordination, Andrew lived in Newfoundland where he taught English and drama. After being hired by the CBC, he went on to manage the CBC station in Churchill, Manitoba, hosted national music programs from Winnipeg and Toronto, and worked as manager in CBC’s Northern Service. He then founded and managed the Yukon Arts Centre, and later went on to positions with the Royal Winnipeg Ballet, the Winnipeg Arts Council, the Saskatchewan Arts Board, and the Creative City Network of Canada. He was the executive director of the Greater Vancouver Alliance for Arts and Culture, and in 2009 he was named interim director of Ballet BC.

Choral Music and conducting were huge passions for Andrew throughout his life. He founded the Whitehorse Community Choir 25 years ago (it is still going strong) and since 2006 was the choral director of the Maple Ridge Choral Society. His CV as a director of music includes numerous church choirs, community choirs and musical theatre productions .

Nineteen months ago Andrew was diagnosed with lung cancer associated with childhood exposure to asbestos. He entered hospice care on Friday, July 21 and in the days that followed he was surrounded by the love of many - his wife, Carrie, his sister, Hazle, and many friends from the Diocese and elsewhere. On his final full day of consciousness, Bishop Melissa brought him Communion and he was also visited by Dean Peter Elliott. Last Sunday afternoon Compline was sung at his bedside by the Women's Schola of the Christ Church Cathedral Choir. Family and friends were present, and the gift was appreciated by many within earshot of Andrew's room.

Andrew is survived by his wife Carrie, his sister Hazle Boyles and her husband Stephen Richardson, and his brother Alastair Boyles and his wife Sally.

A Choral Eucharist - Celebration of Life for Andrew will take place at Christ Church Cathedral on Saturday, August 12 at 2pm.

Please remember Andrew, Carrie and their family in your prayers.