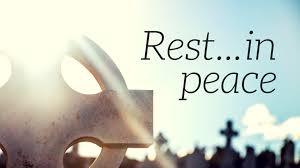 It is with sadness that we announce that the Reverend Donald Gordon died in the mid-afternoon of Wednesday, August 9, 2017. Don was born in Penticton, BC, December 2, 1924.

Following the receipt of a B.ASc in electrical engineering from the University of British Columbia, Don Gordon worked as an Electrical Designer with International Power Consultants in Vancouver from 1951-1958.

Answering the call to ministry, he enrolled in the Anglican Theological College (ATC) at UBC and after attaining undergraduate degrees he attended Trinity College, Toronto where he was awarded a Masters of Theology degree.

From 1967-1969, he relocated to the Diocese of Toronto where he served as Assistant Priest at St. Cuthbert, Don then moved back to the West Coast where he was appointed Incumbent of St. John, Port Moody with All Saints', Ioco. In 1973 his ministry took a different turn and he was appointed Registrar, Dean of Students and Anglican Chaplain at Vancouver School of Theology.

Don is survived by his wife, Carleen, his three daughters, Heather, Muriel, Christine and their families.

Please remember Don, Carleen, their family and friends in your prayers.