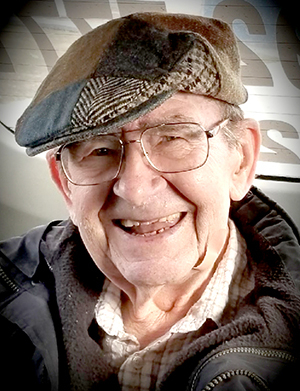 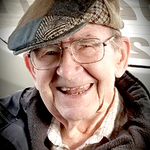 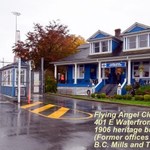 Born in County Kilkenny, Ireland, October 9, 1928, the Reverend Joe Parker, died at age 89 on Saturday, April 21, 2018, in Penticton BC. He is survived by his wife, Dorothy, son, Roger (an Anglican priest), daughter, Karen, grandchildren Andrew and Heather, and brother Lovell. He was predeceased by his son Stephen on July 21, 1972, who died while warning others of an unexploded car bomb in a residential neighbourhood of Belfast, Northern Ireland. Joe and Dorothy were very involved in establishing the Stephen Parker Trust which continues to this day funding an award for the City of Belfast Youth Orchestra.

Following a career in business, Joe studied Theology at Trinity College, Dublin and was ordained in 1962. He served his curacy at St Donard, Bloomfield, Belfast. He rejoined the Mission to Seafarers Society in March 1964, and was appointed as a Chaplain in Belfast in September 1964, serving until 1973. He was granted a sabbatical and founded the Witness for Peace Movement in Northern Ireland. Joe noted in the Vancouver Sun in May 1993 that:

“We held services for everybody, soldiers, IRA, everybody, all the dead… A lot of people in my own church didn’t approve of what we were doing. I was asked by my bishop if I would confine my peace activities to my day off.”

Joe was installed as Senior Chaplain of the Vancouver Missions to Seamen in March 1975, retiring in 1993. Joe and Dorothy were the last to live upstairs in the Flying Angel Club on Dunlevy Street.

Joe and Dorothy retired to Penticton in 1993. Joe had been in declining health for a number of years.

Donations in memory of Joe can be made to the:

Here is a link to where you can find out more about giving.