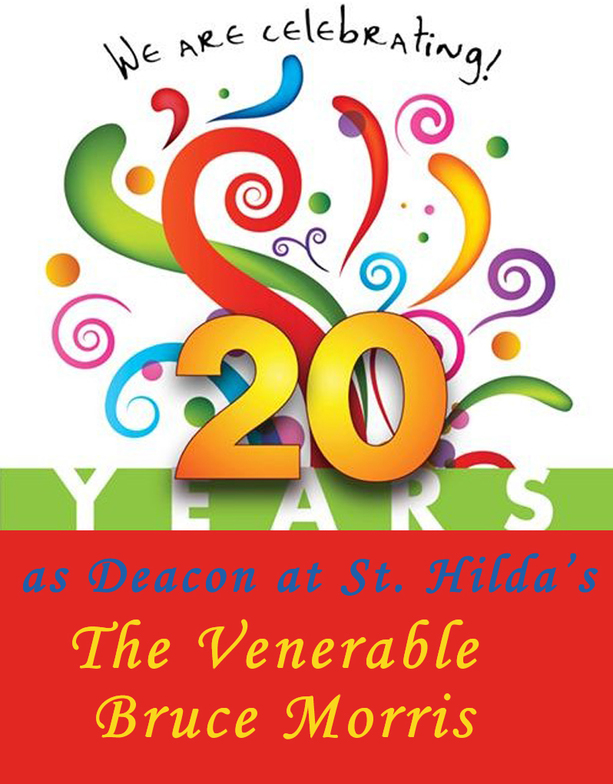 By the Grace of God, Bruce Morris was ordained as Deacon of the Church of God twenty years ago on June 18, 1995.  Bruce was among the first group of men and women who were ordained into the diaconate when the diocese of New Westminster renewed this oldest office of the church (described in Acts 6).  The Parish of St. Hilda-by-the-Sea, Sechelt celebrated Bruce's 20 years of ministry among at St. Hilda's and in this Diocese on Sunday June 21 for the way he faithfully models the servant ministry of Christ to us.  During this joint worship service, the mutual ministry covenant between Bruce, the parish of St. Hilda's, and the Diocese was renewed.  The Parish also presented to Bruce, as a special gift, a handcrafted cope made by the parishioners, as a symbol of Bruce's new role as the Archdeacon for Deacons.  After the service everyone present celebrated with Bruce at a sit down luncheon buffet.