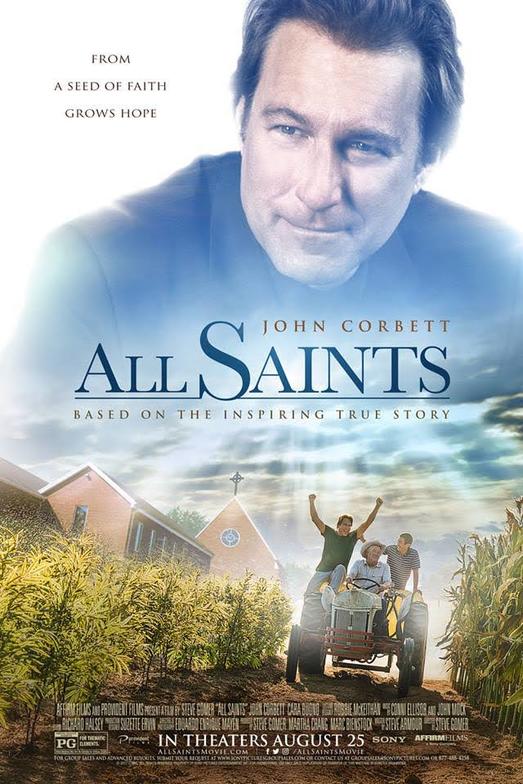 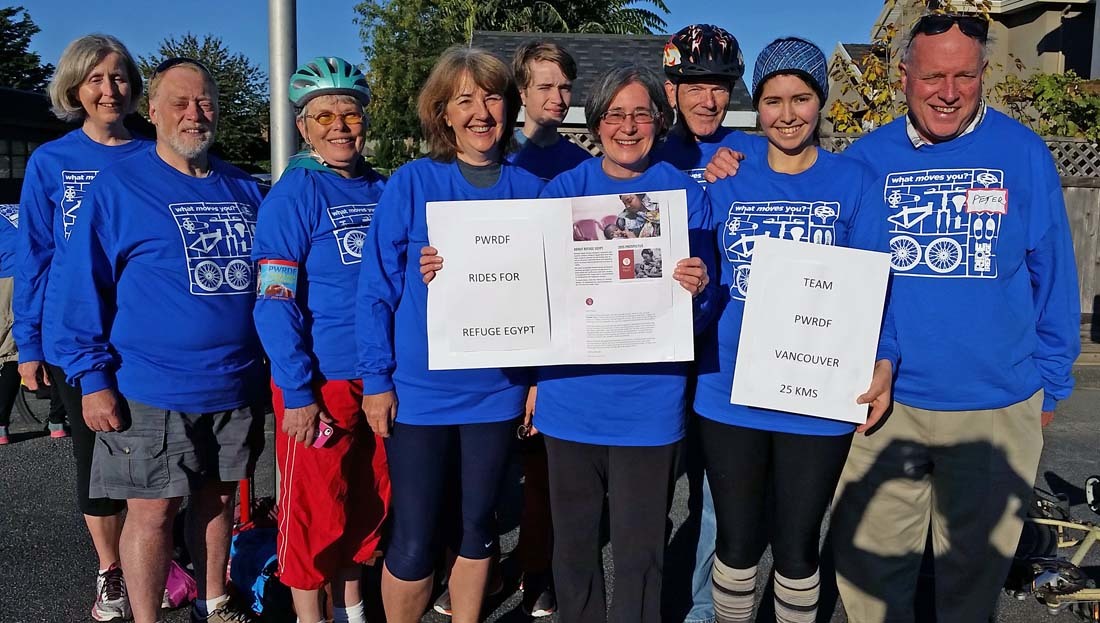 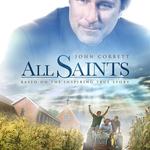 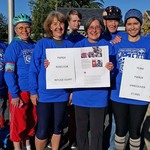 JOIN US, GET INVOLVED, OFFER YOUR SUPPORT !!!

The Primate’s World Relief and Development Fund (PWRDF) is again participating in Ride for Refuge. Team PWRDF Vancouver will be riding 10, 25, and 50 km routes and walking the 5 km route in Richmond. Last year, St. John the Divine, Maple Ridge established the “Divine Dashers” and rode the Fort Langley route and may do so again this year. As an alternative to participating with an existing team along the organized routes you may also plan your own parish Ride for Refuge event.

This year funds raised will be directed to PWRDF partner CCM be Pemba, a credit cooperative organization in Mozambique, which provides a safe place for women to keep their savings and access low-interest loans for small businesses. Profits are reinvested in their businesses and in their families allowing for access to potable water, food, shelter, clothing, and education. Adult women, almost 70% of whom are illiterate, learn to read at night school. Women are empowered to become full partners in decision making for their families and their communities as a whole.

Thanks to the generosity of an anonymous donor to PWRDF every dollar raised will be matched to a maximum of $30,000 which is the fundraising goal set by PWRDF. Currently the number of women being supported by PWRDF is 50. Achieving the target of $30,000 will result in the number being increased threefold to 150.

The August 9th story of the PWRDF website, entitled “Ride for Refuge Beneficiary Gives Women a Chance to Thrive” describes the transformative impact loans have had on the lives of women and their families.

To become involved in Ride for Refuge either as a rider or supporter visit the Ride for Refuge website ‘www.rideforrefuge.org’. Team PWRDF would welcome new riders. To customize your own event contact Cheryl Denomy, PWRDF Donor Relations and Fundraising Coordinator at 1-866-308-7973 extension 306 or by email.

For further information you may contact Peter Goodwin, Diocesan PWRDF Unit chair and captain of Team PWRDF Vancouver by email or by phone, 604.929.6143.

PWRDF is proud to be supporting the release of a new Hollywood film called All Saints, released by Sony Pictures and starring John Corbett (My Big Fat Greek Wedding, Northern Exposure).

The film is based on a true story and follows Michael Spurlock (Corbett), a corporate salesman-turned Episcopalian priest whose first charge is All Saints, a quaint country church in Tennessee with only a dozen members. His assignment is to close the doors of the struggling church for good and sell its prime real estate. But when the church begins welcoming Karen (kuh-REN) refugees from Burma—former farmers looking for a fresh start in America—Michael feels called to an improbable new mission. Working alongside the Karen people, the congregation attempts to turn their fertile land into a working farm to pay the church’s bills and feed its newest people.

PWRDF has been supporting Karen refugees living in camps along the Thai-Burmese border for 17 years through DARE, an addiction recovery program.

In 2009, members of the Diocese of New Westminster were instrumental in sponsoring two Karen families, helping them begin their new lives in Canada and reuniting them with family in Surrey.

As many know PWRDF supports refugees and displaced people around the world and in Canada through their network of Sponsorship Agreement Holders (SAHs). We are pleased to take part in sponsoring the film’s Canadian release.

On August 13, PWRDF Unit members attended an advance screening of the film. Here is a brief review from the Reverend Margaret Marquardt

All Saints’ is based on the true story of a newly ordained Episcopalian Priest (The Rev. Michael Spurlock) played by John Corbett and it was filmed at the actual church of All Saints, Tennessee.

The Priest, sent to close down this small parish finds he can’t turn away from the Karen community (from Myanmar S.E. Asia)  of refugee families who’ve settled in the parish area. The deep faith and reality of the lives of the Karen people changes the Priest, the parish, the wider community and the diocese.

It’s a story of hope and struggle, highlighting the leadership and courage of the Karen people, the Priest and the parish as they find a way forward. It’s a film that doesn’t sugar coat the real struggles of a small parish and a diocese. Because of this, we see something powerful emerge as  a community forms in the seeking of God’s direction and living into it.

I came out of the film with hope for what a small group of people can do when they tackle difficulty, work together, take courage , trust God, and step out in faith using their gifts  to  make a difference in their community. It is surprising what transpires out of this!