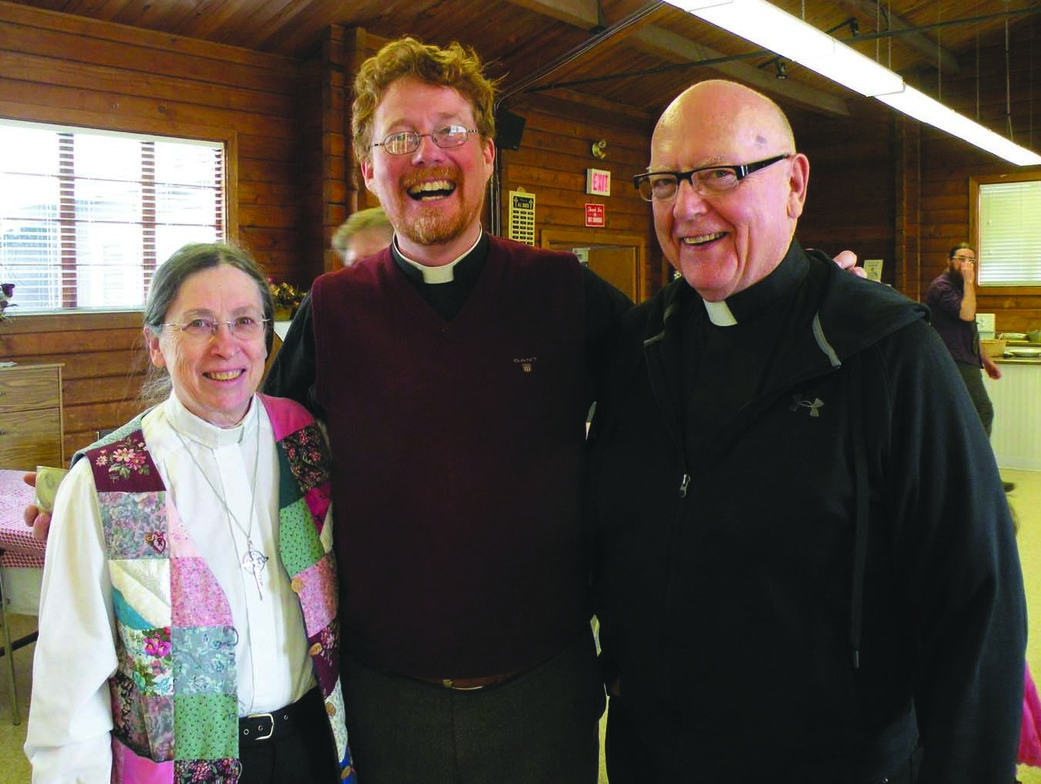 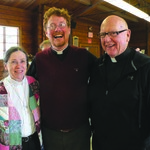 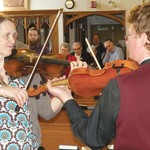 Sunday, February 15th, saw parishioners from Christ Church, Hope join the All Saints', Agassiz congregation to celebrate the 50th Anniversary of the inauguration of the National Flag of Canada and the Feast of Saint Valentine. Sixty people of all ages gathered in the Hall for a Pot-luck luncheon and time of fellowship.

Our iconic red and white flag with a single red maple leaf at its centre was designed to reflect a modern Canada, looking towards its future, but ever respectful of its past. It was unveiled by Lester B. Pearson, then Prime Minister of Canada, on Feb. 15, 1965 and was flown for the first time from the Parliament Buildings in Ottawa on that day.

The Feast of Saint Valentine, is an official feast day commemorated on February 14th across most of the Christian Church including the  Anglican Communion and the Lutheran Church.  Valentine was a Roman Priest at a time when emperor Claudias the Second persecuted the church and prohibited the marriage of young people. Because Valentine secretly married Christian couples he was eventually captured in 269 AD; imprisoned, tortured and martyred for performing marriage ceremonies against the command of the Emperor.

Since January, All Saints’ has been fortunate to have Father Daniel Westin, his wife Rebecca and their children worshipping with the All Saint’s community. They live Sweden and will be in Canada until June 2015. Father Daniel is from the Swedish Lutheran Church and Rebecca is a doctor of veterinary medicine at present working at the Research Centre in Agassiz. They are both accomplished violinists.  As well as offering an uplifting sermon Father Daniel accompanied local musician, Sandra Bower for several hymns and Rebecca also joined him in sharing their gifts of music at the Holy Eucharist Service that day.

At the luncheon that followed, the violinists had us tapping our feet to Swedish folk music.

It is a great blessing to get together with our sisters and brothers from Christ Church, Hope a few times a year. We are looking forward to our next ‘visit’.

By Monica Gibson-Pugsley, All Saints’, Agassiz