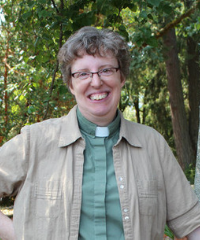 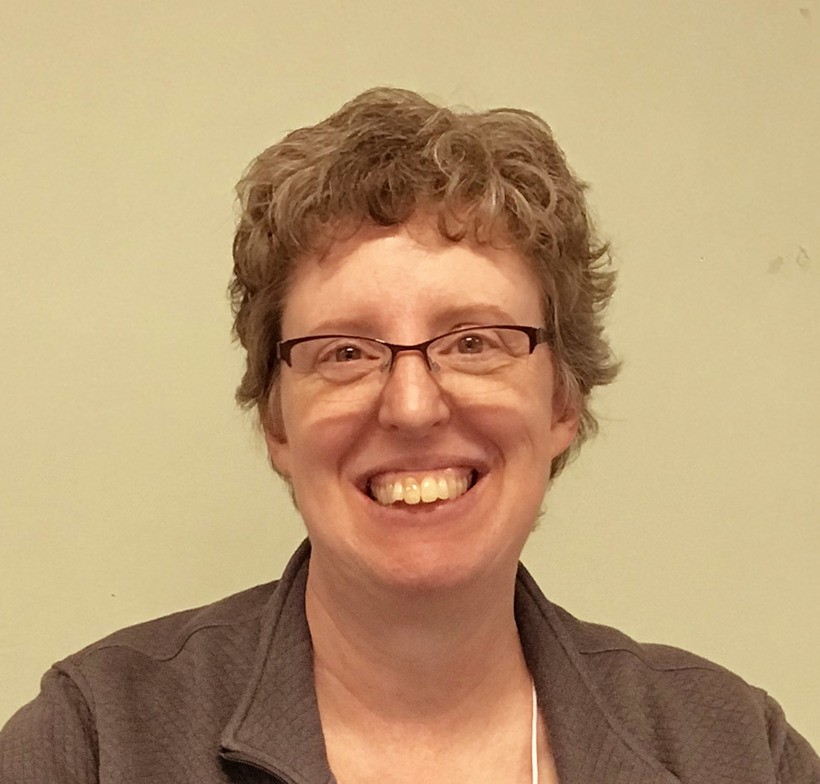 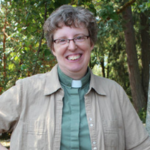 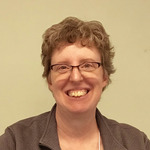 Vancouver School of Theology has named The Venerable (Archdeacon) Clara Plamondon as the 2020 recipient of the Thoughtful, Engaged and Generous Christian Practitioners (T.E.G.) Award, established last year by VST to recognize leading practitioners in Christian ministry.

Clara is a VST graduate, class of 2013, who has excelled in both congregational, regional and national leadership.  Along with her role as archdeacon of Cowichan/Malaspina, Clara serves as Incumbent of the parish of St. Paul Anglican Church in Nanaimo. She is also on the Executive Committee (Prolocutor) of the Ecclesiastical Province of BC & Yukon and until recently served on the Council of General Synod of the Anglican Church in Canada. She is a member of Diocesan Council and sits on various committees including the Diocesan Ministry Discernment Committee and Vision Grant Fund Committee.

“Along with another VST alum, Rev. Selinde Krayenhoff and another colleague in the Nanaimo area, Clara has taken the lead in organizing area churches to provide ecumenical programming. An example of that was the excellent attendance at the VST Academy weekend just finished where people from Anglican, Presbyterian, Orthodox and Roman Catholic churches from a wide area around Nanaimo gathered to learn together.”

“Clara is the kind of leader you would wish to serve alongside in any capacity.  She is ready to share in the work of the church making thoughtful and articulate contributions to often complex matters. She is generous with her time, despite her commitments to her parish and diocese and is generous of heart in her relationships with others. Clara’s wisdom and perspective are highly valued by all members. Robert Hovda’s, “Strong, Loving and Wise” describes the presider at worship, the kind of leaders the church needs today, and an appropriate description of Clara Plamondon.  She would be a worthy recipient of VST’s leadership award and be a fine ambassador for the School’s reputation.”

“Clara excels at cultivating strong networks within her faith community and at creating partnerships with other faith communities. Clara is a leader who brings a balanced dimension as both pastor and prophet to her work. She is greatly respected by those she works with as an archdeacon in the diocese, as prolocutor of Provincial Synod and in her previous role as a member of the Council of General Synod. Clara integrates well her knowledge of scripture, theology and ministry. Those she leads benefit from both her direction and the questions she asks. Clara is discrete in how and when she speaks, but when she does speak, you are inspired to listen. Clara receives this as she is thoughtful, engaging and generous in her leadership and spirit.”

Clara’s leadership was recognized and supported by the Diocese of Islands and Inlets (Diocese of BC) when Bishop Logan McMenamie appointed her archdeacon of the Cowichan/ Malaspina region in August 2018.

Clara was ordained in the Diocese of British Columbia in 2013, serving first as deacon-in-charge and shortly after, as incumbent. Since her ordination, she has served as the representative of our diocese at Provincial Synod and is a member of the Council of General Synod. She also currently serves as a regional archdeacon and is a mentoring chaplain on the diocesan ministry discernment team.

About the T.E.G. Award
The VST Principal’s T-E-G Award is an expression of VST’s stature in the wider community, with a strong and growing reputation for leadership development, innovation and change. It is not restricted to alumni or affiliates of VST.

This award is intended to have a continuous presence in the community, through the annual support of its founding donors and others who also recognize the importance of the VST Principal’s T-E-G Award.  VST is grateful to accept annual contributions and those earmarked to endow this award to ensure its continual presence and acknowledge the outstanding contributions of Christian leaders.

Nominations for the 2021 VST T.E.G. Award are welcome. They should be received by November 30, 2020. The award is open to all full-time ministry leaders within the first ten-years of full-time employment. Candidates will be known for their exemplary leadership and contributions in Christian ministry for the 21st Century, reflecting the virtues of thoughtful, engaged and generous in keeping with the mission of VST.  Nominations should be directed to the VST Principal. Successful recipients may receive this award once.

About VST
The Vancouver School of Theology’s primary mandate is to educate and form thoughtful, engaged and generous Christian leaders for the church in the 21st century. Among theological schools, VST is viewed as a change agent and an innovator for the church.  As an affiliated college of the University of British Columbia, VST is now ranked 31st globally, placing it among the top 10% of all theological schools. VST is also in the top 10 most improved theological schools. VST was also recently recognized by InTrust as one of six theological schools taking bold actions to confront the radically changing academic environment. The Vancouver School of Theology welcomes students from many Christian communions, other faith traditions and Indigenous communities, while celebrating its core relationships with the Anglican Church of Canada, Presbyterian Church in Canada and United Church of Canada.

The Vancouver School of Theology acknowledges that the land on which they are located is the traditional, ancestral, and unceded territory of the xwməθkwəy̓əm (Musqueam) People.