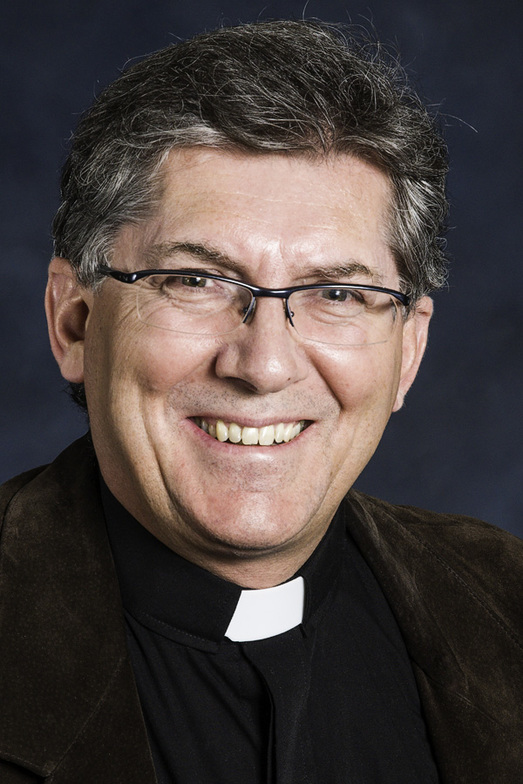 Vancouver School of Theology (VST) is pleased to announce the appointments of the Venerable Grant Rodgers and The Rev. Dr. Canon Travis O’Brian.  Archdeacon Rodgers has been appointed the Director of Anglican Formation, and Rev. Dr. Canon O’Brian has been appointed the Director of Anglican Studies. Together they will share the work of preparing student candidates for ministry in, and to the Anglican church.

The Venerable Grant Rodgers has served as a priest of the Anglican Church for 34 years. He has a B.A. from the University of Saskatchewan and an M.Div. from the College of Emmanuel and St. Chad. He has also trained as a Spiritual Director, and is a graduate of the Pacific Jubilee Programme. Grant has twice been elected to General Synod, has served as a university chaplain, and several times as a Regional Dean. He has also supervised numerous student interns, lectured in a lay school of theology, chaired many diocesan committees, mentored in the Education for Ministry programme, and taught innumerable courses in various aspects of Christian formation in parishes of three dioceses.

In the diocese of New Westminster, Grant is currently rector of St John’s, Port Moody, and Archdeacon of Lougheed Archdeaconry. He also chairs the Ecumenical and Multi-Faith Unit (EMU) of the diocese. Grant will continue in his current diocesan ministry as he takes on this new role at VST. Grant is married to Sue, who recently graduated from VST and is serving in the United Church.

The Reverend Canon Dr. Travis O'Brian has a Bachelor’s Degree in Philosophy and English from the University of British Columbia. He earned both his Masters and Ph.D. degrees in Philosophy from the Higher Institute of Philosophy (Hoger Instituut vor Vijsbegeerte) at the Katholieke Universiteit, Leuven in Belgium. His doctoral thesis was written on the Danish philosopher and theologian Søren Kierkegaard, and most of his academic publications have been in the area of Kierkegaard studies. Travis has also studied at McGill University, Wycliffe Hall (Oxford), and finished his preparation for ordination at Vancouver School of Theology.
Travis will remain rector of St. Barnabas Anglican Church, in Victoria BC St Barnabas is a parish that for 125 years has worshipped and practised in the Anglo-Catholic inheritance of Christian witness. Before serving at St Barnabas, Travis served at Christ Church Cathedral, Victoria. Travis was an active member of the Diocesan Ministry and Resource Team for the Diocese of B.C. Over a five year period, the DMRT studied the diocesan parishes and regions before making recommendations toward a spiritual and material transformation of the Diocese, later helping to implement those recommendations. Travis has in the past served as a member of the Board of Governors of Vancouver School of Theology. In his spare time, Travis pursues his love of literature through the writing of poetry. He currently has a manuscript under review. Travis is married to Jasmin, who is the Community Minister at St Barnabas. Together they have four children.
PHOTO: The Venerable Grant Rodgers
Photo by Wayne Chose
Diocesan Ministries
Related Groups