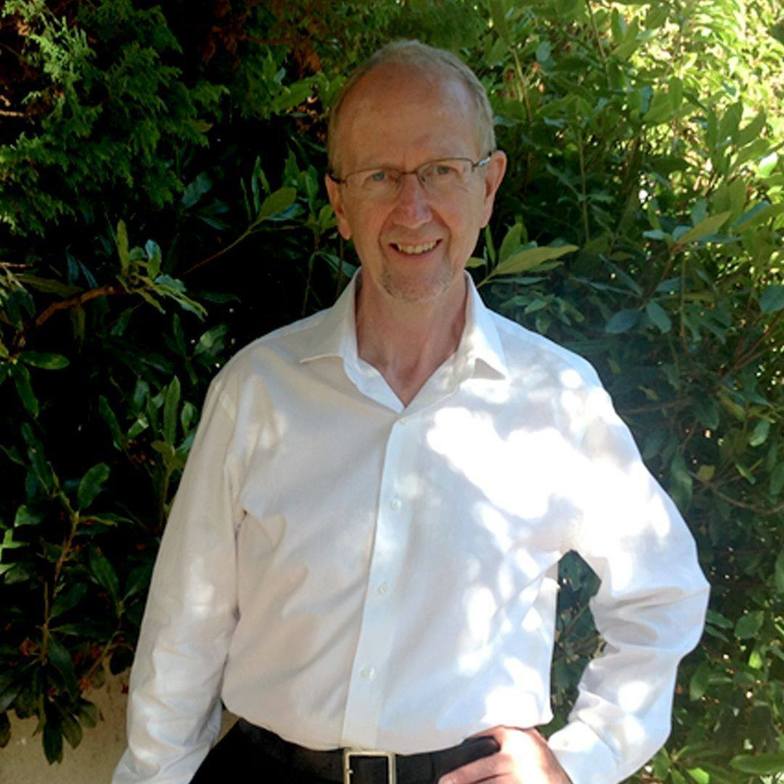 The Vancouver School of Theology is delighted to announce that Rupert G. Lang has been selected as its 2021 Honorary Doctor of Divinity recipient.

Rupert Lang holds a Bachelor of Music with Honours from the University of Manitoba, an M.A. (Music) from the University of Cambridge, St. John’s College (studying with George Guest, Gillian Weir and John Scott) and the Archbishop of Canterbury’s Certificate in Church Music, The Royal School of Church Music. He also holds Diplomas from The Royal College of Music and Royal College of Organists.

In addition to serving as the Director of Music and Organist with Christ Church Cathedral in Vancouver, since 1986, Lang is the Founding Artistic Director of the Vancouver Children’s Choir. His conducting and choral work, musical composition and performance as an organist have attracted national and global recognition. His many compositions have been published by Boosey and Hawkes, and recordings of works from around the world can be found on YouTube and a variety of streaming music services.

The outpouring of acknowledgements of Rupert Lang include:

"Rupert Lang is one of those rare Anglican composers and musicians who can do it all: compose congregational choral music that is both complex and singable, play the organ Sunday after Sunday in a way that supports the spiritual life of congregants with excellence, and lead a choir Sunday after Sunday whose singing both sends chills down the spine and makes one feel utterly at home in the Church. We in the Diocese of New Westminster have looked to Rupert to show us what the best of our Anglican musical tradition looks like and sounds like. It is a tradition that avoids a simple-minded view of the Divine while embracing holy simplicity. It is a tradition that inspires the soul, enlightens the mind, and, through the gift of music, confidently leads us into an experience of our oneness in Christ."

Metropolitan of the Ecclesiastical Province of BC and Yukon, and Archbishop of the Diocese of New Westminster 2014 to 2021

"Not since Healey Willan has Canada known such a prolific composer of church music nor a church musician whose work is so widely appreciated. Bridging two centuries, Rupert’s compositions possess the unusual quality of being very rooted in their time yet transcending that to join with the classical treasures of the Anglican choral repertoire. As a Cathedral Director of Music and Organist, he combines a deep sense of pastoral care with liturgical sensitivity. In every way his ministry as a church musician is outstanding."

Dean of the Diocese of New Westminster, and Rector of Christ Church Cathedral, Vancouver, BC 1994-2019

"Rupert is a gifted organist, composer, and conductor – and in the years that Rupert has served as Director of Music at Christ Church Cathedral in Vancouver, BC, he has established the Cathedral as Vancouver’s finest setting for traditional worship music both in the city and across western Canada. In fact, the Cathedral Choir has received numerous awards over the years affirming their status as one of Canada’s leading amateur choirs. Yet, it is Rupert’s skill as worship leader that sets him apart in an elite class of church musicians. Rupert’s choices of liturgical music, choral anthems, hymns, organ settings, descants, chants, introits, and postludes – and the execution of them – are transportive, and are spiritually transformative on both aesthetic/emotional as well as intellectual levels. This feature of Rupert’s work and service is what distinguishes his contribution to the church, and which characterizes his dedication and contribution to the Anglican Church of Canada."