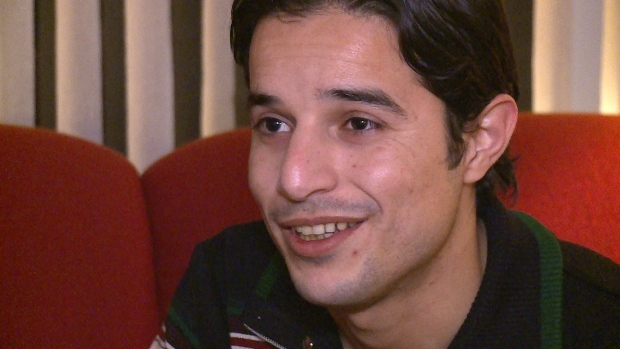 Many thanks to Mohammed Alsaleh who has circulated a link to folks from St. Alban's, Burnaby and the Diocese of New Westminster that leads to the 19 minute documentary film made last summer. In his email he wrote:

" During the summer, I worked on a documentary to tell a story about the Syrian resettlement movement. Using my personal experience as a former refugee, combined with my professional insights, we created the short-film "Welcome to Canada" which was just premiered by The Atlantic.  Thanks St. Alban's and the Anglican Diocese of New Westminster for your assistance in the privately sponsoring my family to join me in Canada."

Click this link to visit The Atlantic magazine's video site.

The precis about the film on the Atlantic site written by Nadine Ajaka is as follows:

Mohammed Alsaleh was born in Hasakeh, Syria, in what he describes as a diverse and accepting town. While he was finishing his medical studies in Syria, the war began. Alsaleh faced torture and imprisonment by the Assad regime, and was ultimately granted asylum in Canada. “It's really hard to explain the reality on the ground in Syria,” he says in this short film. “Syrians are just caught up in the middle of this nonsense and chaos.” His new life in Vancouver includes assisting newly-arrived Syrian refugee families resettle, find new homes, and begin again.