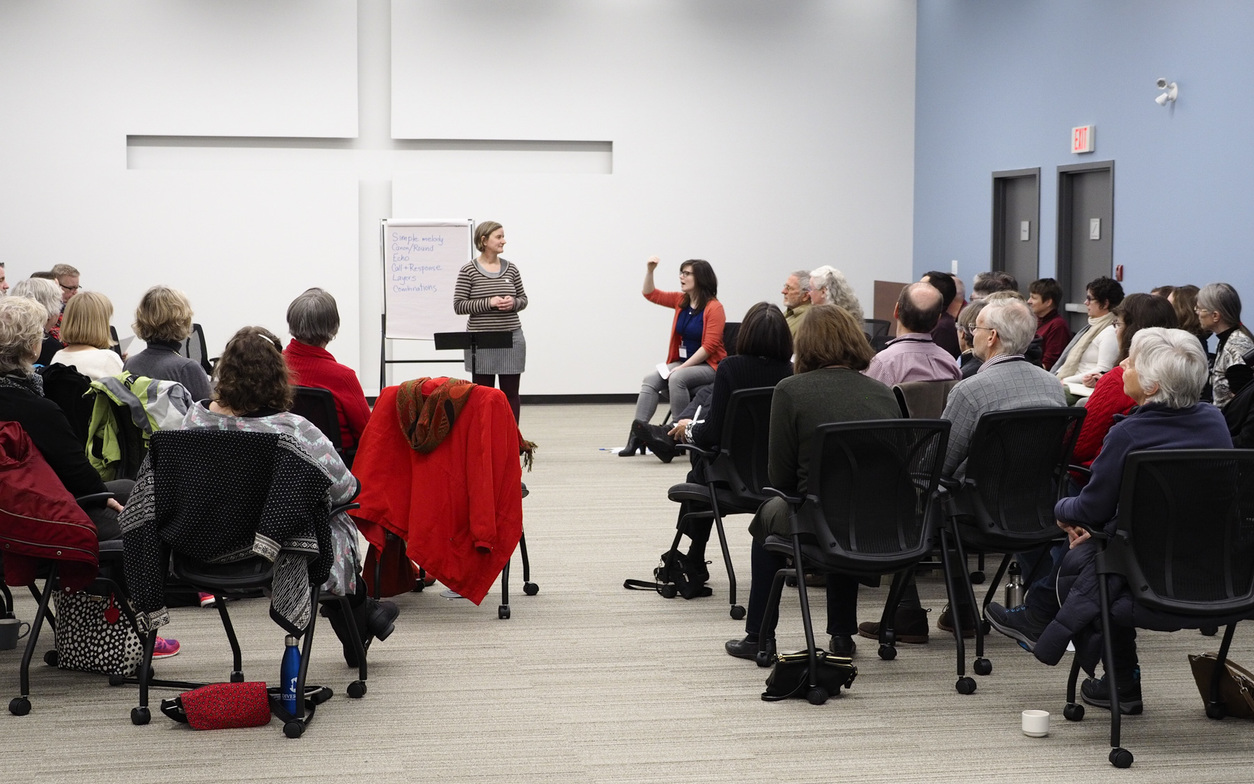 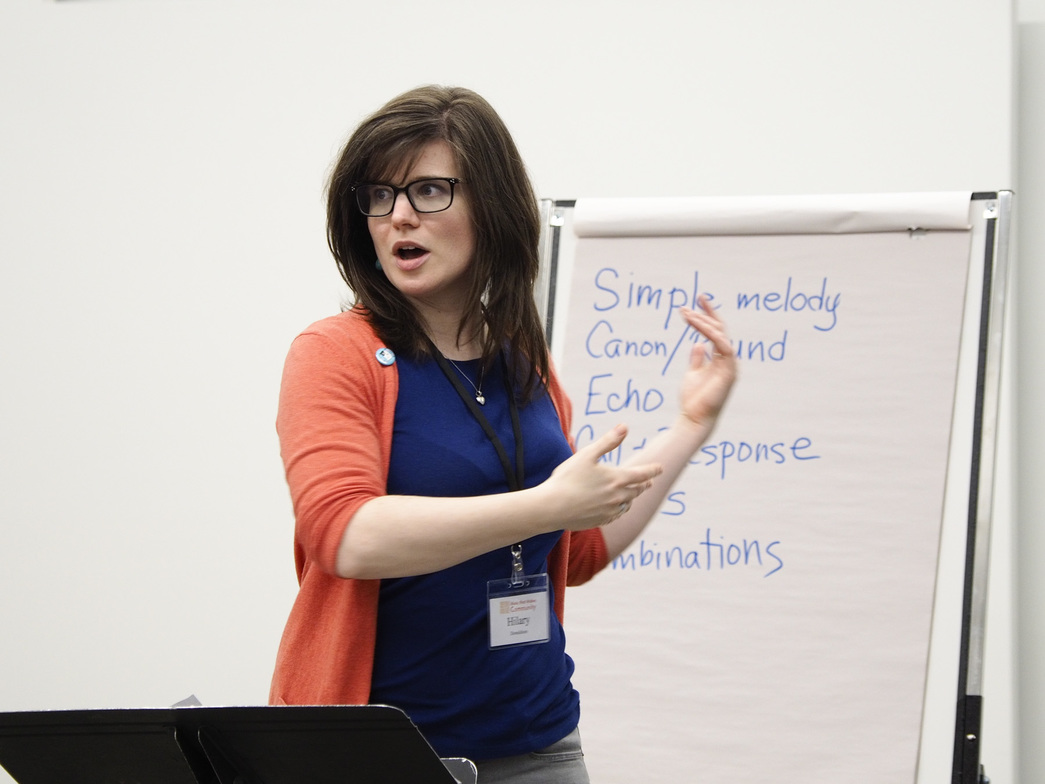 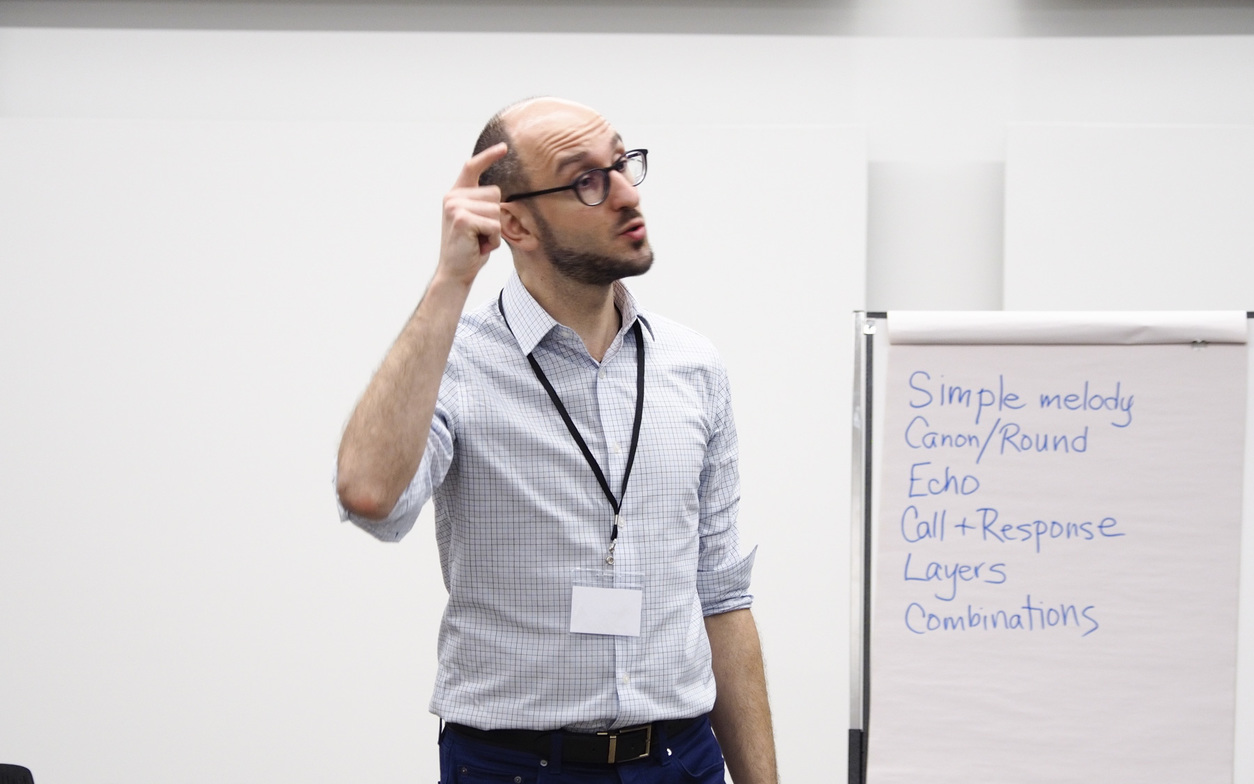 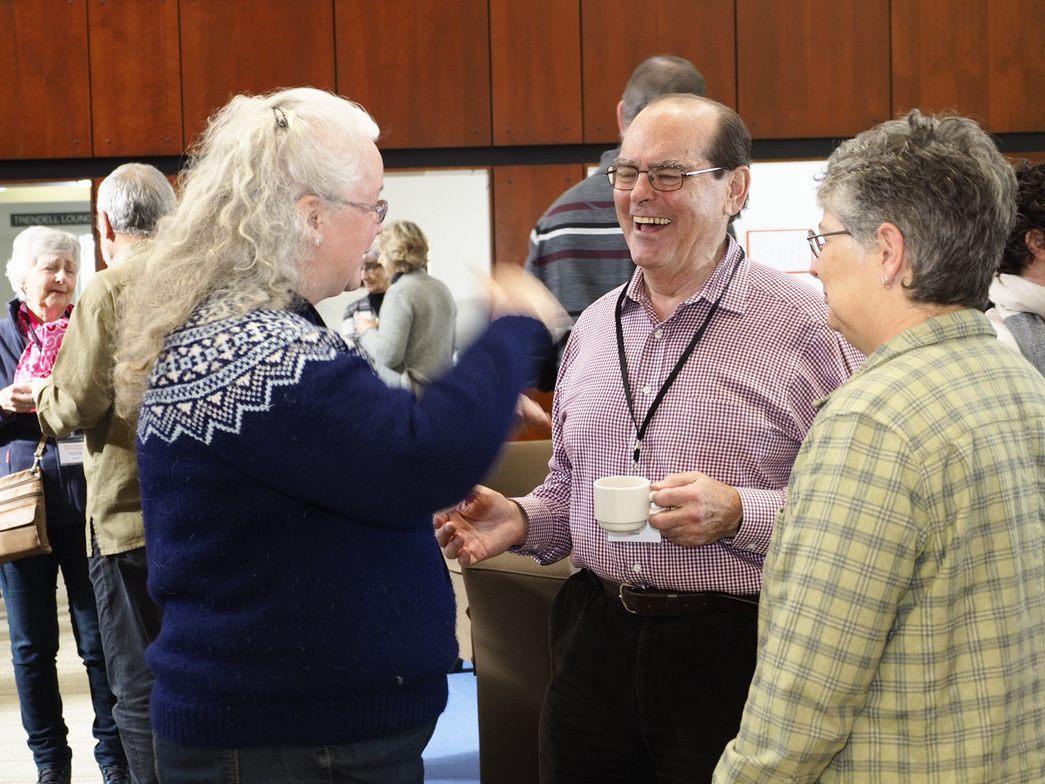 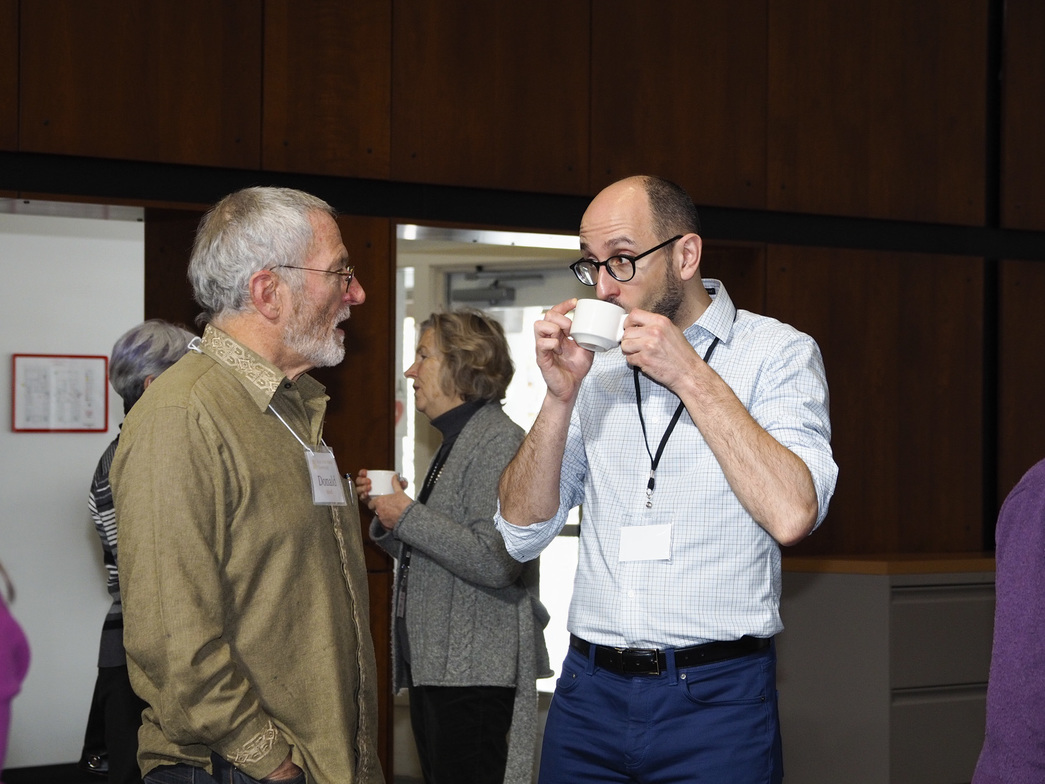 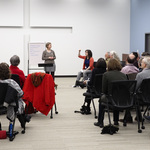 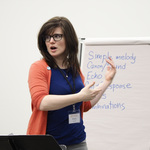 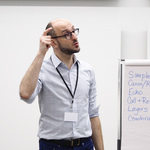 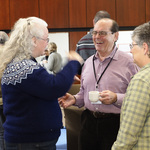 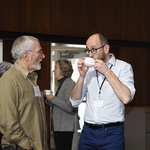 February 23, 2018, the Lower Mainland experienced a late winter snowfall of 20-30 centimetres. This snowfall included some pretty chilly temperatures to go with the cold white stuff and the slippery roads. However, that did not prevent the arrival of the Music That Makes Community (MMC) team: Lonnie Delisle (Vancouver {Friday Night Community Sing}), Hilary Donaldson (Toronto), Co-founder, Donald Schell (San Francisco), Paul Vasile (New York City) and Scott Weidler (Toronto). The MMC folks were contracted by Vancouver School of Theology (VST) and the diocese of New Westminster, admission for the two events, the February 23 Community Sing in the Conference Room of the Synod Office and the all day February 24 workshop was free, but registration was required.

There were 30 participants in attendance at the Friday night Community Sing despite the weather, much to the delight of the organizers and the MMC team.

Music That Makes Community (MMC) is a non-profit organization that for over 10 years continues to work with ecumenical communities all over North America to improve, liberate and empower the spiritual lives of faith communities through singing.

The Saturday workshop (February 24) also held in the Conference Room at the Synod Office, 1410 Nanton Avenue was attended by 40 registered participants some who had travelled to Vancouver from: Calgary, BC’s Interior, Vancouver Island and Washington State. The largest representative group was from the diocese of New Westminster.  St. Christopher’s, West Vancouver had a group of four at the workshop. The workshop had reached its full subscription number of 60 two weeks previously, however the inclement weather did affect the turn out.

There was a great deal of information to share and the MMC team approached the day well organized and brimming with enthusiasm. Each of the leaders took responsibility for at least one of the more than half a dozen learning sessions.

MMC leaders demonstrated the variety of song forms and asked their fellow team members to model those forms followed by an invitation to the plenary to reflect on what happens when we learn sung music in this way.

When asked to comment on the MMC team’s experience, Paul Vasile wrote, “We were delighted to be in Vancouver for the first time and amazed at the energy and spirit we experienced in our work together. Plans are underway to gather a group of leaders again, and look forward to supporting a community of paperless singers in the area.”

(The preceding is an excerpt from the full feature article that will be published in the April 2018 issue of Topic, the publication of the Diocese of New Westminster)